Pin layout of RAMPS Plus2 board?

I've temporarily acquired two different 3D printers that I'm helping someone reassemble. They are delta style printers that at one point worked great. They were being stored in a large community warehouse type place and somebody that shouldn't have had access pilfered them for parts. Well anyhow I've got them 99 % of the way reassembled. Everything physical is back into the right place and now I just have to wire it.

Here's a photo of the board: 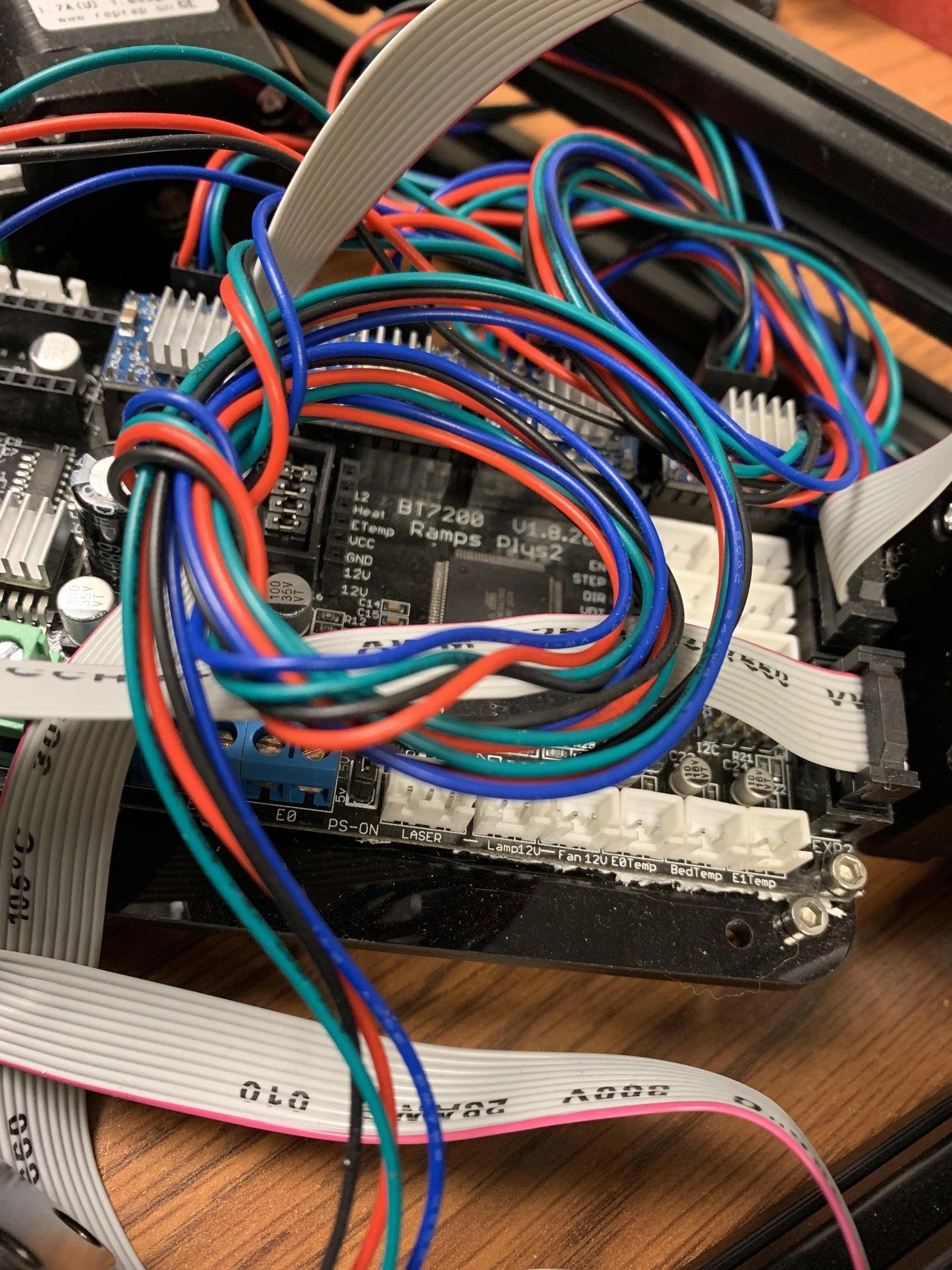 It looks like a "BT7200 V1.8.26 Ramps Plus2" board. I also recently bought that pictured meanwell power supply.

I googled the board and instead of a wiring diagram or anything just found several similar questions to this like "anyone familiar with?", "marlin pin details?" etc...

If anyone is either familiar with the board that can point me in the right direction for guides as far as these style/brand of boards? What the heck even are "RAMPS" boards? The only thing I've ever wired up is Creality and BTT mainboards meant for an Ender 3.

RAMPS boards are one of the oldest types of boards, in Marlin firmware there is a whole section available. Actually, the first were shields that were pressed on on existing Arduino atMega board. Later, the microprocessor was placed onto the shield to become fully integrated boards. Basically, pin layout is very similar for these boards but small differences exist. In Marlin software pin definition you see that the basic layout is read, after which small changes are read over.

The board can be found by e.g. searching for “HE3D Ramp Plus 2 mainboard for the tricolor/K200 DIY 3D printer kit” and appears to be fully compatible with the RAMPS 1.4 pin layout, which is found here.

Snippet from the description by the seller:

Ramps PLus2 is suitable for all kinds of 3D printers, such as UM, Reprap, Detla and Kossel, CoreXY and HBot, SCARA and so on. Four layers of exquisite workmanship, from millions of automatic patch production line.

Not the answer you're looking for? Browse other questions tagged electronics delta ramps .