I recently started printing with an Ender 3 V2. I got a few good prints out of it, and then I have had nothing but issues.

Basically, I can start a print, and after about 10-15 minutes, the temperature will decline from 200 °C to 195 °C, triggering a thermal runaway alert, (low temp), and then cancel the print.

Here's an example of the hotend temp profile: 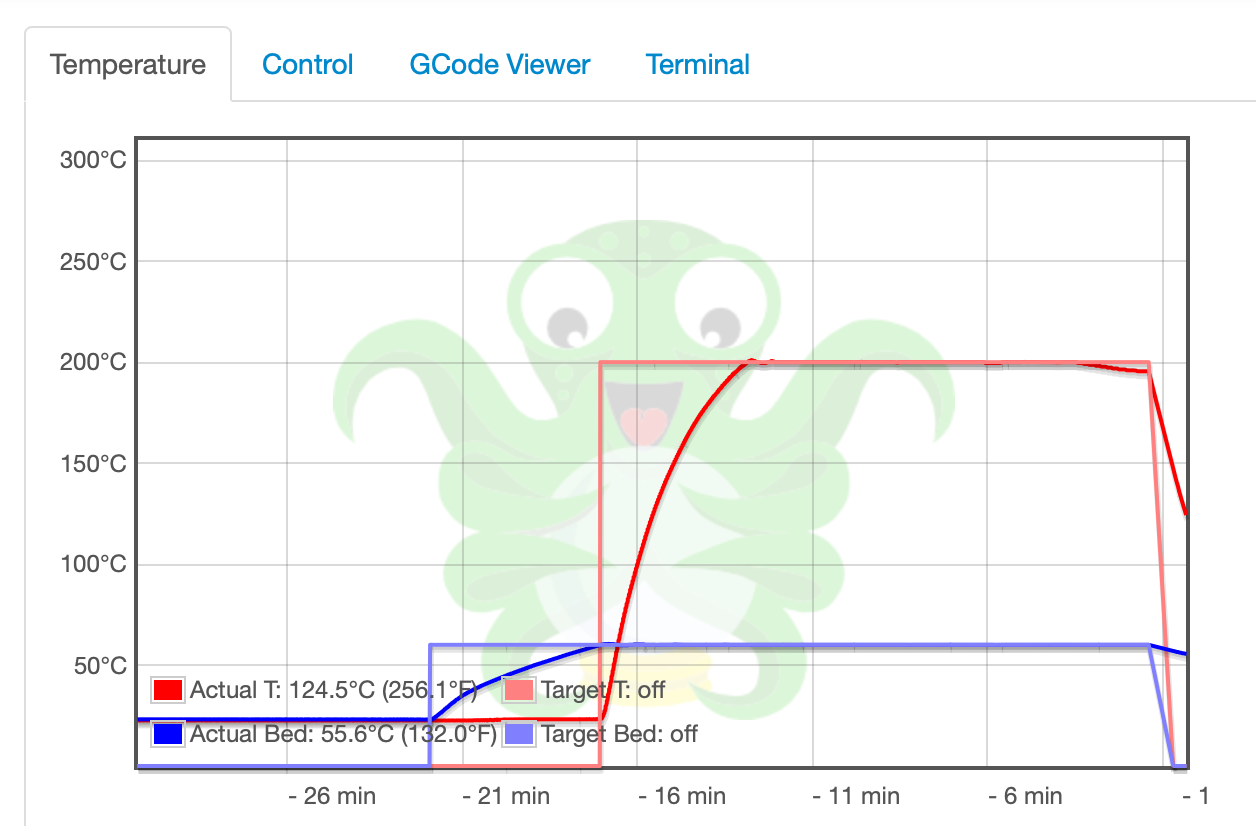 One thing that did seem to save a print was that when I noticed the print temp dropping, I paused it for about 30 seconds and then resumed, and then the temp recovered up from 198-200 °C for a bit. But that's obviously not a solution.

I'm lost, don't know what else to test/calibrate, any ideas?

Well, this was a setup error. I am amazed it worked at all, but the reason this was happening was that the power supply was set to 230 V from the factory.

I am in the US, so the household current is 115 V. Once I switched the voltage, the printer has been very reliable, and I am not seeing heat drop-offs anymore!