Which 3D printing material is best for floating designs?

I am trying to print a shape (e.g. square container) using clear resin. However, I am facing the problem of the design sinking when I put it water. I am right now trying to make it hollow from the inside in some spots to reduce its density, but not sure how far can that take me. It is necessary for me that the print floats! 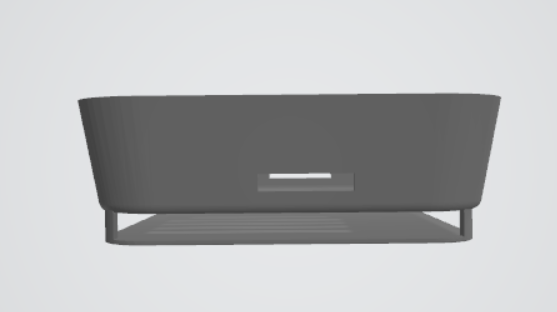 Do you guys have any tips? like a different print mater? or a change in shape that will help the design float?

Floating designs are exactly that: designs. If the design is made to float, and your printer can create a watertight shell (which is a different problem than the material), then you can use any material. Well, almost any, because:

Only one caveat remains

The only type of material that isn't suitable is any material that will dissolve in the fluid it will swim in. Like PVA in water.

Otherwise, the material only matters for other properties, but not for "it can float".

How to design a floating item?

When does a design float? Well, the rule described by Archimedes is often described as "An item floats if when the volume of water it displaces is lighter than the item." In other words: if its density is lower than water.

However, it's not that simple after the first look: What is the volume and weight of the boat? After all, we can make steel, which weighs upwards of 3 tons per cubic meter float while water is only 1 ton a cubic meter. What is the mystery part? It is simple: the underwater ship does not allow ingress.

So, we want a solid wall from the lowest part to the line the item will sink into when it reaches equilibrium. That's the draft depth. For ships, there is a formula to quickly calculate the draft depth based on knowing how much water will be displaced:

The second method also works for tilted or very asymmetric shapes (like a bot listing), while the first is roughly over the thumb.

Now, how does that help with the design? Remember, we had sealed the slots earlier. If the slots are in any way below our draft depth, then water ingress happens through that slot - and the slot will have to be moved above the draft depth.

There are several adjustments to get the item to have a lower draft, but all of them boil down to reducing the density.

In the case of your design, the hanging floor of the basin can have a lot of it cut away and turned into a grid of sorts, which would reduce the impact this part of the print has to the total density.

You could also move the slots up enough so that it will be above the waterline, even if filled to an expected degree.

If you really need to include voids, you will need to alter your printing code in between layers, because resin printers don't typically raise the print fuly out of the resin vat and have such hollows filled with resin as a result. And please try to avoid Cupping

Not the answer you're looking for? Browse other questions tagged 3d-models 3d-design resin water-resistance .

3
Why is cupping bad in SLA prints?
1
Fluid resin gets trapped inside my prints

1
What is the best material for printing an anatomic bone model?
3
How could I print a large sphere-like object?
4
Material for printing orthotics
5
Which filament to use for an application involving water circulation?
0
When 3D printing a hollow box, what is the best course of action?
0
Vertical 5 mm diameter hole comes out fine, but diagonal 3 mm holes keep collapsing
1
Which 3D printer to print heat-resistant material?
2
Best practices for handling units for 3D printing with Blender