I bought an Ender 3 recently and it has the 4.2.2 Creality board. Then I bought a BLTouch to upgrade it with bed leveling. It turns out that the BLTouch now comes with a standard 5-pin connector instead of the separate wires that all the tutorials talk about. How do I install the thing?

The BLTouch now comes with a standard 5-pin connector.

and that connector is supported on the board that seems to be shipping with Ender 3s these days, the Creality 4.2.2 board (Notice it's in the bottom right and says BL_T next to it) 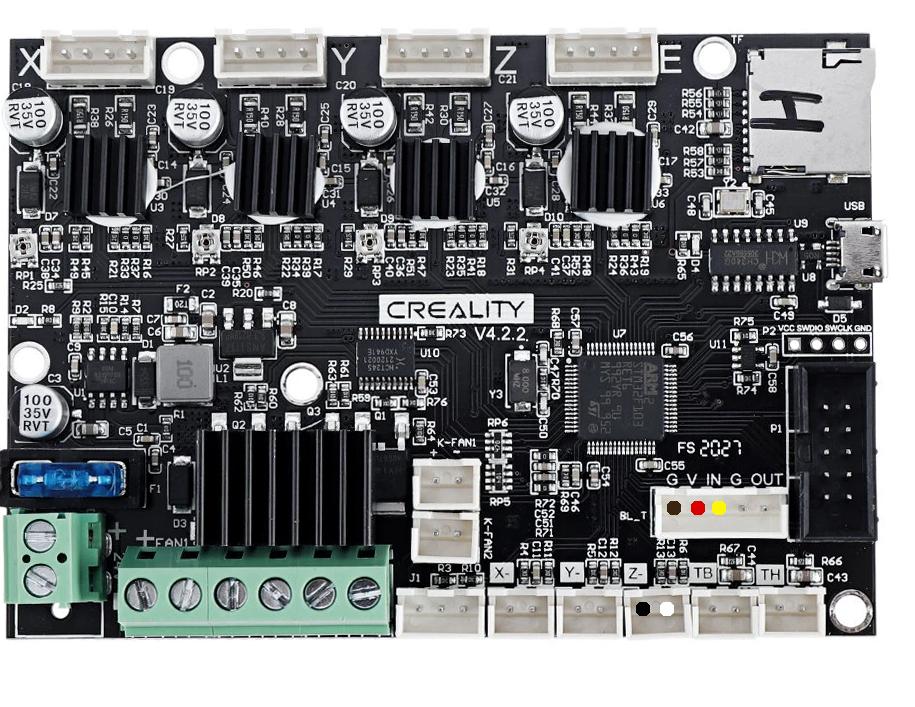 This is intended to make installing things easier. Since I also had a new hotend I was installing, I needed to go the route of configuring my own firmware. If you don't need that, you can be lazy and snag the pre-built firmware from Creality's website here.

If you, like me, go the route of building your own firmware, there's a lot of steps, and I'm sharing the results of 2 days of effort. To do this, you get to become a software developer for the next few minutes. Follow along carefully, as any misstep could be really really annoying.

0
Z-min always open when using BLtouch and Marlin 2.0
3
Is Creality Ender 3 V2 Supposed To Come With Board V 4.2.2?
4
Ender 3 Pro will not auto home correctly after mainboard & BLTouch upgrades
1
Problem with BLTouch on Ender 3 Pro
1
Ender 3 board 4.2.2 BLTouch 3.1 crashes into bed during autoleveling