How to fix a tilted gantry on a Weedo Tina 2?

I recently ended up detaching the Bowden tube of my Weedo Tina 2 to get a stuck piece of filament out. I think I may have ended up pushing the gantry out of true because this issue started right after.

When I perform automated bed leveling, the nozzle is pushed into the bed. Printing with the previously good Z offset results in the nozzle carving a pattern into the bed. I needed to adjust the z offset slightly past the point where the hall effect sensor's led turns off. I can lift the side opposite to the screw slightly and this lifts the nozzle relative to the sensor a bit.

I managed to print the bottom layer of an object that occupies most of the bed. In this image, the lower right hand corner where the layer is thinnest is towards the single Z-axis screw. The opposite corner is slightly detached from the bed, as is the entire edge on the non-drive side of the gantry. During the printing of the raft, I could hear the filament feed motor stick as if the nozzle was so hard against the bed that it blocked the filament completely. 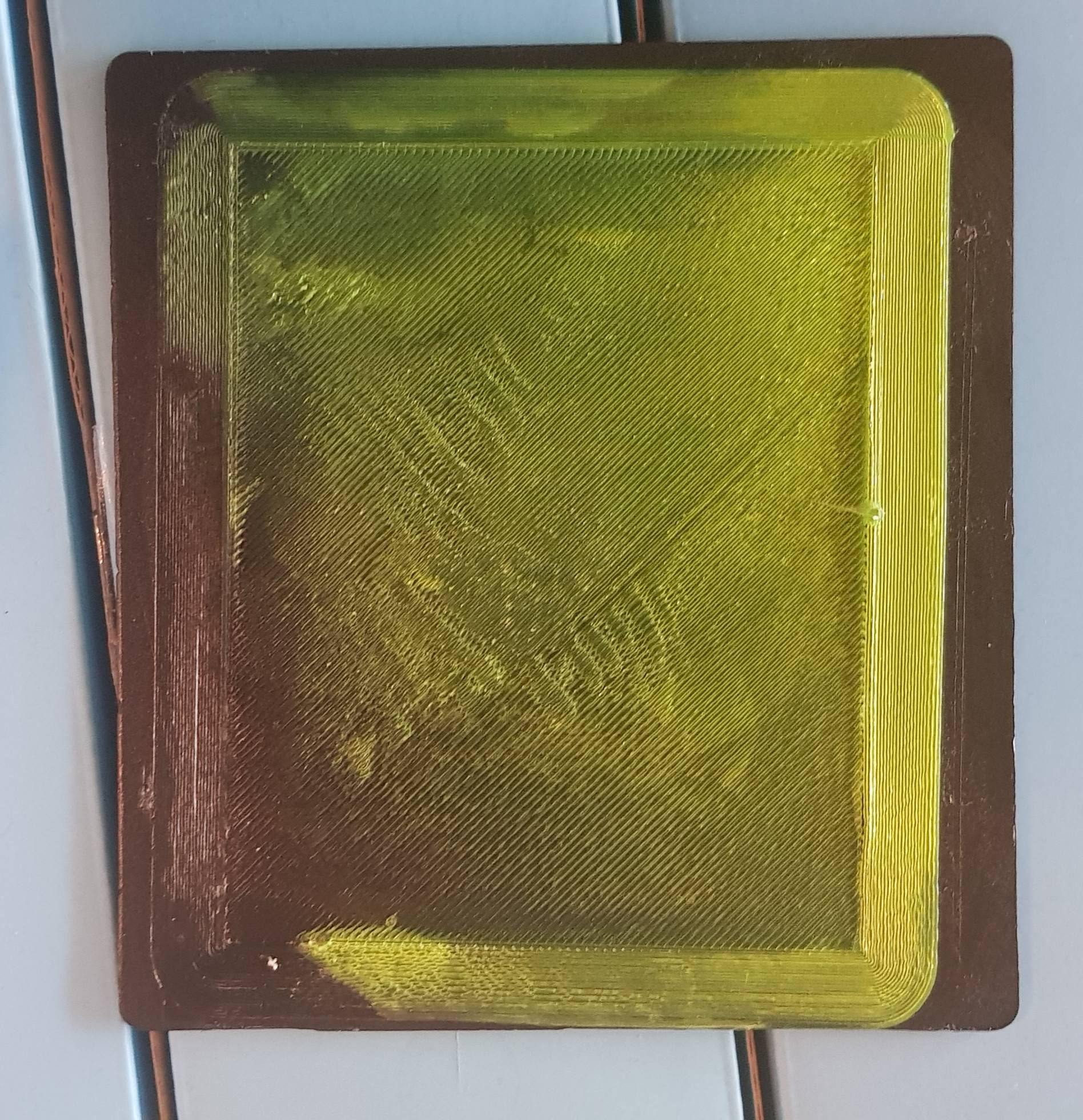 Experimenting with a small magnet, it appears that the hall sensor's indicator light turns on when the magnet is slightly above the level of the nozzle. Hand-turning the z screw with the bed offset to one side indicates that the sensor lights up when the nozzle would be in the bed. The magnetized part appears to be the bottom of the detachable bed, but the sensor doesn't light up with either side of it touching the sensor.

There is definitely some play in the non drive side of the gantry. It is easy to lift that side a bit. Also, I can see divots in the bed where the ABL has driven the nozzle in.

Here's the back and front of the gantry:

This one is from the top, the non-drive side:

Some poking around led me to notice this: 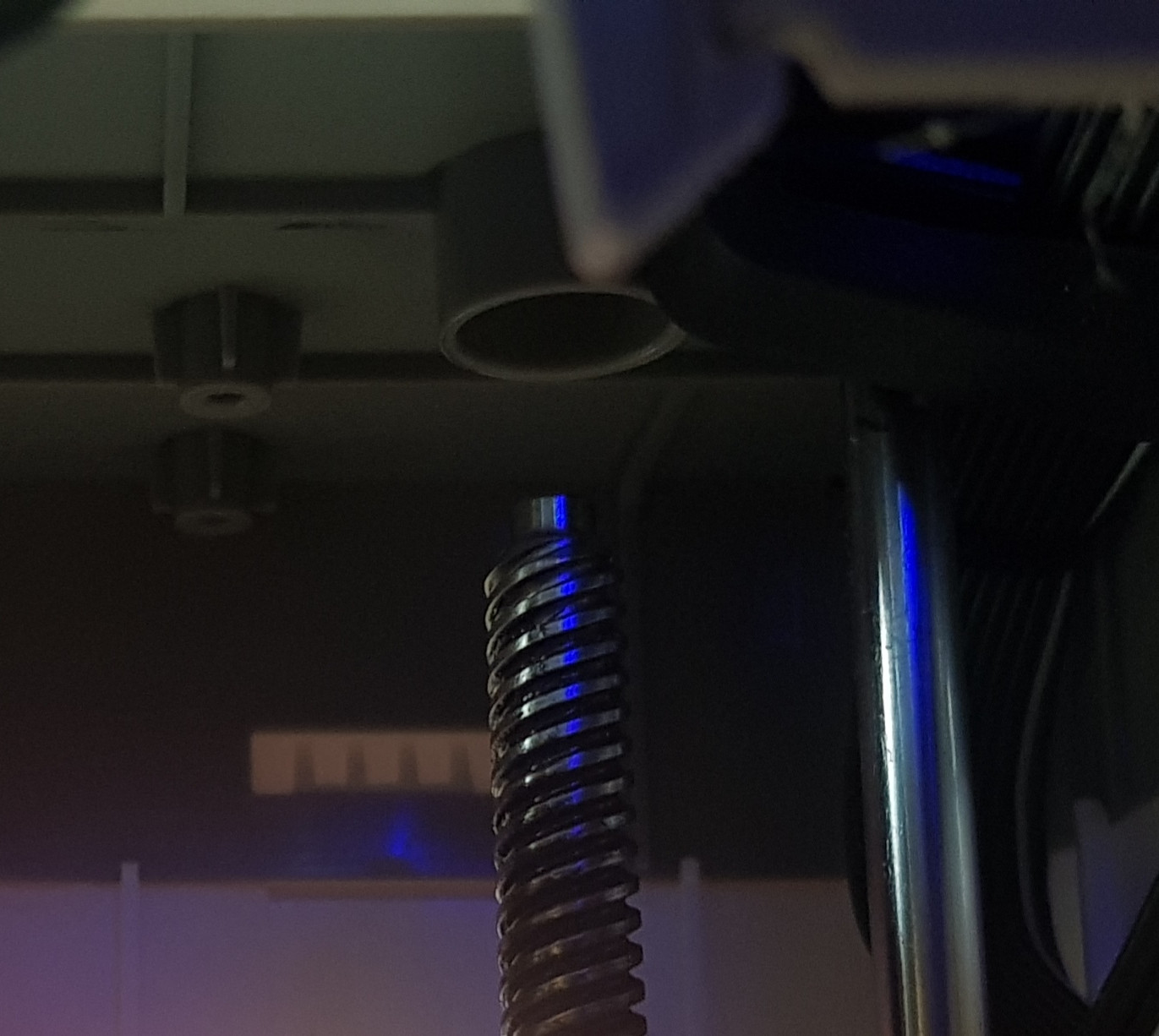 It appears that the top of the Z-screw is unsupported and, with the gantry down, it points slightly off the slot that looks like it should hold some sort of supporting bearing.

Supporting the gantry with a finger during the print job results in an evenly printed raft but I am not about to spend half an hour as a structural member.

As mentioned, I believe the gantry has become slightly tilted, but it could be an issue with the hall sensor. Is there a way for me to fix this?