What are main differences between rafts, skirts and brims?

I would like to understand the differences between rafts, skirts and brims. They appear in the software which I'm using to edit my 3D objects.

Rafts are a few layers of plastic a placed on the printing surface before the object is printed. If non water dissoluble filament is used, a bit of an air gap will be placed between the raft and the print itself so it can be removed easily. A raft can help a print stick to the printing surface as it normally has a larger surface area than the bottom of the print. It also allows the bottom layers of the print to contact another layer of plastic so there is less spreading compared to printing on the printing bed itself. 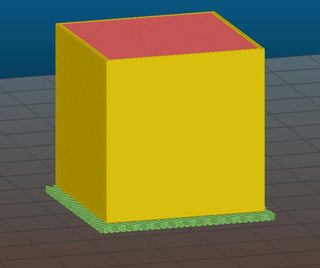 Skirts are loops of plastic that are extruded around the object that is being printed. On the first layer this allows the filament to get pushed through the extruder so that a steady flow can be established. A multiple layer skirt can be used to create a blockage around the print so there is less air movement on the print and the print can cool slower. 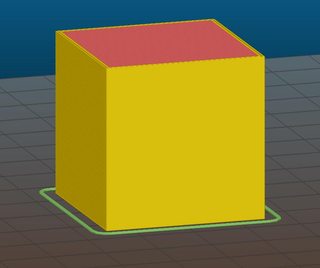 A brim is a layer of plastic that is placed on the first layer of the print go allow for better adhesion to the printing surface. It does not extend under the print as a raft does, but only goes from the edge of the print to a set distance away. 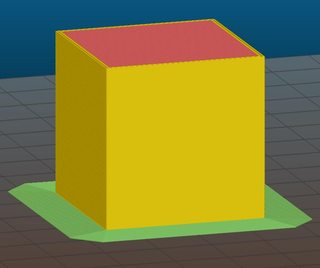 All three of these features are used to improve the quality and success rate of prints, especially those failing due to issues on the first few layers, or due to the small size of the first layer.

A raft is a horizontal feature made as the first few layers of a print, and is used to help with bed adhesion issues, primarily used with ABS. The first few layers printed are the brim (typically prismatic), with the part itself on top of it (with a small separation distance to aid in separation, to allow the part to be removed from the raft). This separation distance needs to be adjusted to allow the first layer of the actual part to adhere, but also for the raft to be removed easily.

A skirt is a single-layer feature designed to help extruder priming and to establish a stable filament flow for an optimal first layer. They are generally a few passes around the first layer "footprint" in the rough shape of the first layer, but they do not touch the part itself or help adhesion directly (although having a primed and ready extruder helps extrusion on its own).

A brim can be considered a skirt touching the first layer shape. It is used to help adhesion, and increases the first layer surface area (thus having more area to adhere to the bed). Brims are best used for parts with small first layers that fail to adhere properly. They are generally done as perimeters (as opposed to the crosshatching of infill) to be easily removable without damaging the part.

16
When should I use a raft, when should I use a brim?
6
What's the purpose of the “outlines” around prints?
4
Random lines are being printed?
4
3D prints keep suffering from warping
1
Cura grey large grey area, almost nothing fits…

12
How to easily get rid of rafts and support structures?
5
What tweaks do slicers use to get rafts to stick?
8
What exactly does automatic bed leveling do?
2
Setting up a brim/raft for only a portion of the overall print
1
Sketchup designed object printing first layer incorrectly