I am new to FDM RP. I've done a lot of work on ZCorp and Connex.

The question is can vectors curve drive an extrusion nozzle? Within a 3D volume I can generate curves that I want the print nozzle to follow. Is this possible or has it been done? If so, what software or is there a hack?

Another question is, can you print a part with no sidewall or containment boundary?

Just for the fun of it and perhaps to contribute to this question, I opened my recent task in Simplify3d slicing software. Setting the perimeter walls and top/bottom surfaces to zero did not generate an error as I expected.

The print preview, essentially a g-code viewer, presented the model as only the honeycomb infill for which it was configured. Having zero layer thickness for the top/bottom also prevented features from printing that were composed of only walls without infill. Small details that otherwise print well were lost completely.

I can see that properly designed models printed with certain infill patterns and percentages would be quite artistic.

With respect to the first question, one could create a program to accomplish the desired result if one were an experienced programmer. It would be a matter of converting a specific set of vectors into g-code for the printer. I'm familiar enough with g-code to know that a well defined curve is easy enough to create in g-code but only if the mechanicals support arcs. If not, it's not so easy. The conversion from a vector format file to g-code would require a talented programmer indeed.

I suspect there are talented programmers "out there," but one must be suitably skilled and equally suitably motivated, yes? 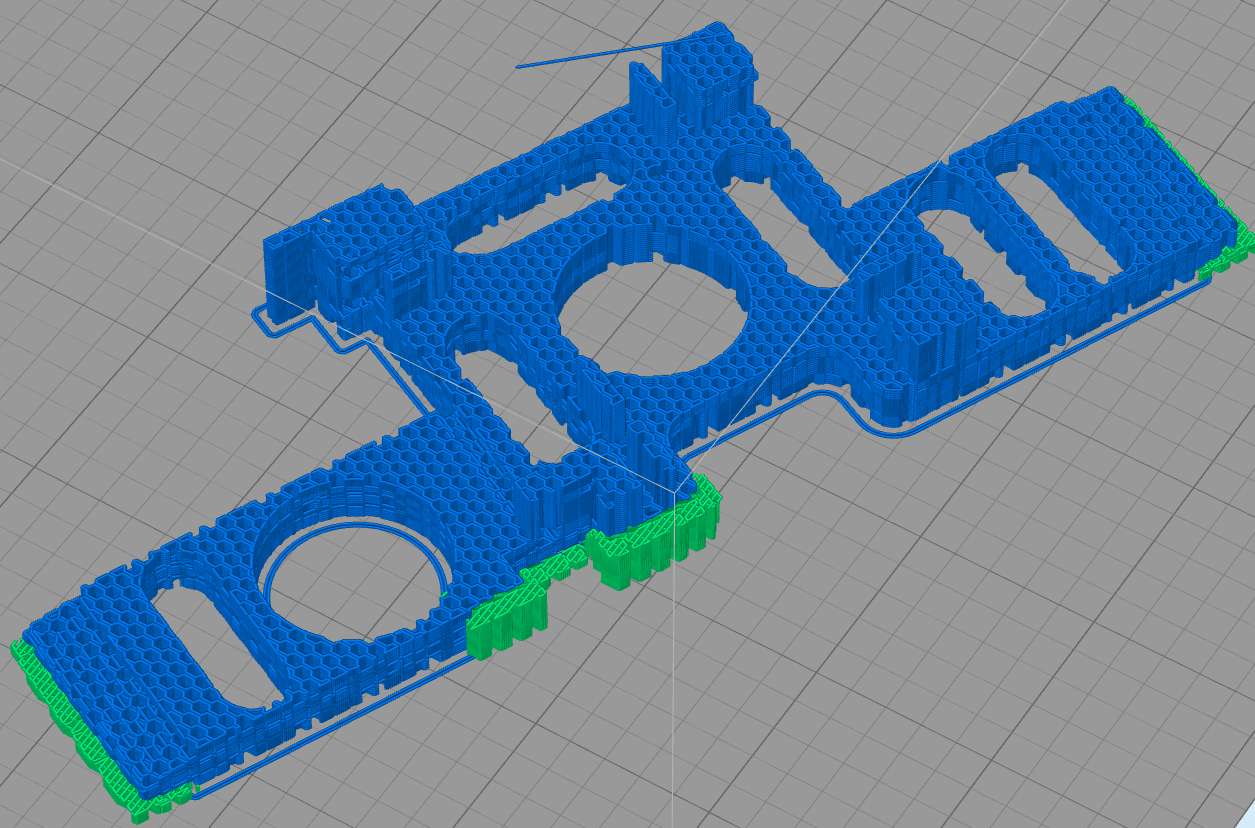 It's not difficult to write software that converts a curve to gcode (break the curve into small lines and emit a G1 command for each line) - however, it's way easier to work with solids since the toolchain supports solid really well and curves not at all.

Just create a solid with your curve as a wall and everything works.

For the second question, no top/bottom works with every slicer I tried (set the top/bottom to 0 layers/height) - Cura seems to support no walls by setting shells to 0 (but I only checked layers view, I didn't try to print).

I have not seen any software that will create just the infill geometry without any bounding surfaces. This would be such a specific use case that it is unlikely to appear in current software. That is not to say that it couldn't be done, but you would likely have to implement such a feature yourself.

Not the answer you're looking for? Browse other questions tagged 3d-design slicing slic3r or ask your own question.

1
Can I design or remix a model in SketchUp Make and legally share it via Thingiverse, MyMiniFactory or similar?
1
Thoughts on designing and printing 3D miniature house
3
Where is the line between "inspiration" and copy and derivative?
7
Ender 3 severe under-extrusion
2
Minimum material deposit threshold in slic3r
4
Slicing directly from non-mesh data?
2
Printing and slicing big pieces with Elegoo Mars (Pro)
3
Slicing a non-closed mesh - extrude only on faces, no volume