What causes these round corners 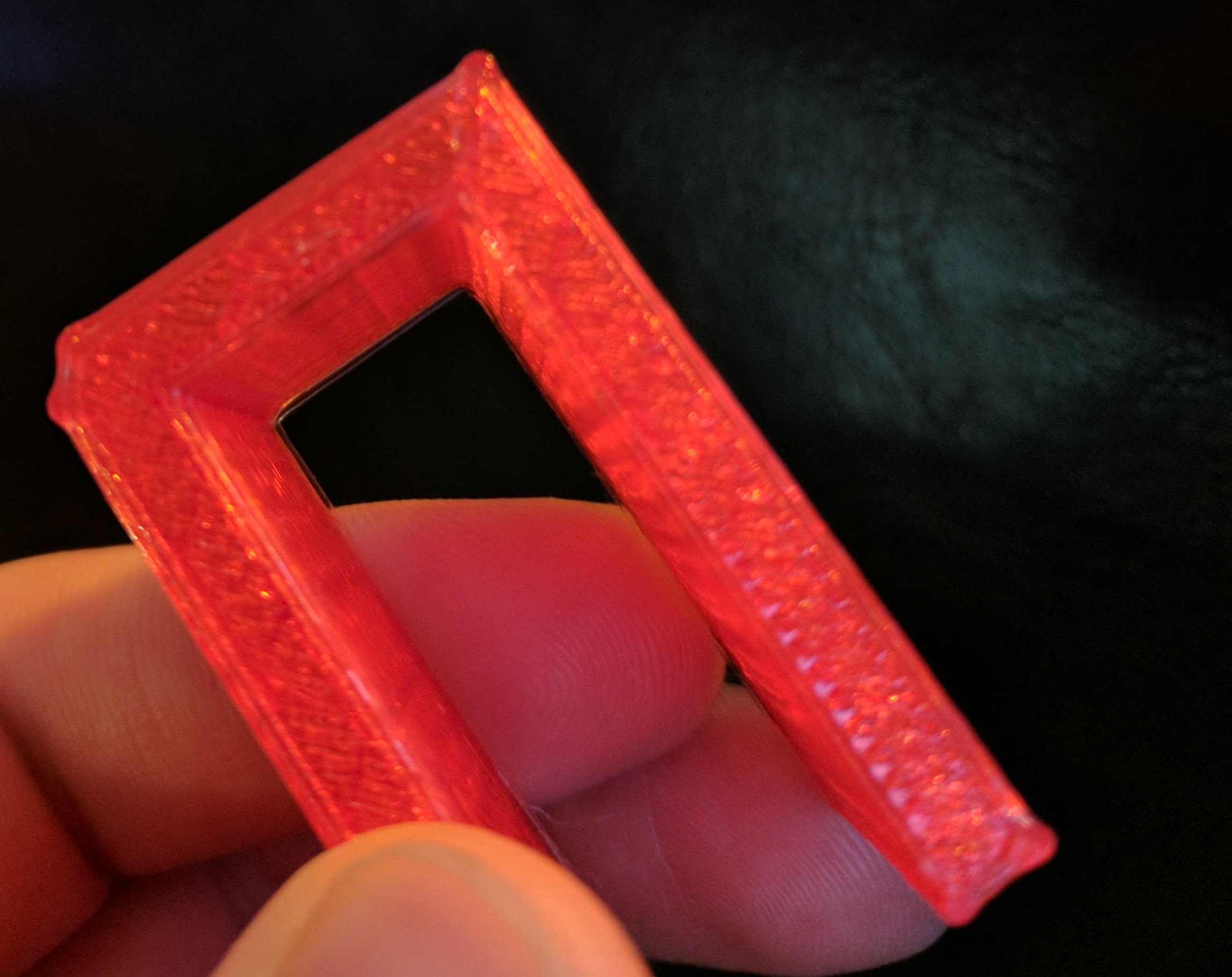 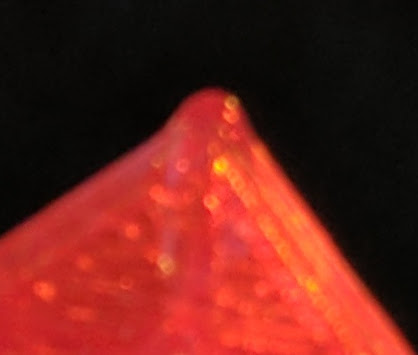 If it's on each corner, and not the layer change corner, it's a combination of overshoot and the short "pause" of the printer when it changes direction.

You can minimize it, but it won't go away 100% (due to overshoot from direction changes), usually models with a slight rounded corners work great. If you, say, increase the jerk as an experiment and they get sharper (but you obviously have to deal with potential ringing artifacts) then it's due to that pause and acceleration after a direction change.

I would try lowering the temperature a bit to slow the flow/oozing of the nozzle and calibrate extrusion - just to keep the settings tight as possible to keep dimensional accuracy, but not under extrude obviously.

If it's where a layer change occurs, tweak and play with retraction settings - such as coasting and extra distance on restart (you can put negative values here). Once those are set, as an advanced tweak, try to max the z speed... Obviously this involves motor current, testing for skipped steps etc... but this would make the layer change a bit quicker, to further reduce oozing, due to the delay in layer changes if retraction settings don't fix it.

Usually, you can fix the corners with retraction settings but then it can mess up other parts of a model, since those settings are global... I wish slicers were more intelligent.

Oh thats simple. First you will see the "elephants foot" on first layers if you have the extruder over-extruding or do not have enough distance between the bed and nozzle. 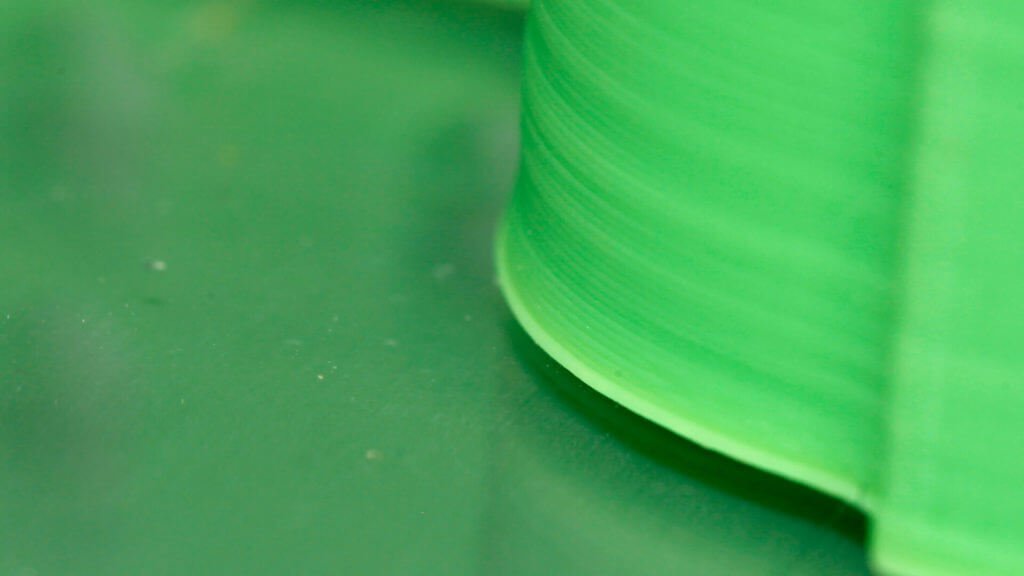 It's very common that the first couple of layers of a print is wider than you expected them to be. This is because you will generally want to make sure the first layer is nicely squished into the build platform so that it sticks properly. By doing this the plastic gets squished out into a thicker line than normal and thus the bottom of the print will bulge out a bit like an elephant's foot. You can decrease this effect by leveling your bed so that the nozzle is slightly further away from the bed and lowering the bed temperature a bit. It's hard to get rid of this effect entirely without sacrificing bottom layer quality and bed adhesion. It will be easier on small prints as they are less likely to warp and detach from the platform and you can therefore get away with not squishing the first layer as hard.

If you are seeing this on all layers. That means you have oozing. When your printer hits the end of the line. It has to slow down, stop and start the next vector. During this time if your printing very hot, you will ooze material at this intersection. Also the extra time over that spot mayhaps also warm the corner, causing more disruption. Best thing in this situation is to verify you cannot lower temps more. Add a fan. Also double check that you are extruding the exact amount you think you are. (distance of material and the material size average)

I will note, I don't think thats too bad. If it needs to fit into something, just clip it.

Three factors that will impact the 'sharpness' of corners, first is your extruder speed, second is retraction rate and third is nozzle diameter.

By slowing down your extruder will be able to track the features of your model better. I generally try to print with extruder speeds of ~10mm/s which gives fairly good results. The nozzle diameter will be the most extreme limiting condition on how sharp you can get your corners. This I think is likely your issue.

Retraction rate could have an effect on the corner sharpness. I don't think that's the problem you're experiencing but worth mentioning. Depending on the specific geometry if your nozzle stops at a corner while it raises in Z if your retraction is too low additional filament can ooze out making the corners appear more rounded.

Typically a nozzle diameters are about 0.4mm which is pretty sharp, however if you have something larger that could effect it as well. Again, not your specific issue but something to keep in mind for future builds.

Your printer is over extruding.

The nozzle diameter should be the same as the extrusion width (both 0.40).

When you set the width to auto you get a bigger width. I don't really know why, but it was told me so.

If you print 1.75 mm you have to measure it and (the actual diameter is often around 1.78 mm, maybe less too). The multiplier of 0.9 is because PLA is softer then ABS for example. Maybe you should try other multipliers as well, maybe down to 0.85 in 0.01 steps.

I hope you can figure this problem out. I am experimenting by myself for days now to get it as sharp as possible. The goal is to get an edge with the diameter of the nozzle - not a bit more.

Not the answer you're looking for? Browse other questions tagged extrusion or ask your own question.

9
How thin can my extrusion be from a 1.2mm extruder?
7
Extrusion adjustment
6
Slic3r under extrusion
7
I am experiencing some severe under extrusion
9
Slicer line width vs. extrusion multiplier for layer adhesion?
12
Isn't using the Extrusion Multiplier like cheating?
4
How is E value calculated in Slic3r?
1
Optimum ratio of line width to layer thickness for overhang performance?
1
Causes of over-extrusion?
0
What is cause of blob when layer area reduces by 50%?