Dimensions off on final part

I've confirmed that all my belts are tensioned properly and lubricated correctly. I haven't seen a calibration step that would correct for this issue short of manually scaling my parts to correct for the offset. The offset appears to only occur in the XY axis, never seems to happen in Z though

Example: In the part modeled I had the width designed to be 35 mm (face to face, parallel walls). It doesn't seem to matter what size of part I have the final dimensions always seem to be off by about the same amount. 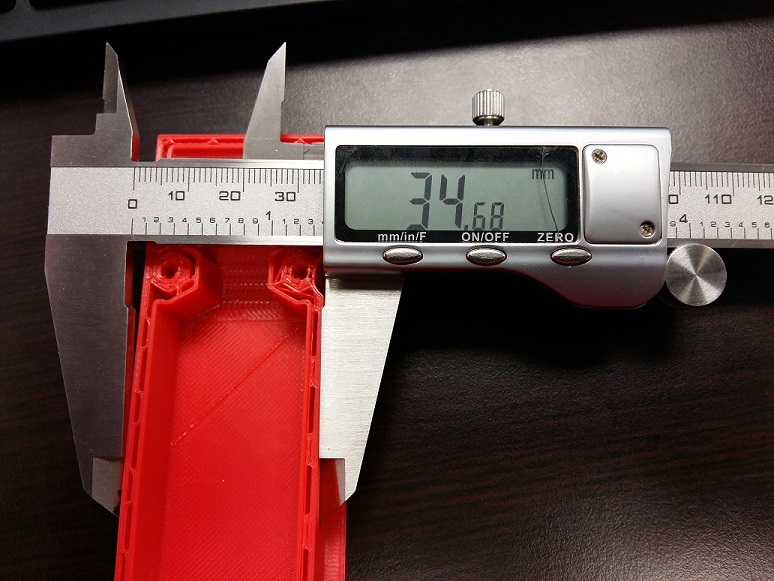 Yup that is what happens. It is simply the plastic cooling and shrinking. It will happen on just about any printer. 0.3mm on a what 40mm part. That is 99.3% on target.

There are some great blog links about it, and here is a Stack overflow where I talk about it more in detail.

The only mitigations I can think of is 1) use a hear chamber. 2) use a SLA 3d printer.

I wouldn't worry about it. Just make sure your designs have good tolerances.

Not the answer you're looking for? Browse other questions tagged makerbot calibration .