A message from our CEO about the future of Stack Overflow and Stack Exchange. Read now.

I've build a 3D printer from sourced parts and mounted the hotend cooler to blow air over the heatsink.

Talking to a friend, he said it's better to reverse the airflow over the heatsink, but couldn't give me an argument other than everywhere he saw it was like this: all coolers are mount to suck the hot air away from the heatsink.

Is it one way better than the other way ? And if so, why ?

Getting hot air from the radiator is definitely wrong idea because of few reasons:

Of course we are talking about 3D printers with small plastic fans. Please notice (almost) all fans construction: they are designed to get air from the top of the fan and push it to the bottom (this construction prevents damaging/plugging fan motor by dust)... and their mounting wholes (or clips) are usually... naturally suggesting to direct air to the heatsink)

In the case of 3D Printing, it's going to be faster to cool the radiator by blowing out the heat from the source.

The idea is that you're trying to get rid of as much heat as possible in the quickest means possible. By blowing away from the radiator, you're allowing the ambient temperature to cool the hot air being blown out.

Example of bad airflow, which will take much longer to cool the radiator: 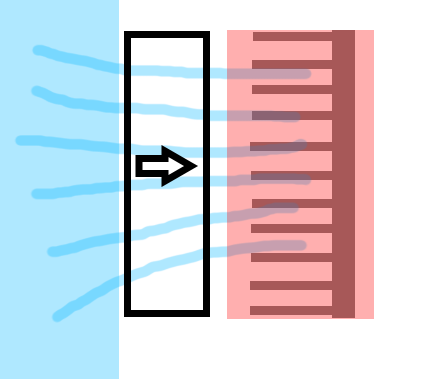 Example of good airflow, allowing the hot air to be quickly cooled by the ambient temperature of the build space: 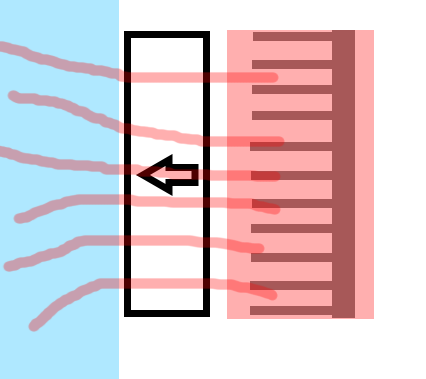 Not the answer you're looking for? Browse other questions tagged hotend cooling or ask your own question.

2
Aluminium cube - fan and hotend mount - is it worth it?
7
Why does my part-cooling fan cause stringing?