I am planing on printing something that will make contact with PCB boards. The print will be most likely to be in PLA. I don't want to fry the PCB board so I want to know if 3D printed PLA objects are conductive.

Normal PLA is non-conductive. You can take an $\Omega$-meter to a test part if you're really concerned somehow you have some PLA that is conductive.

There is a caveat that your color may include metal flake or graphite of some kind. Depending on the density it may be conductive. But I've tested my silver on hand and it gave me infinite resistance. 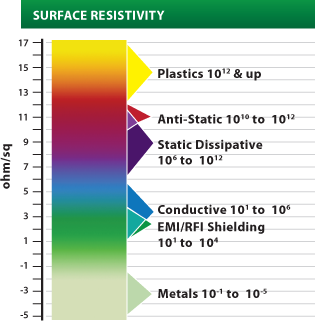 However, PLA can be mixed with some amounts of a conductor as graphite, making the filament a conductive material (not as good as, by example, copper). This filament can be used to create some kinds of electric circuits.

Other additions (coloring, ...) could also change slightly its properties.

PLA is non-conductive at room temperature, but when you heat it up over 70 C it is no longer as great an electrical insulator as the part will begin to fail. These temperatures could occur in electrical shorting situations or even increased electrical resistance in a circuit over time. I would hesitate to use PLA in electrical scenarios with a lot of load. As the resistance drops in the PLA (The resistance is still very high) and load begins to run through the PLA you have a recipe for a fire.

The other problem with a printed PLA part is that many times they are permeable to liquids. This means that if you say you get salt on them say from your hands and condensation say from your humid living environment... current cant pass through your plug.

It's non-conductive, but I would check to make sure with any colored filament. Black may have iron oxide or carbon black which may give it minor conductance.

Not the answer you're looking for? Browse other questions tagged filament pla material or ask your own question.

5
Bronze Filament Problem
6
How to create attachable/detachable printed parts
21
Which is more durable to sunlight/weather - PLA, ABS or PETG
26
What is PLA+? How is it different from PLA?
4
Oven/Food safe Filament?
4
Reasons for a PLA print not sticking to bed all the sudden?
6
What is the thermal conductivity of various 3D printing filaments?
3
XYZPrinting Premium Metallic PLA Conductivity
5
Which material "creeps" (plastic deformation) the least (or nothing at all) under pressure after being printed?
1
How to smooth PLA Prints without using sandpaper, solvents or paint