I've created a model in OpenSCAD, mainly some cubes (not really cubes, but lengthy braces using cube()) and cylinders with cylindrical holes in them, to hold several PCBs.

The barrels will accept a 3 mm PCB standoff, which will then hold the PCB.

I would like to print the top view in the exact measurements on paper, to check for alignment before printing the bracing on my 3D printer.

The tool I'm searching for should be able to generate a drawing of all edges seen from one side, like a technical drawing.

I've used FreeCAD and OpenSCAD for now, but any tool running on Ubuntu should be fine.

OpenSCAD has a great feature called projection which allows you to select a vertical location and effectively "cast a shadow" of the part. The projection becomes a 2D object scaled to the original model.

One can rotate, translate or otherwise transform the model prior to performing the projection function, in order to get the appropriate 2D drawing.

The resulting "model" is rendered using F6 and can be output as .DXF or .SVG as well as a number of other formats that might not be as useful to you.

EDIT: I've been recently using Onshape to create drawings from 3D models. It's also a free program, browser based which allows you to import your STL model (or other acceptable formats). Once imported, a drawing can be created with three-view and isometric, or you can edit to create only a single view. This can then be exported/downloaded as a PDF.

The screen capture image below is from a project I've recently created. The original STL file was imported and the result is quite clean. 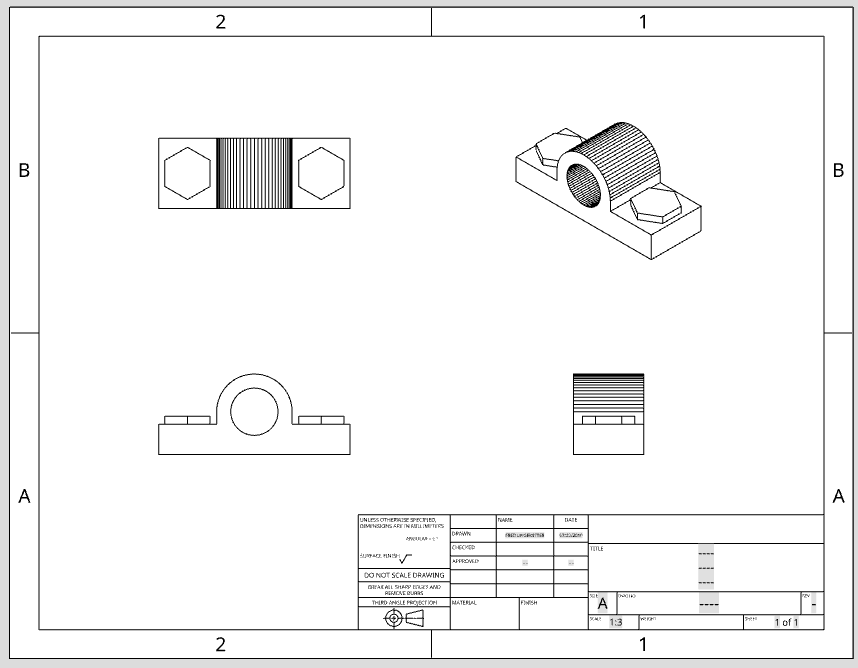 Not the answer you're looking for? Browse other questions tagged software or ask your own question.