I am using a Prusa i3 MK2 to do a print in ASA, and I'm having a problem where on the second layer the plastic 'runs' into lines across the direction the head travels. It looks like the plastic is being repelled by the previous layer and running together due to surface tension, but I may be wrong about this.

Here is a photograph of the first and second layers: 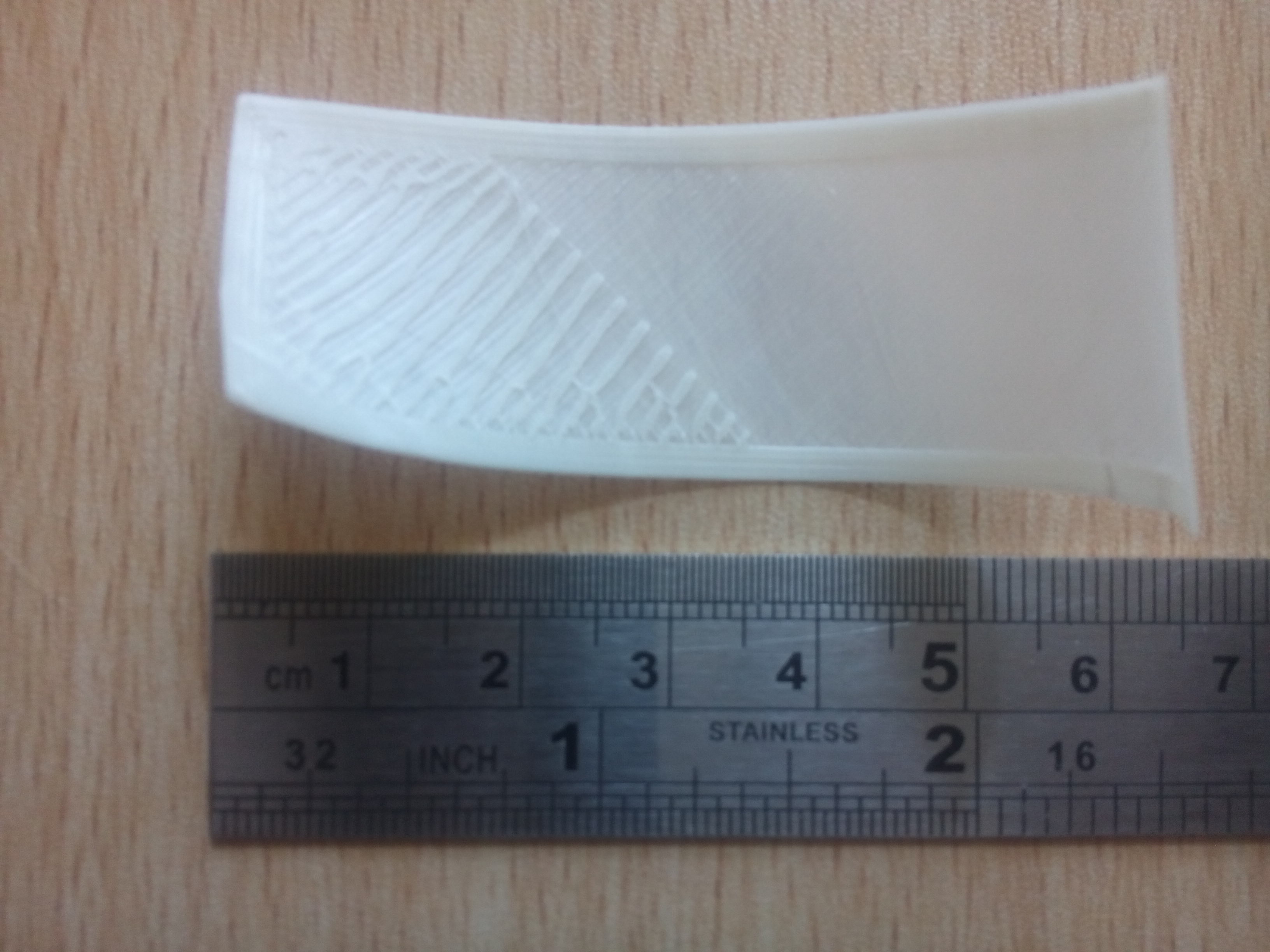 The direction of head travel for the first layer was bottom left <-> top right, and for the second layer top left <-> bottom right.

The settings were based on the standard Prusa i3 MK2 Slic3r settings bundle for ABS filament with a 0.05 mm layer height, modified as follows:

The reason for increasing the layer height for the first 14 layers is that the print is a piece of mixed raised text and braille lettering intended to be inset into a larger sign. I want fine detail for the top layers with the lettering, but high speed for the lower layers that are more structural. I am inserting an M600 change filament manually into the G-Code file at the point where the lettering starts. I have so far managed to produce one successful print - see the image below. The reason I am still playing with the settings is that the good print wasn't in high enough quality, and there was some slight stringing between letters. 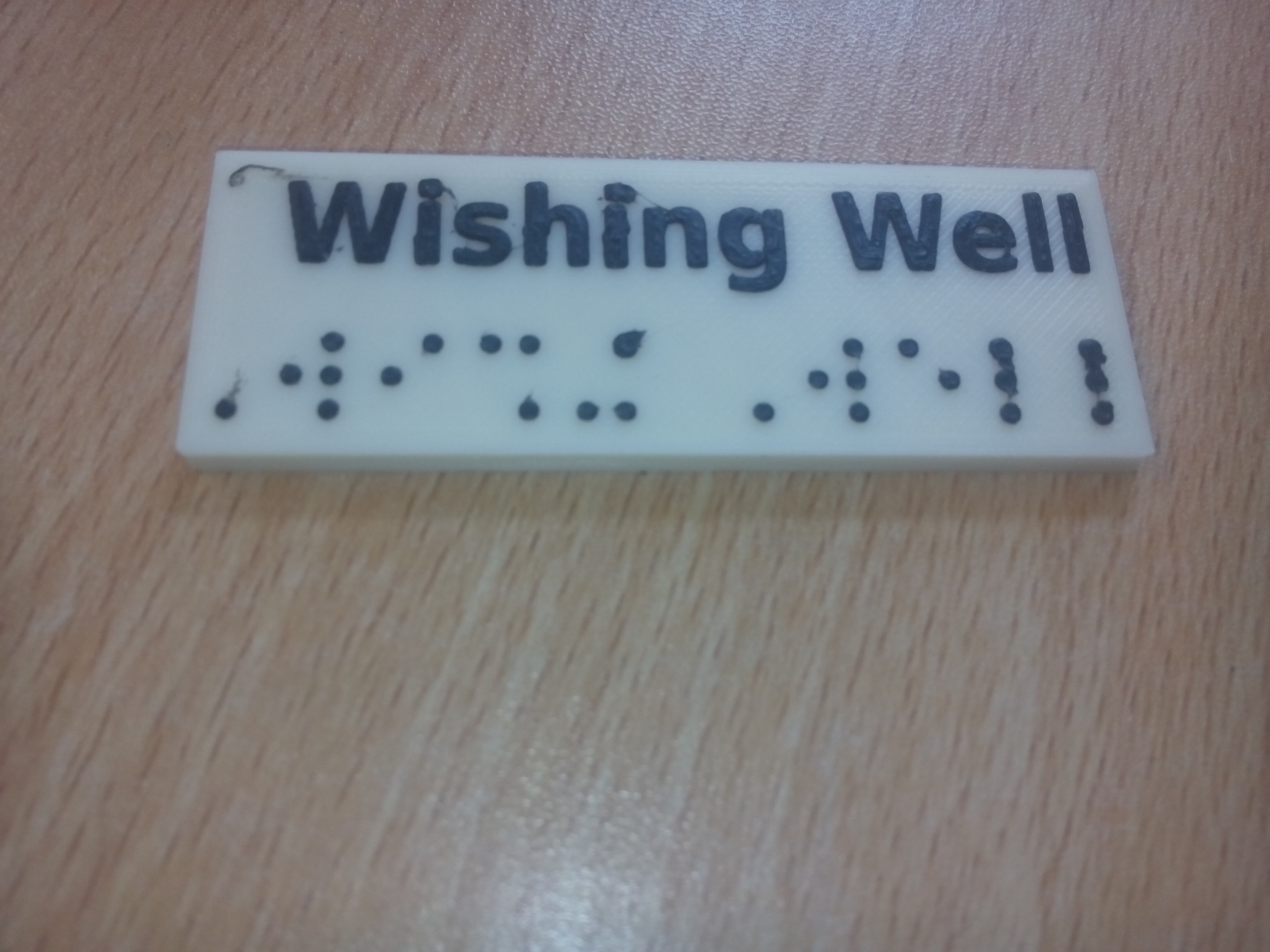 I've now worked out the reason for the plastic 'running' on the second layer. It is because of the way that I prepared the G-Code file, using the option in Slic3r which lets you alter the layer height for certain layers in the print. The problem with this appears to be that there are other settings which are not altered at the same time for the thicker layers. So the first half of the file ends up printed using the settings that work for a 0.05 mm layer height, but with the layer height set to 0.2 mm.

I have prepared a new file by rendering two G-Code files, one using the Prusa settings for a 0.2 mm layer height, and the other using a 0.05 mm layer height. I then merged these manually by looking for the layer change at 2.8 mm in both files and appending the end of the 0.05 mm file to the start of the 0.2 mm file. (I found the layer changes by using Slic3r's custom G-Code option, and adding custom comments into the G-Code which included the layer number and height on every layer change). Then I inserted an M600 'Change filament' instruction at a height of 3.05 mm, where the writing begins.

When I print this file, the problem with the plastic running together on the second layer disappears.

Not the answer you're looking for? Browse other questions tagged prusa-i3 slic3r asa .

7
Why does my domed print have a thin shell?
3
How to prevent layer separation, when printing tall vase-like (tube) objects?
2
My 3D printing part starts to bending after about 1 cm height and blue tape separates from bed
3
How to generate gcode only for first layer?
5
Prusa i3 pro b second layer failure
2
Speed issue with Slic3r and Marlin
5
Prusa i3 Mk3 - Top layer wrinkles (not on buildplate)
5
Sunken and rough bottom layer
1
Pretty ugly surface remains after using support ramp. Are my slicer settings correct?