I know nothing about 3D printing and I was wondering if it is a good candidate for what I want to make.

I want to make a custom game cartridge which looks like this: 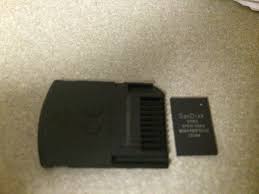 Basically it's like a SD card in a custom shell. Now I can produce the inside as a thin PCB (0.6mm-1mm). But I was wondering what the best (and cheapest) way to prototype (and maybe make a small run production) the outer shell would be. The entire cart is about 2mm thick, so each half of the shell would be at most ~0.6mm thick.

Is this something I can do with a typical 3D printer? How would I "attach" the two halves together?

Typically, for FDM, the resolution is different for height compared with the x-y plane.

In x-y, you will be constrained by the nozzle diameter (0.4mm is common), which effectively quantises your wall thickness (0.4, 0.8, 1.2 etc). These walls can be placed with maybe 0.05mm precision.

So you can easily make a half which is around 1mm thick, with a 0.3mm high wall. You would want the majority of the wall width to be 0.8 or 1.2 mm at least, but you could probably arrange an overlap between the two parts to allow some tolerance and increase the glueing area.

A flat print of only a single layer is possible, but it won't be as accurately dimensioned (due to bed-leveling accuracy). A single layer with a wall would work, but might be too flexible.

With the experience I have with my 3d printer you can make (almost) everything you can draw with it.

0.6mm parts can be 3d printed but will not be very strong though.

For joining the 2 halves when they are so thin, I think the best solution is to glue them together. With the things I make for myself I mostly use small screws or small nuts and bolts but with 0.6mm parts I guess this wil not be possible.

I print such parts by embedding the PCB directly in the print during the printing process: after the bottom part has been printed, there's a print pause gcode, the printer stops and beeps, I insert the PCB into a recess in the print, then the printer resumes when I press a button. I attach the bottom of the PCB to the print with a drop of a quick setting superglue so that it won't have a chance of getting loose and crashing into the nozzle as the next layer is printed. I use a 0.2mm nozzle to print SD card shells directly over PCB without any issue.

Not the answer you're looking for? Browse other questions tagged rapid-prototyping or ask your own question.