fill in svg or stl design

This is a line drawing and I would like to print it a couple of mm high. I cannot figure out how to get this line drawing filled. I converted to SVG with Inkscape, used GIMP, took it online to TinkerCad and tried it with Onshape but all I ever get is just the line and this does not work well on my printer. What is a smart way to get this filled in and ready to go?

I use TinkerCad to convert to STL and that works fine. So I could also try to edit the STL in stead of the SVG file.

Maybe I should print the original scanned image (TIFF) and then fill it by hand with black ink and then scan it and convert it to SVG but that sounds really dumb. 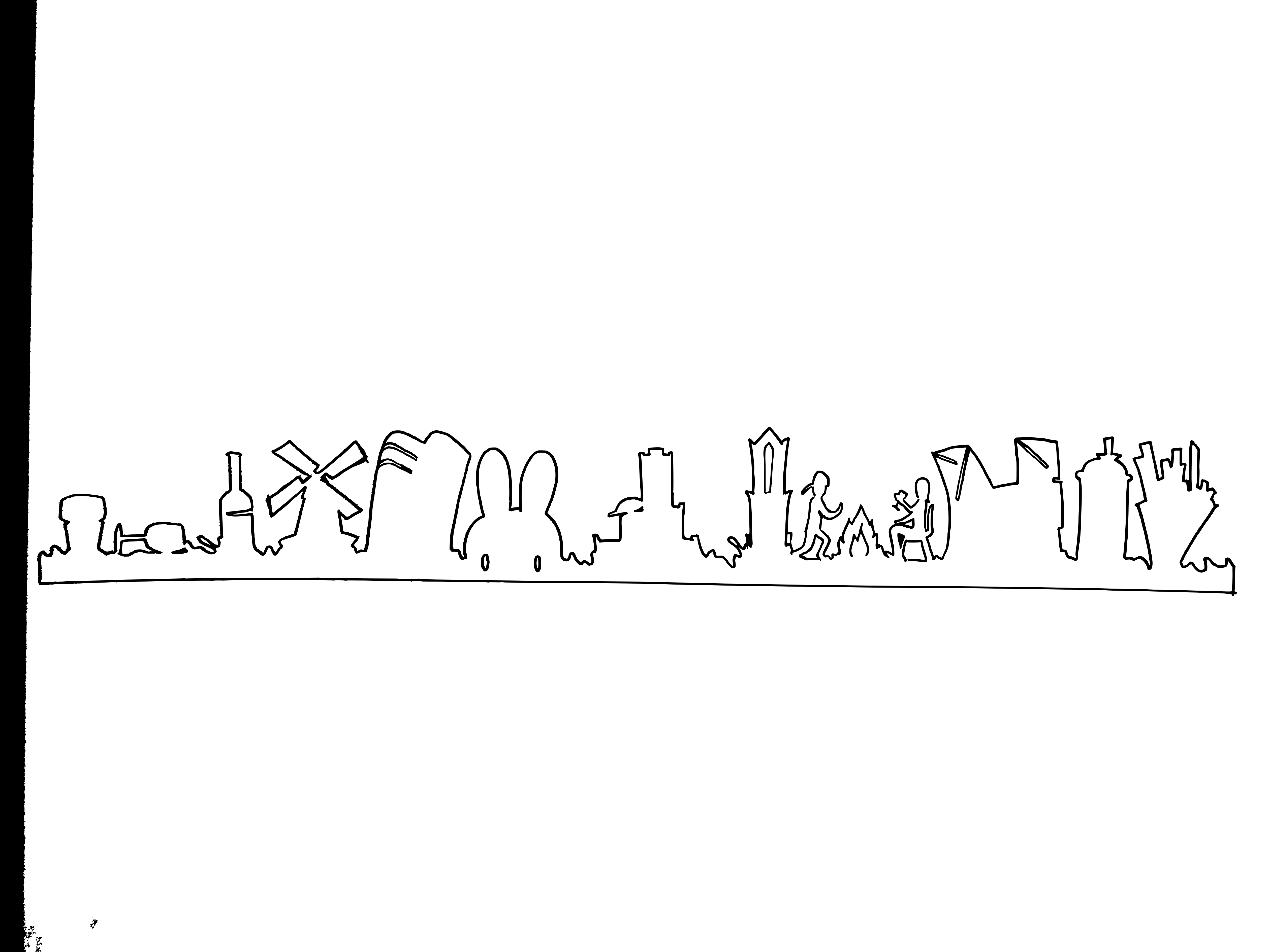 UPDATE
I went back to the original drawing and using the bucket tool. The result is a rather noisy image and I need it to be sharp and tight to be able to convert it to a good SVG later on. Looks like it is more of a graphics design question now..
https://graphicdesign.stackexchange.com/questions/94773/from-drawing-to-3d-print

If you don't mind adding another tool to your toolbox, you can use a plug-in for Inkscape called Inkscape OpenSCAD DXF Export that will convert your SVG drawing to appropriate code to import to OpenSCAD. Even if you aren't keen on learning OpenSCAD, once you have the code, press F5 for a preview, F6 for a rendering and then export the STL file.

The link on Thingiverse gives instructions how to add the plug-in (extension) to Inkscape, which is relatively simple. I've been using the extension for applicable projects with great success. Expect minor complications for closed paths within other paths, however. You may have to create separate STL files for those paths and use Boolean subtraction to remove the "holes" as needed. 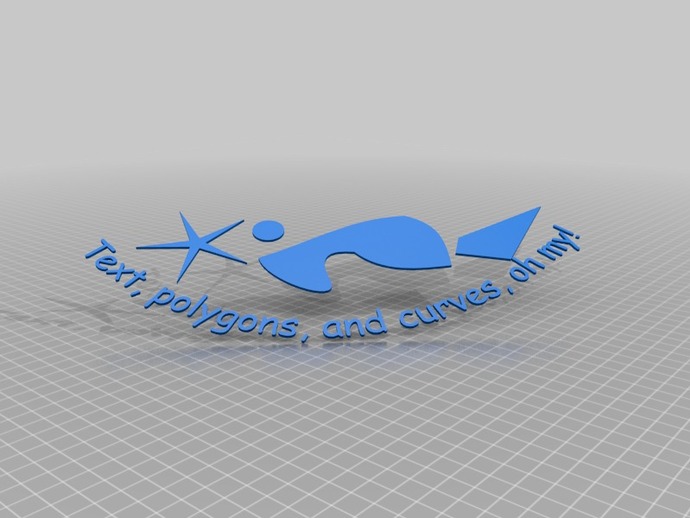 The extension is slightly counter-intuitive. Be sure to manually add the .scad extension to the file as it does not perform that task automatically.

UPDATE: I have discovered that the above link is not the one I've been using. I'm leaving it in place as it may be useful to others to have the ability to create .DXF files from Inkscape. The correct one is called Inkscape to OpenSCAD converter v6 and works as described above.

As always, read and follow all label instructions. Do not operate heavy machinery after using this product. 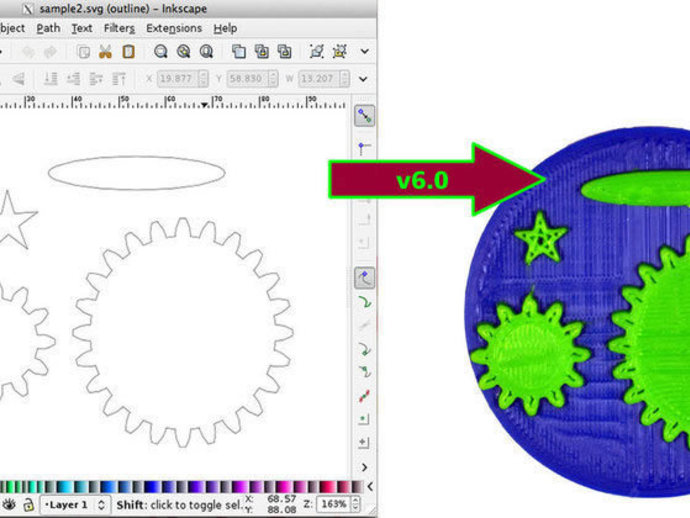 Free 3D printing program NanoDLP does support extruding single image frame to 3D object in required height. You can use Windows or Linux version of the program.

3
Snapping to Ground - 123D Design
4
Slicing adds holes/cracks to my object
7
SVG to STL conversion to make symbols recognisable for visually impaired users
4
How to modify 3D model of body?
1
Painting an STL file
3
How to design gears
2
What is the correct way to export SVG in order to convert to STL?
0
How to create an air-free design?