What is causing this “ribbed” texture on my circular prints?

I am having this problem with my printer. It doesn't print smooth circular objects. The objects are typically "ribbed" or ridged... never smooth. I am not sure how to fix this.

I have tried fixing it in Meshmixer, I've tried Sli3r (I normally use Cura 2.7). I've tried turning down acceleration as low as it will go (500 in my printer's case), tried slowing down the actual print and travel speeds. Short of just replacing the dang thing (not an option at all), I have no idea what to do... I'm at a total loss for words here.

My printer is a TronXY P802MA. Auto Level, runs Marlin firmware. I use Octoprint as my print server. The picture shows the odd texture. It's at the bottom of this particular model. For some reason, within the pictured model, the problem isn't reproduced in the partial spheres. 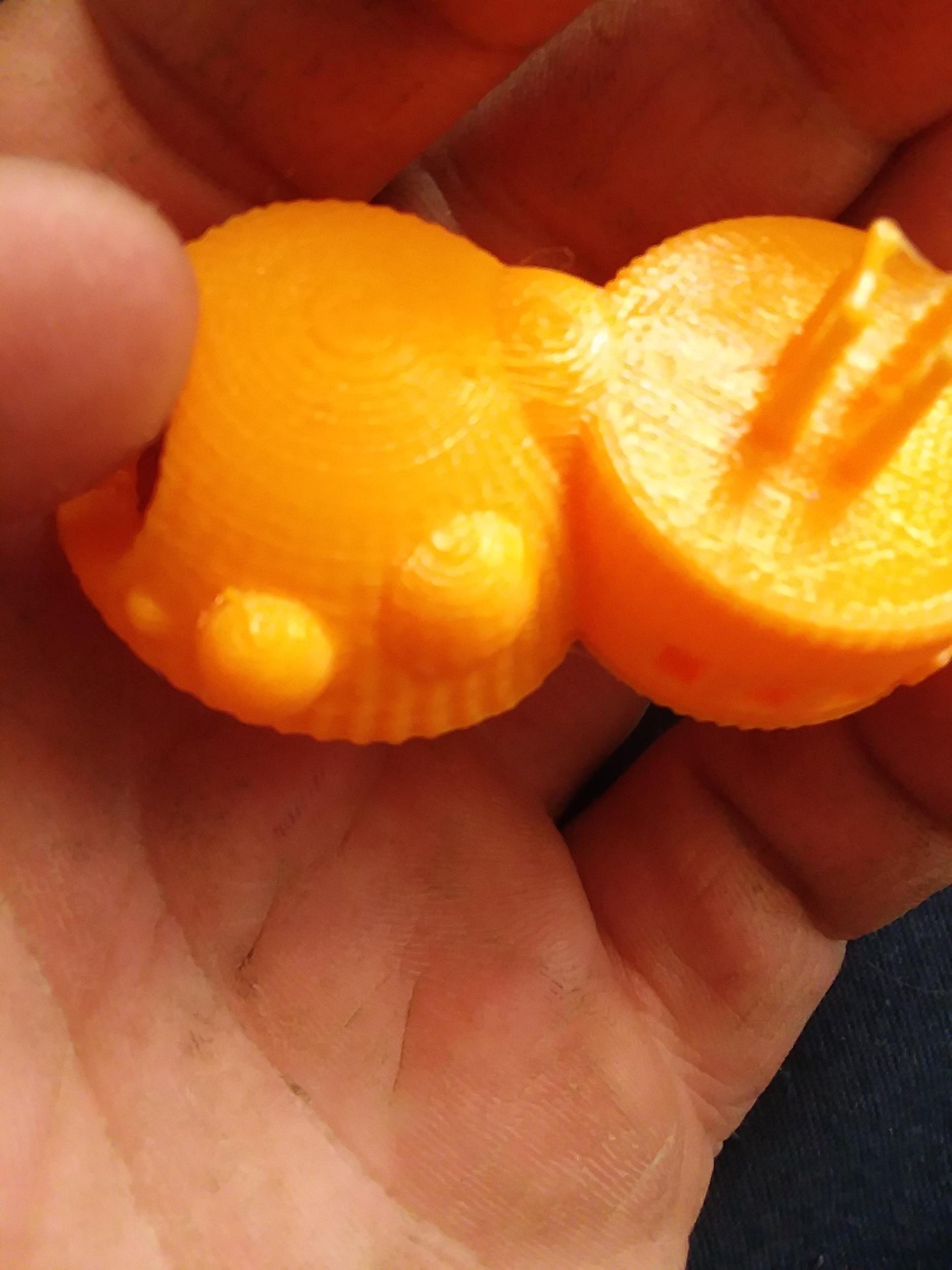 Any deviation from smoothness is caused by irregularity in the material feed, the motion, or both. In this case, I would suggest both.

The problem is that current 3D printer control firmware (If someone has a counter-example in the hobbiest space, please add it) prints in linear segments. This starts as @senthil-j-prakash shows in the conversion of the CAD object to an STL file. STL files are made of triangles, which are linear structures. There is no curvature in a triangle, only straight edges and flat faces. Making the triangles as small as possible helps, but it exacerbates the next problem.

The second problem is that each line segment is passed as a separate command to the control firmware. No matter if this is stored on an SD card, or transmitted through USB from the PC to the control firmware, each command defines a short, linear movement. In an ideal world, the printer would precisely reproduce each of this short, linear motions, which would flow smoothly from one to the next.

Unfortunately, the "flowing smoothly" part is difficult to implement, and in some cases isn't actually what you want. If the angle between segments is sharp enough, you don't want to round the corner. When printing approximations to circles, however, one could move continuously, if the commands were sent enough ahead to analyze, and the firmware were clever enough to combine two segments into one smooth, curving motion.

This computation is very difficult to perform on an 8-bit microcontroller, and historically has not been done.

I am using a 32-bit ARM microcontroller and the RepRap firmware, which also does not smoothly merge motion between two low-angle linear motions into one smoother motion.

But, it's not just merging two into one. One must merge a long series of short, linear moves into a long sequence of curved moves. We could be doing motion planning based on splines rather than segments.

But then, we need to cap how much the control processor may change the path because the slicing software needs to predict very closely where each extruded element will lie. Adjacent elements (additional perimeters and infill) must be placed to touch those elements for bonding and strength. if the control processor has moved an element too far, it could either not connect with, or interfere with, an element that is placed later.

But, enough of that rant about the technical difficulties.

For your particular machine, it is likely to be moving in fits and starts because of the short, linear commands. Anything you do that improves the print quality will help with the ribs, and make them look more like facets.

Good luck, and keep printing! Tell others of your experiences.

Thank you all for your valuable input. I have come to find out that the issue was because of a host of movement related issues.

I found after making the appropriate changes, my circular prints came out beautifully!

Did you try to use different infill? Denser or less dense?

You can also try to reduce overlapping infil with outlines.

When you are saving a CAD file to STL format to print, there are options on resolution. Coarse and Fine. Basically coarse would give that ribbed/flats effect.

I am not sure what CAD package its created but normally all the CAD packages allow the user to specify the deviation about from a design curve. 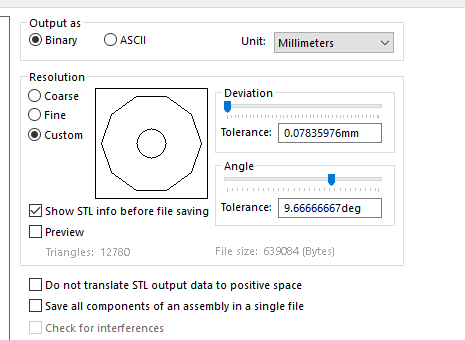 If your flowrate is not that well controlled it may introduce the little bulges at every corner. It helped my printer when I lowered the "jerk" value in the machine settings on the printer. The "jerk" determines how fast it approaches and leaves a corner.

Not the answer you're looking for? Browse other questions tagged print-quality tronxy-p802 or ask your own question.

5
What could be causing this spotty extrusion?
6
What is causing the walls of my prints to separate?
3
Is there any better way to make this transparent dome?
3
CR-10 Layers not printing after certain amount of filament printed
1
Strange banding on first layer/skin
3
How do you solve PLA corner-curling short of printing really, REALLY slow?
1
3D printing overhangs that are over .200 in
1
Gaps/Holes in the 3D Print walls
3
Visible lines along Y-axis on Ender 3 Pro
2
Ender 3 V2 Layer Shifting, No Apparent Reason, Desperate