I have a Prusa i3 (from FLSun). I have assembled the printer, calibrated it (fairly decently), and have successfully demonstrated extrusion manually. However, when I try to run a print job (the G-code clearly contains E commands), the extruder motor never rotates. Is this a common problem? Any suggestsions for how to resolve/troubleshoot?

I can confirm that the extruder was pre-heated for PLA (up to a generous 220 C).

I load an STL file into Repetier v.1.0.2, use the built-in slicer (Slic3r) to generate the G-code. I include a sample of that below:

As an update, I can no longer reliably get the extruder motor to run (even when I pre-heat) from the LCD. Sometimes, it works fine, but other times it doesn't seem to. Will confirm whether switching the motor connector to the z-axis to test the motor works when I get home this evening.

I can confirm 1) that there is no tension pulling on the cable connections during the run, 2) the mainboard and motor connector aren't burned, cracked, and the mosfets have heatsinks on them, and 3) the extruder gear is fixed and rotates freely on the motor axis (I tested this by switching it over to the z-axis connection temporarily and confirming rotation).

Here's a photo of my motherboard: 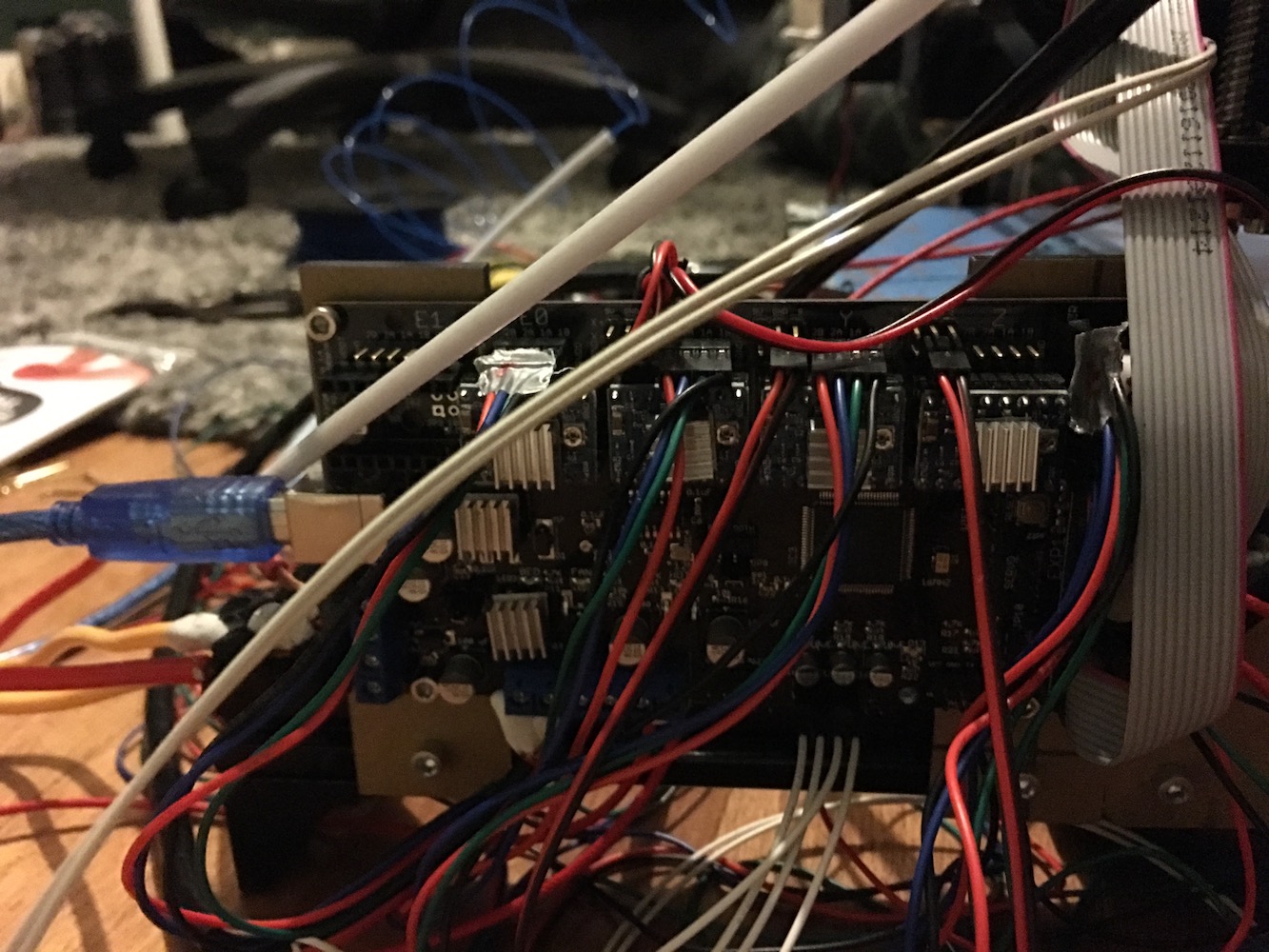 According to all the information:

I come to the conclusion that some of your electronics or the motor have fried.

What have fried? I tried to make a step by step check:

Switch drivers between E and Z, but plug the motors as usual:

1) Does the extruder extrude?

Yes: Your driver has fried

2) Were you able to move the Z motor?

No: Motherboard And driver has fried

HTH and keep us updated if it worked or not!

This should have been a comment: when you say "manual extrusion", do you mean moving filament by hand or using extruder position commands from printer menu? Is extruder motor working at all? You can for example plug it instead of a Z-motor to check.

Not the answer you're looking for? Browse other questions tagged prusa-i3 extruder extruder-driver or ask your own question.

9
Z offset incorrect
4
E3D V6 underextruding always?
8
Getting started: shell passes not fusing in x/y, and a slanted wavy pattern on vertical walls
4
3D printer filament will not load after running the printer out of filament
4
Not able to insert hobbed drive and filament in the extruder drive
1
Extruder motor does not stop after G1 E5
2
Extruder motor does spin - but not while printing
2
Prusa MK3S not extruding during printing but extruder working