I have built a 3D printer out of parts from my tip, a ramps board, arduino mega, and a hot end. However, after doing a test extrusion some plastic was spewed out and then the print jammed un-expectantly and my homemade extruder no longer had the strength to push the filament.

I am becoming frustrated as I am doing this for a school project, I only have two weeks left to finish and everything seems to be failing. Any help would be much appreciated.

For reference this is my hotend: link to amazon I brought the cheapest one available on amazon, so it has no fan and no way to connect a bowden tube. I have created a basic adapter between the thread and a bowden tube holder, out of wood. It's not good but it does the job.

Here is a picture of my hot end and what the filament looks like after I removed it. There appears to be a spiral shape on some of them. 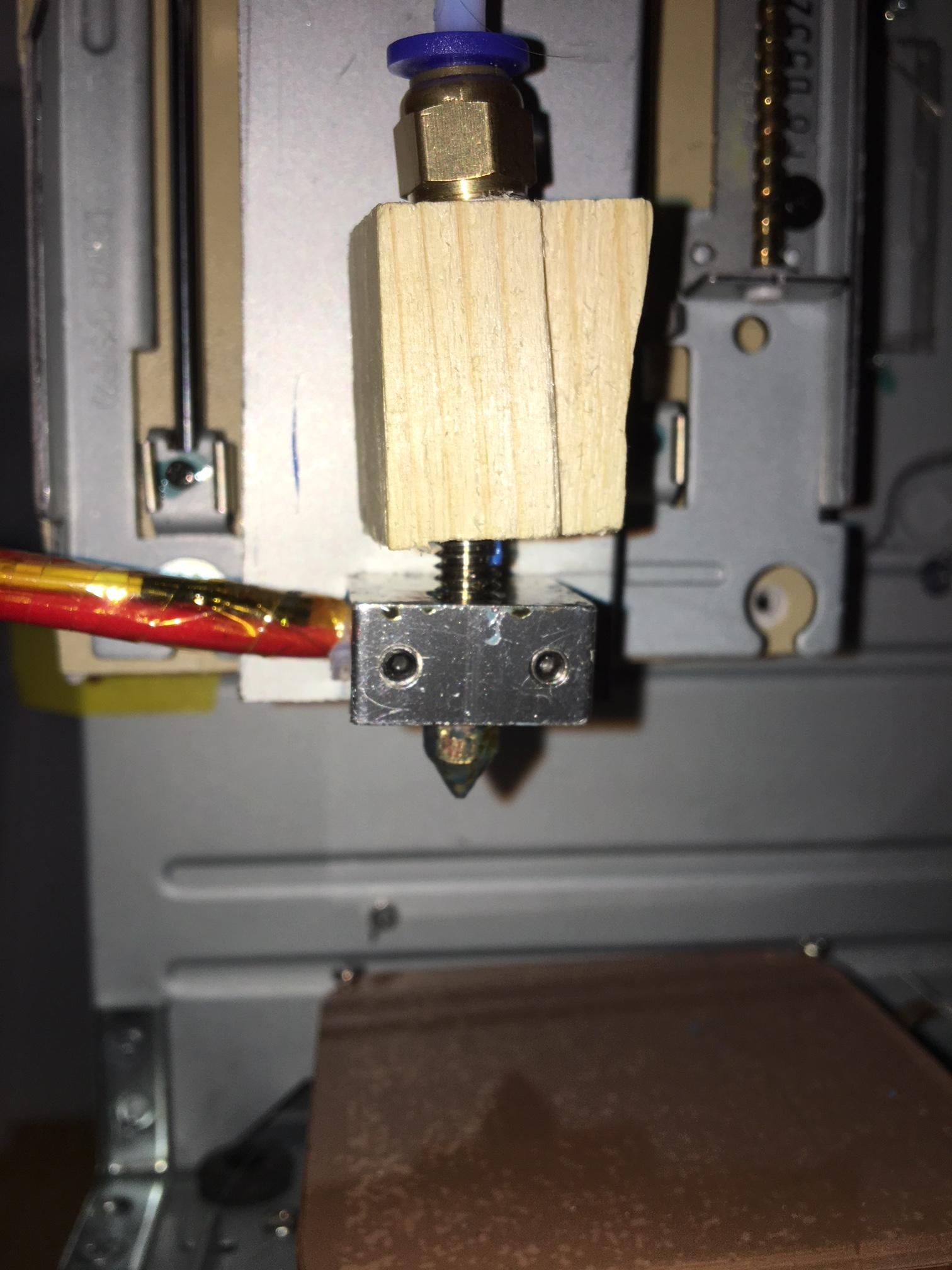 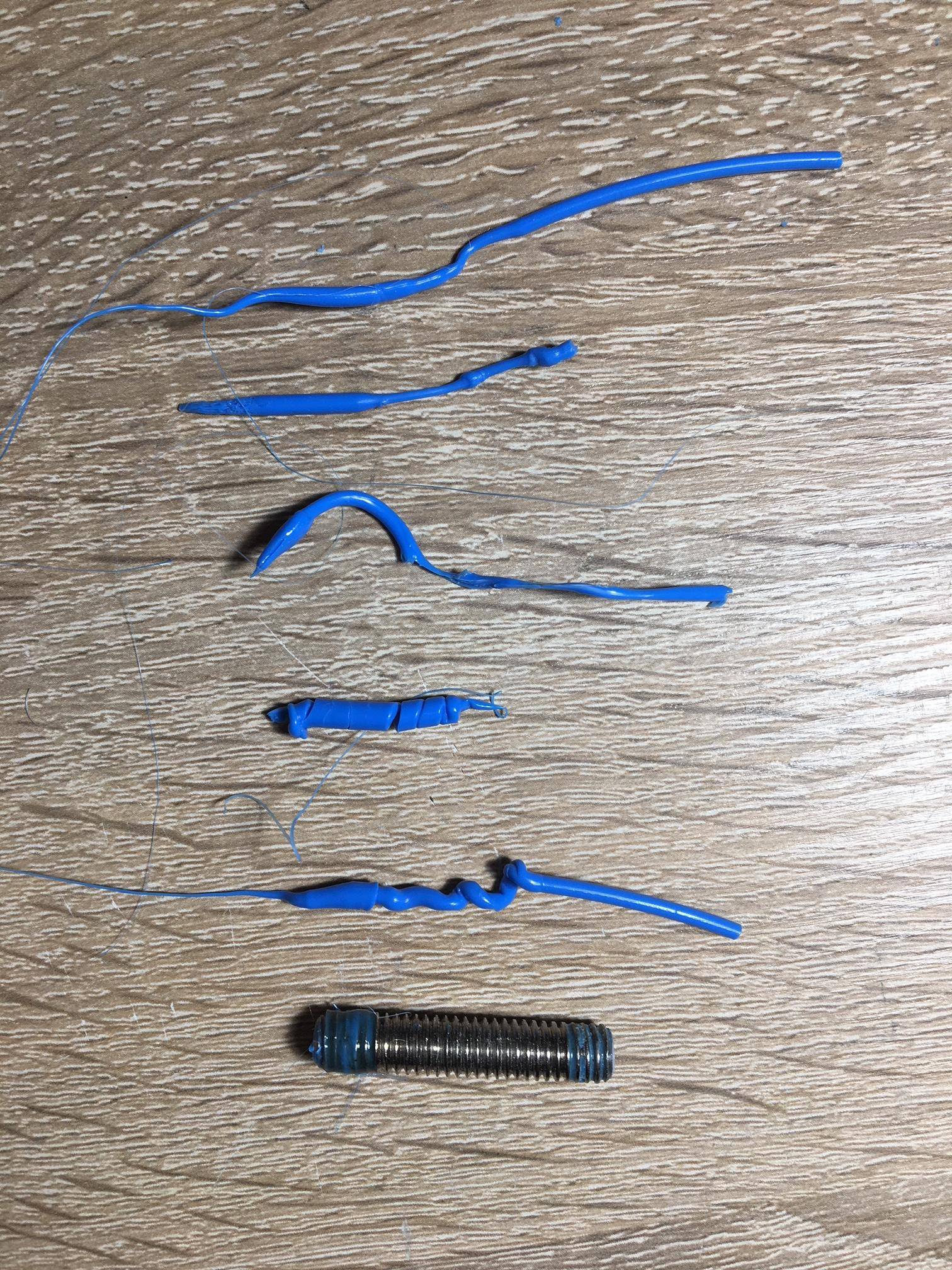 You are suffering from what is called "heat creep". Molten filament is creeping up the heat break and into the bowden tube, where it is causing a jam. You need to install a proper radiator block that is cooled by a fan, not just a lump of wood as a "cold end". The cold end is not just a connector, its primary purpose is to act as a cooler. A hot end on its own is not enough. You also need a cold end. Here is my extruder disassembled (fan omitted). The radiator block is the red item. 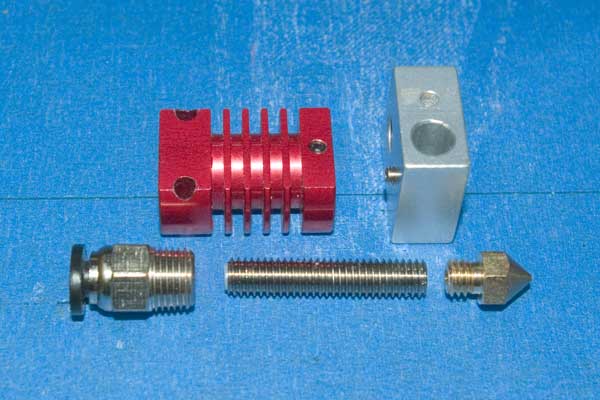 Hello it's seems that your hotend's barrel get's too hot when your ar printing, have you try to make a heat sink on the barrell, with some washers and nuts? That worked for me, like this 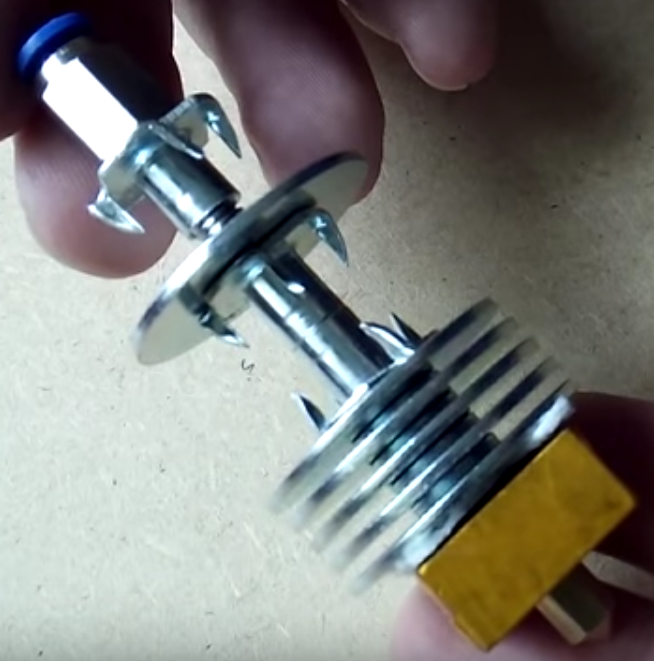 I Took that idea from this video https://www.youtube.com/watch?v=UvICpdVONXM

Also make sure that the hotend's aluminum block is properly insulated, you could do this with some Kapton Tape.

6
Why is my filament pressed together at the nozzle

4
Would appreciate advice on unclogging hot end [Makerbot Replicator v2]
6
Why is my 3D printer over extruding when I have set the flow rate very low
3
Retraction Jamming Problem!
2
Extruder always clogs up almost immediately after cleaning
1
Filament consistently jamming / clogging in Bowden tube on MP mini 3
2
PLA Jamming- is the heat break too hot or too cold?
1
What makes a new nozzle clog before I can finish the print?
0
Alunar Prusa i3 hot end replacement options
0
OctoPrint suddenly no longer able to heat up hot end / extruder
3
Filament Jamming in Hotend. Why?