Why some corners aren't sticked well?

Is this a leveling problem? or it's because the bed temperature isn't equal in everywhere?

If it's because of leveling, it means the distance between nozzle and bed in this not-sticked corners are lot and should be decrease? 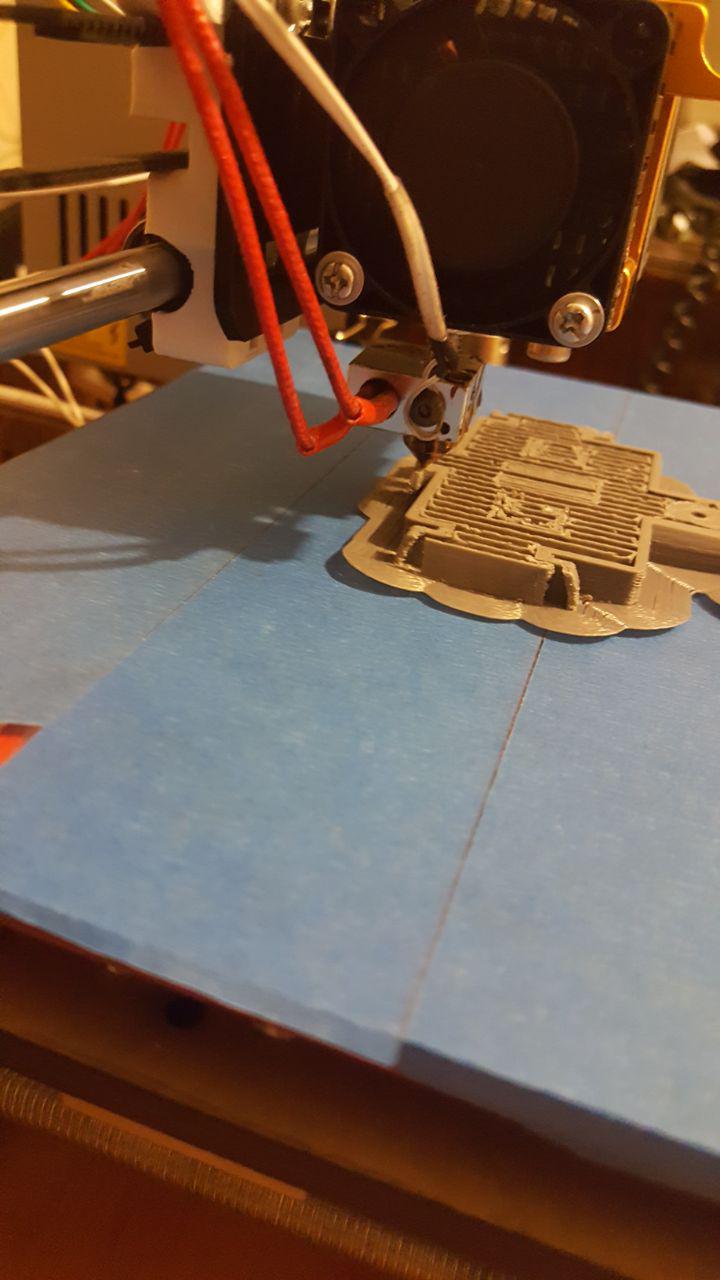 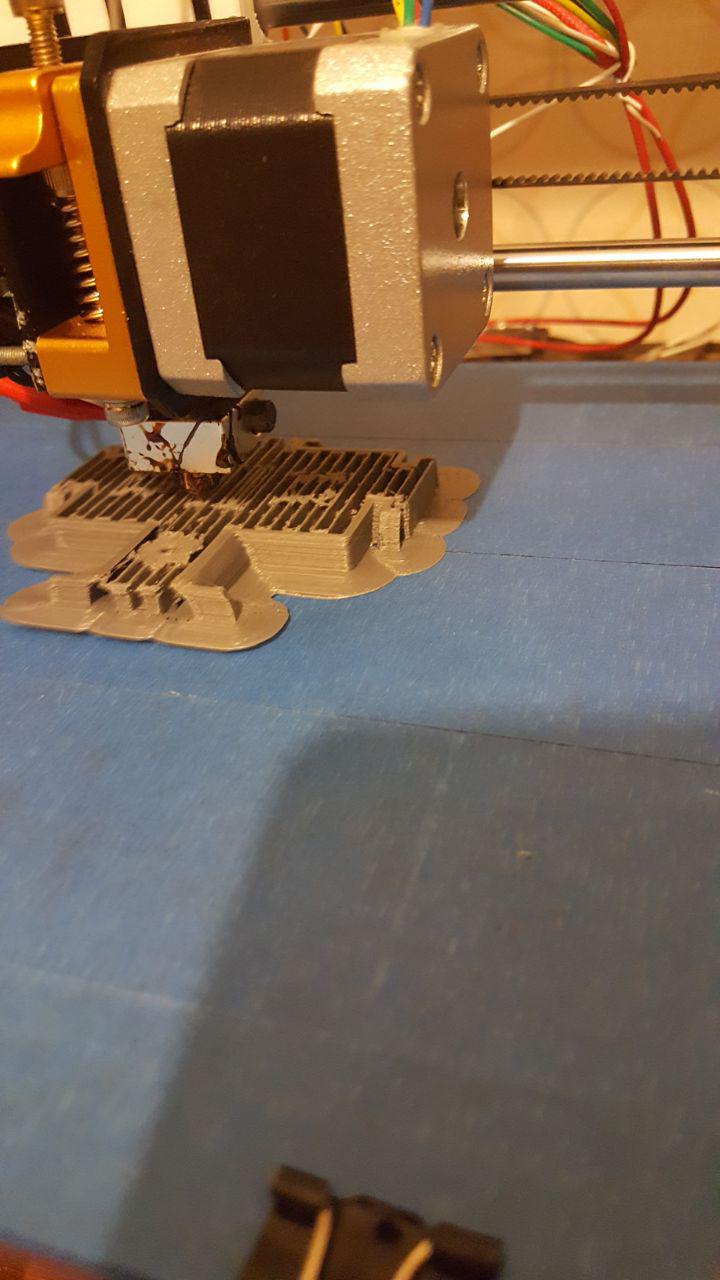 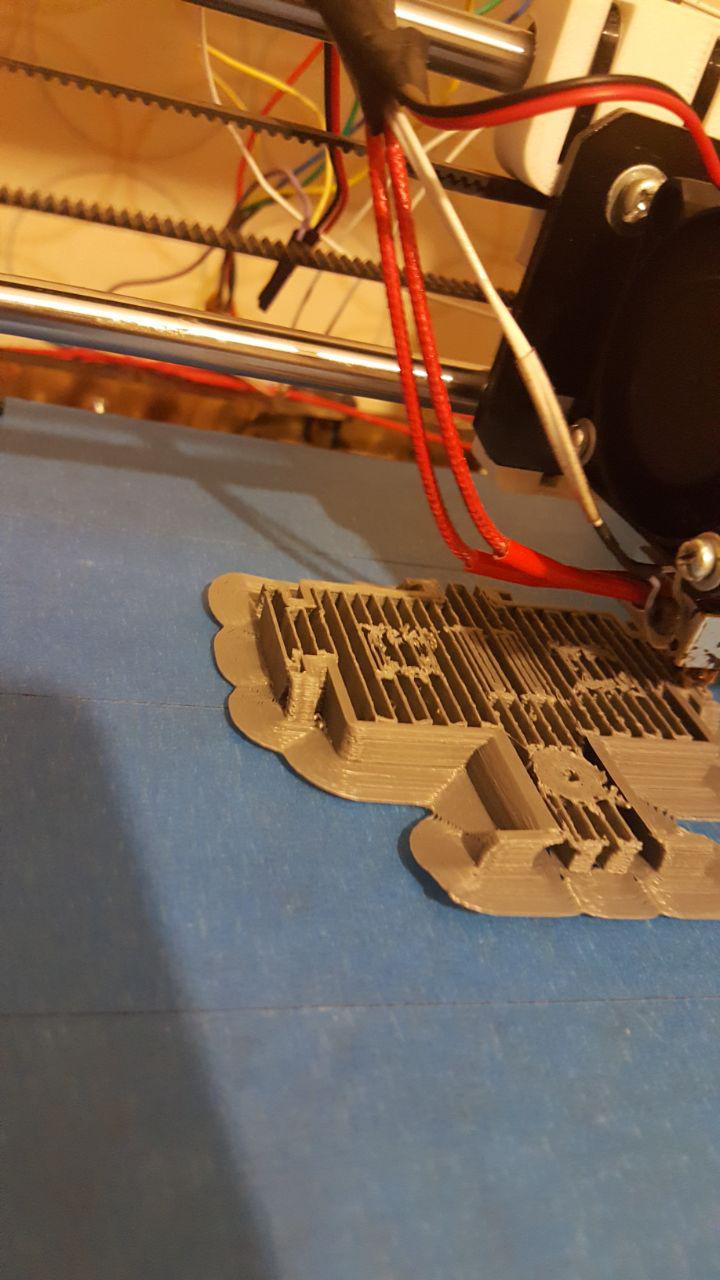 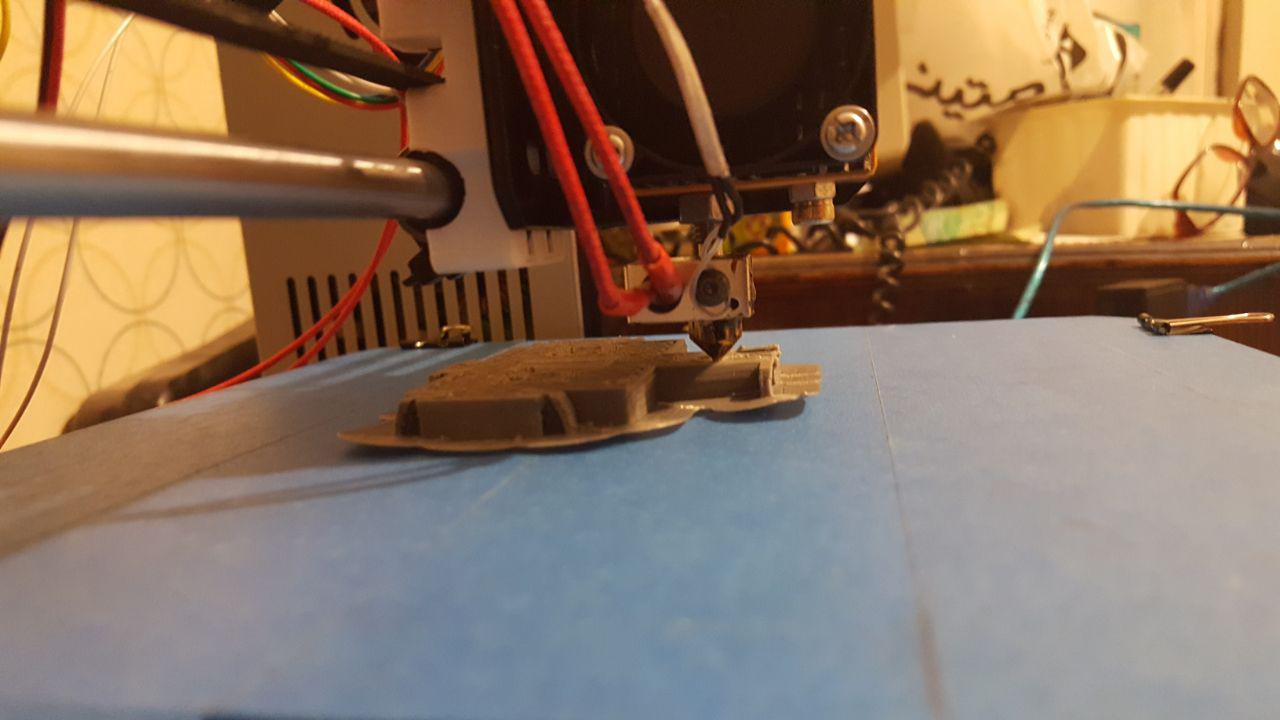 EDIT2: I have a cooling fan for my Arduino/ramps board. But there was a wire between it's blades and it didn't work. today I saw it and tried to fix but it's plastic duct broke. So I tried to put it by hand as how it's air can cool both the Electronics boars and the bed(you can see my fan in one of the pics in left side). And I got a nice printing results for the same part printing: 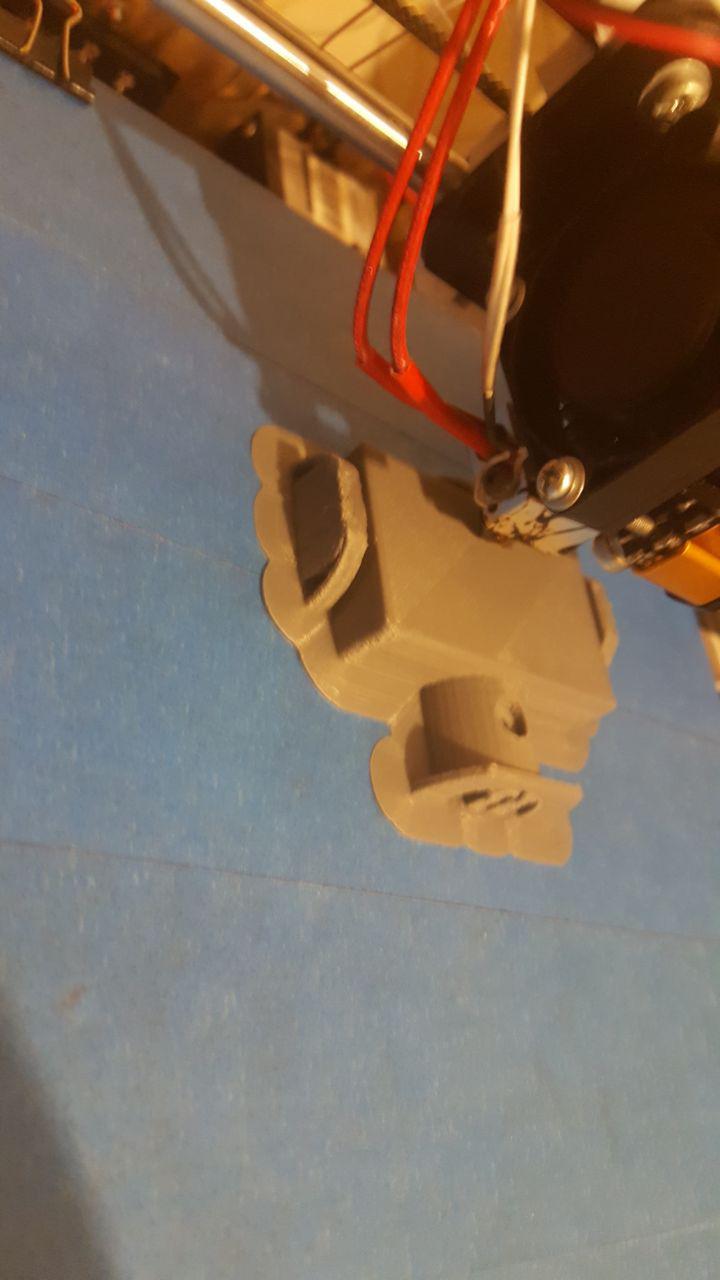 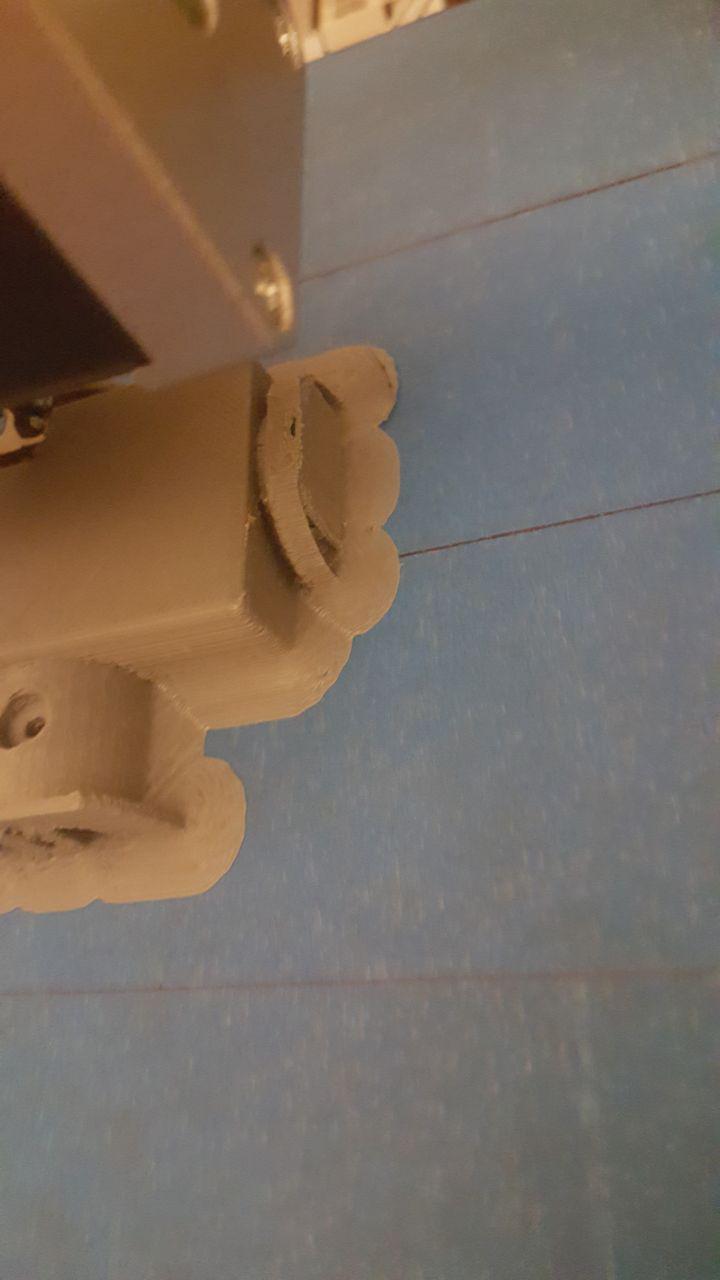 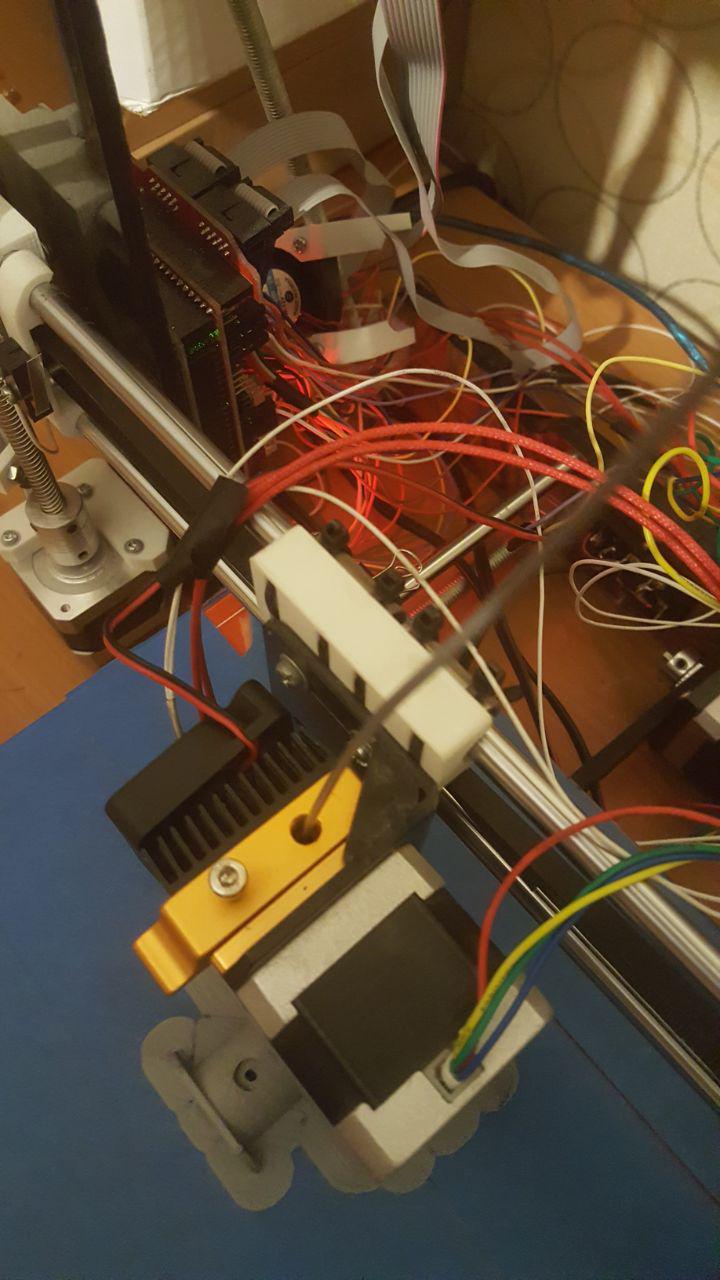 So the cooling fan for printing part is very important to stick print to bed and I will print a duct for extra fan very soon!

You can clearly print but there are also some problems it seems.

To see if you're about okay when it comes to leveling, I recommend to activate the 'skirt' in your slicer soft. Slic3r has it and I think most others too, it just makes the printer do a big one-layer all-around 'perimeter' around what is going to be printed before starting. You'll see quickly if there is not enough or too much space between the bed and the nozzle. You might catch other problems too (I love it because when the hotend drips a bit when leveling it get's smeared out far away from where the print is going to happen).

Your print looks like it is not optimal (overextrusion? no print-cooling? ...) so start with slowing down, first layer 20-25mm/s (Look at it when it's printed, it's very telling!). Then for the following ones, don't go over 40-50mm/s for starters.

Last but not least, you are printing ABS (but you said you had the problem with PLA too, hence my post), I have never printed ABS but for what I have read, you'll need a heatbed and a heated chamber(enclosed printer) to not have this kind of problems.

But for PLA especially; If you have a heat bed, don't put on too much heat when printing, I went from 60°C to 50°C, first layer, 30° then, and my prints now stick like they are melded onto my plate instead of skidding around.

For ABS, I use kapton tape, 90 degrees for the bed. You can also try acetone/ABS mixture (can be very thin). If you haven't got acetone, clean or new tape so there is no grease on it.

You can also try a higher nozzle temp for the first layer, sometimes that helps.

You can also try lowerimg the nozzle slightly, but it doesn't look bad. Increase flow rate to 110% probably wont do any harm - basically focus on the details before trying to print complicated parts.

Not the answer you're looking for? Browse other questions tagged heated-bed nozzle or ask your own question.

28
Why do the corners of my ABS object lift off the bed?
6
Makerbot Replicator 2 restarts after preheating the hbp
3
Tevo Tarantula I3 firmware
3
Strange leveling problem by PrusaI3
1
Silicone spray as a release agent?
1
Fixing uplifted magnetic heatbed surface
2
My first layer becomes solid when sections are supposed to have small separations
2
Levelling issues