What type of fire alarm/smoke alarm should my printer have?

I know you should, like an infant, never leave your printer without surveillance.

But sometimes we all do, trusting our double thermistors and heat runaway configurations. But electronics fry and who says there is no danger even after the print job has finished and it's cooling down, still hooked up?

I have searched but smoke/fire detectors come in a wide range of varieties:

They can be battery powered or hardwired, they detect different things: carbon monoxide, heat, smoke..., they thus also have different detectors like photoelectric sensors, ionization sensors or both. We also print with different materials...

Since some prints can take literally days, I would use a combination of techniques if you're worried about a fire. According to The Internets, firefighters are willing to inspect your stuff to see if they pose fire hazards. You could ask your local firefighters what they think of your risk with yoru 3D printer.

Keep your workplace free of dangers

Don't keep flammables, explosives, or similar stuff near your printer. If it does catch fire, these kinds of things will make it worse. There are plenty of valid 3D printer supplies that fall in this category: alcohol, alcohol pads, acetone, acetone pads, various glues, various cleaners, hairspray, etc.

Periodically inspect the high amperage parts of the system

Inspect crimps, but splices, solder joints, relays, etc for burn marks, loose connections, or other problems. Solve the problems before they catch fire.

One or more smoke alarms should detect a fire. However, they may give false positives for ABS, because ABS gives off that burning plastic smell. I would experiment with the super-cheap ones and one or two more expensive models to see what kinds of false positives you get. You'll probably want to put at least one of them directly above the printer. If your printer is enclosed, put a sensor in the enclosed area.

I think smoke alarms should be sufficient, but I'm not an expert (or even hobbyist) on fire alarms. I have not come across any information that states Carbon Monoxide or Radon are a worries with 3D printers. Area-affect heat sensors may give many false alarms because of how hot printer stuff gets. However, you could use contact heat sensors for parts that should not get too hot and monitor them with a microcontroller or Raspberry Pi. Reading this article, it seems you may want some ionization sensors for the printer, and not photoelectric. My WAG (link) is that the plastic (or electronics) would smolder long before catching fire, so you want sensors that would detect the smoldering.

OctoPrint/OctoPi make it easy to use a webcam to monitor your printer. However, if your printer is on fire and you're remote, it may or may not be able to shut the printer down. Even if successful, you still have a fire to deal with.

You should have a fire extinguisher available to someone to put out your printer should it catch fire. Printers will need at least an extuingsher of Class C rating, and since we're working with plastics, you probably want Class B as well. Most of the fire extinguishers you can find in consumer stores are going to be ABC rated, and powder based. The powder will make a mess and wreak havoc on electronics. CO2 or Halon will not themselves damage the electronics, but are substantially more expensive than their powder based brethren. For example, I get 5lb Fire Extinguishers for ~$30 at Costco, but an equivalent in CO2 would be several hundred.

As a maker, you could build a reactionary fire suppression system. I imagine it would be cost prohibitive to hire someone to do it for you. Basically, you would use the alarms or special sensors to activate one or more fire extinguishers. You should over-engineer this so that your fire suppression system completely overwhelms any fire that occurs. According to The Internets, firefighters are willing to inspect your stuff to see if they pose fire hazards. You could ask your local firefighters what they think of your risk and suppression system.

You could build a robot to detect fires about put them out, as sort of an advanced automatic suppression system. Something like Tony Stark's robot, or something emulating what is actually in service (US Navy (CNN), Australia tracked firefighter). 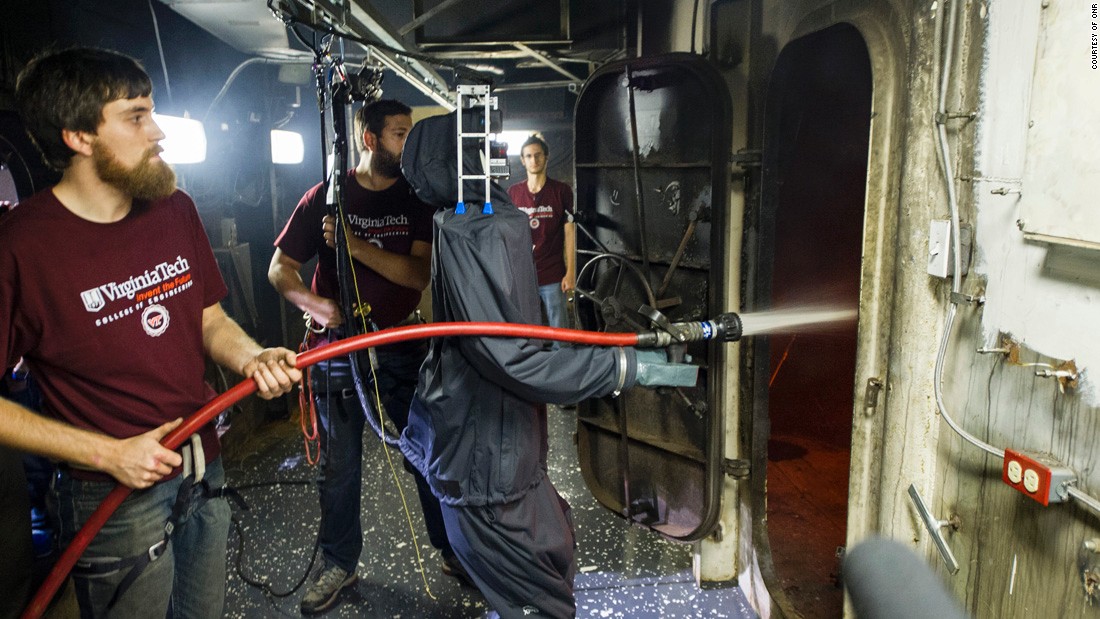 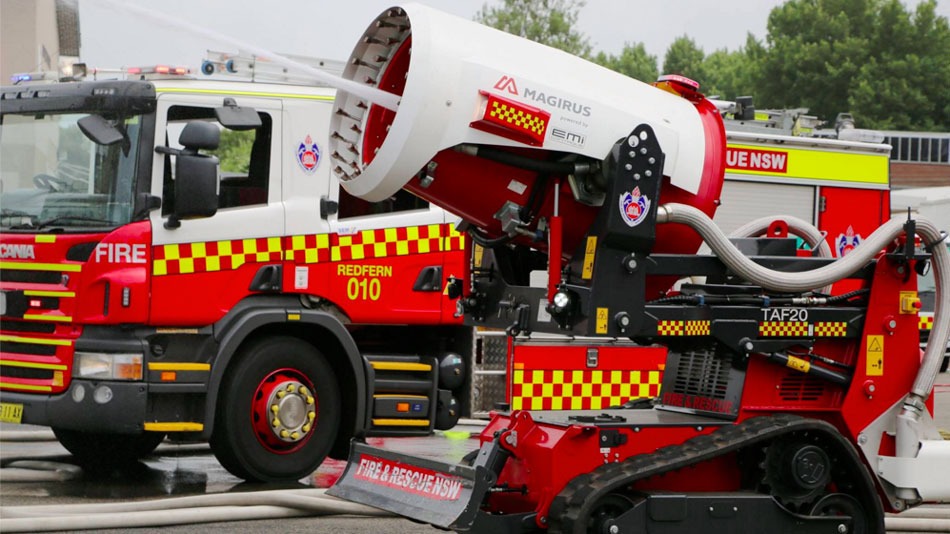 According to http://www.fireservice.co.uk/safety/smoke-alarms/ you have these two choices:

Ionisation: These are the cheapest and cost very little to purchase. They are very sensitive to small particles of smoke produced by fast flaming fires, such as paper and wood, and will detect this type of fire before the smoke gets too thick. They are marginally less sensitive to slow burning and smouldering fires which give off larger quantities of smoke before flaming occurs. They can also be too over-sensitive near kitchens.

Optical: These are more expensive but more effective at detecting larger particles of smoke produced by slow-burning fires, such as smouldering foam-filled upholstery and overheated PVC wiring. They are marginally less sensitive to fast flaming fires. Optical alarms can be installed near (not in) kitchens, as they are less likely than ionisation alarms to go off when toast is burned.

Although 'overheated PVC' might tend to point to the optical sensor being best, any fault on a printer is likely to be quite different to a domestic installation fault (I think you're less likely to detect the early warning from a damaged connector since the fault will be physically small).

I have an ionisation sensor next to/above the printer, and the only time I had a false-alarm was when I temporarily placed it on the desk.

Not the answer you're looking for? Browse other questions tagged electronics or ask your own question.

7
Can a common 3D printer be used to print masks for PCBs which use SMD components?
4
What is the benefit of the Arduino schield based electronics?
22
What is the benefit of using an ARM based electronics?
6
What is the influence of a lower BAUDrate?
8
Using CAT6 cables for 3D printer motor / sensors / fans
1
Magnetic field around the printer
3
Auto Bed Levelling - Printer not detecting, but sensor is triggering
6
Electric shock from ender 3 printer PSU