How can I prevent my nozzle catching on my print?

I have created a budget 3d printer using parts of old computers, specifically I used the CD drive mechanisms for the x,y and z axis. This printer is similar to the curiosity E-Waste printer, as seen here: Link

After quite a bit of time working on it I have got to the point where my printer should be able to print, but unfortunately, I have encountered an issue. The layers in which the printer prints fluctuate in height, and so when the nozzle travels over the lower layers to do the next layer, it hits a bump, misses some steps and becomes mis-aligned. I have never owned a 3d printer before, but I think that it is likely that the problem I have which causes the prints to not be flat is likely a common 3d printer problem. However, with commercial 3D printers, these bumps would probably only cause a drop in the quality of the print and not a complete fail; it is only due to how weak my motors are that the nozzle will miss a step with even the slightest force against it.

I have thought about why the layers may not be flat and I have come up with a few possibilities that I think are the problem. I do not know if these are in fact the source of the issue, but these are the things that I have considered so far.

As you can see there are a lot of factors in which I need to consider if I want my printer to be able to print correctly. And unfortunately, with my printer it is either perfect or a failed print; there is no in between. Due to the weak motors everything has to be exactly right, or the nozzle will get stuck.

I am not sure how to add videos here so I will instead. add some photos of the prints, and three photos detailing how the prints fail.

Below is an image containing the 6 most recent prints in which I played around with the different factors mentioned above. The top middle one is the most recent one. The object i am trying to print is a simple cuboid. 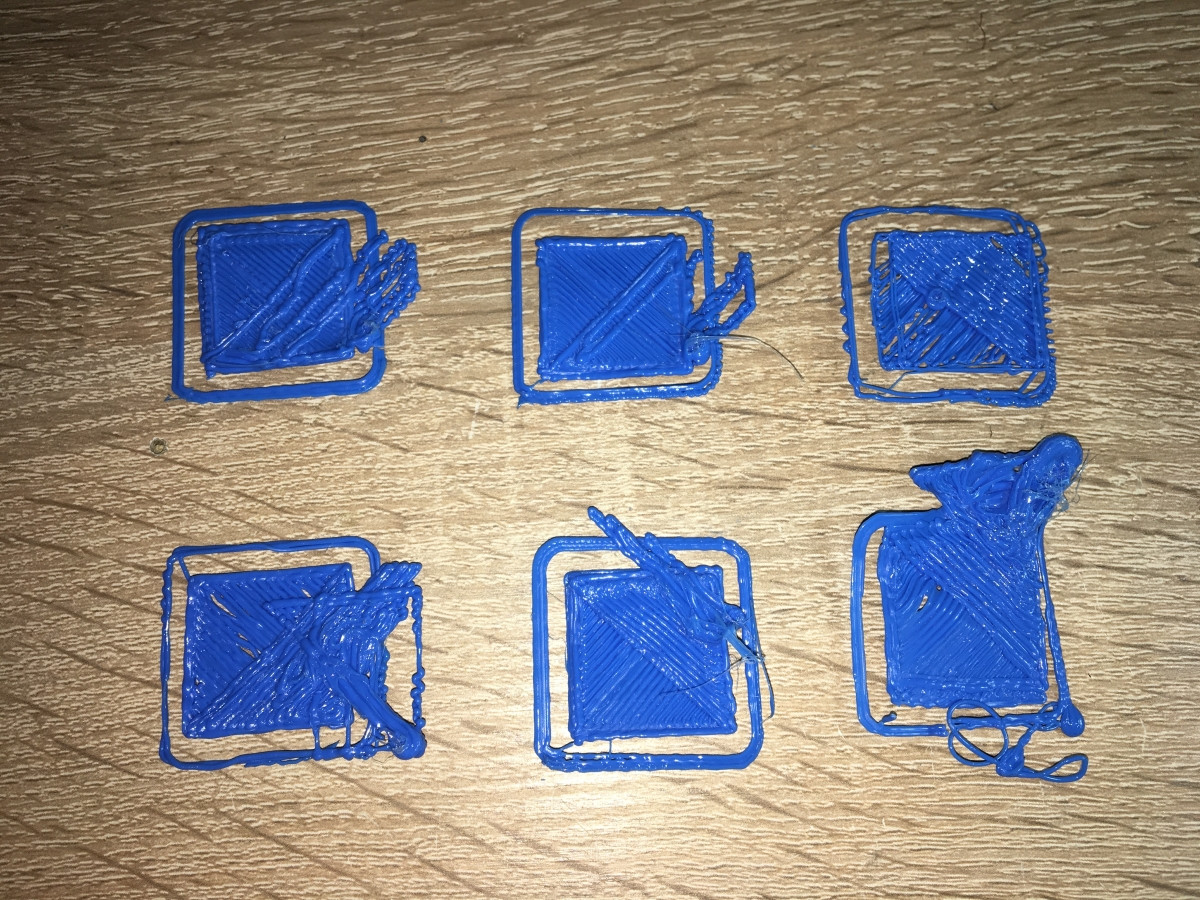 This is what the first layer of my most recent print looked like. There is some kind of gap in the middle for some reason, but I don't think that is the source of the error. The print appears to have adhered well, at this point and it is relatively flat. 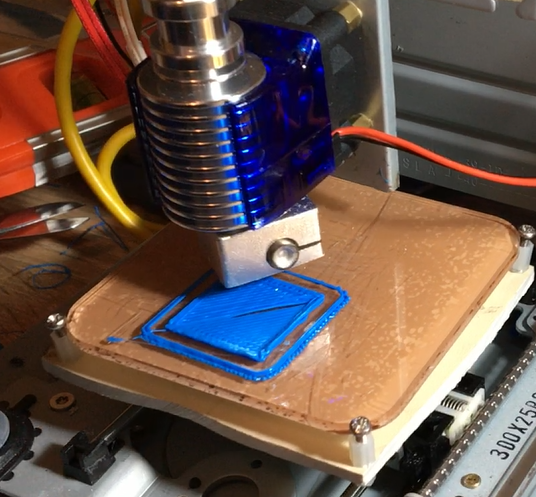 This is what the second layer of the print looked like, notice how the lines are wobbly and not very neat. There is also a small area of higher height in the bottom left corner which inevitably causes the nozzle to get stuck. 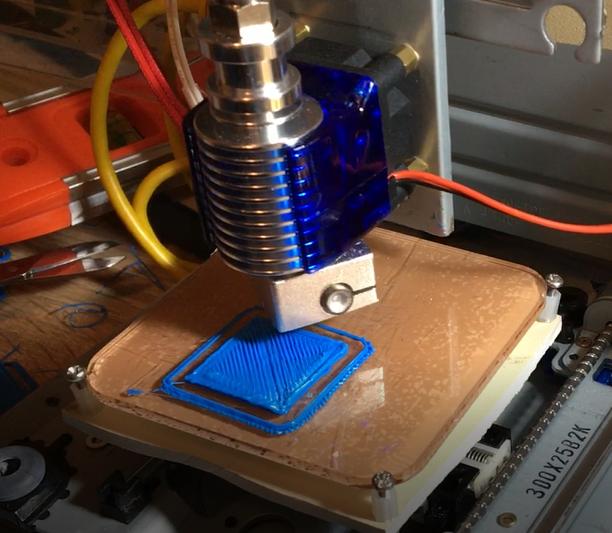 This is the print after the nozzle hit the now cooled down blob, missed some steps and then was misaligned. It then goes on to print the next layer in the wrong place and gets stuck very badly. 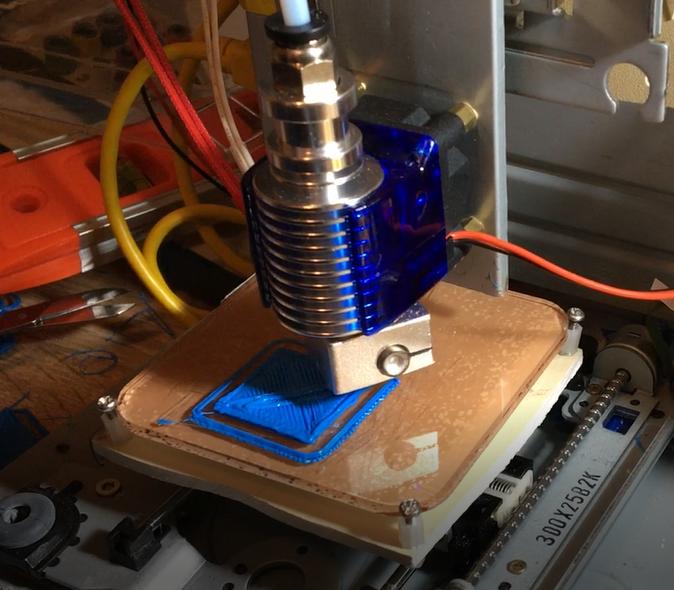 Thank you, for reading this. Any help would be much appreciated

A printer must be working very well to not have the problem with the head hitting against small verticle protuberances and losing control of the X and Y positions.

Some factors I've found that make bigger bumps. If you have any of these, fixing them will make the problem better. From observation, it is ultimately the power of the motors, the ability fo the nozzle to melt through small bumps and the resilience of the mechanism (not something that is otherwise helpful) that let decent prints proceed.

Not the answer you're looking for? Browse other questions tagged print-quality extruder diy-3d-printer fdm or ask your own question.

2
Print is not properly laminated at certain height
5
Weird ripping and warping of ABS print
9
Nozzle rubs on previous layers
8
Nozzle always “randomly” moves to 0 during print, then resumes
6
Relation between layer height and bond strength
1
Gaps/Holes in the 3D Print walls
1
Can you help me improve my Renkforce RF1000 print quality?
3
Bumps in outer wall
2
How to improve printing over 100 mm/s with 0.8 mm nozzle?