So I've been fighting with this all weekend, figured I'd see if others have suggestions.

When I attempt to print, my printer will go just fine until about the halfway point on a layer, then there'll be a section (almost the same point on the layer for the cube or a couple of other smaller prints I tried) that doesn't extrude. Once the next layer starts, it'll be fine until about halfway again. I kicked off a quick cube print to take pictures of layer 1: 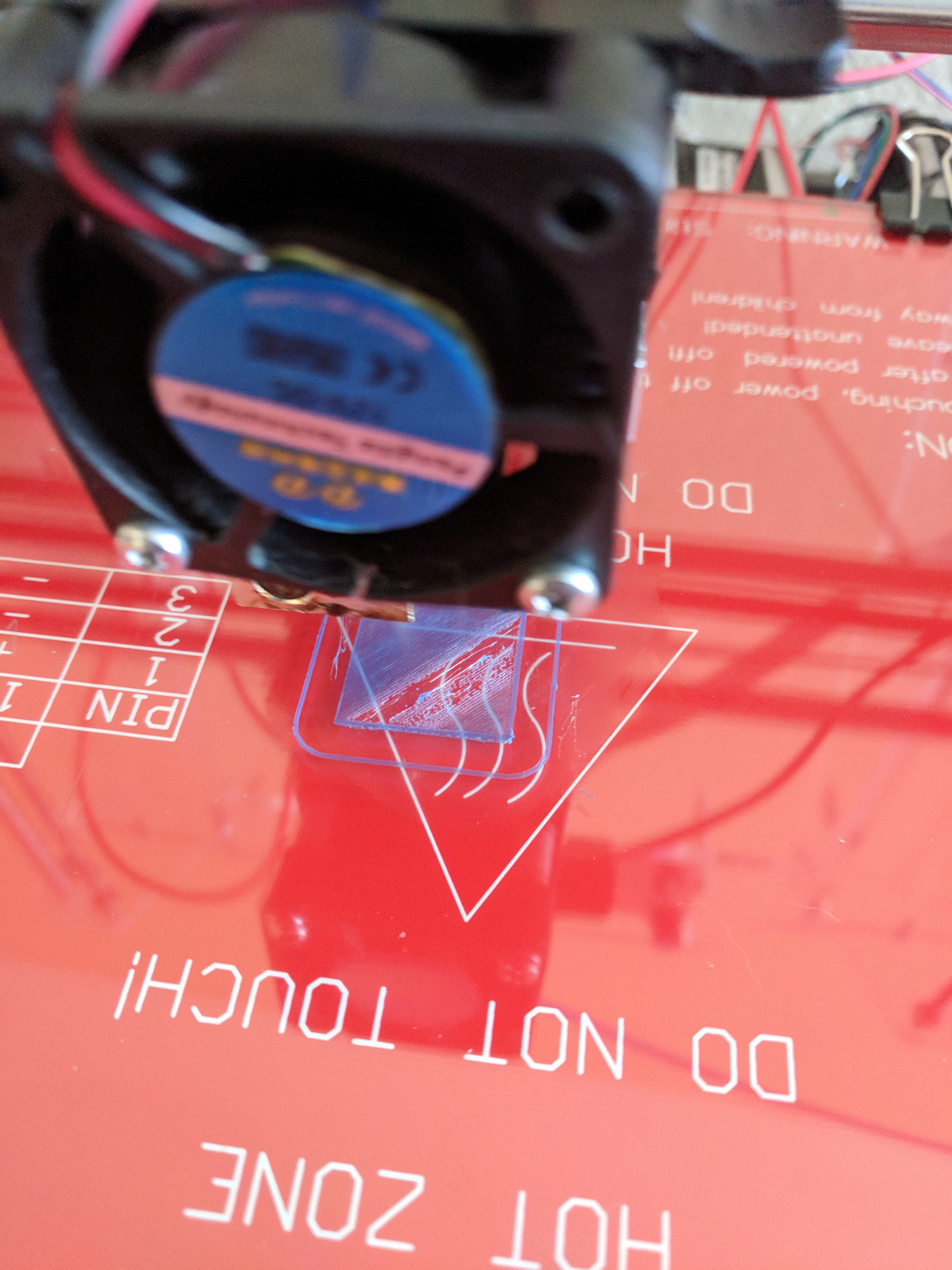 The second layer will do something similar about halfway but covers the section that had an issue in the first layer. 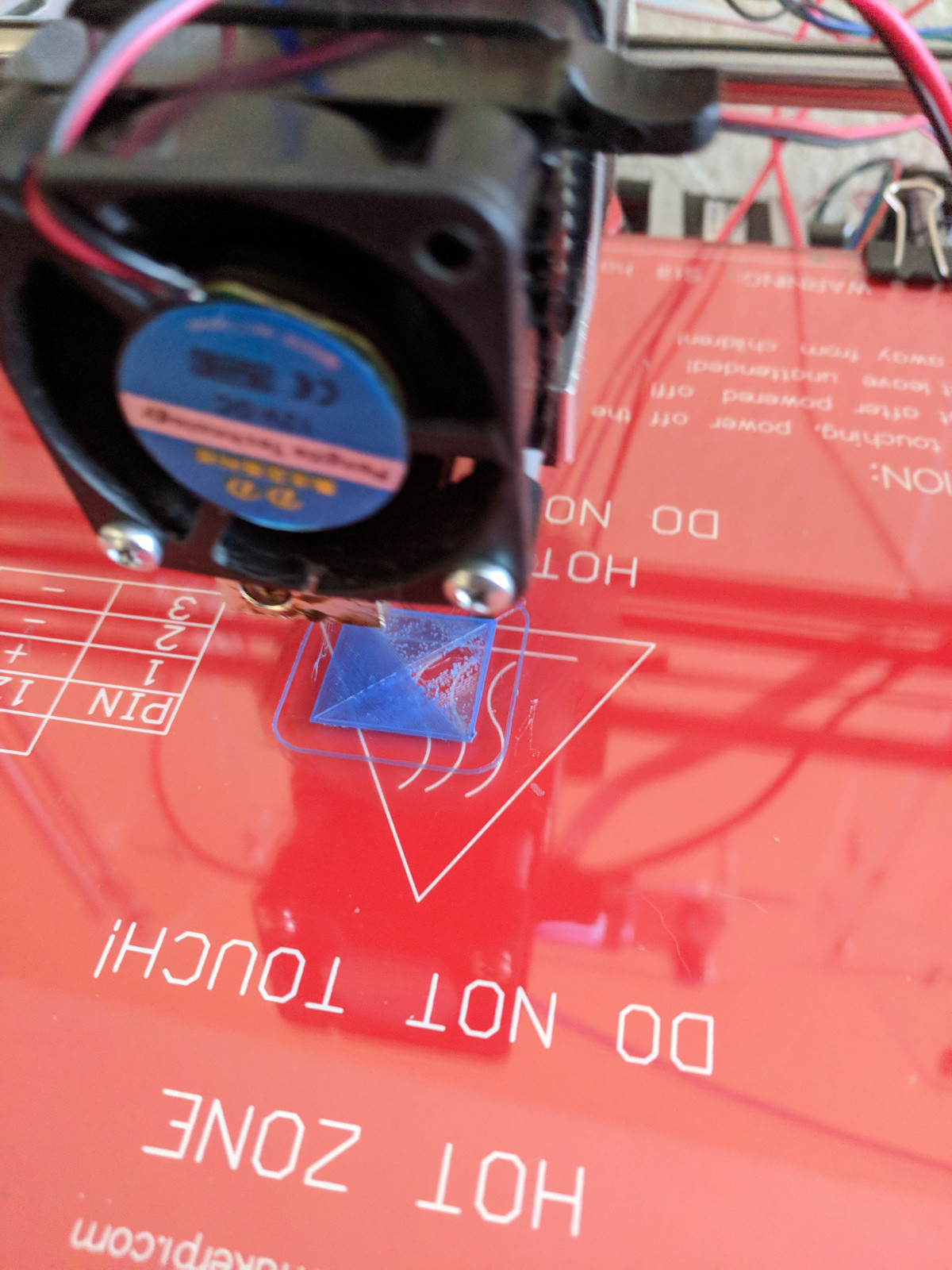 I've tried cleaning and rebalancing the plate multiple times, just picked up a new plate to try (will be here in two days), have completely swapped the tube and nozzle on the hot end, and have played with the temperature. The layers look great for that first half at 195 °C with a 70 °C bed. Extruder stepper motor works when set from the prepare option screen. The nozzle is 2 mm and have it set properly in slic3r (using the Repertoire 3D printing program). Does anyone have any other suggestions for getting this to work properly?

Browse other questions tagged extruder reprap or ask your own question.