I work on communication devices for people with disabilities that prevent them from speaking. This can be anything from a board with symbols on, to a relatively sophisticated app.

Some potential users also have sight issues and have to distinguish symbols by feel (these particular users have cognitive disabilities and so braile isn't useful) . Currently the solution is to, by hand, stick items onto the buttons. Like this: 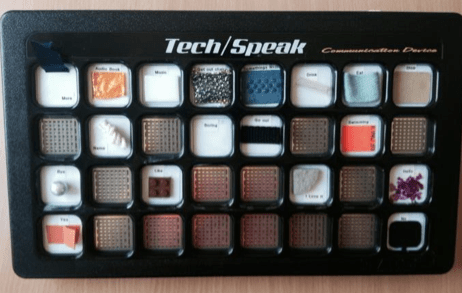 This is effective, but takes a very long time.

There exists open symbol libraries like this, that include nice svg images like this one (not uploaded, because SO doesn't like svg, but here's the screenshot: 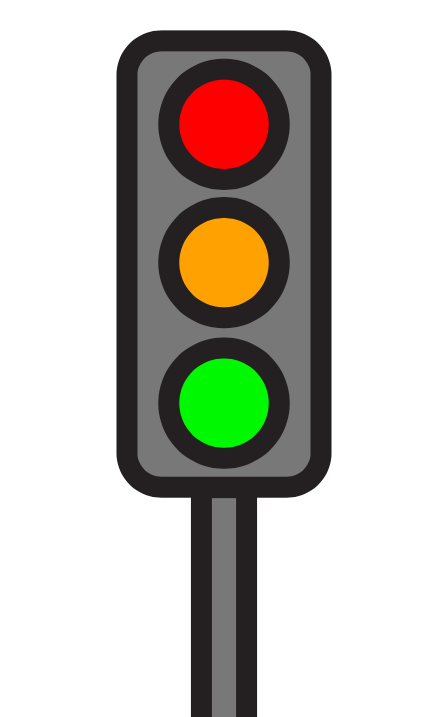 A friend converted some of these images into 3d prints like so: 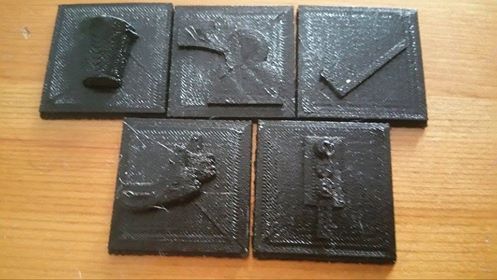 This was amazing, and useful, but I understand quite time-intensive for him - and there are thousands of these symbols.

Here's what I want to know: given that SVG is a relatively simple structure and the symbols are very simple, what are the steps for writing the script that says: "Take the svg, map it to a plane, raise everything that is black by 2mm, everything that is gray by 1mm and add height for the rest of the colours according to this table" ?

Bonus points for something that I can reasonably get going on a set of 10000 svg files and come back to later...

If you install inkscape, pstoedit and ghostscript version 9.21 (not the latest as pstoedit is incompatible) you can get the file into a format that openscad can import using two commands in a cmd file

will import gives me 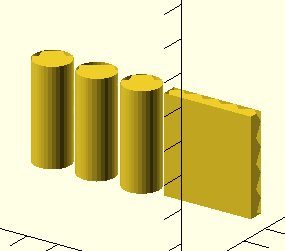 Nothing thats works via scripting BUT is really simple and easy.

Thats going to take a while for 1000 files but its so simple, printing the stuff will take forever, so you´ve got some time :P

Edit: Maybe edit the topic to something like "SVG to STL conversion" which would make the thread more likely to be found.

Not the answer you're looking for? Browse other questions tagged 3d-design stl or ask your own question.

17
Tips for making parts that push/snap together
2
fill in svg or stl design
4
Slicing adds holes/cracks to my object
6
Outputting an STL file that contains multiple objects for import into Blender
5
STL to STP CAD Conversion
1
Painting an STL file
2
What is the simplest way to render an image of an obj exported from Tinkercad?
2
What is the correct way to export SVG in order to convert to STL?