How to draw cube with cone (Dreidel like), using Onshape?

I want to draw a cube with cone using Onshape.

I need the cone to "shave" the corners of the cube, till it gets to the middle point.

This is diagram I made: 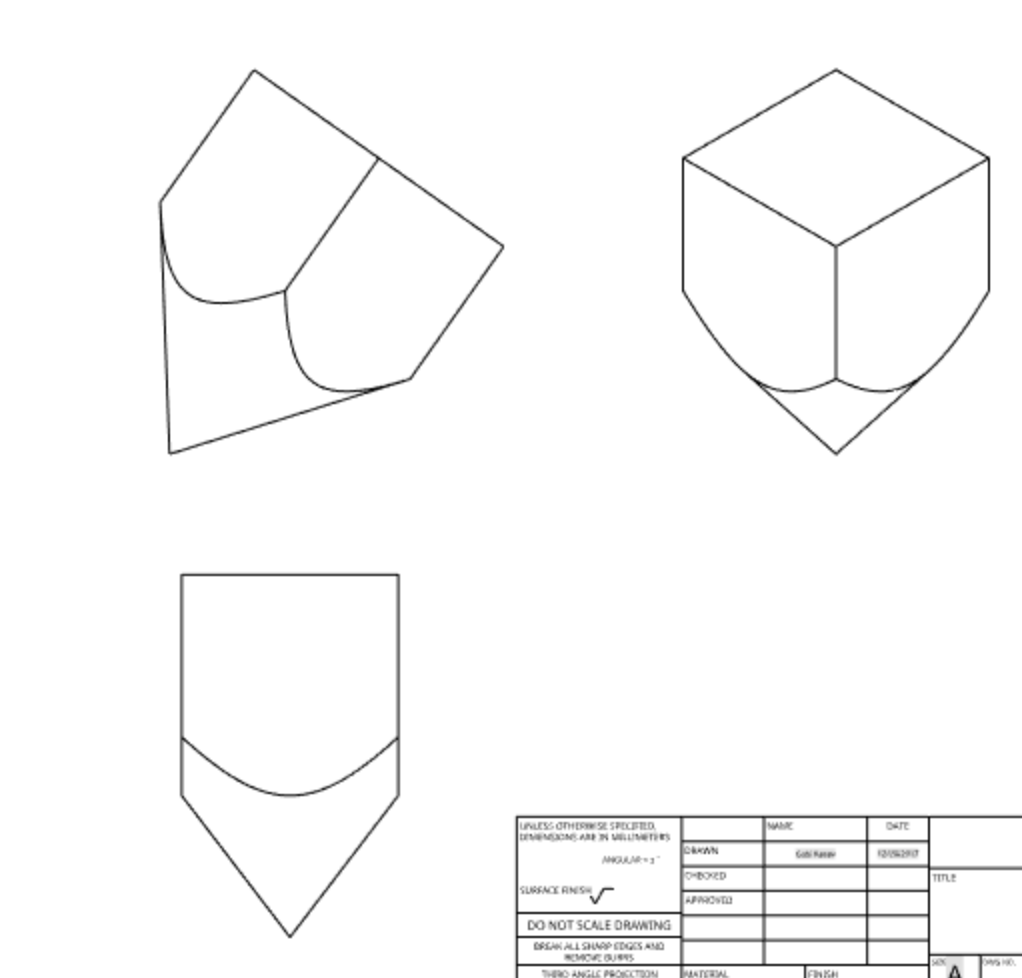 What is the best way to do it?

After rejecting the intense interrogation process for signing up with Onshape, I've settled for a general description based on common practices in 3D modeling.

You would create the rectangular solid representing the cube, as well as another rectangular (or cylindrical) solid slightly larger than the first one. 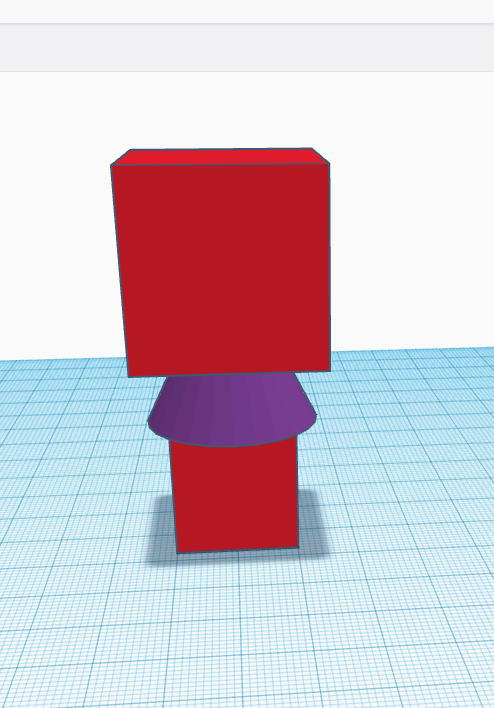 Create also a cone shape with the dimensions appropriate to the segment you wish to have remaining on the first solid.

Using Boolean operator or the equivalent, subtract/difference the cone shape from the second solid, resulting in a "pencil point" shape of empty space in the second solid. 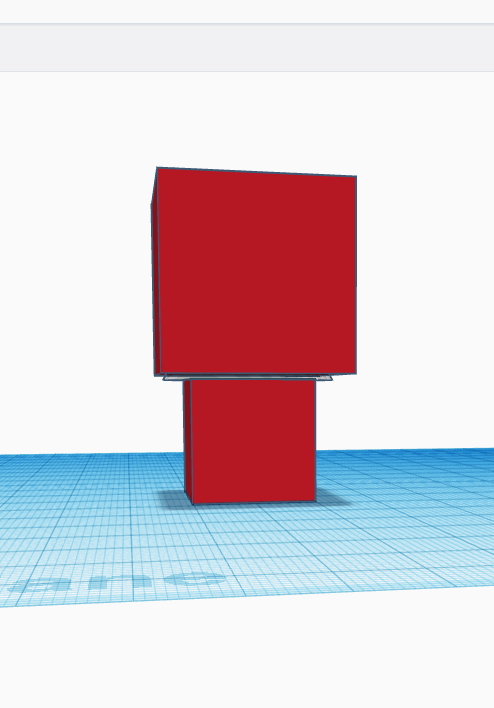 The skirt of the cone is barely visible in the image above and is transparent, the TinkerCAD™ version of subtraction.

Once grouped in TinkerCAD™, the entire cube becomes a subtractive body. 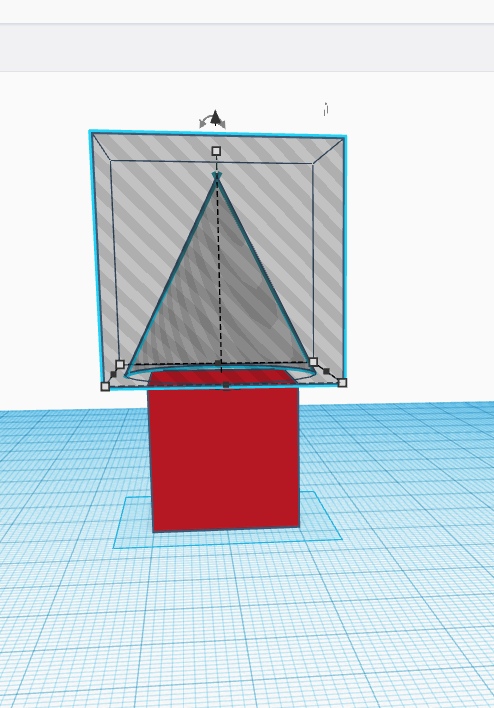 Place it in the appropriate position over the first solid and perform a second subtraction/difference or Boolean equivalent. 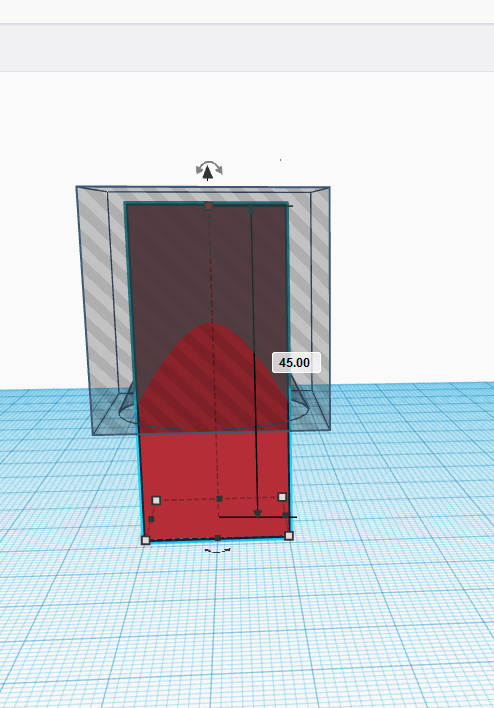 As one may note, the original cube was not tall enough and had to be stretched to provide the desired result. Not visible in this image is that the subtractive shape was not centered on the cube and resulted in an off-center final solid. Easily corrected with alignment tools, but an important aspect when performing Boolean operations. Control-Z is your friend. 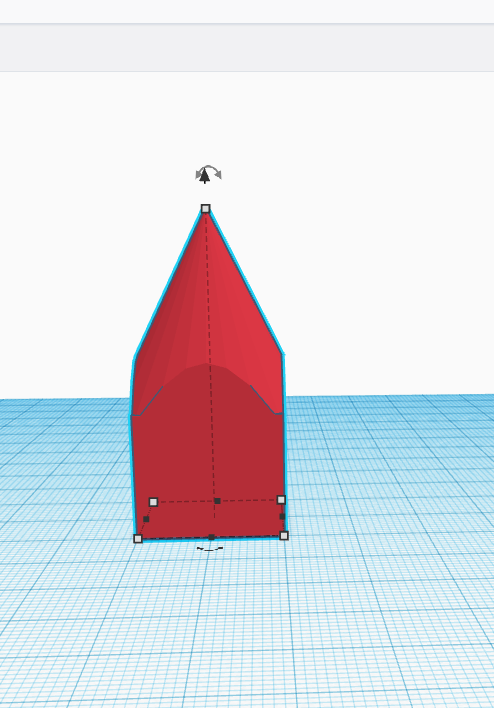 The above steps work with OpenSCAD™ as well as Fusion360™ and even within TinkerCAD™ but the specific steps/sequence varies from one program to the other, of course. This example was performed in TinkerCAD™ because it was the fastest method. Fusion360™ would have stretched my abilities to accomplish the same result, due to my minimal experience with that platform.

I am not surprised to discover and easily locate an exact tutorial for OnShape™ that covers the boolean subtraction process. The images are complex within the tutorial, but the process and concepts are identical. The video accompanying the tutorial is also well done and explains clearly the steps involved.

Not the answer you're looking for? Browse other questions tagged 3d-models 3d-design or ask your own question.

4
How do you 3d print from an existing part when you have no CAD drawings?
2
fill in svg or stl design
3
How to concave a cylinder with Onshape?
3
Adding points to a point cloud
3
How could I print a large sphere-like object?
3
Convert ball-stick model to STL from the command line
0
Meshlab creates weird bubbles when using poisson surface reconstruction
2
Looking for CAD files of basic crystal structures
2
Improving print speed by adding holes
0
How to add tolerances/gaps in OnShape?