Under extrusion towards the end of the print

I have really strange problem. Thing is that my print (first layer) started ok, not good nor perfect but ok and everything was going well but then all of a sudden, near the end of a print, quality drops drastically. I'm not really sure but I think this happened because of under extrusion. I'm not so good with English so here are pictures of finished print and some more details. 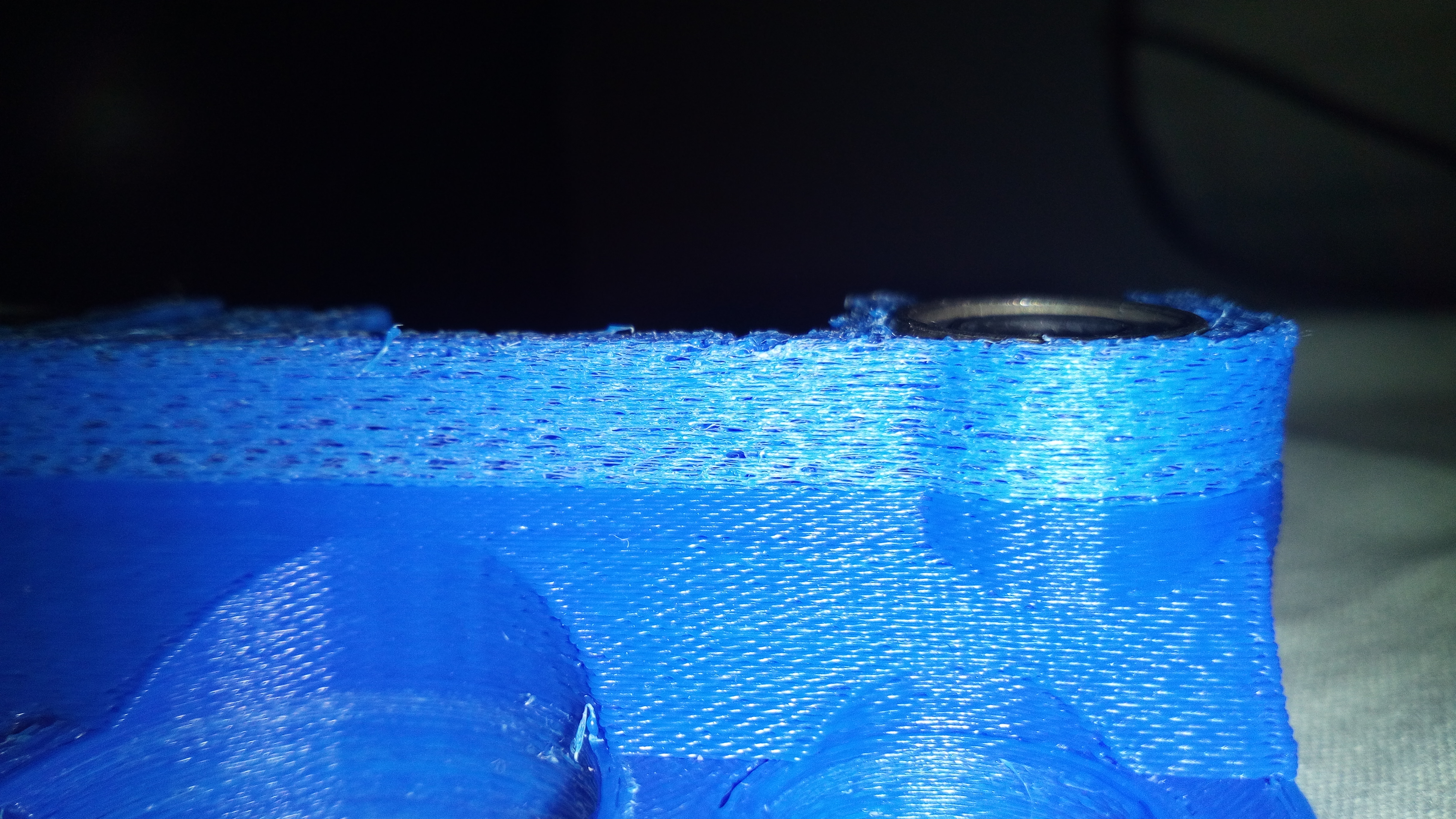 At least judging from the pictures, that does seem like under-extrusion. Some ideas for further investigating the issue.

The problem may be due to the gcode being wrong. In this case, your printer is merely executing correctly... the wrong commands. To check if this is the case:

The problem may be due to a mechanical fault with the printer. Here the only idea I have to offer is overheating of the steppers and/or their controllers. This may in turn make the extruder servo skip some steps and therefore extrude less filament. If you perform the conclusive test above, you will know if this is the case.

The problem may be due to a firmware bug. This is difficult to investigate, my only suggestion would be: upgrade to the latest and greatest, if you haven't done it already.

The problem may be filament-related. This could be a number of things, but since the problem seems to happen at towards the end of the print, and your are printing at relatively high temp, an idea could be that too much heat reaches the cold end of the extruder, interfering with its extrusion. The easiest test here would simply be to re-print a failed print with a different filament. In your case I would suggest some PLA, just to decrease the temperature and change the chemical composition too.

These are more or less all shots in the dark, but - together with asking here - it would be what I would do to debug, had I the same problem. Keep up posted! :)

It seems very likely this is a partial hotend jam.

This happens sometimes because of stale filament but most often by not cooling down the heat sink (the part just over the heat break) enough which generates heat-creep, e.g heat creeps up through the filament, which eventually melts too early, creating a blob.

It's main characteristic is that at first the print is impeccable but after some amount of time, you get a complete jam or under extrusion.

This can be mitigated by higher print speeds, higher layers (so that the filament moves faster), printing at colder speed (if possible), lower retraction or usually completely solved with a fan cooling down the heat sink.

I had a similar problem with PLA after upgrading to all metal hotend. My printer was in a cabinet and after some time in print had the same problem (heat creep). In the end, it was resolved by turning bed off after first 3 layers and turning on a fan to keep the cabinet cool.

If your retraction is too big you can pull hot plastic into the cold area of the hotend and create a partial clog - this happened to me yesterday when I tried to intentionally print with way too much retraction to make demonstration photos for the retraction test model I uploaded to thingiverse.

note/disclaimer: that model I talked about above is here, I'm the author of that model

Not the answer you're looking for? Browse other questions tagged print-quality reprap extrusion repetier delta .

6
Clean or wipe move for delta 3D printers
10
What is causing 'droplets' on first layer?
8
Constant under extrusion and filament grinding
7
Ender 3 severe under-extrusion
4
Strange outer skin print quality on Ender 3
3
Can't seem to fix over extrusion
3
Under extrusion when starting outer wall
3
Deltaprinter scratches print
1
Resume print but no extrusion
1
Under extrusion issue only in one vertical area but inconsistent