I don't know how to word this right now but I am going to try my best... moving on!

So I was playing with my slicing software (Craftware) and I was looking at two infill patterns, Square and Parallel. When looking at strength, print quality, and time does Square really benefit a whole lot over parallel? I ask because Parallel does not use near the filament and has less contact points on the model. I provided pictures of both to give a visual. Can I use parallel and still get super strong and good looking parts? 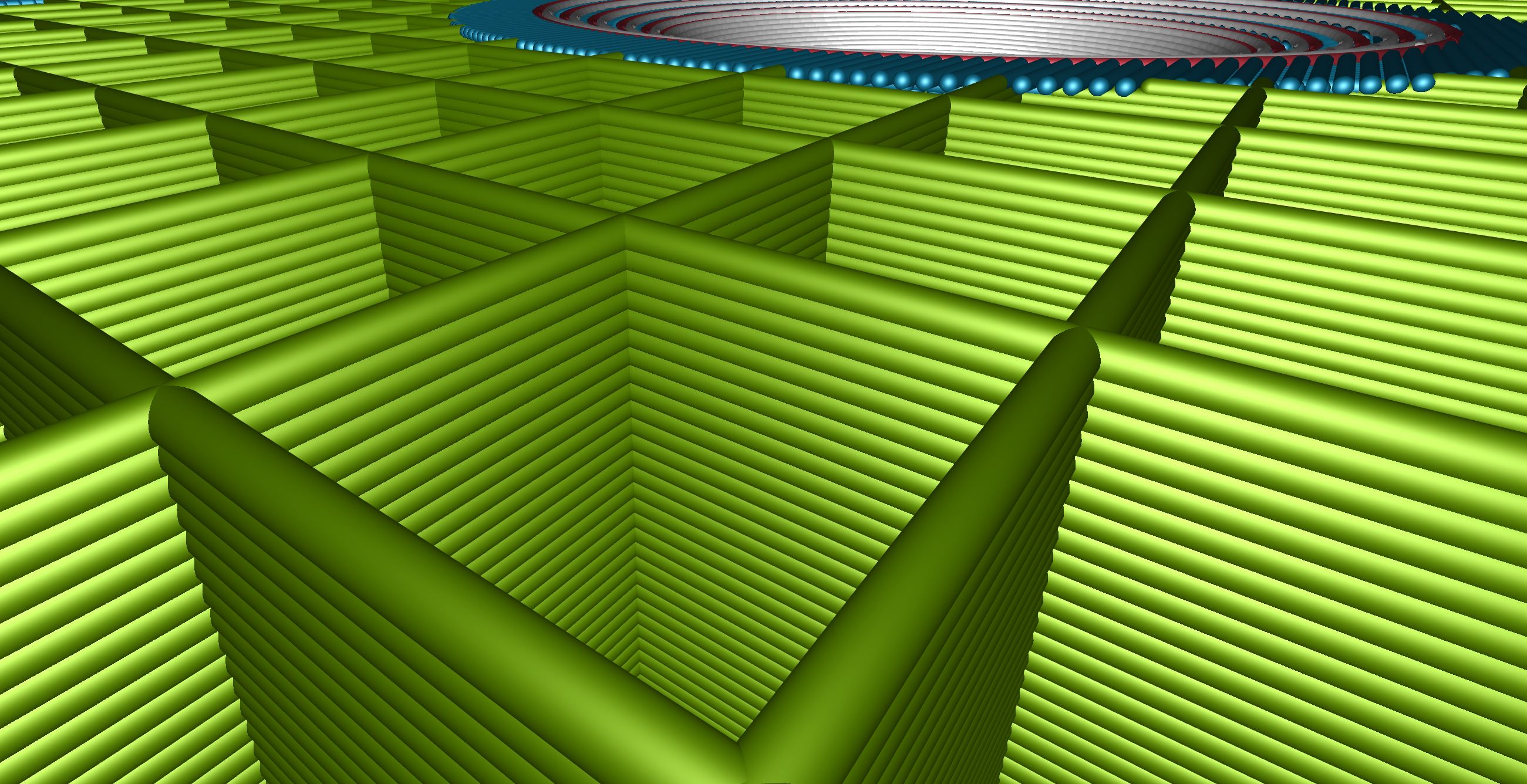 If I didn't include something or not making sense ask in the comments and I will answer/edit as needed. Thank you!

... does Square really benefit a whole lot over parallel?

That would depend by the definition of "a whole lot", of course! :)

Generally speaking, the variable you want to operate to tweak the overall sturdiness of your part is not the type of infill, but rather its density. According to the literature I have access to, sturdiness grow fast until about 60 % infill, then the gains become progressively more marginal.

Different types of infill modify the way the part reacts to stresses. The two you showcased, for example, are strongly anisotropic: a part with those infill will resist a lot more to stresses along the Z axis than along either the X or Y ones.

Also, relative to the squared infill pattern, my experience is that parts with a parallel infill pattern typically have a bit more give when squashed.

In case you wonder: cubic, cubic subdivision (and solid) infills are those regarded as offering the most equal resistance along all axis.

However, the way the infill will affect rigidity and sturdiness of a part is as much dependent from the type of filament and the shape of the part as much as from the infill settings, so - if you are after precise numbers - you should most definitely run some tests.

That depends entirely from the part shape and size.

Typically, a printer will spend most of its time printing the shell. This is due both to the settings (you want to go slow on the shell to increase quality) and to physics, the shell typically requiring many more changes of direction (and thus accelerations and decelerations) than the infill.

So, even if the parallel infill requires about half the work of the squared one (50 % faster), in a small print with a sparse infill, the total time spent doing infill may be 10 %, thus the net gain would be only 5 % of the total printing time.

This is very printer-dependent. For me, when printing with two shells, I can't tell the difference on any infill. For the top layer, the quality is affected more by infill density than type (with the filament sagging slightly between walls if the infill is very sparse).

12
Slic3r - Can I add new infill patterns?
14
Choose infill percentage
7
Does Cura have an algorithm for any infill percentage or does it just have specific patterns?
30
What are the advantages of gyroid infill?
2
Gap between infill and walls for one filament only
6
Uniform squishy infill
6
Do Cura's self-crossing infill patterns account for excess material from self-crossing?
1
Infill not printing well. What I am doing wrong?
0
Custom Infill Pattern Based on Self-Generated Geometry