Understand what CR-10S fans are cooling

I am designing a fan mount for the CR-10S printer to hold the E3D All-metal v6 HotEnd and BLTouch sensor.

The CR-10S printer has two fans.

One on the front: 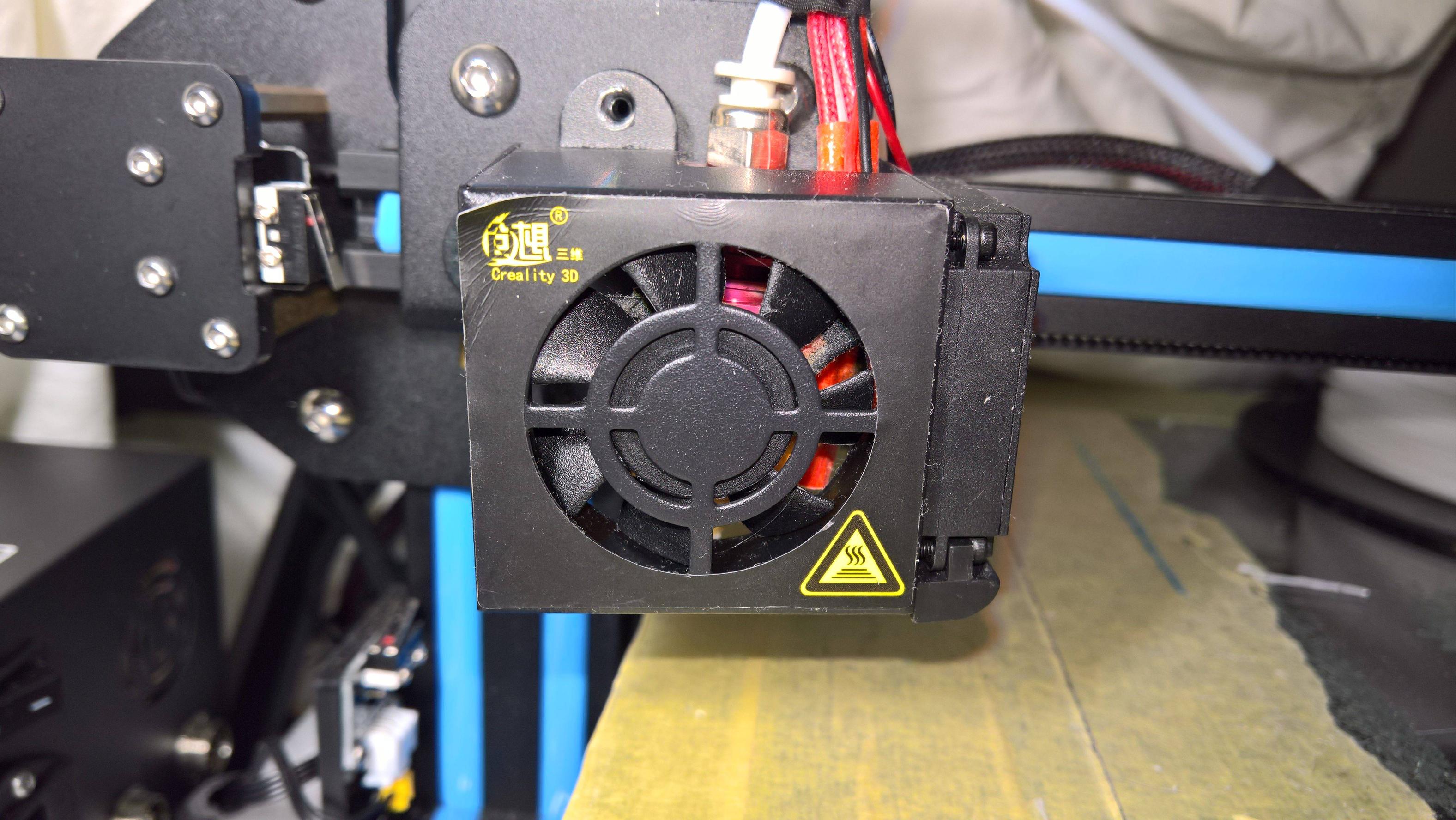 and another one on the right: 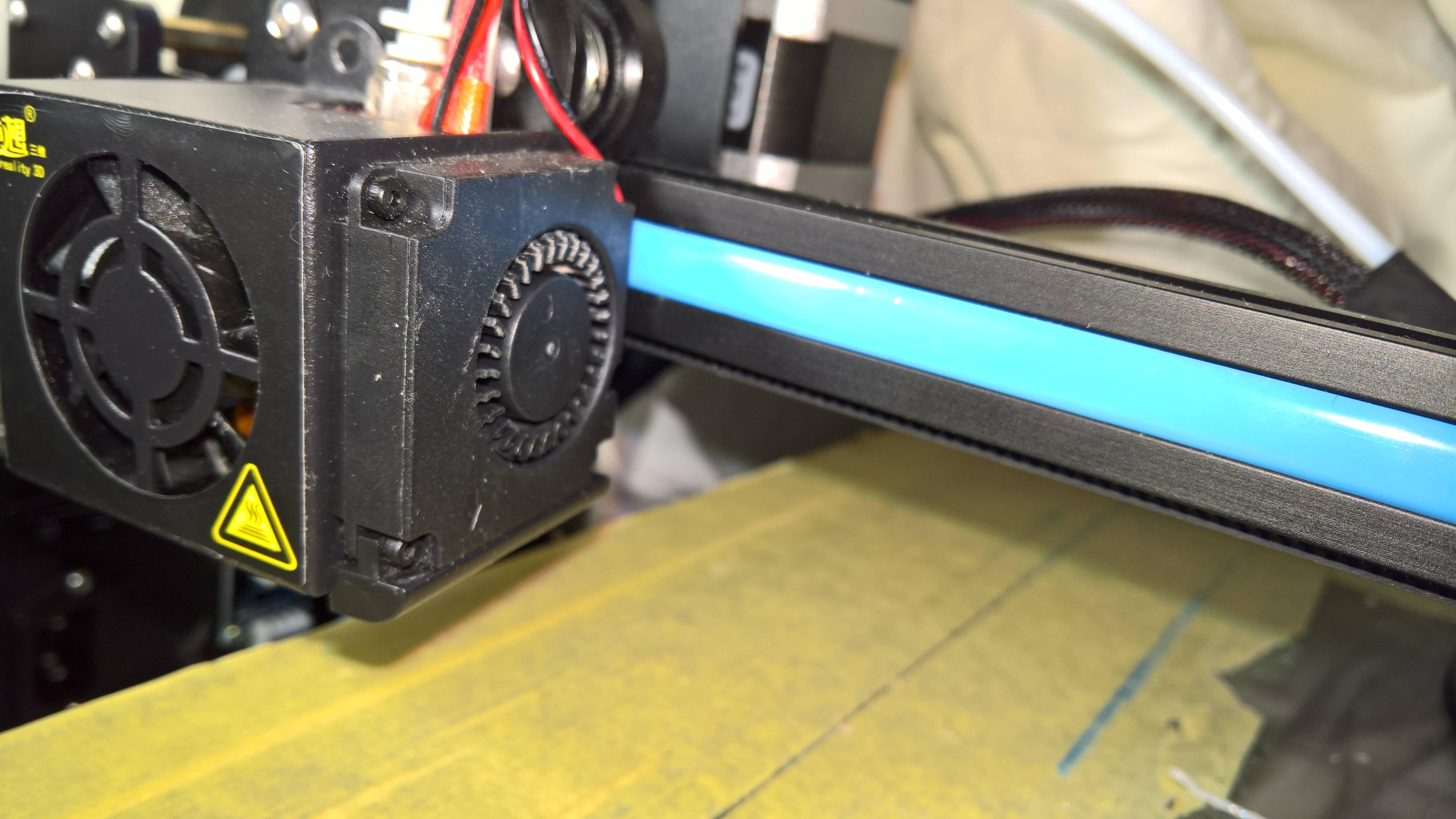 I need to know what the two fans are actually cooling in order to make a perfect mount.

When powered on, the front fan seems to be on 100 percent of the time. The right fan can only be on via gcode when printing.

I removed the fan mount to study it and it looks like the front fan is cooling the hotend heat sink. 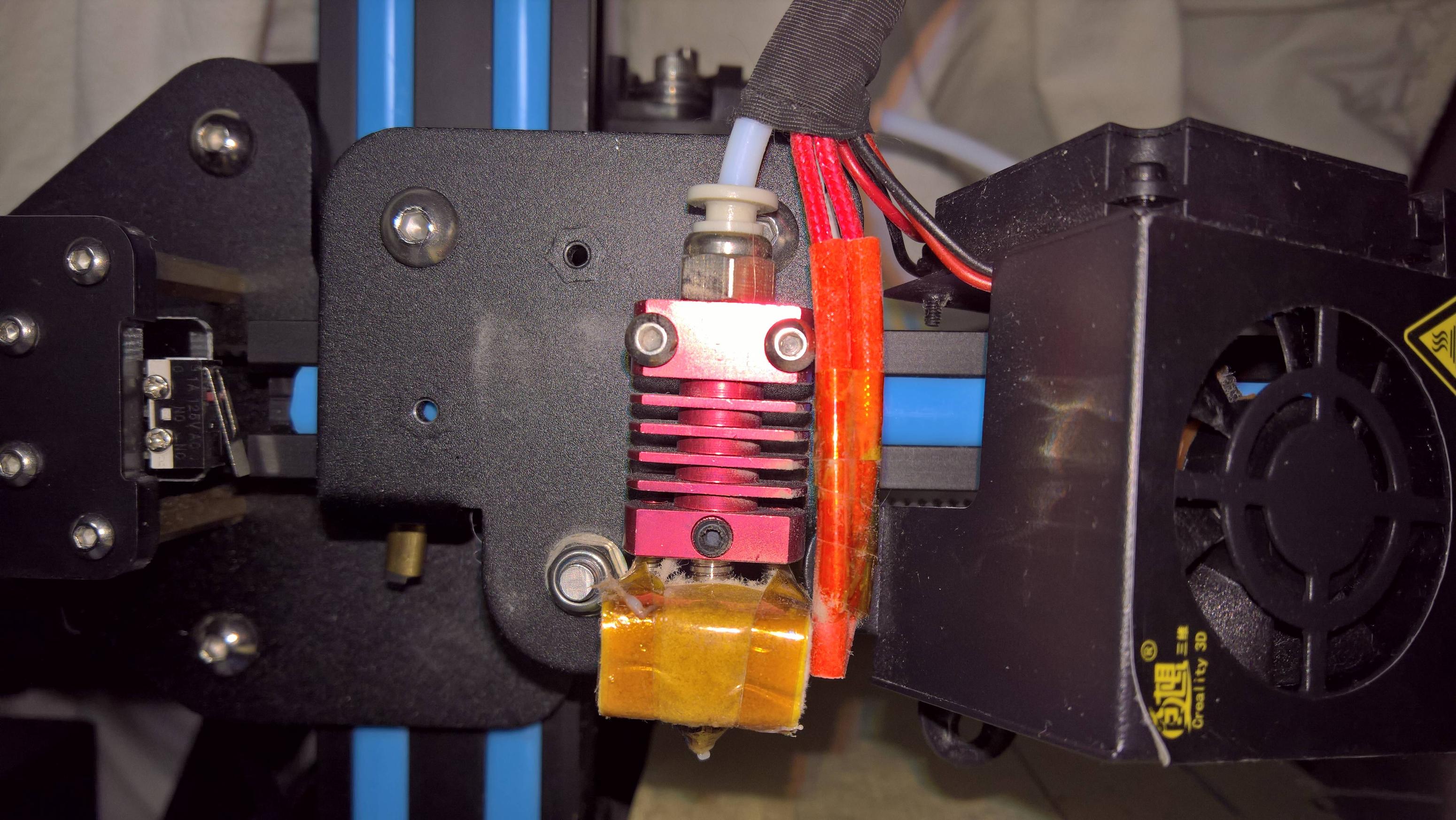 The right fan is attached to the mount and there no hole there to let the air from the fan go through. It seems to be cooling the metal it is bolted to and that doesn't make sense.

Am I correct about the front fan? What's the right fan cooling?

The function of the front fan is keeping the cold end well... cold. :) It should be spinning as long as the printer is turned on.

The right fan is known as "part fan" and its function is to cool down the plastic that has been just extruded, the idea being to solidify it as soon as possible. As you noticed it is controlled by the gcode and it can be turned on, off and even made spin at any speed in-between still and full throttle. It normally stops spinning at the end of the print (with some plastic like ABS it may be set not to spin at all even during the print).

If you take a closer look at your CR-10, you will see that the receptacle the air is blown into by the part fan has no bottom: that slit is where the air passes through, before being deflected 90° towards the nozzle.

On the CR-10 the standard deflector for the part fan does not do a good job (the air is not blown where it should) and replacing it with a custom part is one of the most common upgrades performed on the printer.

Personally on my CR-10 I used a custom mount with an integrated "fang" that blew the air from both sides and worked really well. It also had the advantage of reusing the hardware from the original assembly (= you don't need to buy anything, just print the part).

Not the answer you're looking for? Browse other questions tagged cooling print-fan fans .

9
How to configure Marlin to enable auto-fans with dual extruder
6
Cooling fan noise when head is moving in the X axis
7
Why does my part-cooling fan cause stringing?
1
Prusa i3 improvement - cooling fan
5
Does right handed radial fan exist?
2
How to find correct part cooling fans?
1
All-metal hotend, cooling fan failures, and cold-side PTFE
2
Thermoelectric cooler for part cooling fan?