Ramps 1.4 with a power brick

I'm currently designing a RepRap 3D printer that will not have a heated bed. I have heard that it is possible to use a power brick with commercial printers lacking heatbeds. Is this possible with a RepRap printer using a RAMPS board?

As long as you provide enough energy to heat the nozzle and keep its temperature, that is possible, as steppers power usually is limited by driver to reduce noise.

According to this video, Upgrade TronXY X1 Power Supply with PC Power Supply, which actually shows the power brick, the TronXY power brick is 12 V 5 A. The best screenshot of the brick is shown below: 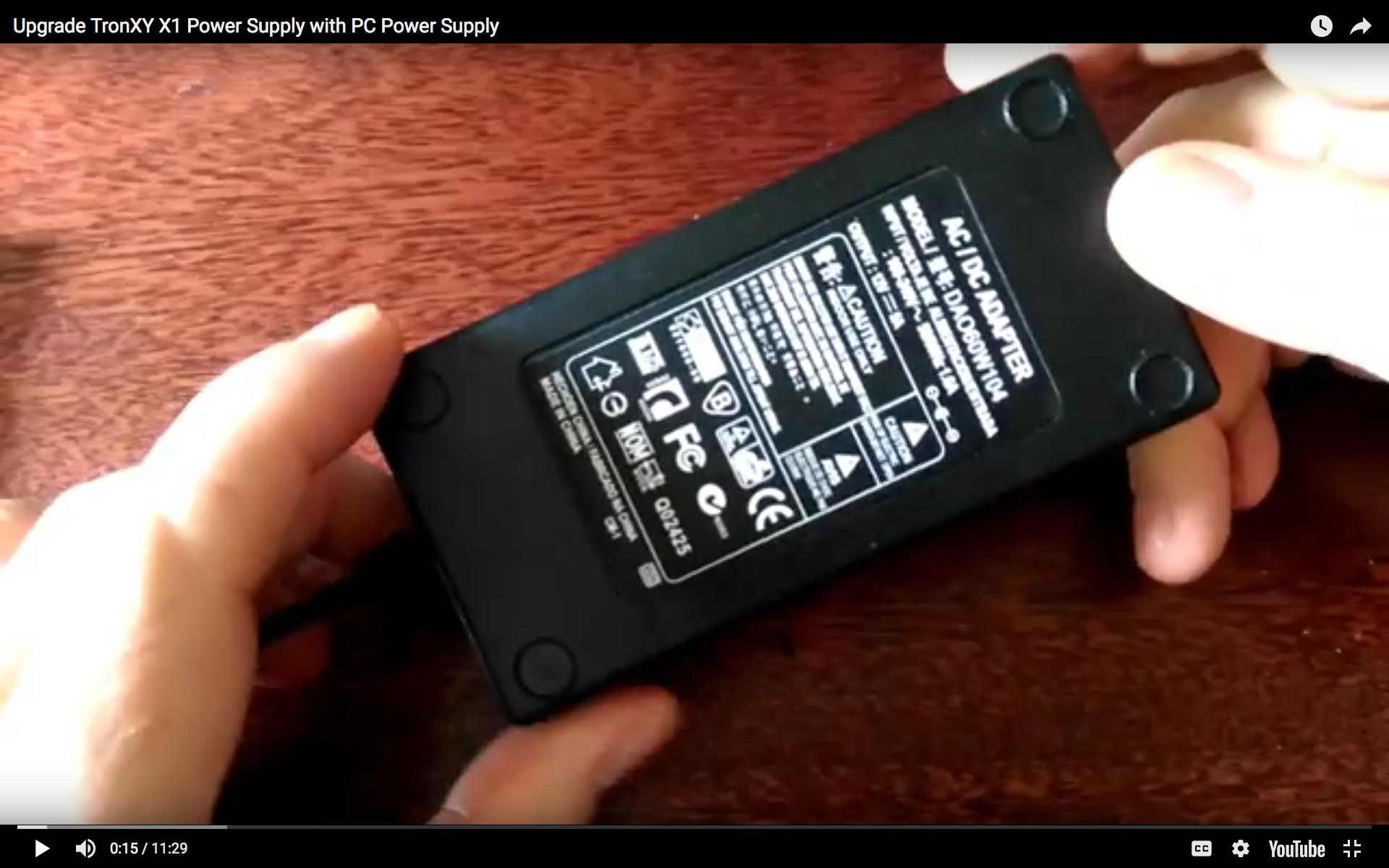 The narrator of the video (as do other sources) states that it runs extremely hot on long print cycles.

Nevertheless, would you want to? It would seem advisable to get a higher rated power brick1. That way, you can run the printer harder and longer without the risk of the power supply dying (or worse, catching fire) and if, at a later stage, you want to add a heated bed, then you'll be able to use the same supply brick.

1 I think the biggest laptop 12 V supply I've seen was 15 A on eBay. Earler Xbox 360 bricks go up to 16.5 A. Both of these still get rather warm, due to their (admittedly convenient) black plastic casing. It might be better to get a standard, well ventilated, aluminium cased 20-35 A LED power supply, as in the AliExpress link above.

Not the answer you're looking for? Browse other questions tagged ramps-1.4 arduino-mega-2650 tronxy-x1 .

8
Is this fuse a good choice for my Prusa i3's power supply and RAMPS 1.4?
4
When building the ramps 1.4 is it safe to use small wires to jump the 5A, 12V power input over to the 11 Amp input
6
Arduino Mega voltage regulator overheats with RAMPS board
4
RAMPS 1.4 losing power with more than 3 drivers mounted
3
Homing a stepper motor as an extruder using E0/E1 with an limit switch and end stop
4
Cooling fan spins extremely fast, noisy on startup
3
Reprap RAMPs over heating issues
1
TMC2130 External VM RAMPS 1.4
2
Which 3D printer controller should I use?