I try to configure my 3D Printer properly.

I printed this boat model https://www.thingiverse.com/thing:2763854 (with a scaling of 0.6):The quality of the print looks nice but at the last roof the entire print slipped away. (e.g. no adhesion between bed and print)

Here are some printing configuration 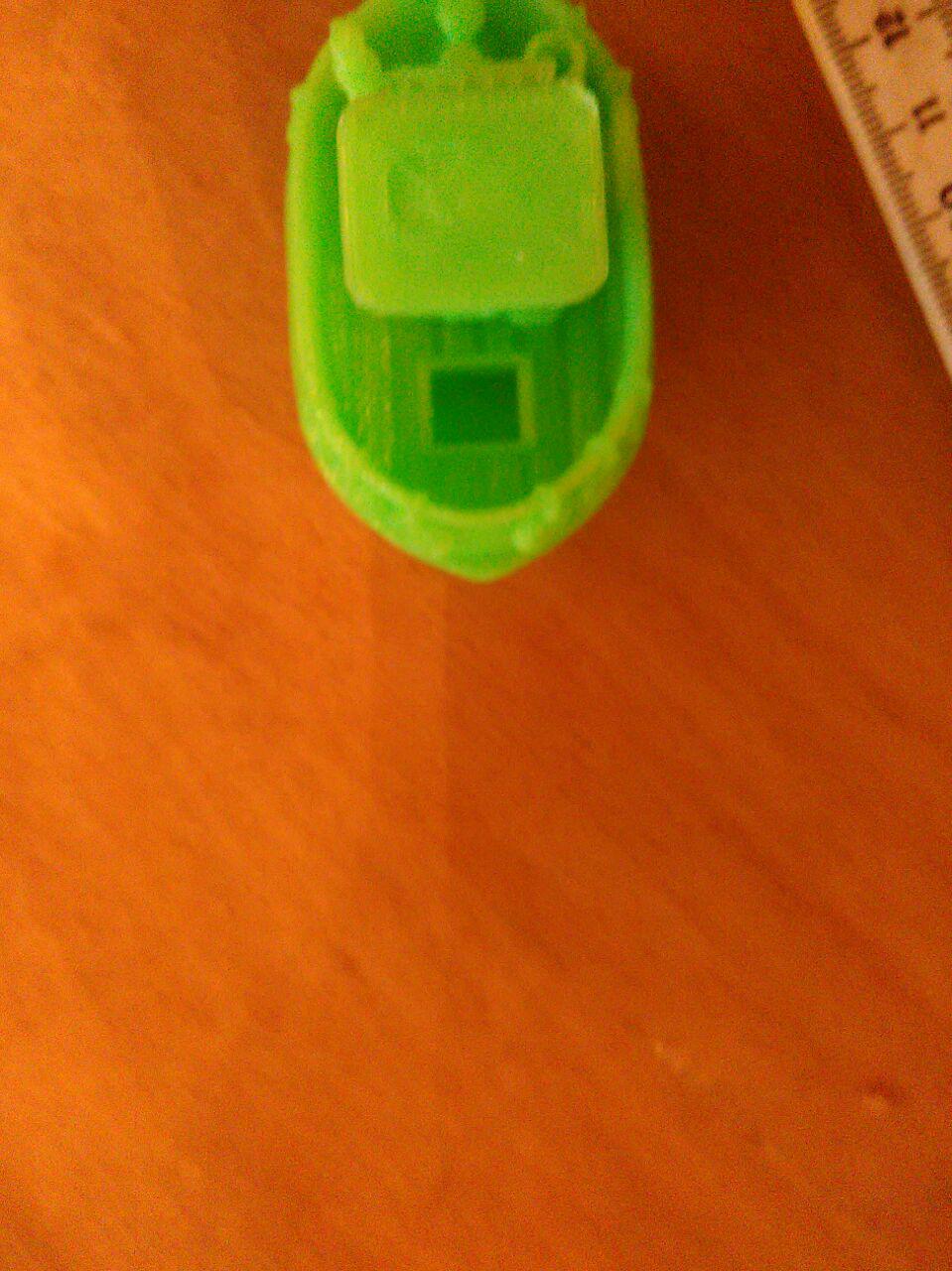 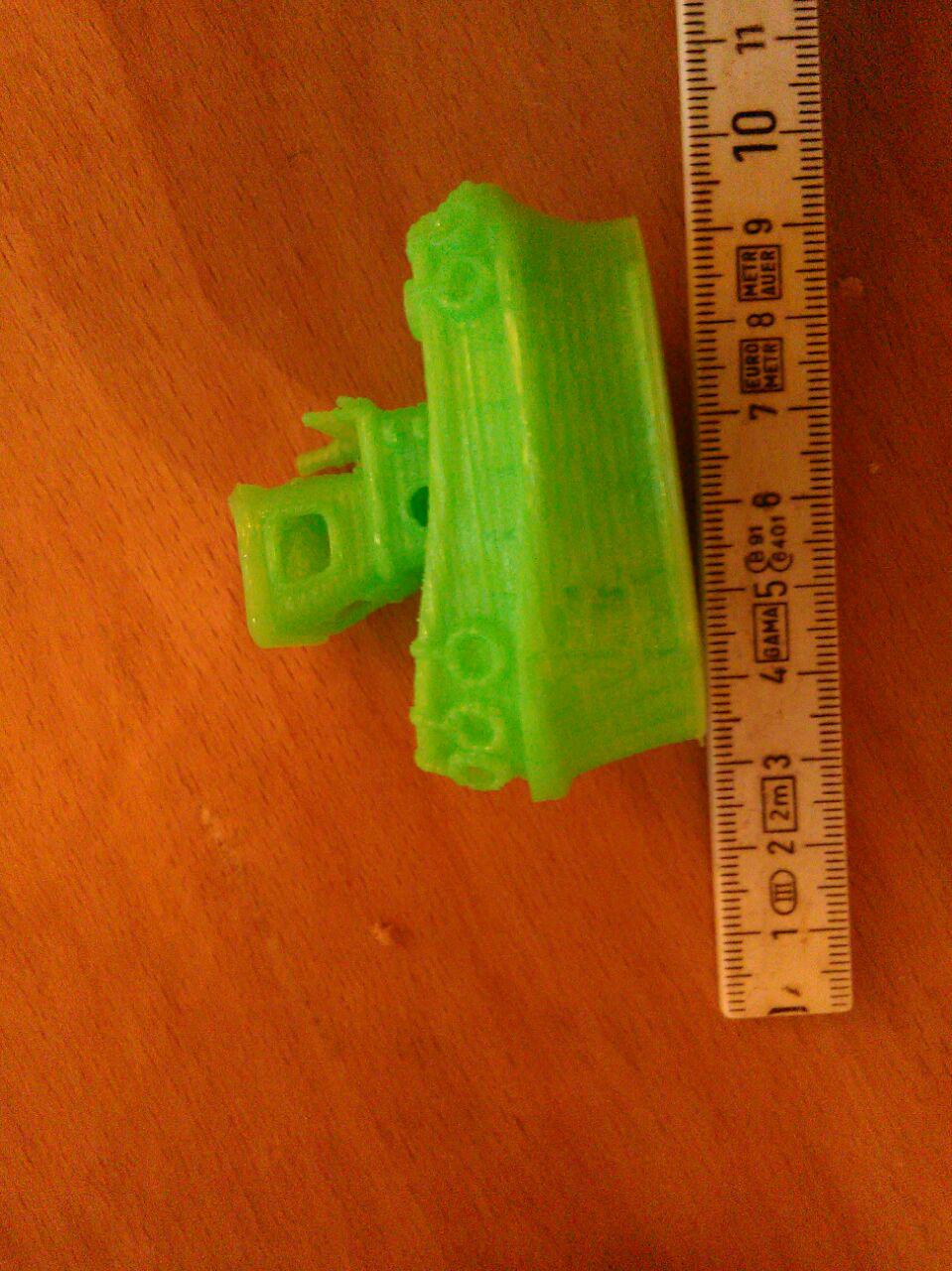 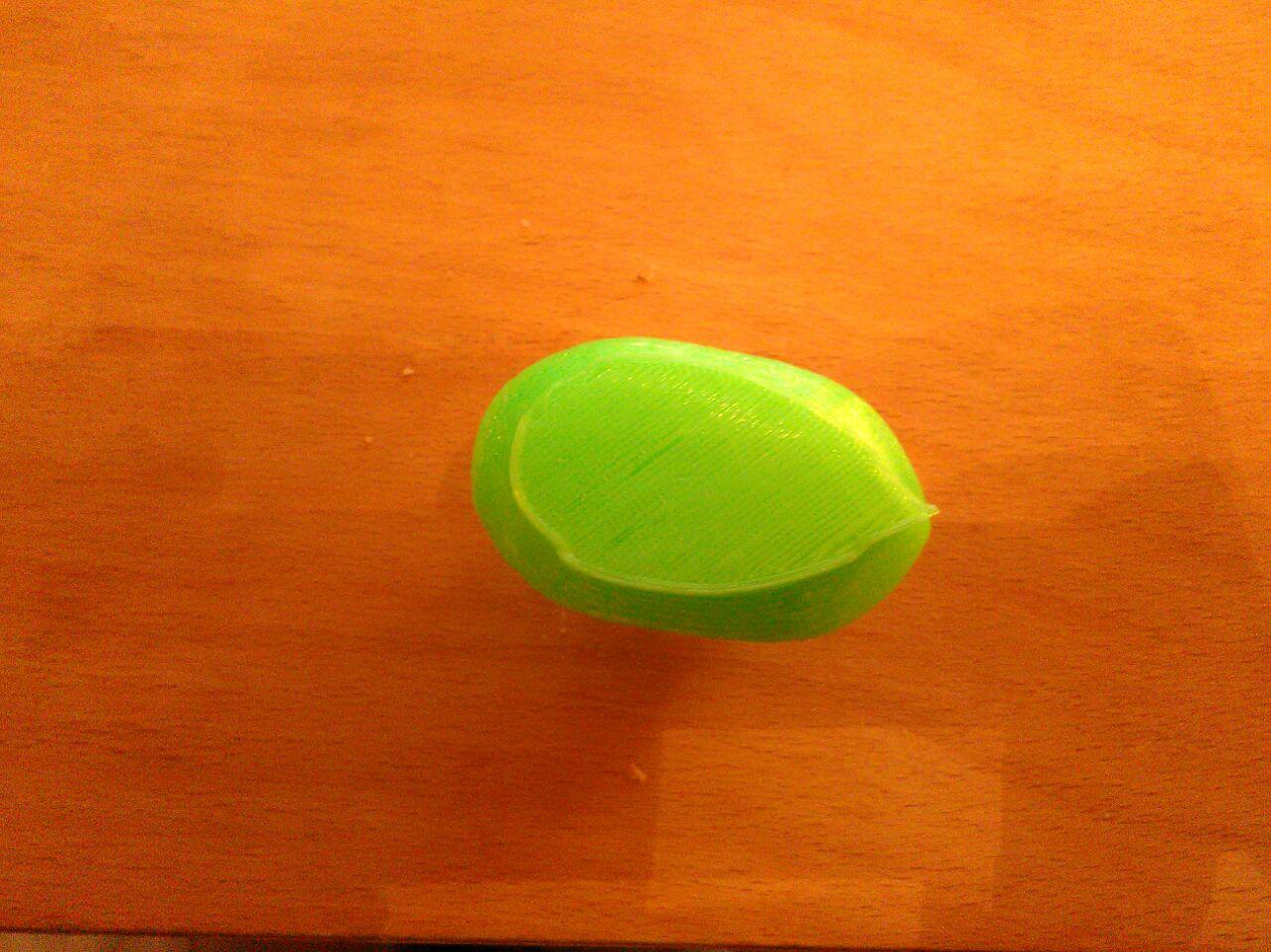 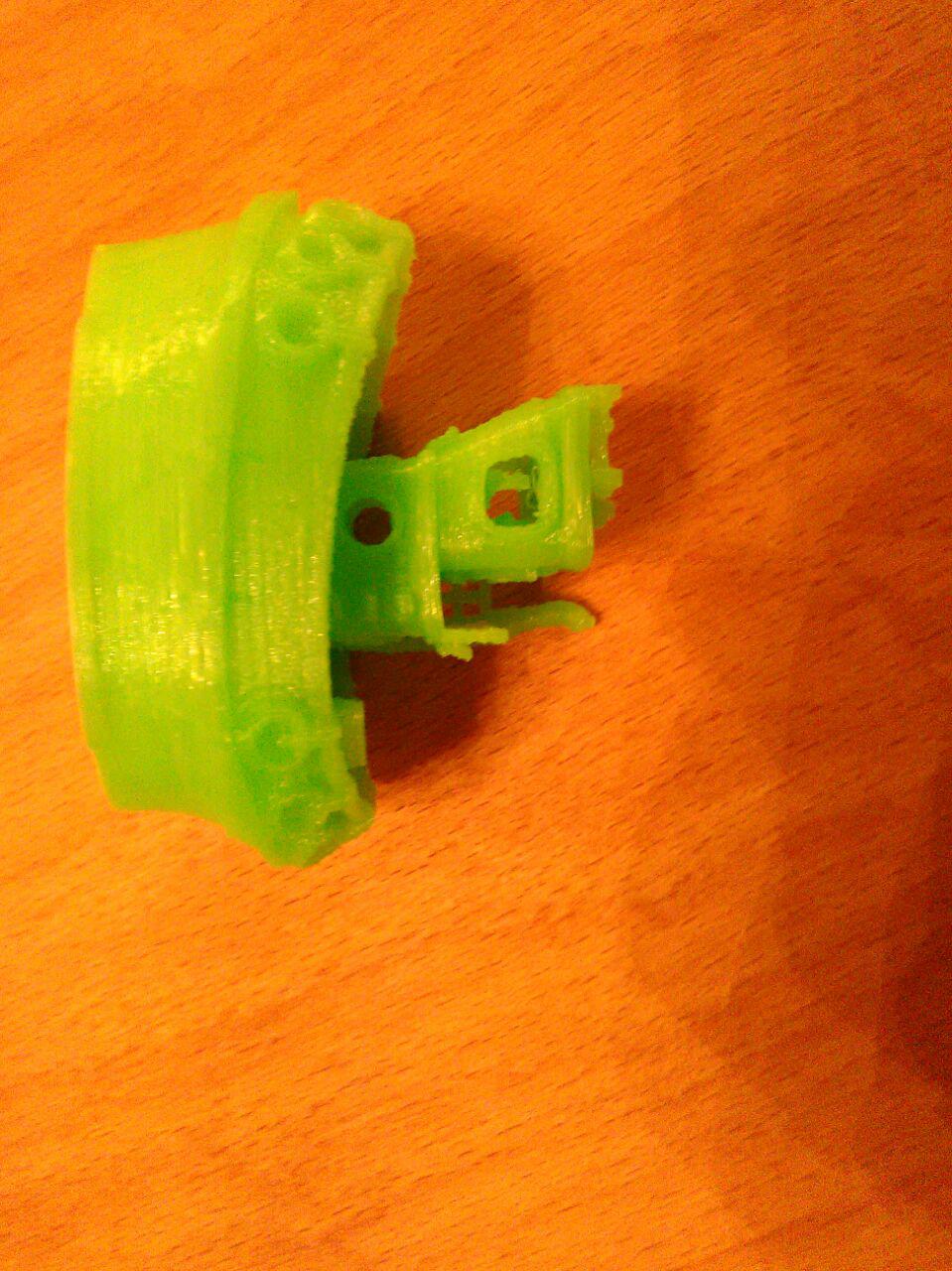 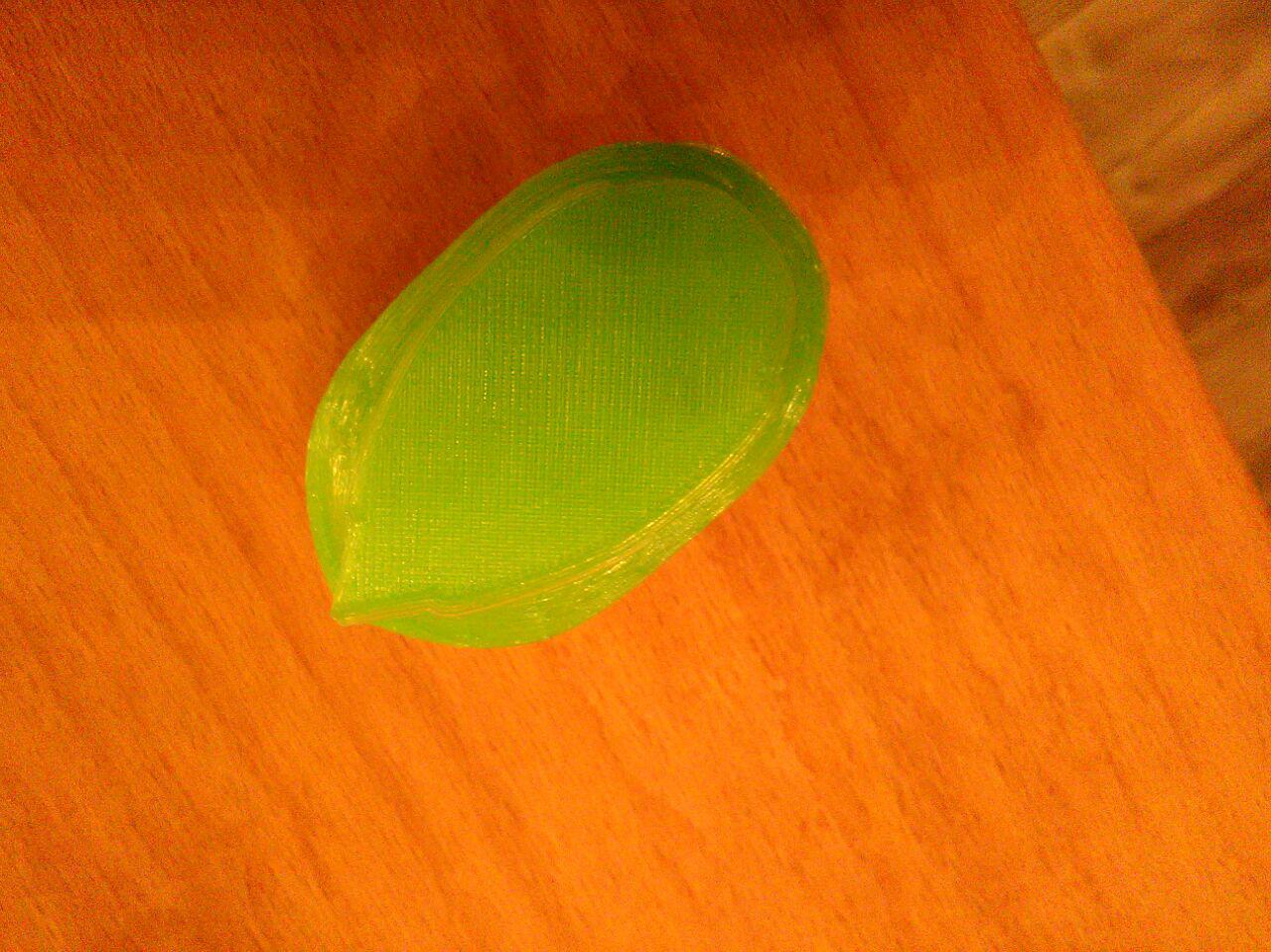 If your printer is a genuine Prusa i3, MK2 or MK2.5, it will have a PEI bed which requires no additional adhesive for a model to remain properly attached during the print.

The PEI should be cleaned with denatured alcohol prior to a print. If your bed has had many prints in one location, the PEI will lose adhesion. I've recently assisted a Prusa owner to change the PEI sheet which improved print adhesion greatly. The strange aspect of that is the problem was getting the print to release, not that it would not remain attached. The user now knows to move the print location around the bed and not always in the center.

In your case, all the parameters look good, although 60mm per second is rather fast, that should not have a big effect on adhesion.

Prusa printers have the ability to perform a live-z adjustment. The first layer being printed should have a slightly squished or squashed appearance. When you begin the print, use a skirt or brim to force the printer to outline the model. During that period, use the live-z adjustment to flatten the first layer, but use caution to not drive the nozzle into the print surface.

For testing purposes, consider to create a model of only 1 mm thick using the same settings. This will give you faster results on testing the live-z and getting a good bond to the bed.

I use 70°C for printing PLA, but the measured temperature on my glass bed is 60°C which leads me to believe that you have a good number. The printing temperature is reasonable too.

10mm brim is wide and further indicates that your adhesion may be related to first-layer nozzle height.

Post-photo edit: I can see in the image provided that the first layer has large air gaps. This is directly related to either the extrusion factor or the z-height. The remainder of the model looks too good to be extrusion factor, returning my first assessment of z-height problems as more likely.

As best as I can determine from your printer name, you do not have a genuine Prusa i3, but rather a Geeetech prusa clone i3. As such, many things are different. My suggestion about z-height is no longer valid, as the firmware is likely to be different for your printer.

I'm not a cura user, but my quick research shows that it's probably called flow percentage. Other posts on the 'net suggest that below 100% would be underextrusion. I've found a video that shows how to make your extruder match the 100% flow setting in the software. It's smarter to have the firmware represent accurate figures and the video will allow you to perform this calibration.

The z-height for your printer is related to print bed calibration. I was unable to locate anything useful to me with respect to that aspect of your printer. It appears that the bed has four leveling screws, although I'm not certain of that. If your bed leveling involves adjusting those screws, it is possible that all four (or three?) of them are too tight and have to be released a bit.

If you have bed calibration instructions, consider to perform them again, especially if you are going to adjust the extruder settings as per the previous video.

16
Prints are now sticking too well to the bed. What to do?
12
Second layer: gaps, poor adhesion - why?
8
Adhesion problems with masking tape
10
How do skirts aid print bed adhesion?
3
Prevent stopping and heating in the middle of the print
3
Printer fails to print a cube
5
First layer looks weird and print fails
1
Filament spreading apart and stringy on first layer
0
Resin prints pulling away from build platform
1
PC-ABS poor layer adhesion