My model looks like this, does anyone know what's going wrong? 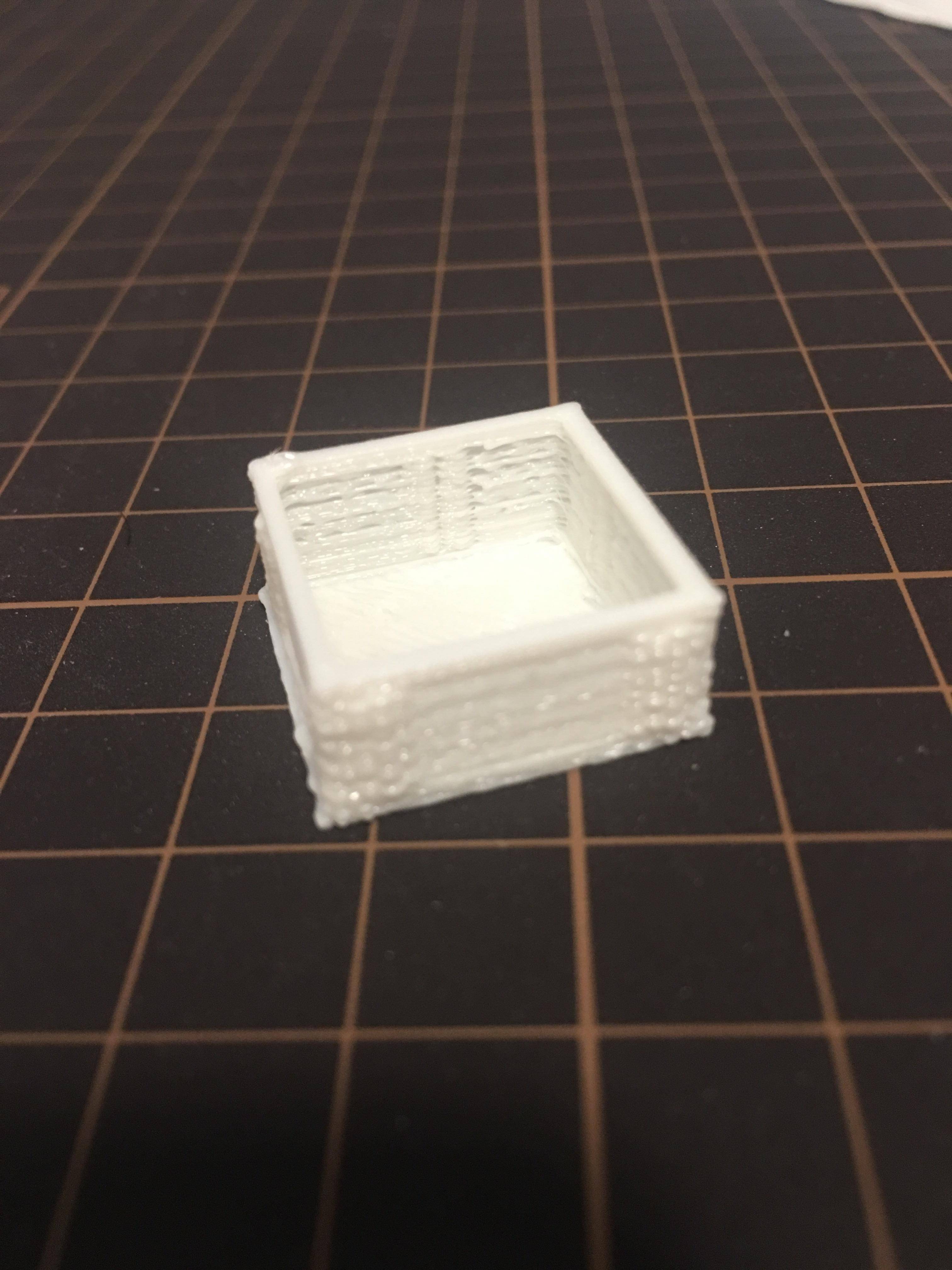 I'm thinking that if the small object looks like that, it's probably because of the slicer? And how about the bottom part of the cube... ummmm... I really don't know

The smaller object is using the same file but resized. 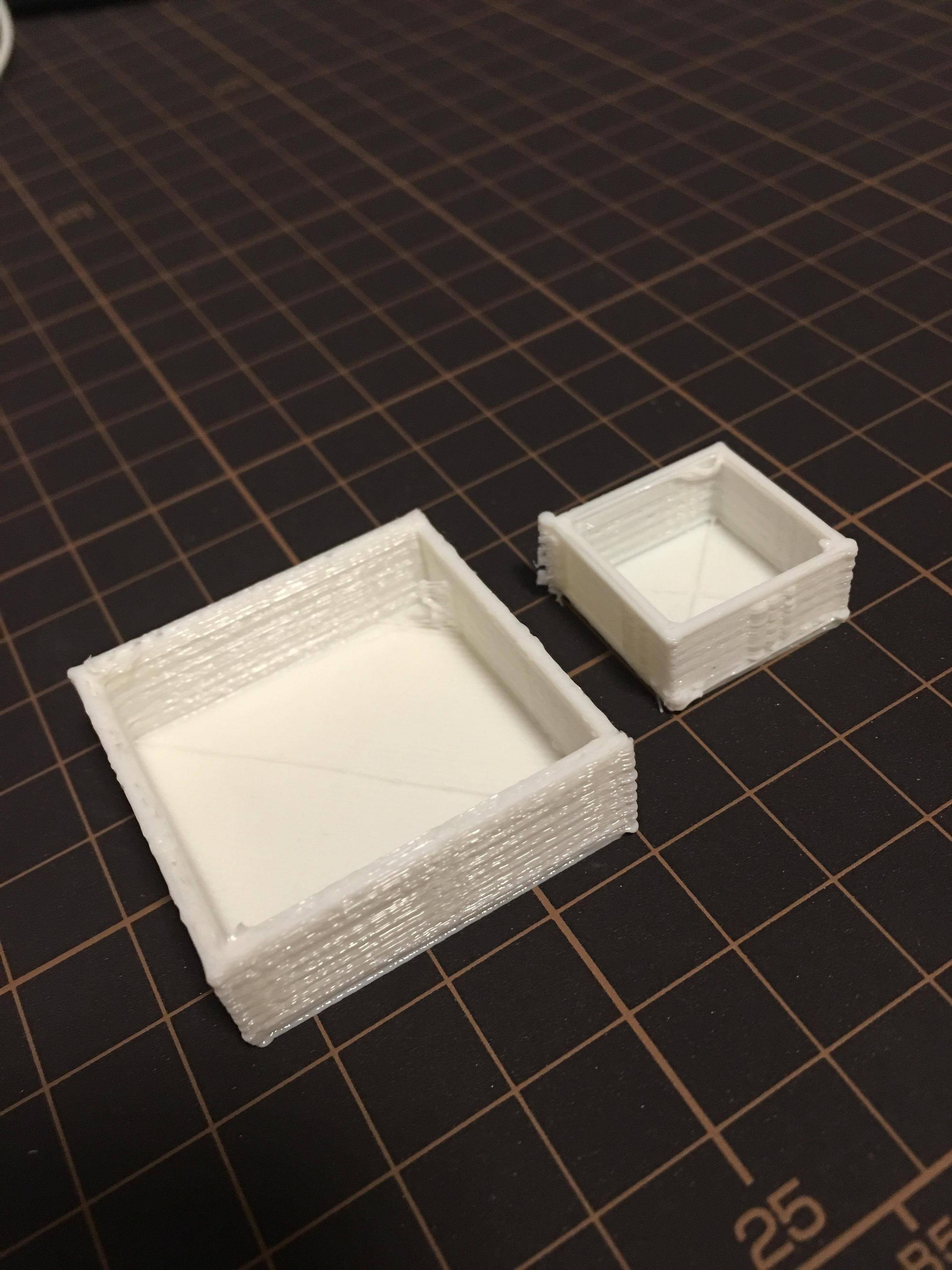 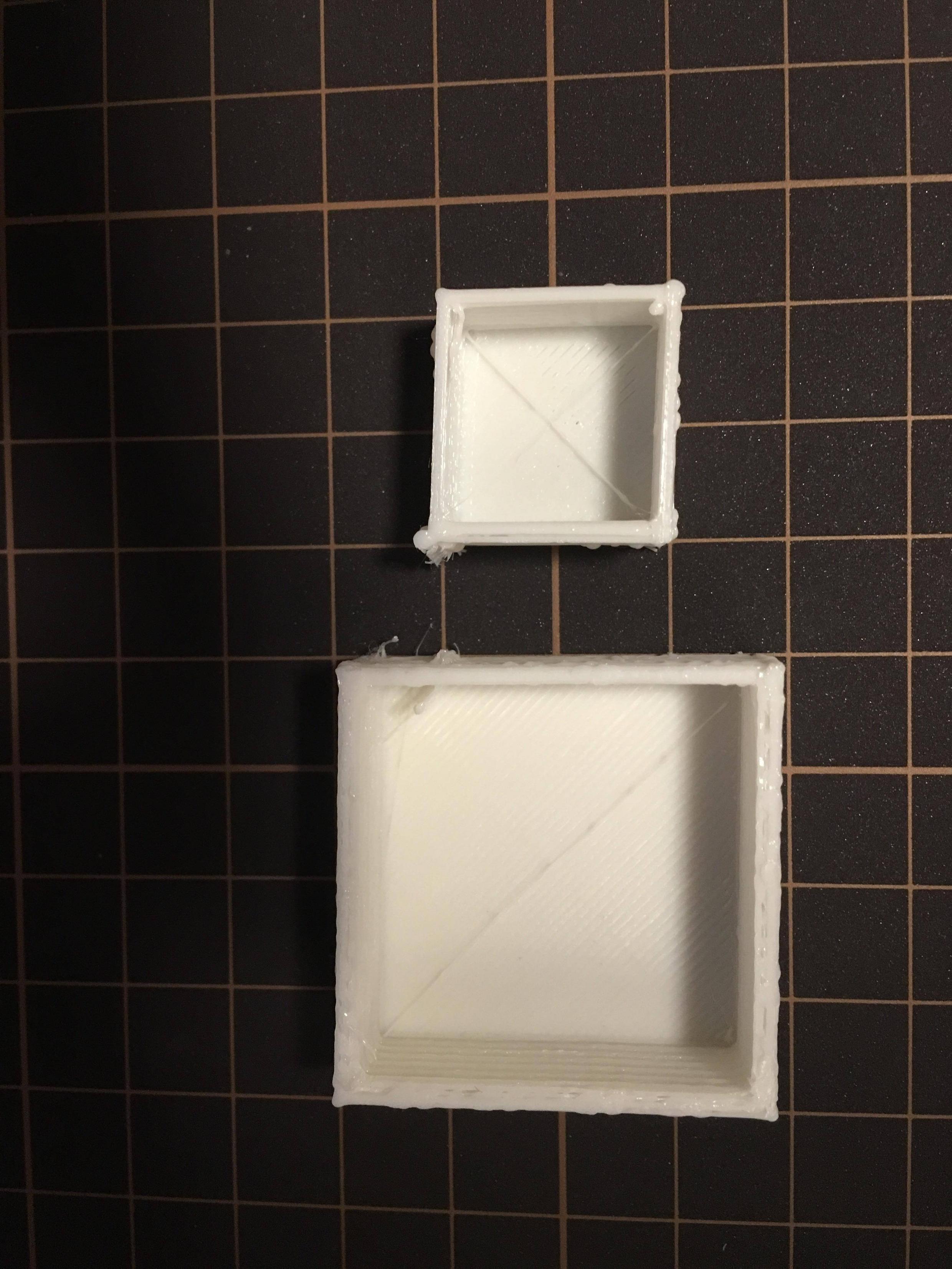 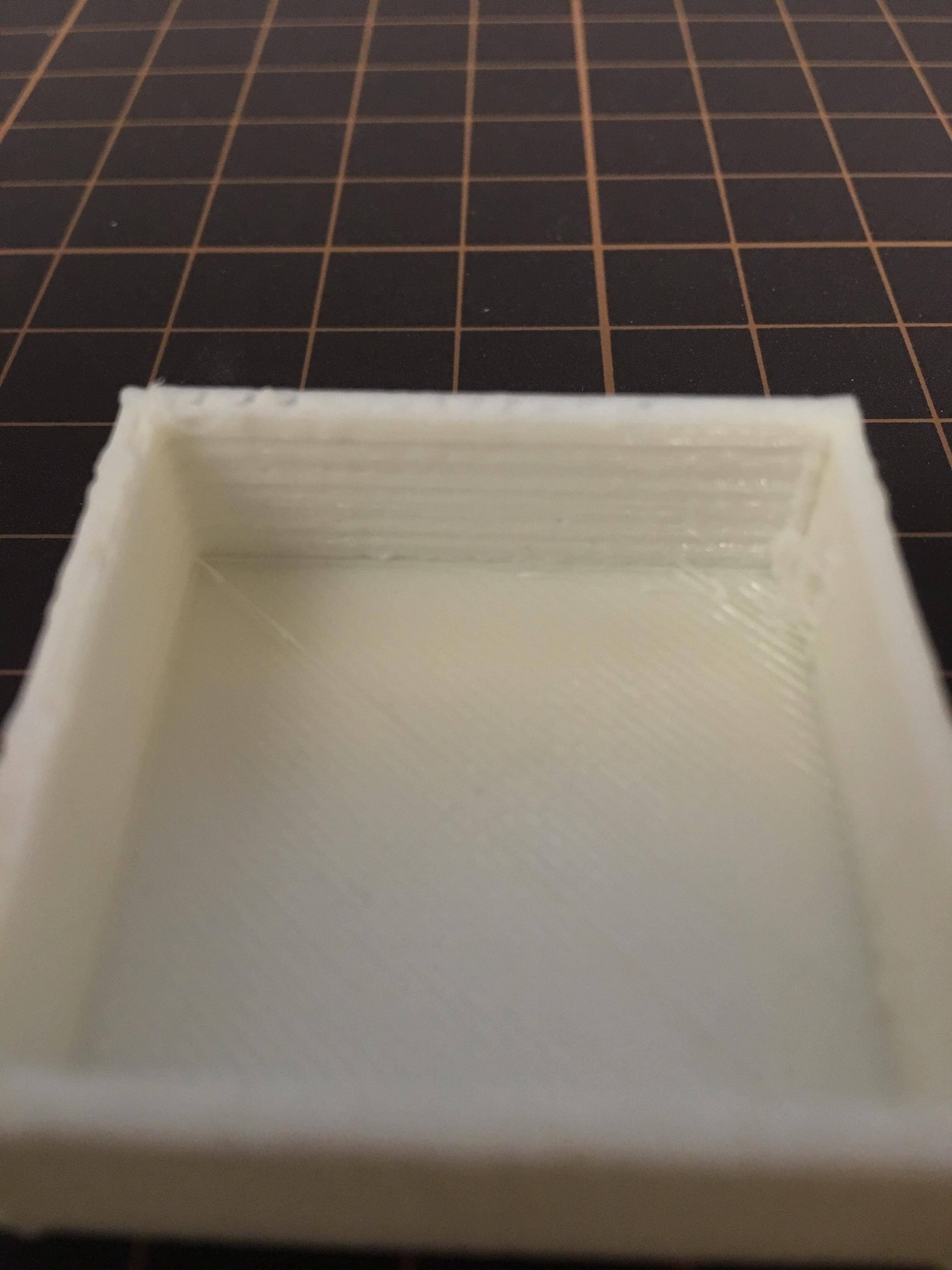 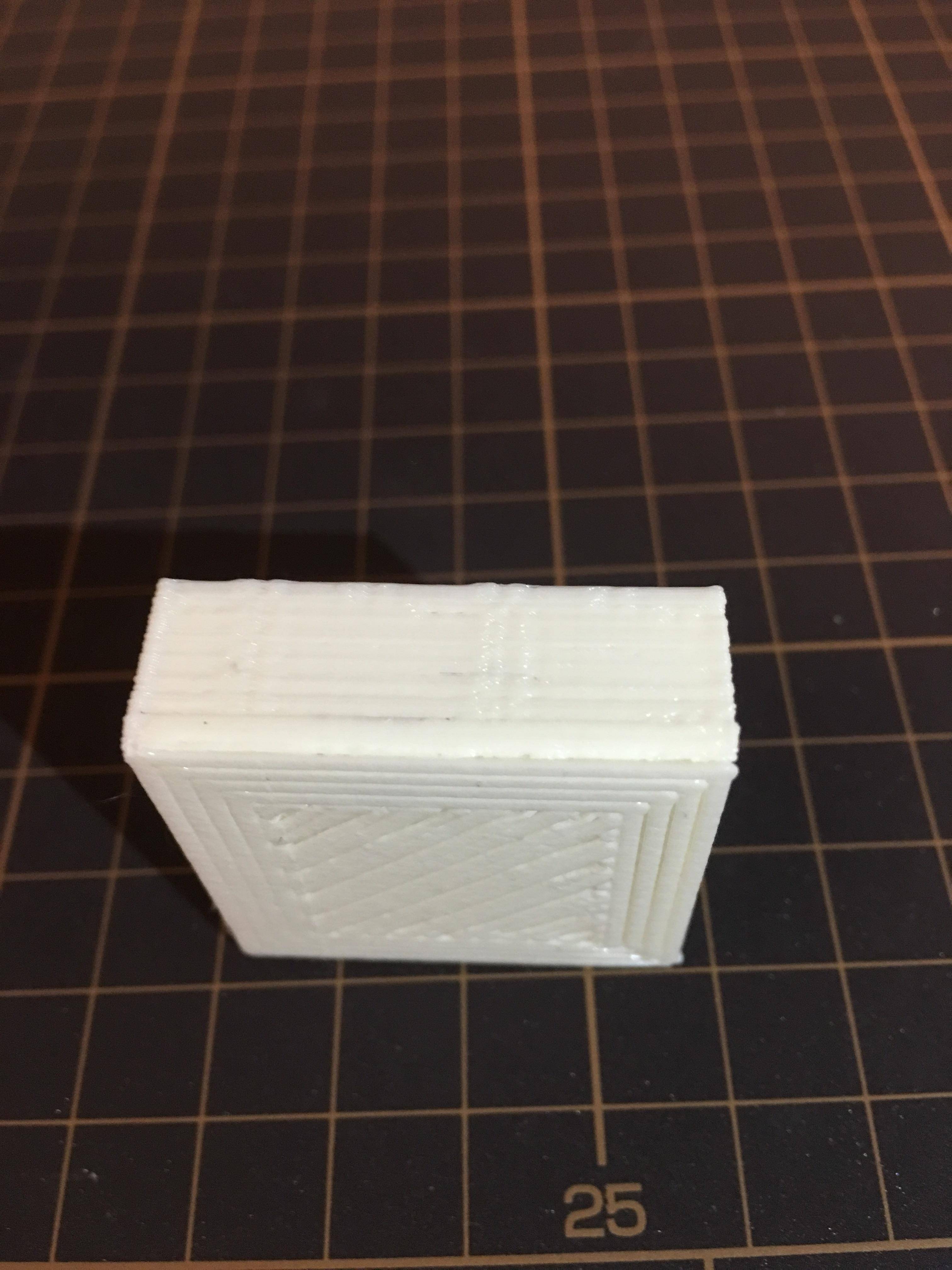 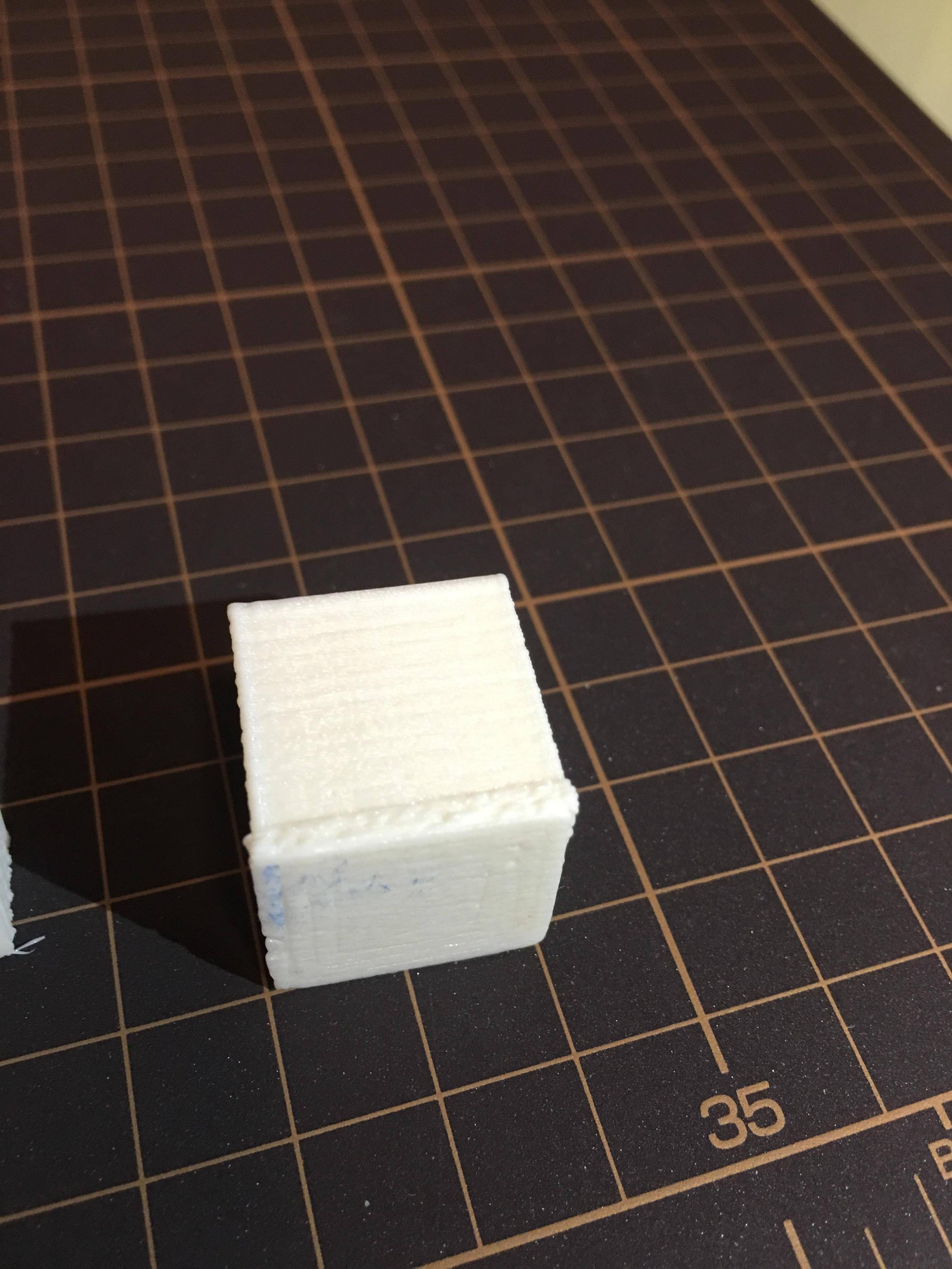 Here's the calibration cube. After I've changed the filament flow to 98%, it seems that the situation became better. But, it might also be the problem of the slicer as the two object isn't the same. 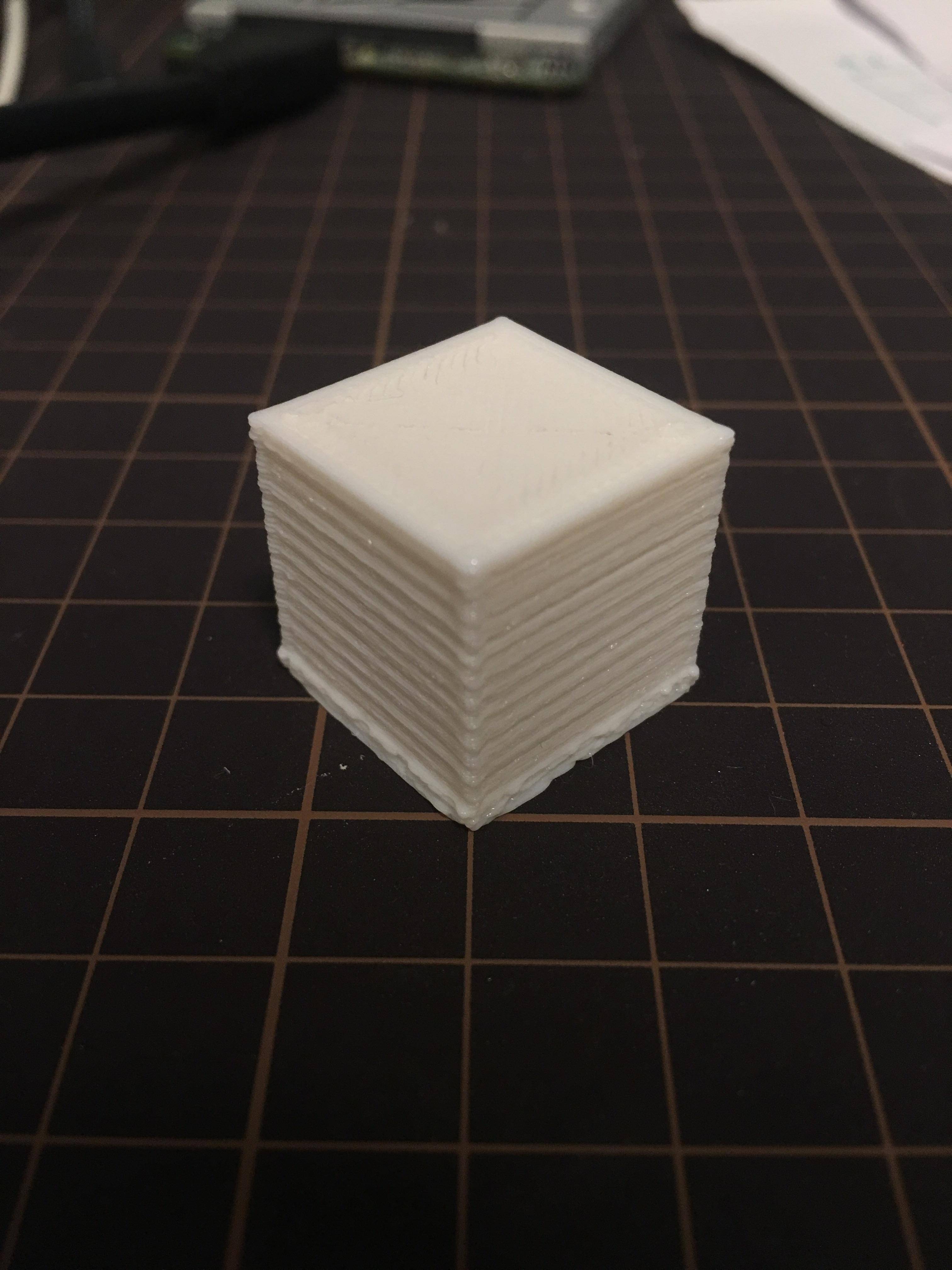 Here are the settings 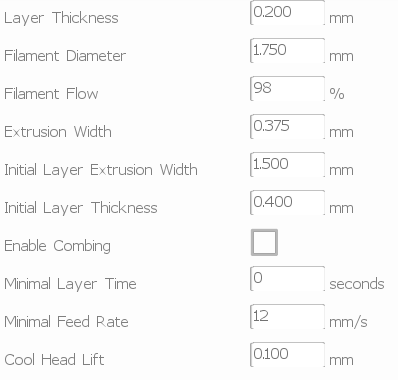 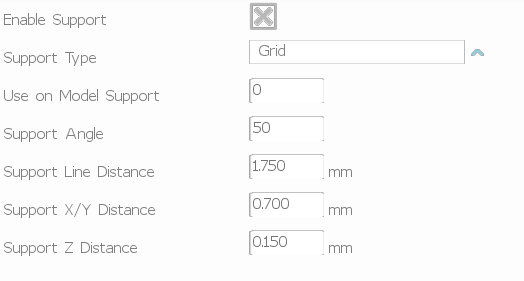 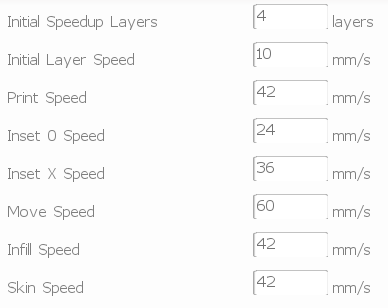 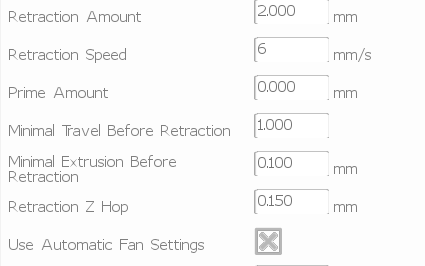 It appears that there are several issues with the prints.

To determine to improve the print quality you first should look at the bed leveling issue, second calibrate the extruder (see if you ask it to spit out 100 mm of filament it actually is 100 mm rather than randomly lowering the extrusion flow parameter) before you print some calibration cubes at reduced temperature and or increased part cooling flow.

Not the answer you're looking for? Browse other questions tagged print-quality 3d-models fdm m3d .