I am experiencing strange grooves in my ABS prints; with PLA everything is fine. Some layers seem to randomly overextruded and others underextruded.

It shouldn't be a problem with the Z-axis or the temperature control. It also only appears on large objects. 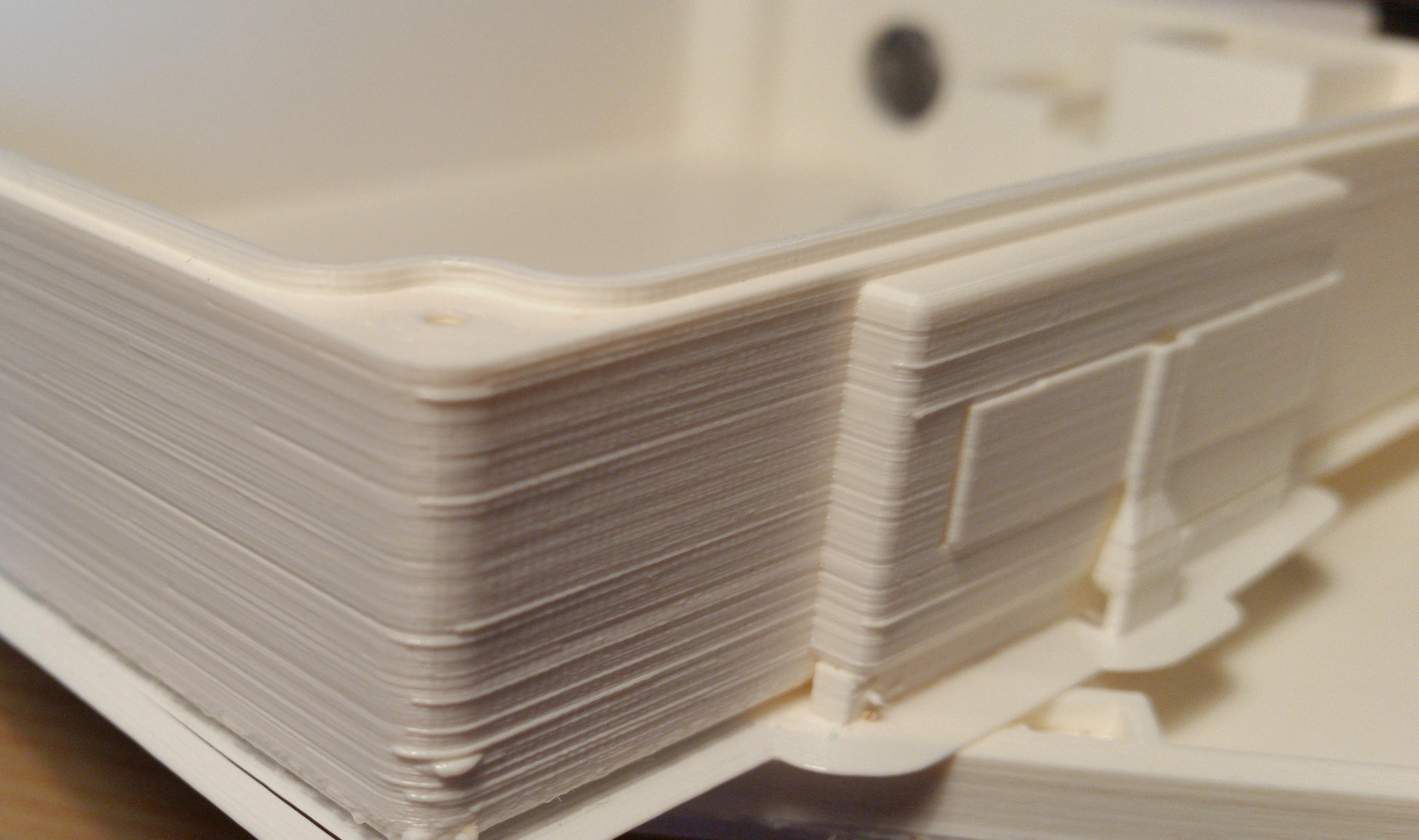 Retraction distance, print speed (I don't know about Combing mode or Comb Distance but I doubt that's the problem) have IMO nothing to do with this.

Neither would hotend temperature.

It shouldn't be a problem with the Z-axis or the temperature control. It also only appears on large objects.

You have a very fine X/Y layer so albeit your affirmation, I must raise the idea that it might actually be exactly the temperature control of the heat bed (if you have one) and it definitely seems to be the z axis. How would this problem appear otherwise?

You say it affects only large objects, and also that it doesn't affect PLA, does it affect large PLA objects? Photos would be helpful :-) !

My hypothesis is that you have a heat-bed and that the heatbed is changing the z-height.

It does so when it changes temperature (because material contracts/expands according to temperature), and heatbeds change temperature all the time.

Usually you have the same temperature control method all the time, so small or big objects doesn't change the method, but what they change is the time they stay on the same level; small objects less, big objects much so the z-bulging will be seen if you spend 2 minutes on one layer, while it might be mitigated on a layer taking 20 seconds.

What's your heat bed temperature control software / how is it configured?

FYI I use Marlin and I get these problems when I don't (correctly) auto-tune the heat-bed pid or use bang-bang beat-bed heating.

Not the answer you're looking for? Browse other questions tagged print-quality abs extrusion or ask your own question.