What is wrong with this angle?

I'm trying to print a model that looks like this: 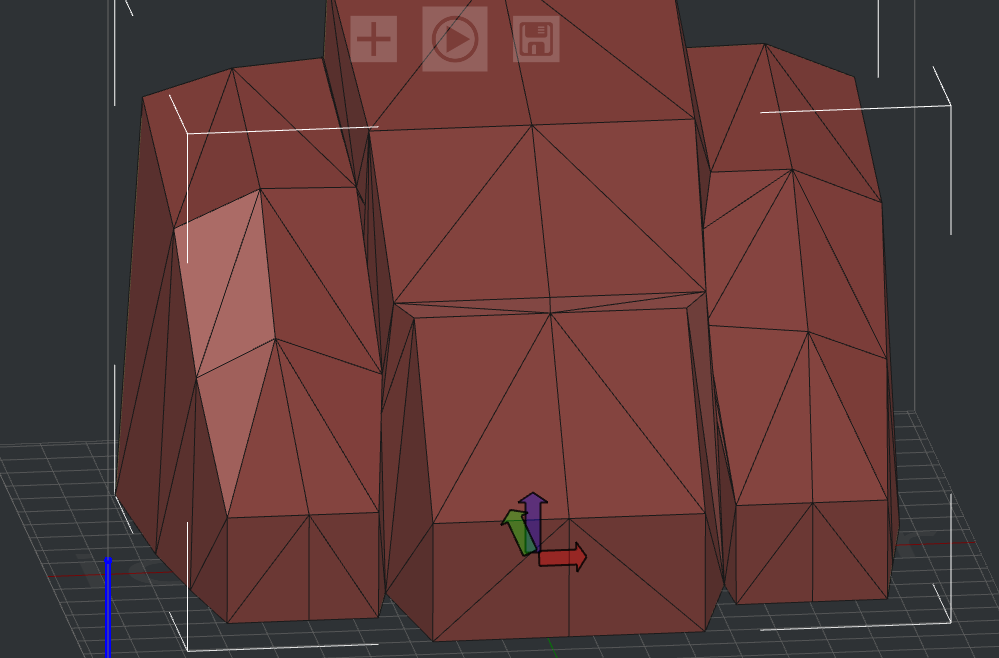 at a size of approximately 10"x7"x7". I've tried 3 times now, with various different infill and shell settings, and had it fail all 3 times in the same way at the same point: right at the point where the central column begins to angle back (which is a bit higher than where the two side columns angle back--those angles print just fine) the whole thing ends up detached somehow and I end up with messes like this: 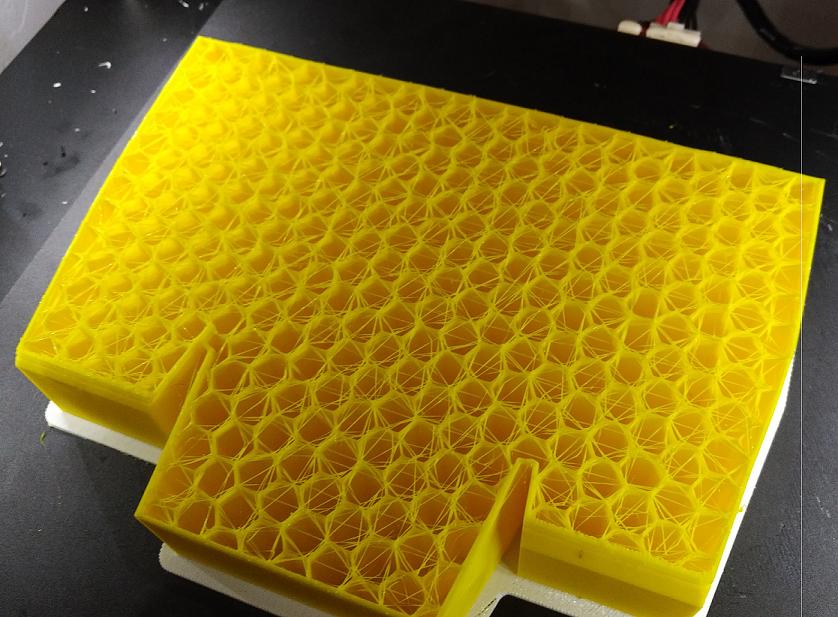 How can I figure out what's going wrong with this print? I've already wasted a non-trivial amount of time and filament on this, and it's starting to drive me up the wall. Somehow, I've got the wrong settings to make this geometry print, but I can't seem to find any settings that actually work.

The extruder isn't clogging. It's continuing to print; it's just that at the point where the central column angles back, the whole thing separates and I end up with a distinct layer that prints straight up and down rather than angling inward.

This problem seems to be specific to this model; I've been able to print other large things before without problems.

Never heard of MeshMixer, but the reviews on the download page make it appear to be a very buggy and wouldn't work at all, at least in the current version, and it requires a registration to download even though it's nominally free, so I think I'll pass on this one.

Models with shallow roof angles of less than 45 degrees are challenging to print and often result in "air prints" where unsupported filament cascades into a sorry tangle of sadness. Shallow roofs are challenging because each horizontal filament overlaps very little with the preceding adjacent filament. This is where infill proves critical, since the infill supports these filament bridges as they cross each infill line segment.

Slicing software has only recently introduced the hex fill pattern because the code to print a hex infill is VERY complicated. You can see this in the picture as all those fine lines of retracted filament scattered throughout the hex infill. Earlier, simpler fills such as diagonal lines provide simpler longer paths for the slicer to implement. Bridging works best at speed over many supporting points. Excessive retraction causes the extruder to "stutter", and makes bridging difficult.

It may therefore help to choose a simpler fill pattern for printing this model and reserve hex infill for simpler models requiring utmost strength.

Not the answer you're looking for? Browse other questions tagged software or ask your own question.

12
Printing Plastic Replacement Parts
4
Cura with Pronterface UI stops printing
4
What setting do I need to change to get rid of this gap between the shells and the inside?
1
Thoughts on designing and printing 3D miniature house
2
Laser engraving software for Boxzy 3D printer
8
How to print a two color part with only one extruder
1
Problem With large prints on Lulzbot Taz6
3
(Cura setting) How can I fix this? No top layer
3
Is there any better way to make this transparent dome?
1
CubePro Alternative Slicer