I'm thinking of buying an Arduino WEMOS1 as I am tired with SD card fiddling. 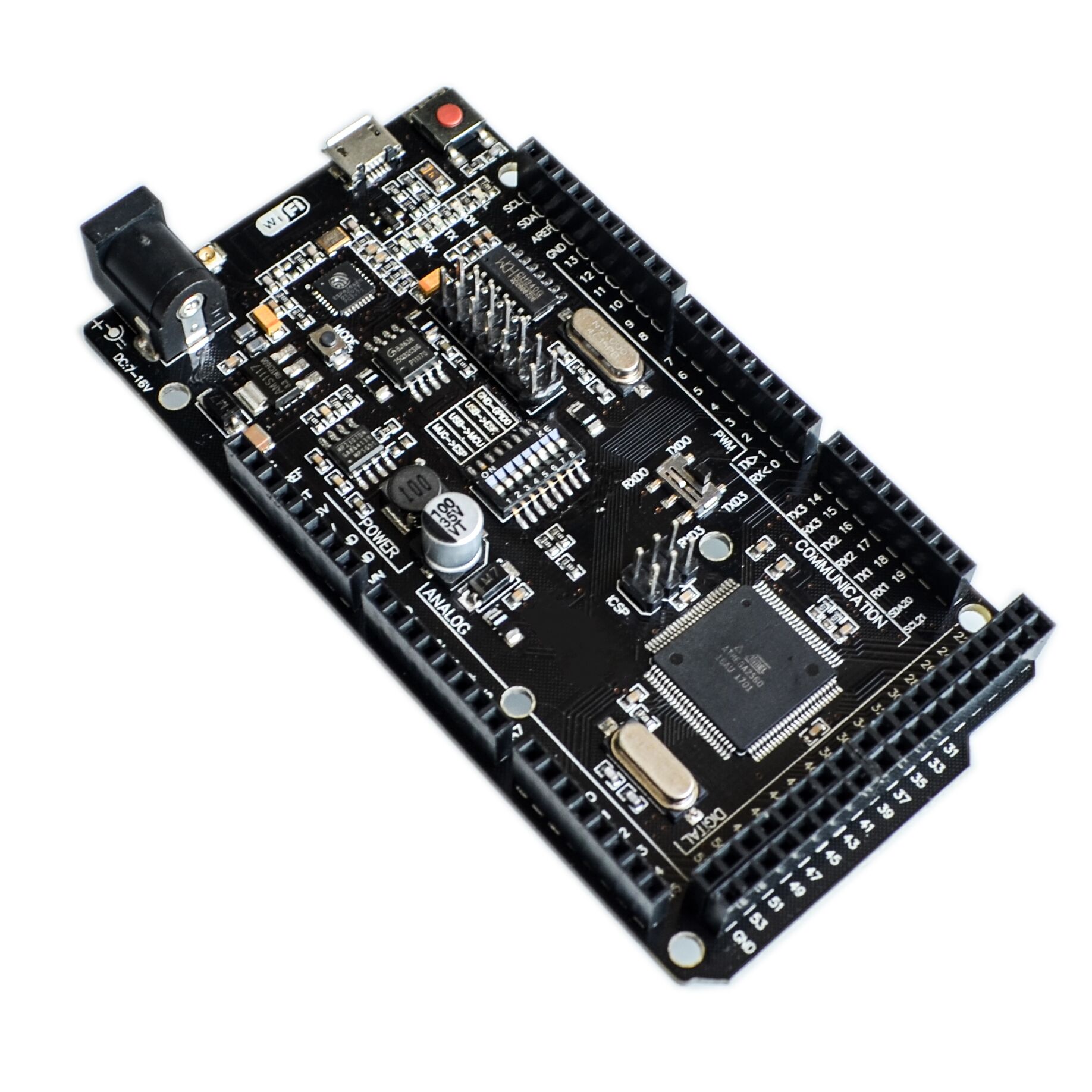 I was trying OctoPi but, having electronic noise issues, the transmission was not stable.

Has anyone tried WEMOS with RAMPS? Is the serial communication stable between ESP and Arduino?

After having looked into them, these boards certainly seem to be rather interesting.

There appear to be two varieties of this board, as I have seen photos with either RobotDyn: 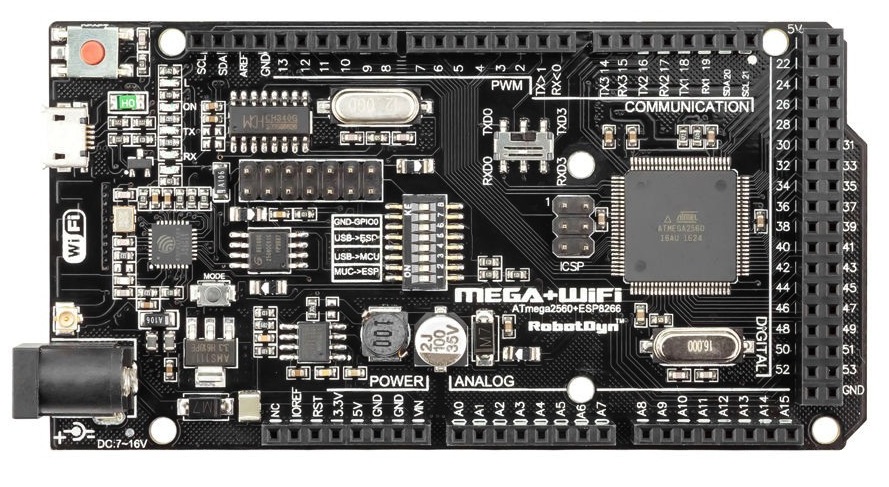 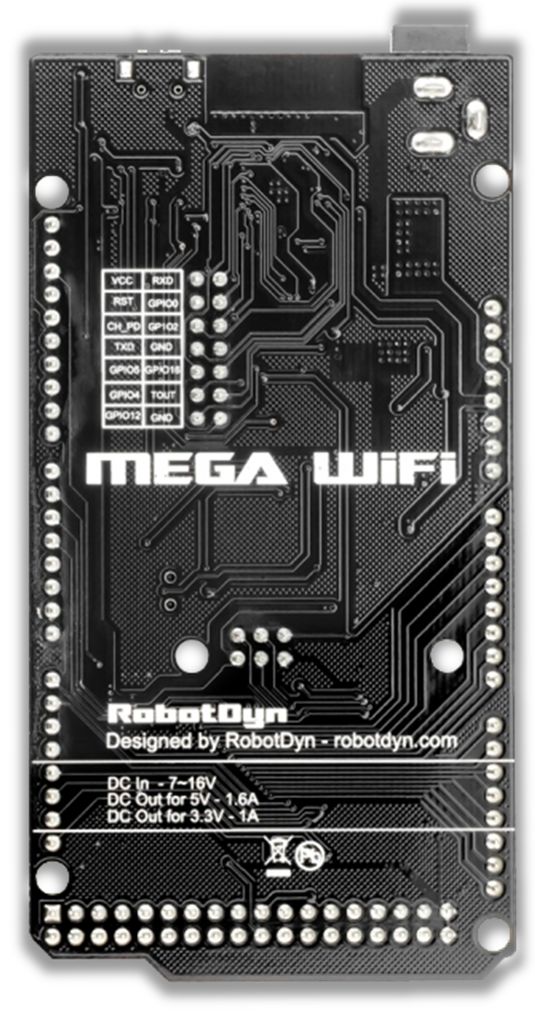 or WeMos logos on them. 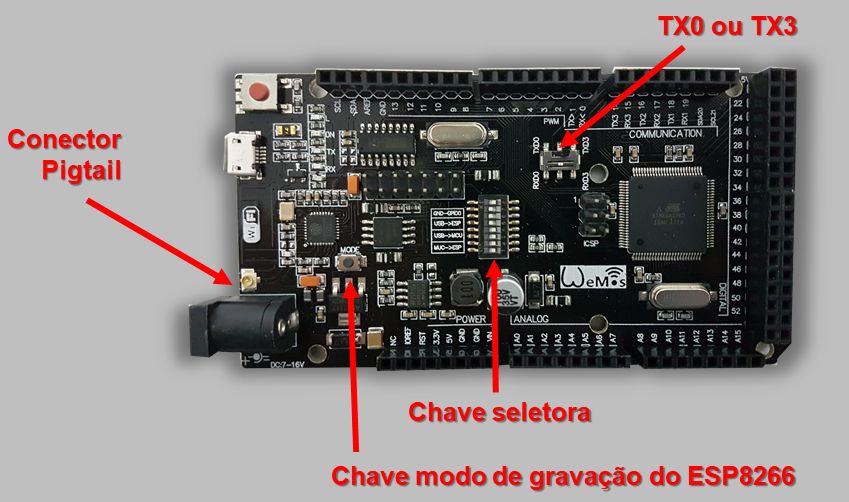 They may, or may not, be the same. There is also this one, with just a generic "WiFi" logo (from the eBay page below): 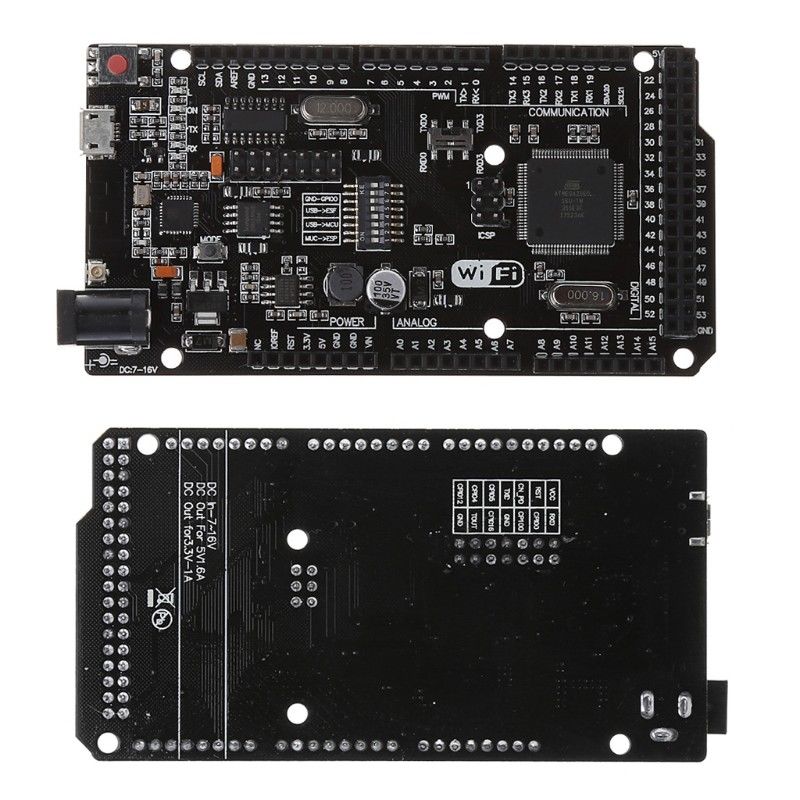 However, there is certainly some discrepancy relating to the specification and amount of memory (unless there are a number of variants - which would certainly be possible):

In today's text, we discuss an Arduino that I consider extremely special, as it has an ESP8266 embedded in its board. It doesn’t have the ESP12 soldered onto the board. Instead, it has the Espressif chip. So, on the board you have the built-in Tensilica chip with 4MB of memory, along with the ATmega2560, which is the traditional Arduino Mega.

Well, looking at this RobotDyn memory table (taken from the Instructables page):

The 4 MB of the ESP appears to have been immediately contradicted and upgraded to 8 MB! The ATmega2560 somehow has 32 Mb (which seems a bit of a lie - as there isn't an ATmega2560 known to man that has that much memory2), and is confused further by the corresponding text:

As we see in the table above, the ATmega has 32MB of memory, not counting the ESP memory. This is wonderful, since the traditional Mega Arduino has only 256kb of memory.

So MB or Mb? Is there an additional flash IC external to the ATmega2560? Looking at the schematic, taken from the Russian RobotDyn page, there doesn't appear to be: 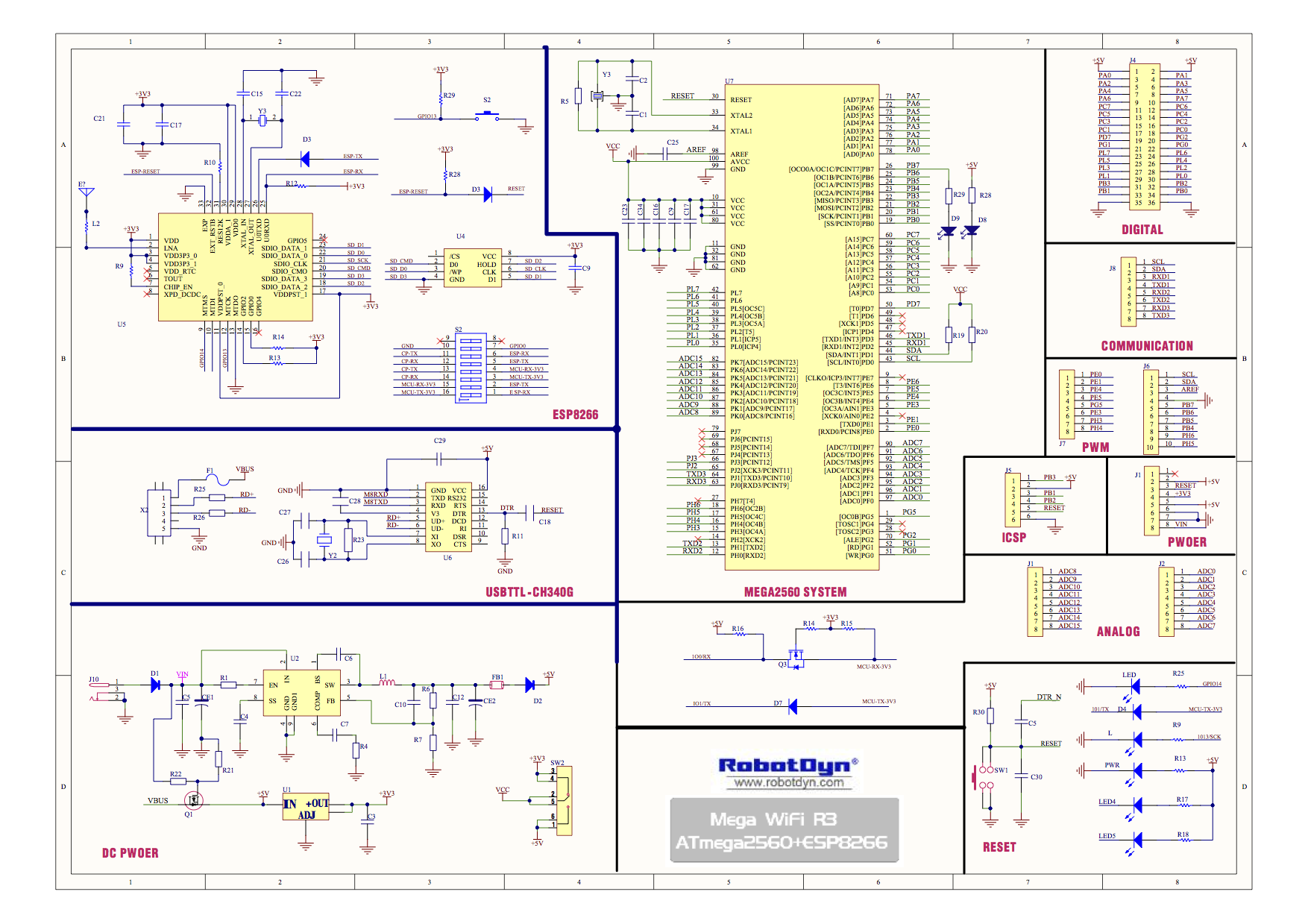 So this could be nonsense. Logic would dictate that the ATmega has 256 kB and the ESP has 4 MB... But I could be wrong..?

Regardless of the actual spec, to address your question of ESP/Arduino communication reliability:

As the ESP8266 and the ATmega2560 are on the same board one would assume that the (serial) communication between the two would be faultless. However, some issues have been reported3.

Nevertheless, from your question, it seems that you were having issues with the ESP to the OctoPi communication, rather than ESP to Arduino, so maybe this doesn't actually answer your question.

Also, as to their compatibility with RAMPS, there is very little information available currently, and it would seem to be a case of try-it-and-see. The closest I got was this post on the thread, OnStep and RAMPS1.4, but it seems to be spam.

However, it certainly sounds worth a gamble as it would be a nice combination of technologies. However, I would imagine that some modification of the firmware would be necessary.

To upload the sketch to the board:

To run the sketch:

3 From Mega + WiFi R3 ATmega2560 + ESP8266 (8 Mb mémoire), there do appear to be some issues communicating between the ATmega and the ESP ICs, with a number of users reporting problems.

However, a couple of solutions are provided:

For example, I made a code for ESP to connect in an Access Point and put on a TCP server. When a wireless client is connected in ESP and consequently in the TCP Server, all data send by client I redirect to the serial port. As serial port of ESP is connected with serial 3 of the Atmega, the code in Atmega pass to theat the data from serial 3.

Follow this if you have the same to my cases:

Not the answer you're looking for? Browse other questions tagged diy-3d-printer ramps-1.4 or ask your own question.

6
Arduino Mega voltage regulator overheats with RAMPS board
4
Has anyone used a Shield Buddy (en lieu of a Arduino Mega2560) as the RAMPS 1.4 host board?
7
RAMPS 1.4, 1.5 or 1.6?
6
Linking an Arduino Mega with RAMPS and an Arduino Uno with CNC Shield to control more stepper motors using Marlin firmware
3
Reprap RAMPs over heating issues
5
How to test Arduino Mega, RAMPS 1.4 and Full Graphic Smart Controller LCD?
2
Marlin on Arduino Mega 2650 and RAMPS 1.4