Interesting project for a child [closed]

Want to improve this question? Update the question so it can be answered with facts and citations by editing this post.

A member of our hackspace wants to get their 8- and 11- year old kids1 excited about 3D-printing and CNC cutting and makering in general. We have a weekly open training where people can design and print/CNC/laser an item of their choice like a dogboned box or a two-piece sword and hilt, or a name tag, or whatever. I need a few ideas prepared so we don't spend half our lesson on Thingiverse or in Fusion (more like a quarter)! I'm not a parent and my youngest friend is probably in their twenties.

Ideas we've had: a minecraft creeper, done as a simple-ish box.

1: the (girls) are not interested in my normal kids' goto, which is: swords, shields. They are interested in: minecraft, dragons, horses. _o_/

edit: this is NOT an opinion-gathering post, though there may be more than one "correct" answer. We need specific applications of 3d printing for a young audience. This collection of answers will be useful to evangelize making to a whole new generation!

This question is unfortunately, not a good fit for this site, as it stands, for as you say it is opinion based. However, it is great to see that you are getting kids into a relatively new technology (yes, I know it has been around for years, but it is still seen as new to big media and the general public).

My answer doesn't provide you with any actual designs, as you asked for. However, just to add an idea or two that I have been thinking about recently, in order to engage kids:

As for examples, there are 42 kids toys tagged on Thingiverse, such as: 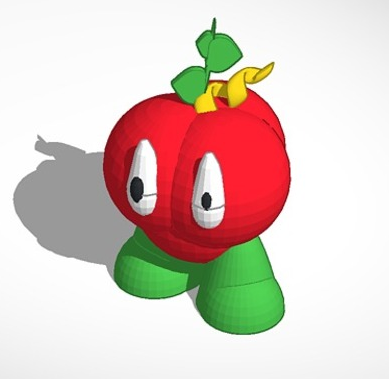 Also to take from IronEagle's idea, some fidget spinners:

As @fred_dot_u mentioned above, keychains are a simple, personalized item to make. In terms of interesting projects, things that I found intriguing when I first encountered 3D printing were objects that could not be made by other means, such as those "geared bearings" (Google: geared bearings 3d print). Given the popularity of figet spinners a while back, they could be an interesting item.

A captive ball in a box, or three joined rings, can also be set up as a 3D print, and could have the same effect, while being easier for the kids to design.

EDIT: Some links to versions of items along the above lines. Thingiverse tends to slowly break links, though, so these might not last:

Our local library makerspace holds summer camp for a limited number of lucky attendees, ages from 12-15 and the curriculum has a segment which appears to match your objective.

In the case of the Launch Pad Camp, the campers will be using OnShape to create a keychain/nametag with text of their choosing. It will be an unremarkable 3mm thick x 35-40 mm wide x 70-80 mm long "plank" with a depressed center (by 1.5mm) and raised text. The mentors of the camp expect to be able to teach these campers how to use the software to perform tasks by rote. I assisted the mentor in the process as she had no idea how to use OnShape. Neither did I, but that never slows me down.

and does include using a Scratch based program called Ozoblocky to interface with Ozobots.

I suggested to her that she could use BlockSCAD to create the 3D objects, as the interface is nearly identical, and in my opinion, very easy to use.

Not surprisingly, BlockSCAD has a series of tutorials available on the YouTube.

The editor for BlockSCAD is browser based removing the requirement to install on every computer. 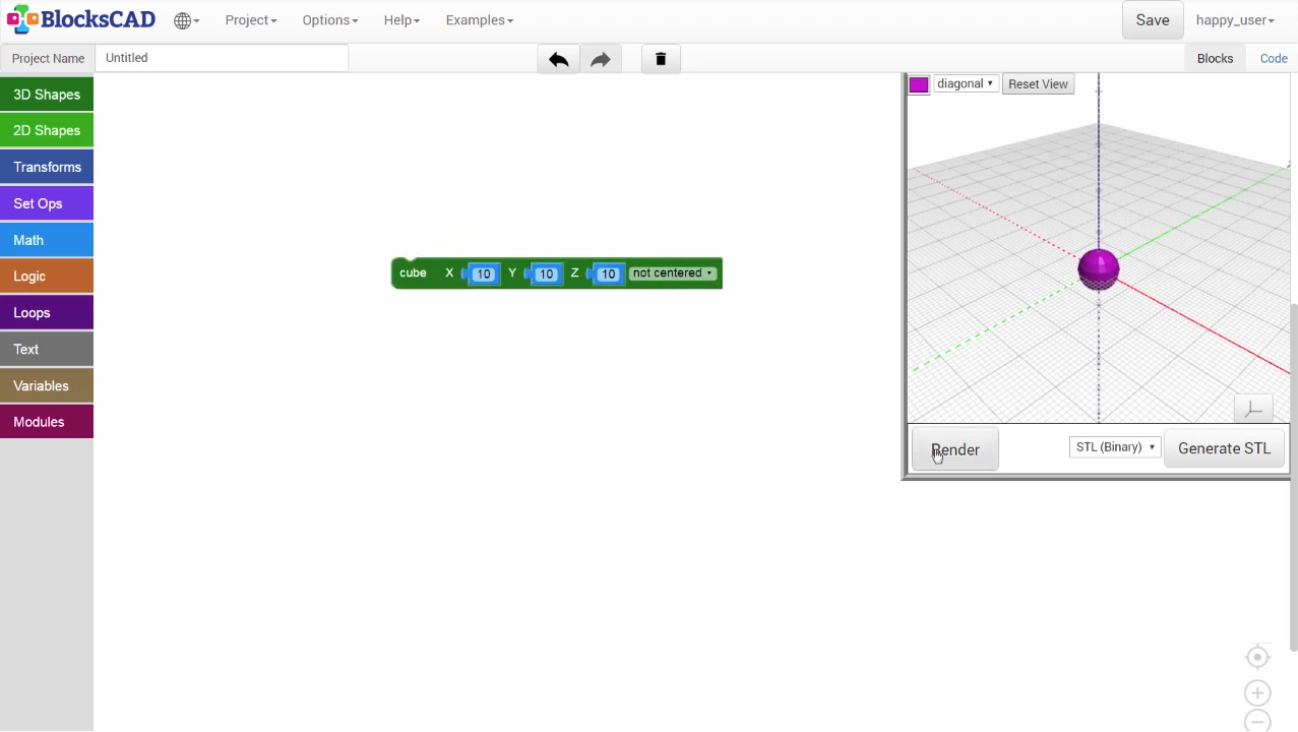