Stepper motors are not working when connected with RAMPS 1.4

ISSUE: Stepper motors are not working when connected with RAMPS 1.4.

PRACTICES: I use Arduino Mega 2560 and installed Marlin firmware in it. And I bought a RAMPS 1.4 in a local electronic dealer. I placed the RAMPS over Arduino Mega 2560. For testing I just connected 2 NEMA 17 stepper motors with RAMPS. When USB port connection is given from laptop to Arduino board, a LED light is ON in Arduino board (L) and in RAMPS (LED 1). I use SMPS 12 V 20 A as a PSU for RAMPS. But in RAMPS the LED 2, 3, 4 are not switched ON. I checked the input voltage to the RAMPS using micrometer and it shows 11.75 V. But there is no output from the RAMPS.

Also I installed and tried Repetier firmware and Grbl but it doesn't work. And I use Windows 10 pro 64 bit OS.

When I flashed Arduino with Grbl, in this case all of the LEDs on the Arduino and RAMPS 1.4 are switched ON. I use Candle GRBL software to test the stepper motors.

And I replaced and tested with another RAMPS which is bought from Amazon but the problem remains unchanged.

Kindly give some suggestions at the earliest.

I have attached the images of my circuit connection: 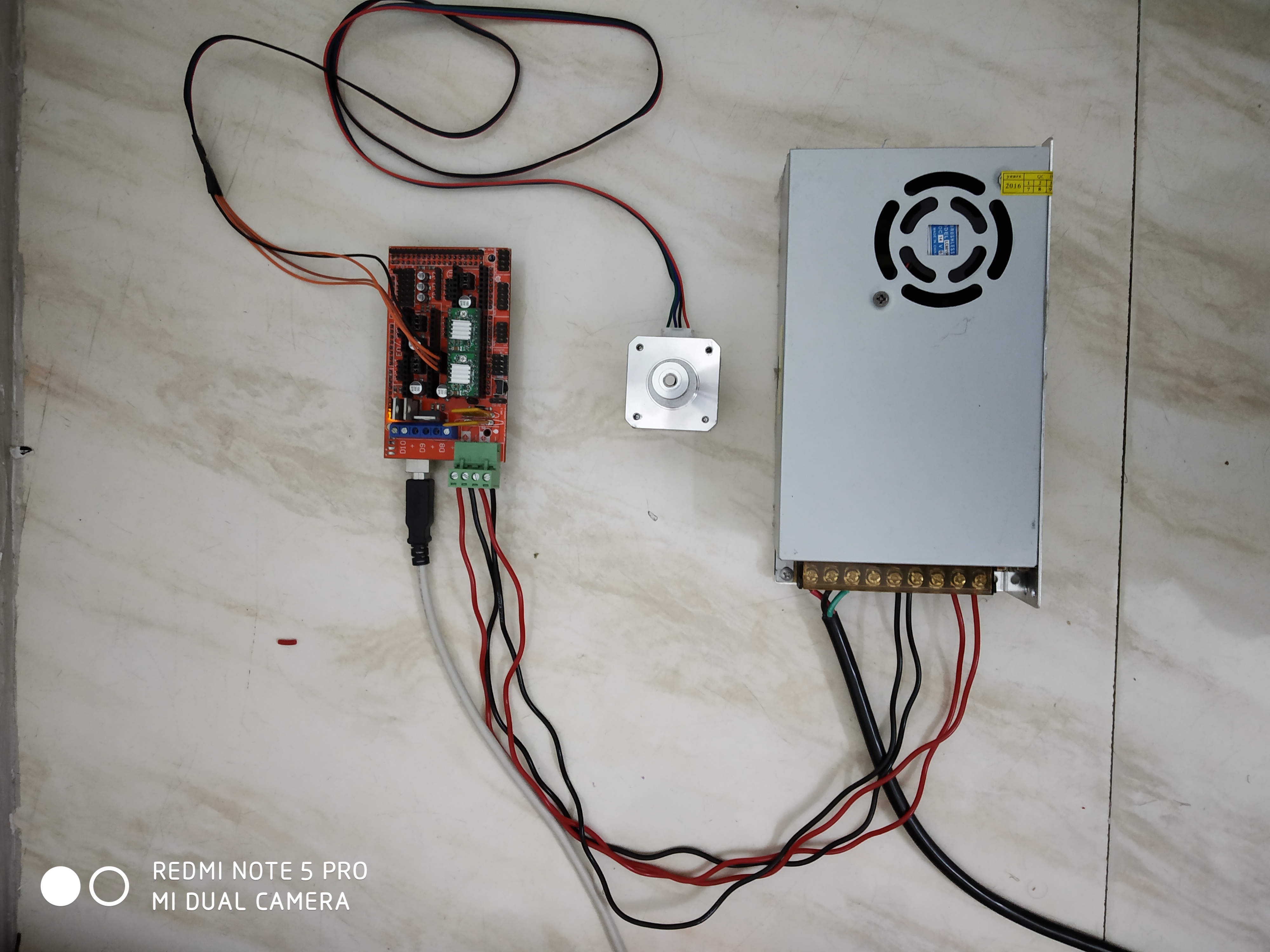 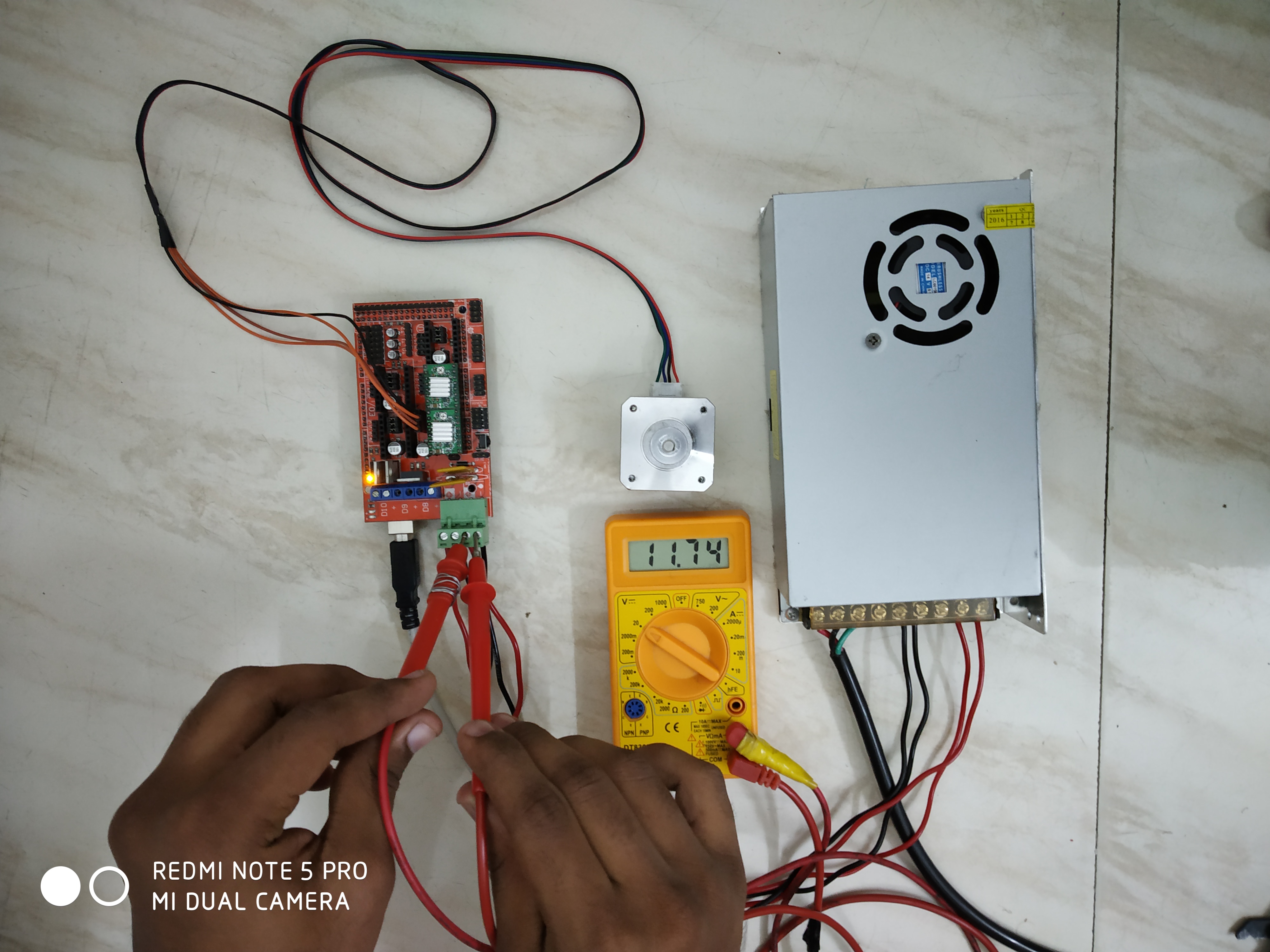 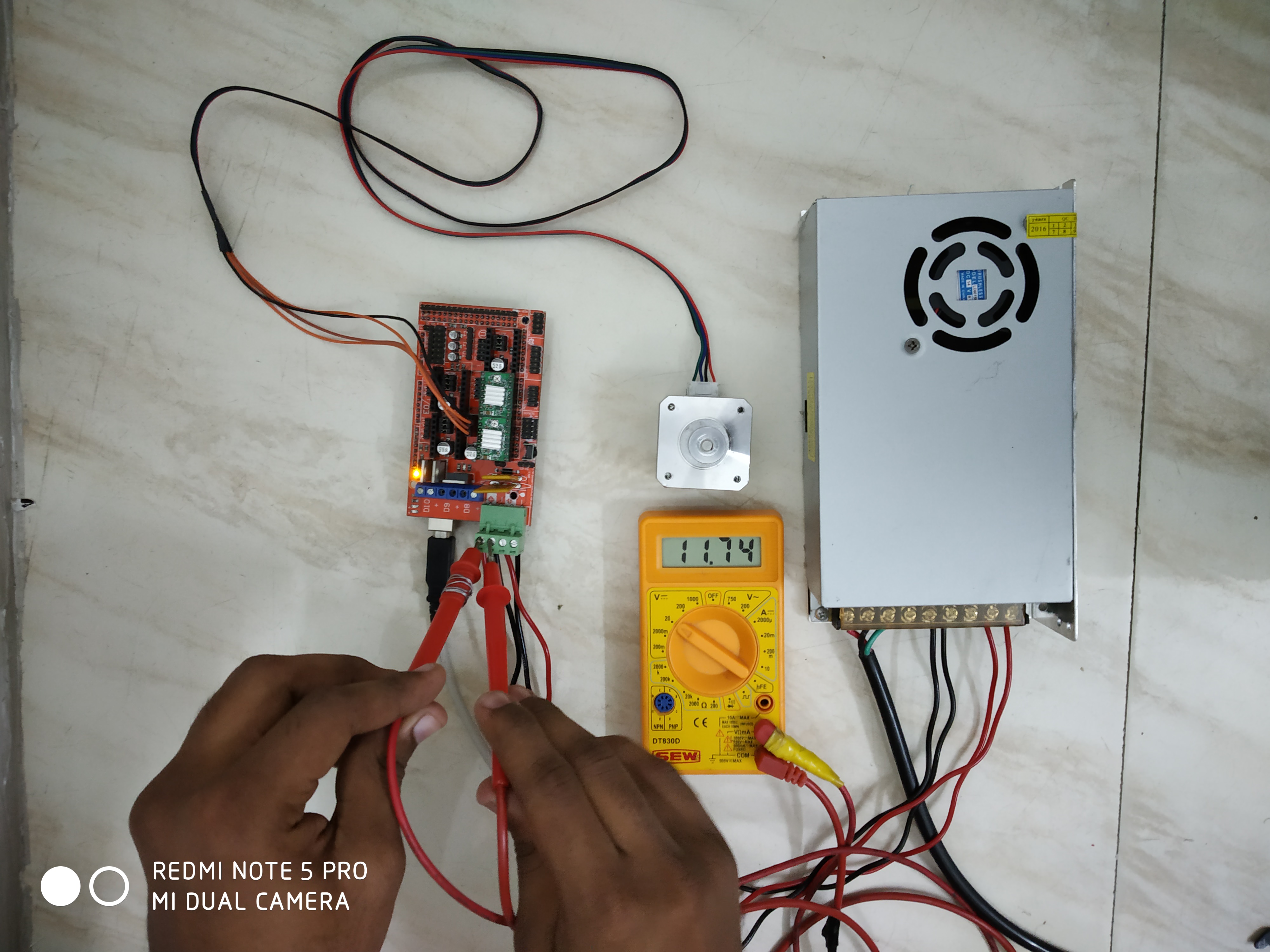 Board selection in Marlin:

In response to Professor's questions:

to help you to solve this problem - please see my checklist

the led's are set on my ramps as they are mostly giving a stutus for heater fan and bed, so grbl software could use those pins differently

6
Should I comment out the code for what I am not testing when loading the test firmware for Ramps 1.4?
3
RAMPS 1.4 Stepper's not getting a good signal
1
Is 12V and 15A enough to make work a Ramps 1.6 Plus and two stepper motors?
1
New RAMPS 1.6 not working
4
Marlin is restarting when pins 5 Vcc are enabled and has a servo motor connected (RAMPS 1.4)
2
Can I use a Arduino Mega Clone with a RAMPS 1.4 shield?