After noticing that my ender 3 couldn't print a 'perfect' circle I decided to use a calibration cube to see if that could be the issue. These were my results:

I did have some successful prints before noticing these problems but it would be great if anyone could help/find a solution.

I think it may be because of the belts tension as I had accidentally over stretched it by putting it over the wheels instead of under: is it worth getting a new belt then?

I use 20% infill, with triangle pattern in cura, using the standard 0.4mm nozzle.

After doing a different testprint and measuring, it revealed that both had an accurate 20mm Y and Z, but only an 18.5mm X. Might I have destroyed my belt when I mounted it overstrained?

After purchasing a new X belt, the calibration cube was much closer at 19 x 20 x 20. But still not at a good enough tolerance for my liking. Additionally, when printing a cylinder, two relatively flat edges were printed with it either side (perpendicular to the x-axis).

Your top layer looks like you need to add additional top layers and there are signs of a slight bit of over-extrusion in that top layer (red). On the other hand, it looks like the top layer is not sliced nicely resulting in gaps and holes (yellow), which might be a fault of the test print. 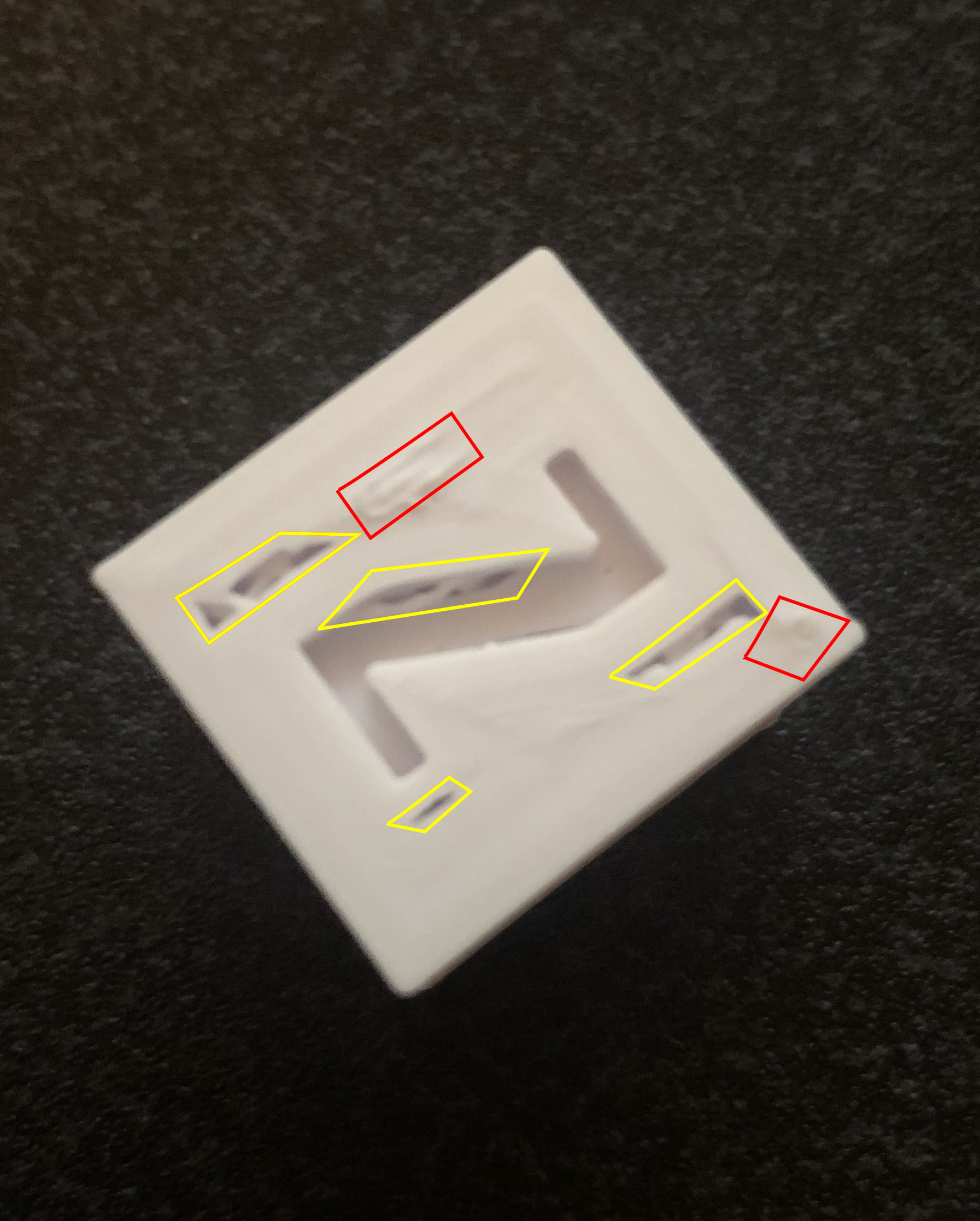 The X on the file you used is not centered, resulting in the off look in the print.

I suggest you try a different calibration print before starting to tinker with the hardware, for example this.

I suggest to use concentric only for the top layers and instead rely on a simple Zig-Zag pattern for the intermediate layers, as this usually generates a better connection to straight walls.

After considering the miss-dimension in X only, you might want to look to calibrate your X steps.

The stretching of the belt might be an issue, but you might get away easy if you just check belt tension and manage to get it right again.

As I have an ender-3 myself, I know you might need to flash fresh firmware to get the ability to change the steps/mm.

The 19x20x20mm cube sounds like the new belt did fix a lot of the dimensioning problem, but the steps/mm might be slightly off - or we have to trace down SOME mechanical error in the movement path. As a 140mm long test print also had a 1mm offset, a steps/mm error should be out.

After examining the machine with jb in chat, the bearing on the X-belt seemed to stick a tiny bit on one side. 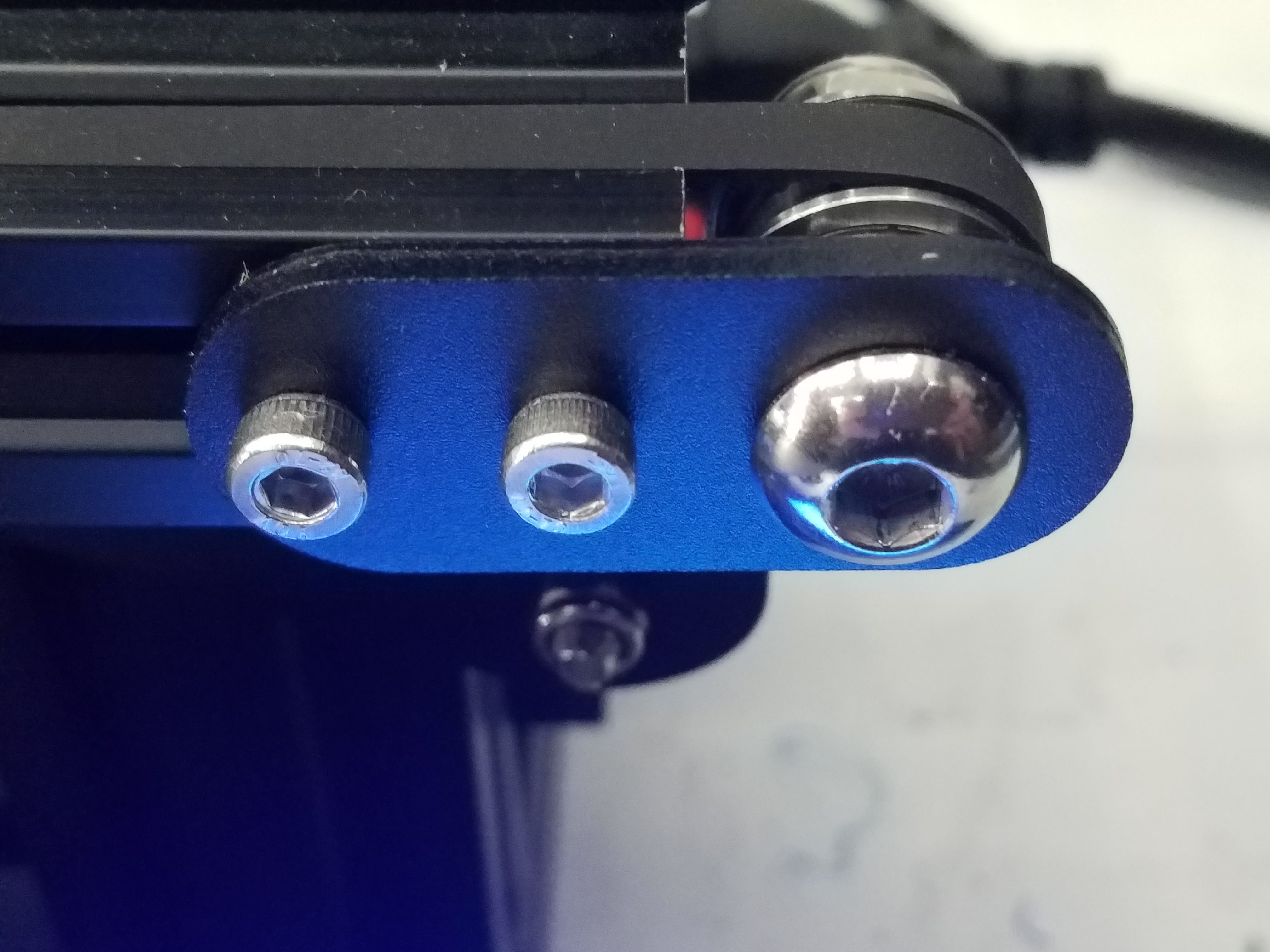 Turning the large bolt of the assembly in an attempt to disassemble it without a wrench to hold the self-securing nut on the far side seemed enough to lessen the pressure on the core of the bearing, allowing it to spin freely. In addition, the belt was a little loose.

First, check that the calibration part you have is actually a cube. Maybe you downloaded a trick 'calibration cube' model. Cura will show he overall dimensions of any model which it is slicing.

Ignore any print quality issues first off. A hollow calibration cube is mainly used to check the X/Y/Z motion and so long as you print at a sensible (slow) speed), the other parameters shouldn't have much effect (so long as the first layer is OK, and you get within 30% of the right extrusion).

If the calibration cube is within +/- 0.5mm on each side, it's probably good. Under/over extrusion, caliper technique, etc, can explain this sort of variation, and you might want to use a bigger test part like this star on my thingiverse account once you think you're close.

The 'steps per mm' setting is determined within the firmware, it is part of how your printer consumes G-code. For a delta printer, for example, there is some fancy maths to combine X/Y/Z into the motor movements. This means that you can't change steps/mm in Cura, you need to either change the firmware defaults and 'reset to factory settings', or modify the parameters in EEPROM by sending G-code.

Seeing too small a calibration part (for a Cartesian printer) can easily be explained by problems in the printer's motion system:

An annoying feature of a lot of these problems is that for any particular repetitive sequence of steps, you might see a very consistent result. Even thought to problem is something being badly adjusted, it gives the impression that the problem is calibration.

The drive wheel is held in place with a grub screw, see this diagram from the Anet-A8 assembly diagram. 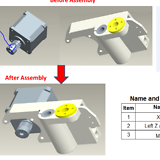 6
Leapfrog Creatr HS stops mid print (extruders not clogged)
4
Ender 3 Distorted Calibration Cube
2
Ender 3 Y-Axis Stretched (I don't believe it's layer shifting)
2
Ender 3 Pro Weak Prints after Cura upgrade
5
Why is my Ender 3 restarting spontaneously in mid print?
3
What's causing my PLA prints to lift like this?
1
First half of the prints are getting stretched on the Z axis
3
Can't 'tune' out my problem, please help!