Infill failure at the far corner of two different prints

On two different prints, the same far corner (front left) had initial infill problems. Does anyone know why, or how I can solve it? My working theory is that the nozzle shoots across the whole print at high speed to start again at that corner and sometimes the infill filament doesn't bite enough to stick.

Eventually one of the infill layers gets a bite and the rest of the print is fine. But it's disturbing that it occurs on different prints. (I carefully level the plate before every print, so I don't think that's the issue.) 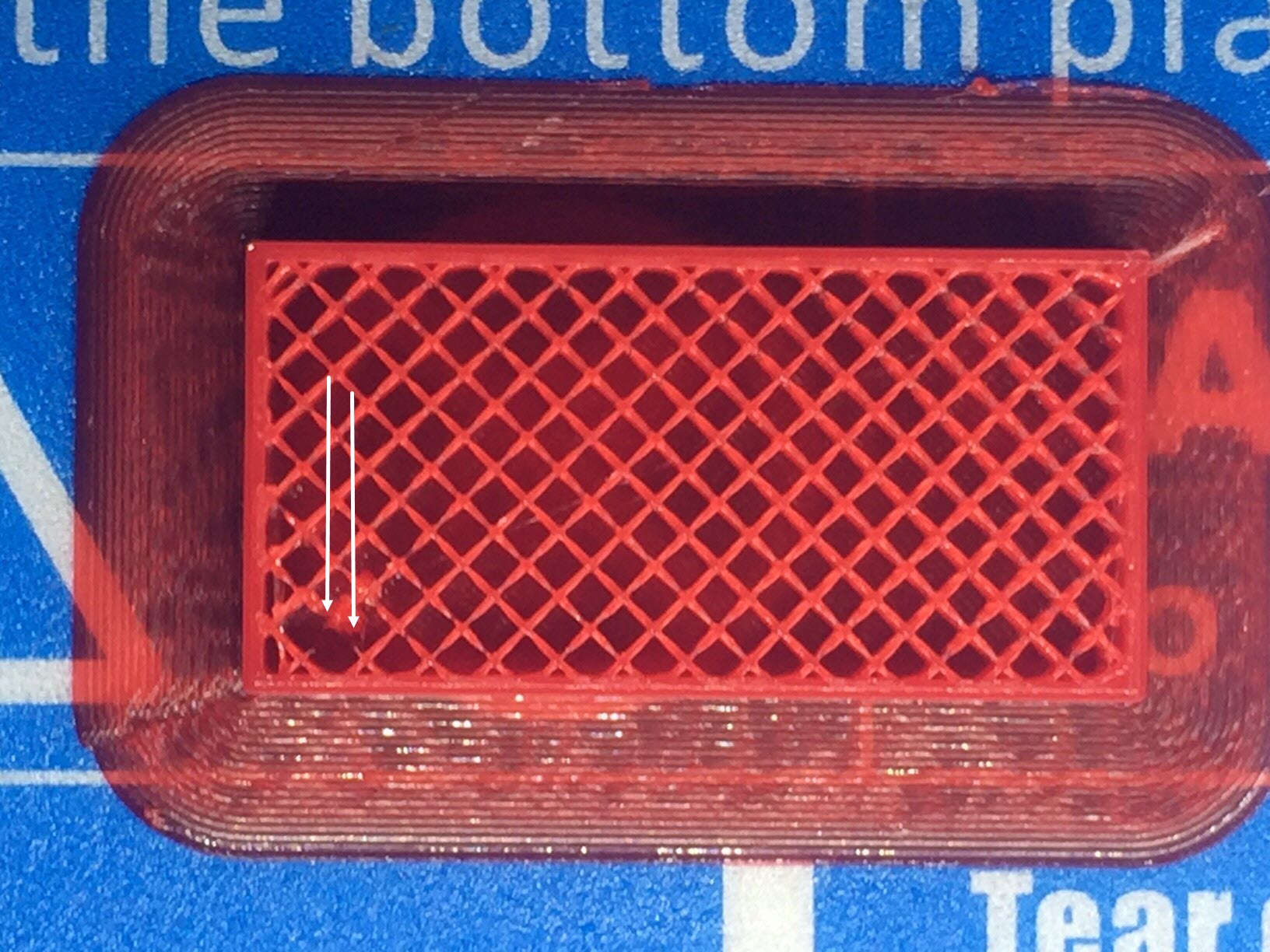 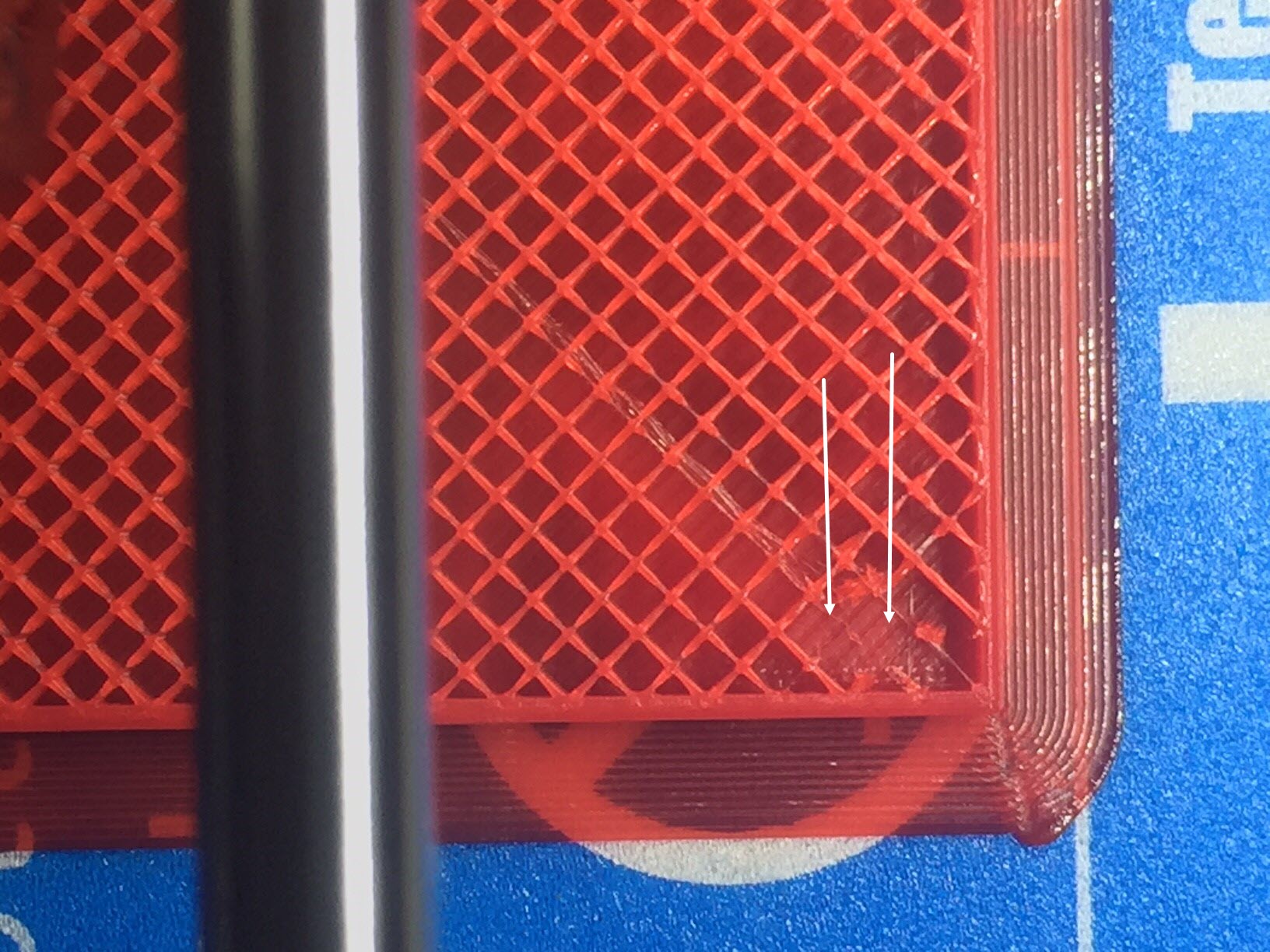 In another question here, turning the Cura combing setting off solved an issue. It probably solved the issue described here, too, or at least contributed to solving the problem described here.

My theory is that with combing on (as it was for that question), the oozing pulls filament out of the nozzle during the travel, so there's not enough filament at the destination corner to bite and bond to the corner wall. Turning the combing setting off seems to have solved the missing infills in the corner. It also greatly improved the quality of the infill walls, too, which relates to the problem described in this question.

UPDATE: Here's a paragraph from a forum posting here that explains how oozing caused by combing can result in "underextrusion effects." That's what I think is happening in this post - the nozzle gets to the corner, but it has no filament to bite and bond with the wall. Credit to @0scar for giving me the forum link. Quote from the link:

Even on interior layers, combing as implemented in Cura is a bad idea, as it doesn't perform retraction, and that can result in the head oozing as it moves, especially as each time the head crosses a line of infill it can tend to pull our some plastic. You can also get some long moves (e.g., all the way around the curve of a 'C' shaped object when moving from one side of the opening to the other). This can result in the head being empty when it starts printing the perimeter again, with resultant under-extrusion effects.

Now that you are using Ultimaker Cura, the default (probably hidden) parameter Z Seam Alignment is set at Sharpest Corner, so it will always start in a sharp corner. The default retraction settings are pretty high in Ultimaker Cura (I think about 6.5 mm as default Retraction Distance). What happens here is that the filament is not available for printing in time (this is dependent on the extruder type), so the distance should be less than the current value.

It is highly recommended to print a retraction test to find what is best for your setup. For me the 6.5 mm works very well on my Ultimaker 3 Extended and my large custom CoreXY printer as they both use a Bowden extruder setup using 2.85 mm filament, this can be different for your printer. Choosing a different Z Seam Alignment option, e.g. random prevents the use of the same location at every height, but could result in a less aesthetic print.

Furthermore, you could try to visualize the G-code in a viewer, this can be done in the Ultimaker Cura slicer itself, but online viewers are available. After slicing your product, change the combo drop down box from Solid view to Layer view to show the sliced object. Nowadays there are 2 sliders to interface with the model; the vertical sets the layer, the horizontal the progress of the layer. It is advised to play with this to understand how your print is actually printed.

About your settings, print speeds are not high (could be increased), travel speed is fine (is only for non-printing moves). The brim is looking good and the level of your bed is also good.

4
How to remove unwanted filament trails from sharp corners

4
How do I repeat the layers of Slic3r for every 3 infill layers with different angles? (Might need some programming knowledge)
28
Different infill in the same part
4
How are infill paths connect to form an efficient path that respect the object's geometry?
10
slic3r: Can I vary the infill percentage for different heights of my model?
33
What are the advantages of gyroid infill?
1
Why does infill percentage stop the print from sticking to the bed?
4
Internal wall does not print in horizontal print orientation
5
Infill failure when printing larger prints
5
What is the best infill pattern for shearing strength?
4
Ender-3 Pro - PLA mid-layer warping (layer separation) - salvageable?