I wanted to create a coin stacking device similar to this one:

But I wanted to only 3 coins, 5c, 2c, and 1c. Unfortunately the STL came in pretty messy after importing to Blender, which made it difficult to edit the model to have only 3 stacks. So I decided to create my own. I used a box and three cylinders with the diameter of the coins + 2mm so the coins can fall loose into the stack. The cylinders where used for boolean modify the box to create the stack gaps. 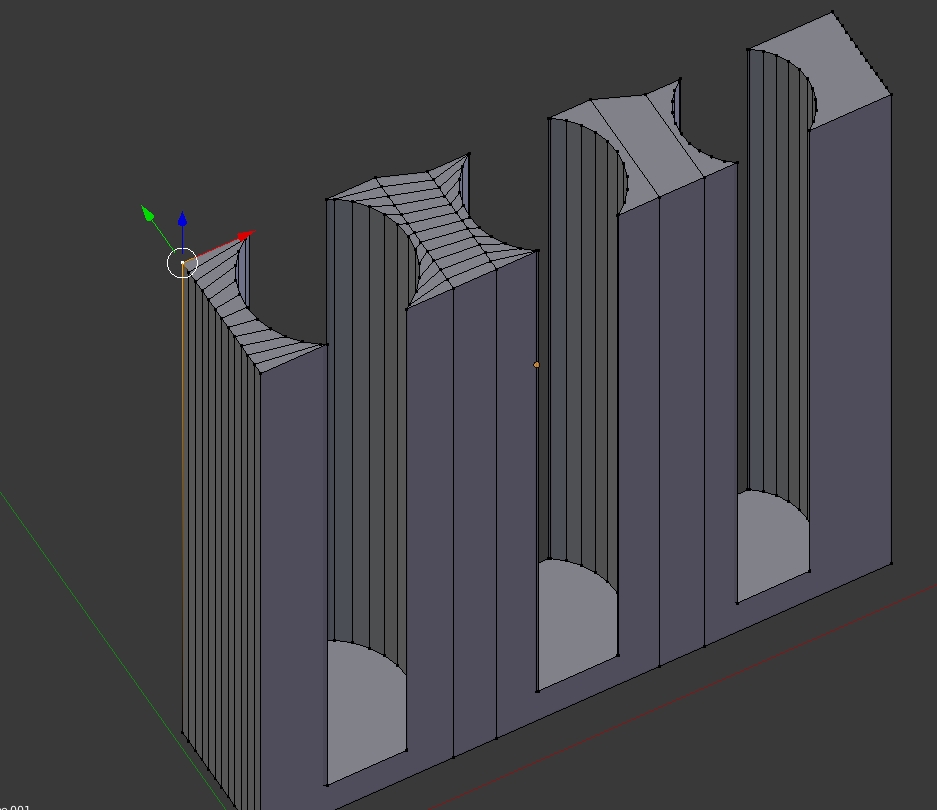 Exporting the model as an obj and importing them to Cura showed it getting strange diagonal faces at the stack gaps and at the top. 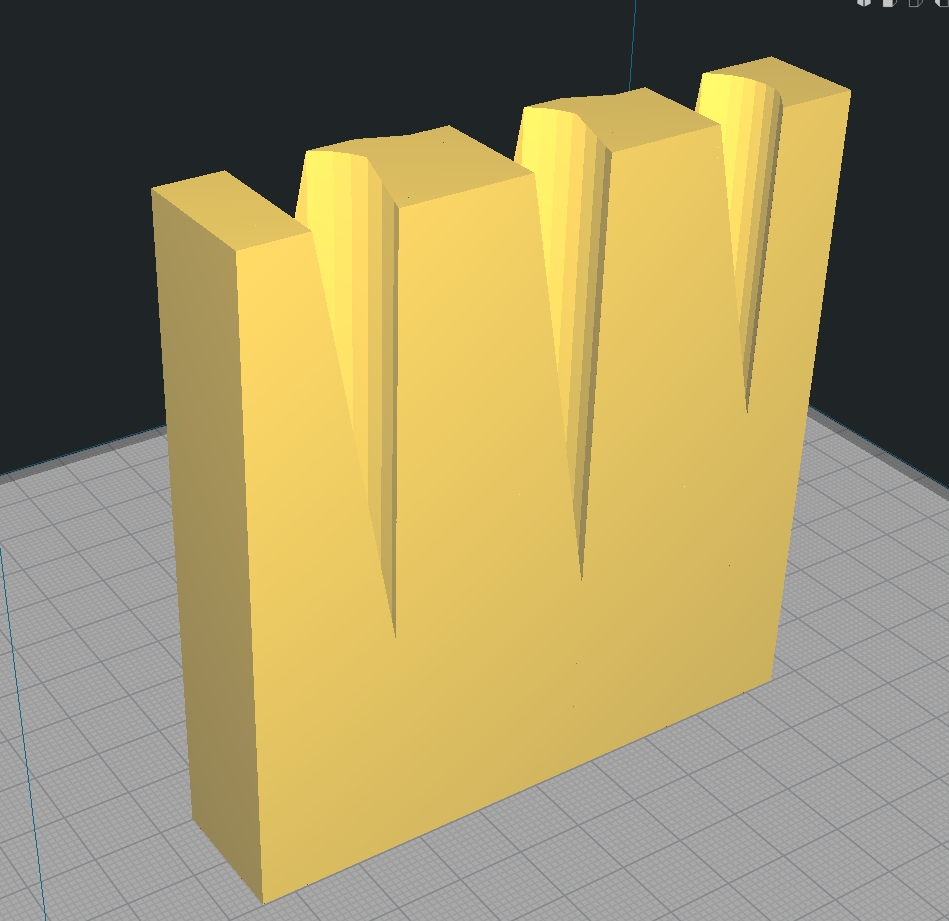 After slicing however the faces were gone and the test print came out pretty decent, even on low quality settings the measurement were quite exact. 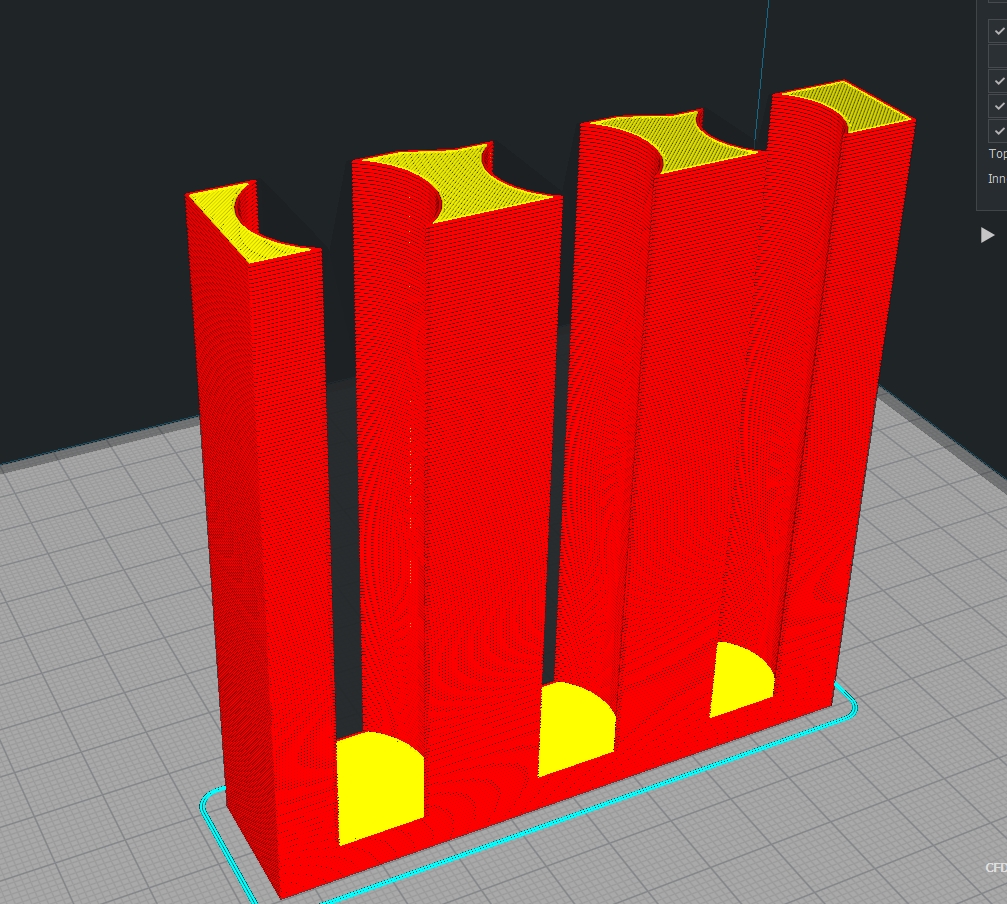 Still I would like to know why these additional faces appear and how to prevent that. I am not a blender expert, but I guess it has to do something with the topology/faces? I started creating additional edges in Blender for the isolated vertex created by the boolean modifier, but I don't know if that's actually necessary for a 3d printed model that's not going to be textured ect.

It is quite common for modelling operations to result in 'non manifold geometry', meaning that some of the faces intersect or are not perfectly joined.

Although there is nothing obvious in your model, you can check in blender by going into edit mode, unselect all, selecting nodes, and 'select all by attribute/non manifold' Ctl-Alt-Shift-M (if I remember right).

Usually this happens with boolean operations where you merge the same object twice (i.e. union for the hole, then difference with the cut part). You would need to apply the boolean to see the non-manifold result.

Any of the standard mesh fixing tools will attempt to clean up your exported STL, and you could then import the model back into blender (but then it is a one way process, and you can't make updates to the base model).

Judging from your second screenshot, I'd say that Cura does not like n-gons very much.

An n-gon is any polygon with more than 4 sides. Most software tries to convert these polygons into triangles, with solutions that may not be what you want. Obviously, if you triangulate your surfaces manually this problem becomes moot.

Not sure about Blender, but MeshMixer has a "Plane Cut" tool that would allow you to take the source STL file and cut off the parts you don't want. That might save you some pain.

But if the final sliced gcode file works, don't worry too much.

Not the answer you're looking for? Browse other questions tagged ultimaker-cura 3d-models slicing blender .

3
Adding support when generating g-code from Cura Engine (command line)?
2
Cura Filling holes from a model from Blender
0
My 3D model is printing with missing parts when sliced in Ultimaker Cura
1
3D model with errors when exporting to Cura
0
Difference in weight from Cura to printed model