Which capacitor to change on CR-10S S500 motherboard?

I have a CR-10S 500 and want to change a capacitor on it to improve and solve temperature issues. This capacitor that needs to be changed should be labeled as "C4" as mentioned on this post but it's not present on my motherboard. The goal is to replace 100uF capacitor with 220uF 16V capacitor. 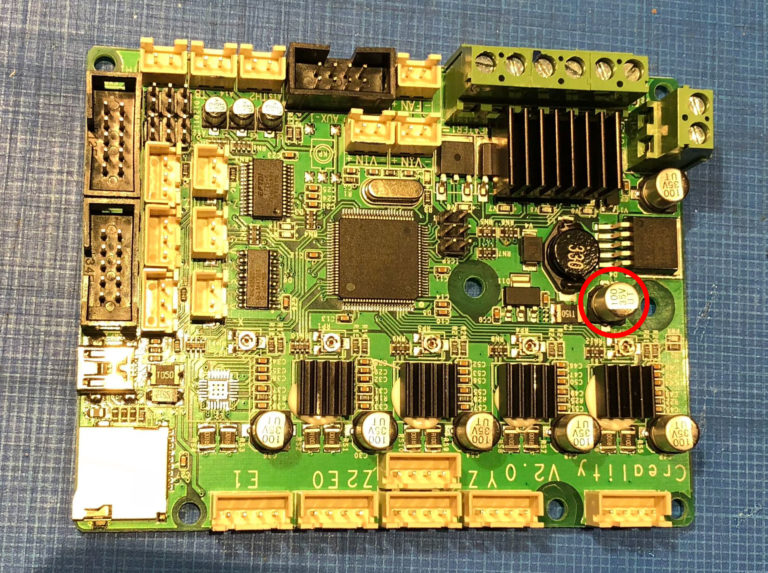 but mine looks different. Below is what it looks like: 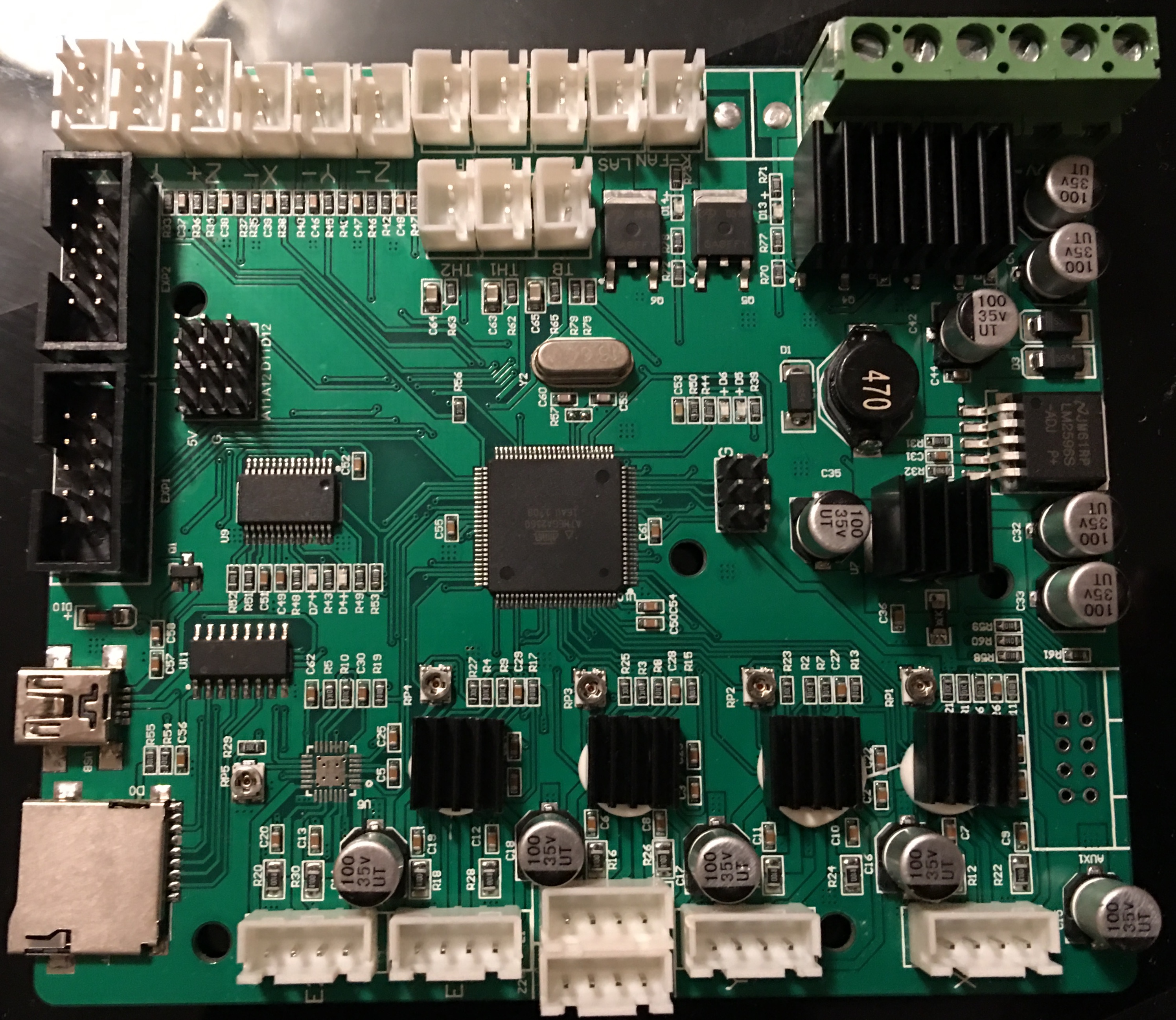 Anyone know my motherboard type or version? Also, which capacitor to change?

Here is a better or zoomed in section of the place: 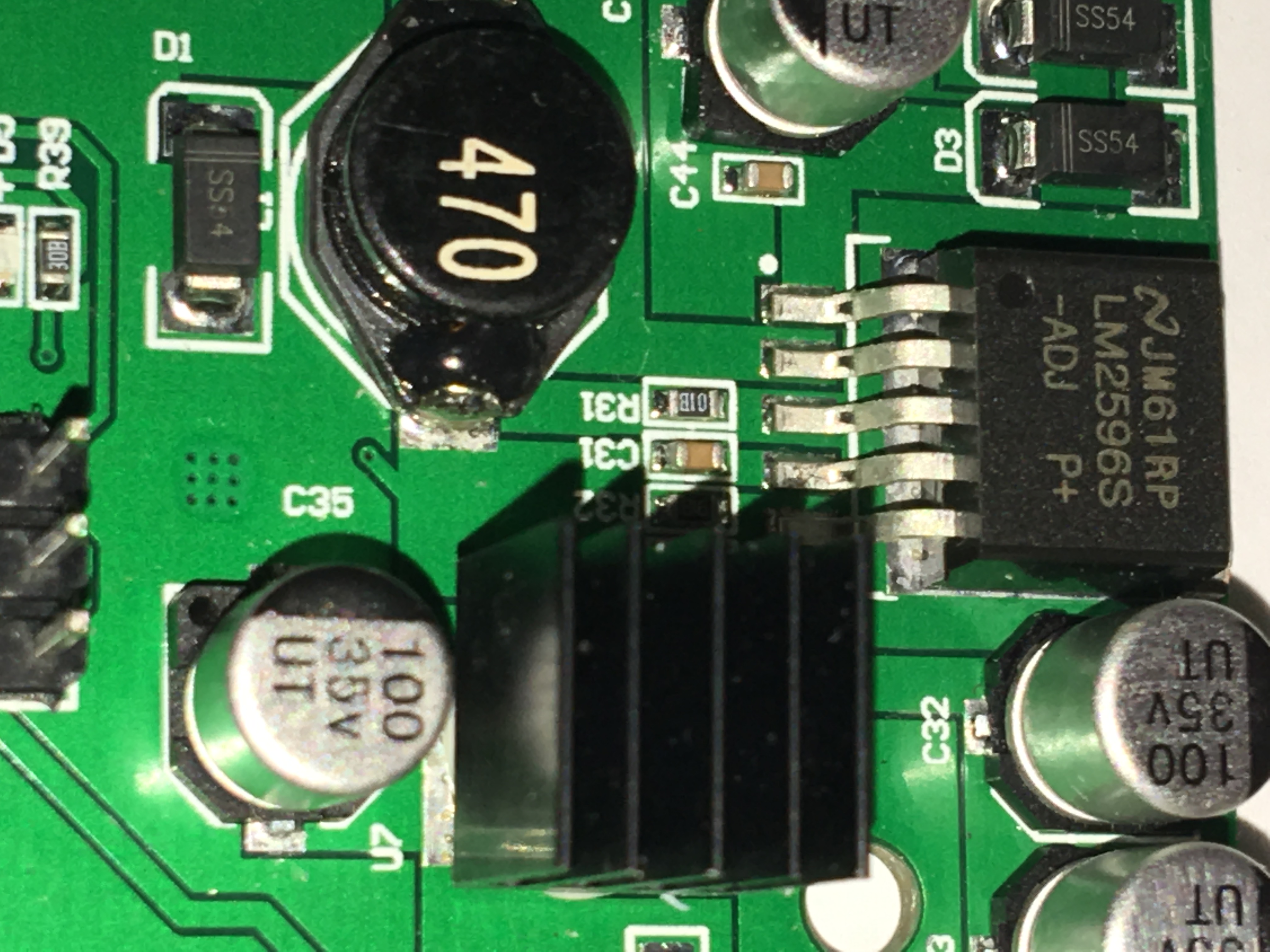 As Trish requested in the comment, below is also the back side of the motherboard. 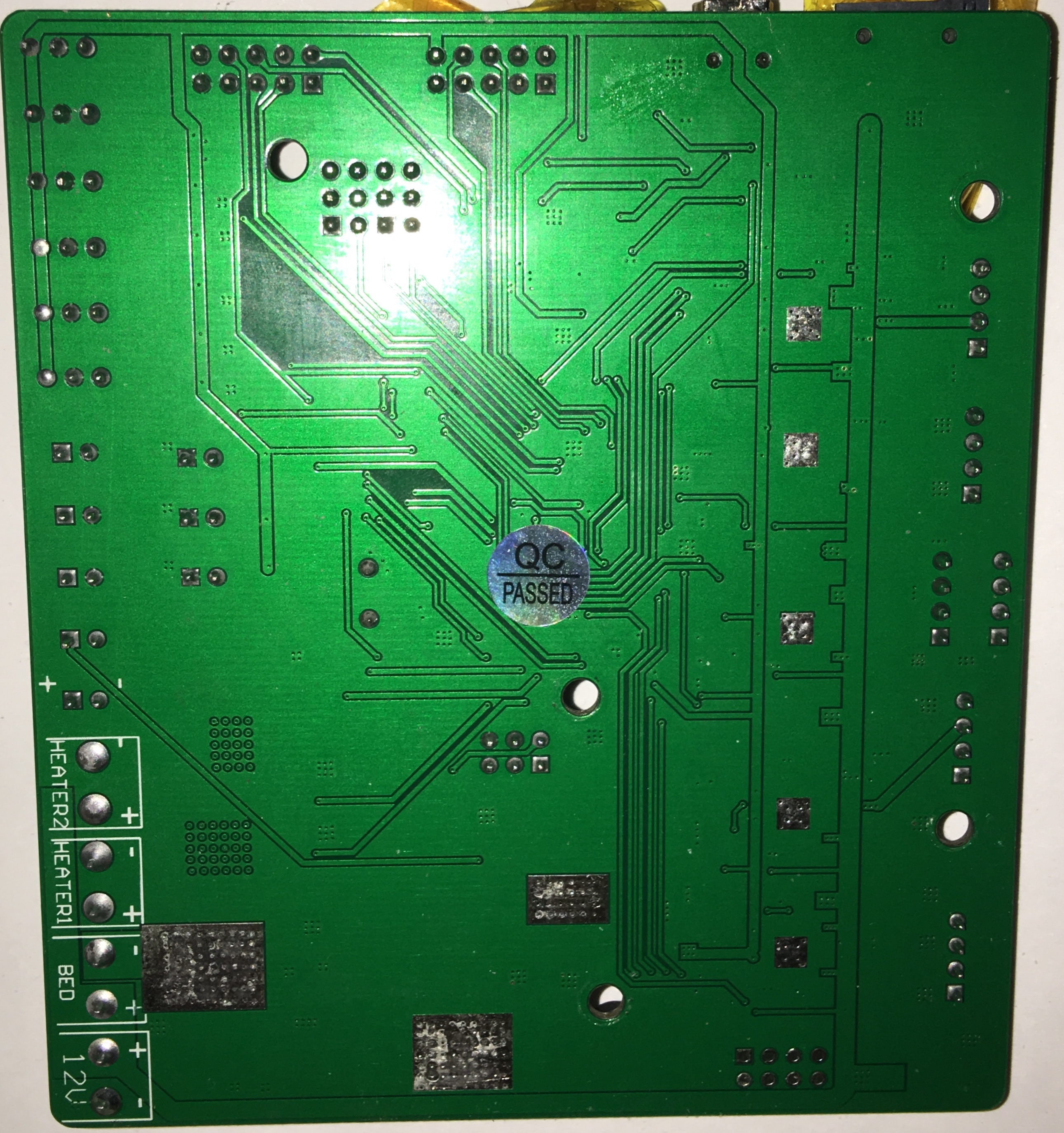 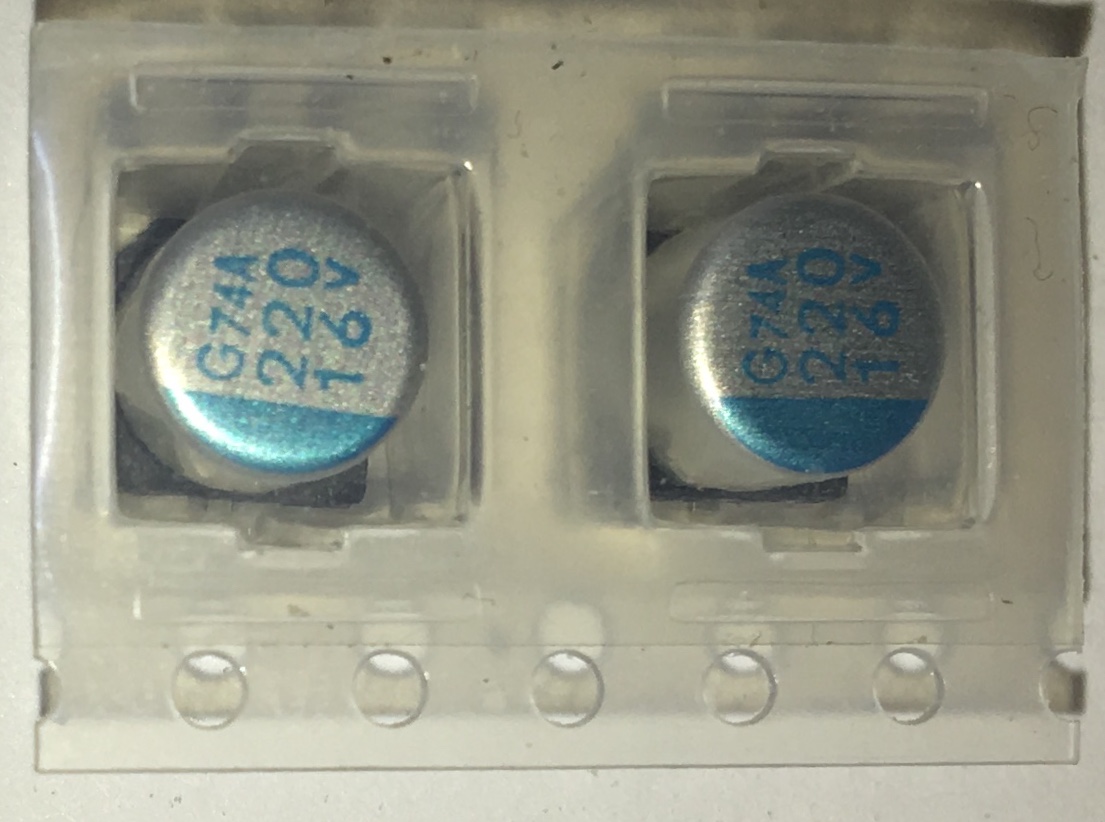 My current idea is to remove the tiny "C31", solver wire to pin 4 of LM2596 and to the new capacitor but I do not want to remove the "C31" because I don't want anything to go bad.

Can I add the new capacitor parallel to the existing "C31" without removing the "C31"?

You are looking for a capacitor that must be connected to Pin 4 of the LM2596.

Maybe you could provide a better picture of that area so we could see the different tracks on the board.

The LM2596 is in the center of the right side of the board (it is also labeled with LM2596D). The pins should be counted from top to bottom (in your picture)

My guess is, the Elko you are looking for is connected to C31, and you must look for the positive pin.

In this wiring diagram Cout is the capacitor you are looking for. The SMD Parts R1, R2 and CFF should be R31, R32 and C31 in your picture.

With the corresponging measurements I would say you do not need to replace the capacitors.

In comparison to the old board your board already has the "fix" implemented.

An important note on Voltage Rating

Just to add to the existing answers.

However, the main issue that I see is that the existing capacitors are rating at 35 V, and you are planning on adding lower rating capacitors, i.e. 16 V. This is asking for trouble and at best an early failure, or blown capacitor.

So, for a 12 V circuit, use a 25 V rated capacitor, or 35 V. The 16 V is a bit of a no-no, and besides you don't want to mix voltage ratings for the same circuit, not a good idea, unless you actually want a common point of failure.

You are looking at the wrong board

Your board might on the surface look like a Creality v 2.0 board, and is indeed from the same family of boards. After trying to discern the parts and finally resorting to google image search, I almost had to maniacally laugh:

The currently latest version is the Creality 2.1, but your board clearly is a pre 2.0 board, as the 2.0 and 2.1 are quite similar, almost identical in the areas in question. According to the standard nomenclature, a 2.X board should be a full new engineering or vastly re-engineered board. So I looked up a Creality 1.X board - And indeed, it looks somewhat closer to a CR-10 motherboard in the area around the black capacitor, but that is marked 150/151. So it is not a Creality 1.1.2 / 1.1.3, also known as "CR-10" board.

My best guess (Confirmed by OP and this) is, that your board is an intermediate step between the Creality 1.1.x Board for the CR-10 and the new CR-10S 2.0/2.1, so by nomenclature a proto-2.0. Among Makers, it is called "original CR-10S" at times. Your numbers should thus be read from this board: 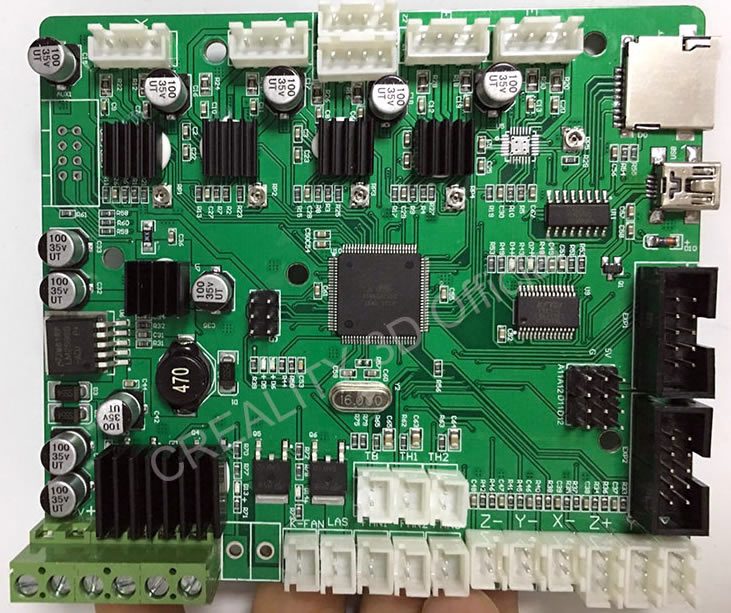 There is a 100/35V/UT Capacity in the indicated spot in both the green and black renditions.