Does anyone notice that when they upgrade from an MK8Makerbot(?) to a E3D V6 hotend that when using the same settings and bed-leveling/z-distance-setting procedures, that the filament is much more likely to be pulled up and bunch up around the nozzle while printing the first layer?

It occurs mostly when printing small details, such as 3 mm bolt holes, and not so much when laying down long lines.

Is this due to the shape of the nozzle, which on the V6 is much more flat when compared to the MK8 which is more sharp, or is it due to something else that can be easily fixed? 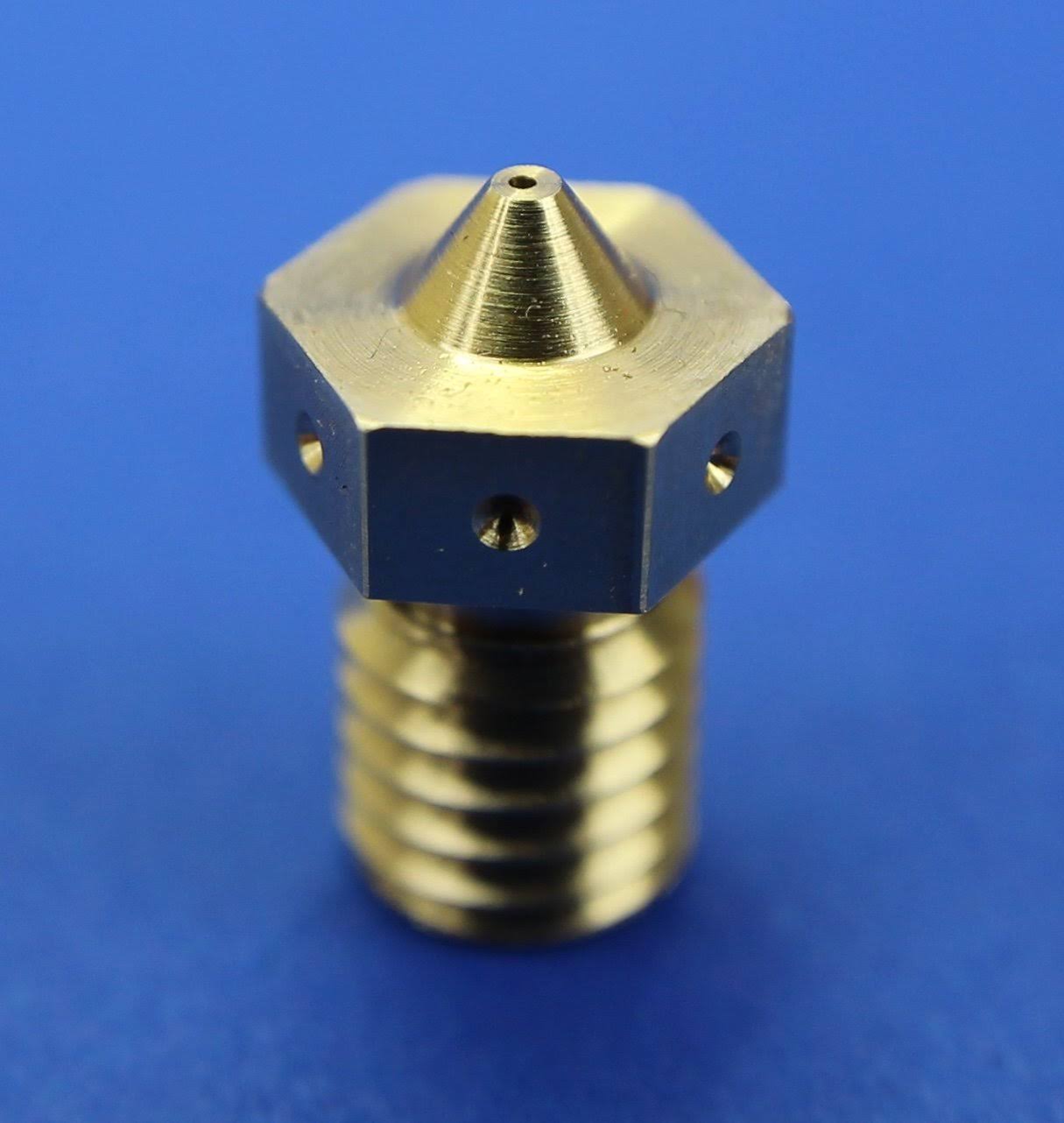 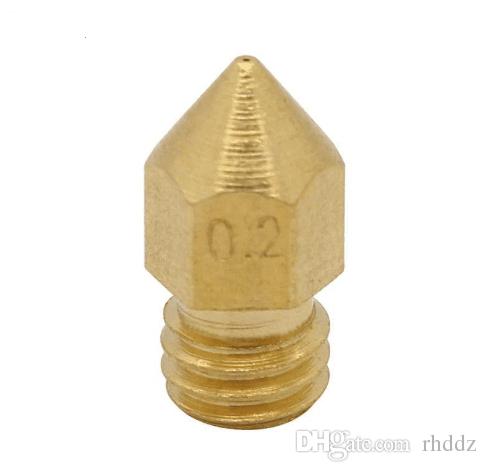 When filament curls up this generally means that there is some sort of obstruction or burned material in the nozzle causing uneven flow. You can use the Atomic Method from this answer. 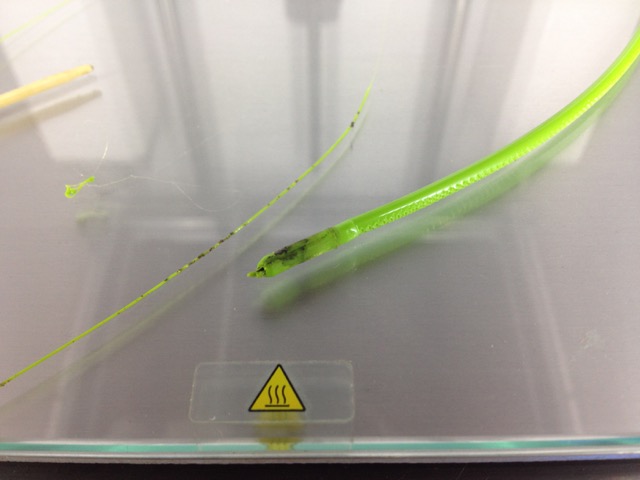 Being a new nozzle, I would expect that this is not the case, so that it should just drop out of the nozzle and not curl up. It could be that the nozzle is not perfectly machined and a defect in the geometry is causing this. You could try to replace the nozzle with another nozzle. They are pretty cheap, you should buy a few extra.

As far as why the filament sticks easier to the E3D nozzle when it curls up, is that this nozzle has a (hexagonal) flange that sticks out, while the other nozzle does not have such a flange. If it curls up, it has a larger probability to hit the flange and stick to the outside of the nozzle than a nozzle that has no such flange.

Turns out this can be fixed by increasing the bed temp to 65-70 °C and of course increasing the extruder temp by 30 °C or so, which is standard for the all metal hotends (no idea why)

Not the answer you're looking for? Browse other questions tagged filament nozzle e3d makerbot-mk8 or ask your own question.

4
3D printer filament will not load after running the printer out of filament
5
What is the functional difference between an e3D-Style nozzle, Makerbot MK8 and M6 Chinesium Nozzles?
0
MK8 versus E3d V6 nozzle