I can print a reasonably high quality print, but then there will be a millimetre or two of rubbish. 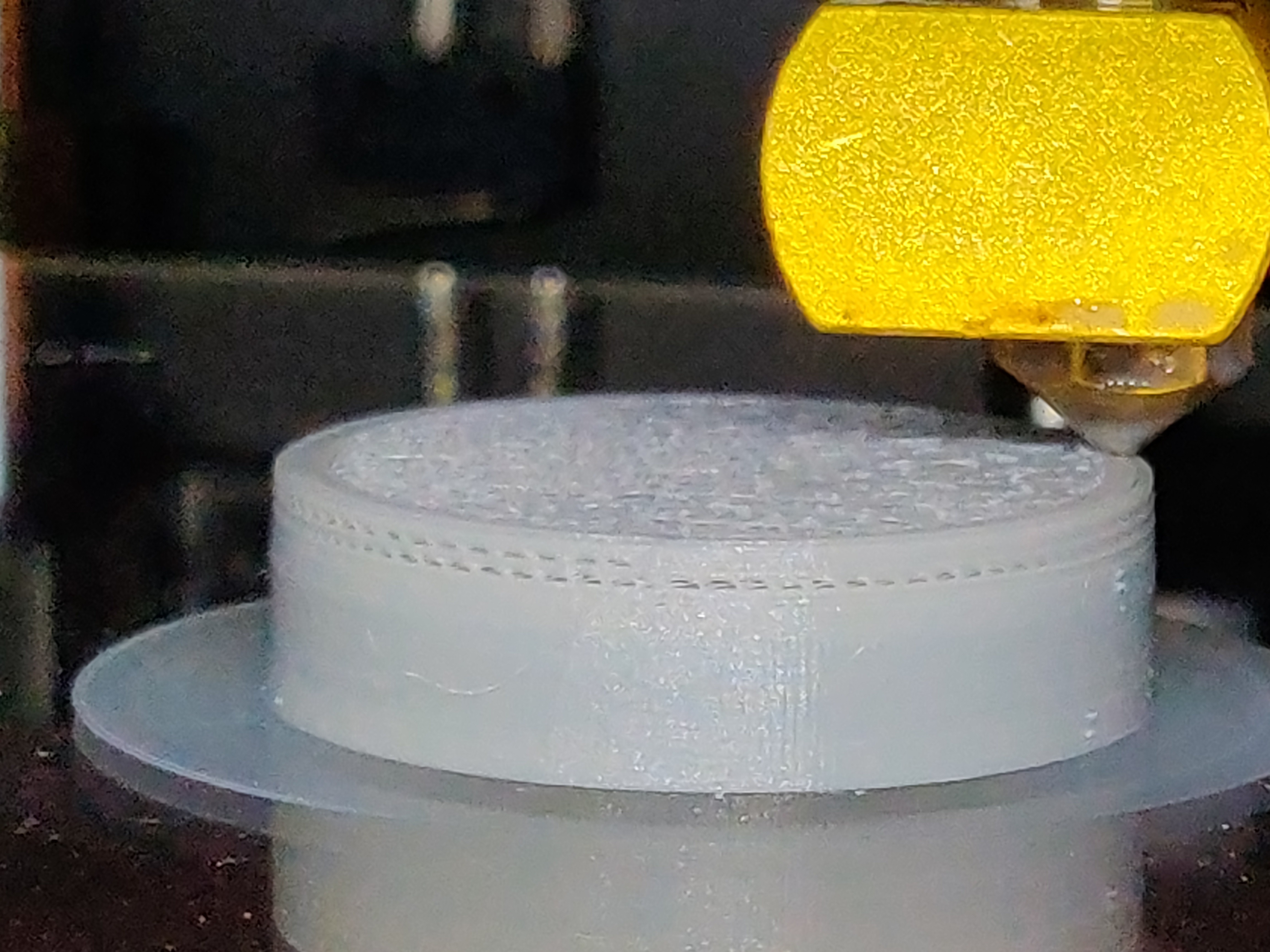 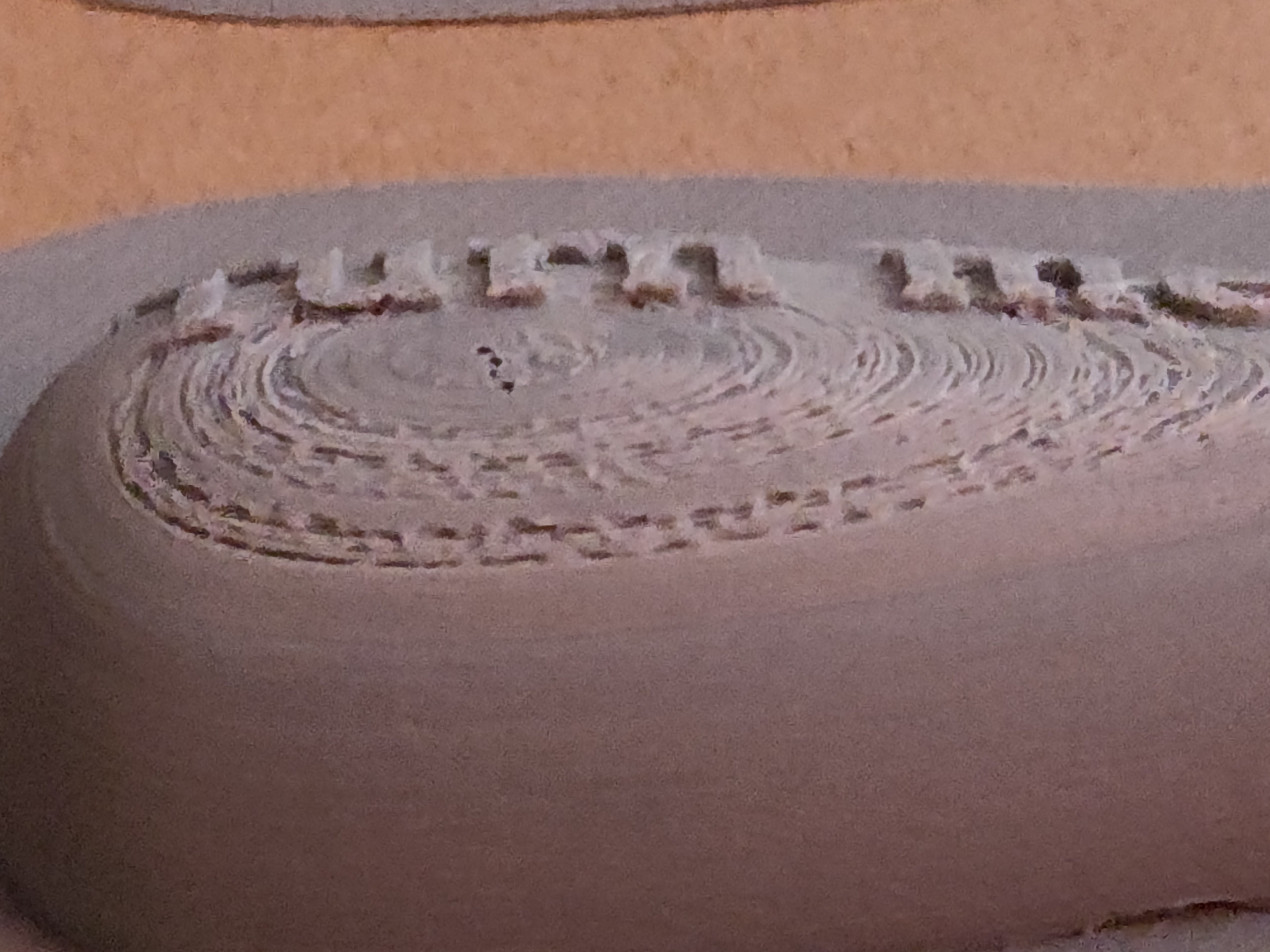 This can happen at the start of a print, in the middle or at the end.

It doesn't seem to be bad G-code as I can reprint with good results.

There seems to be a correlation between the bad layers and walls. They seem to occurs when there is a transition to printing a horizontal wall.

The latter if there two images if the tail end of a thirteen hour print.

This can be caused by various problems, of which an aforementioned filament diameter is only one of multiple possible causes.

The observed phenomenon is called under-extrusion. Temporary under-extrusion can also be caused by filament friction on the spool, too low or too high filament extruder gear friction (pressure on the filament by the roller), or friction in a Bowden tube (dust particles).

Please ensure your spool unrolls freely (not entangled; entangled filament is audible like "ker-chunk" when the filament is rearranged on the spool by force of the extruder pulling) and check the extruder for friction or slip. If the extruder gear slips, this is also accompanied by an audible "click" that is called clicking. This generally implies that there is too much friction in the hot end, or an obstruction/clog.

Considering that your print recovers from the problem, and that it occurs randomly, the best guess is that your filament in entangled now and then.

One of the reasons for such a defect may be a local decrease in the diameter of the filament. Carefully check your filament.

Not the answer you're looking for? Browse other questions tagged print-quality troubleshooting quality or ask your own question.

1
Prusa i3 jerking during printing
7
Why does my domed print have a thin shell?
11
First 3 mm prints poorly, then fine after that
3
CR-10 Layers not printing after certain amount of filament printed
2
Under extrusion when starting outer wall
1
Gaps/Holes in the 3D Print walls
0
What is cause of blob when layer area reduces by 50%?
3
Why is my outer wall layer printing with gaps and flaking off on this specific shape?
2
Inconsistent layer widths and uneven outer walls