Filament extrusion always stops at some point during print

I own a Creality CR-10 (using Ultimaker Cura for slicing) and I am experiencing terrible printing problems.

My problem: I am not able to print anything that takes several hours to print. For parts printed in 30 minutes or so, my printer usually works. 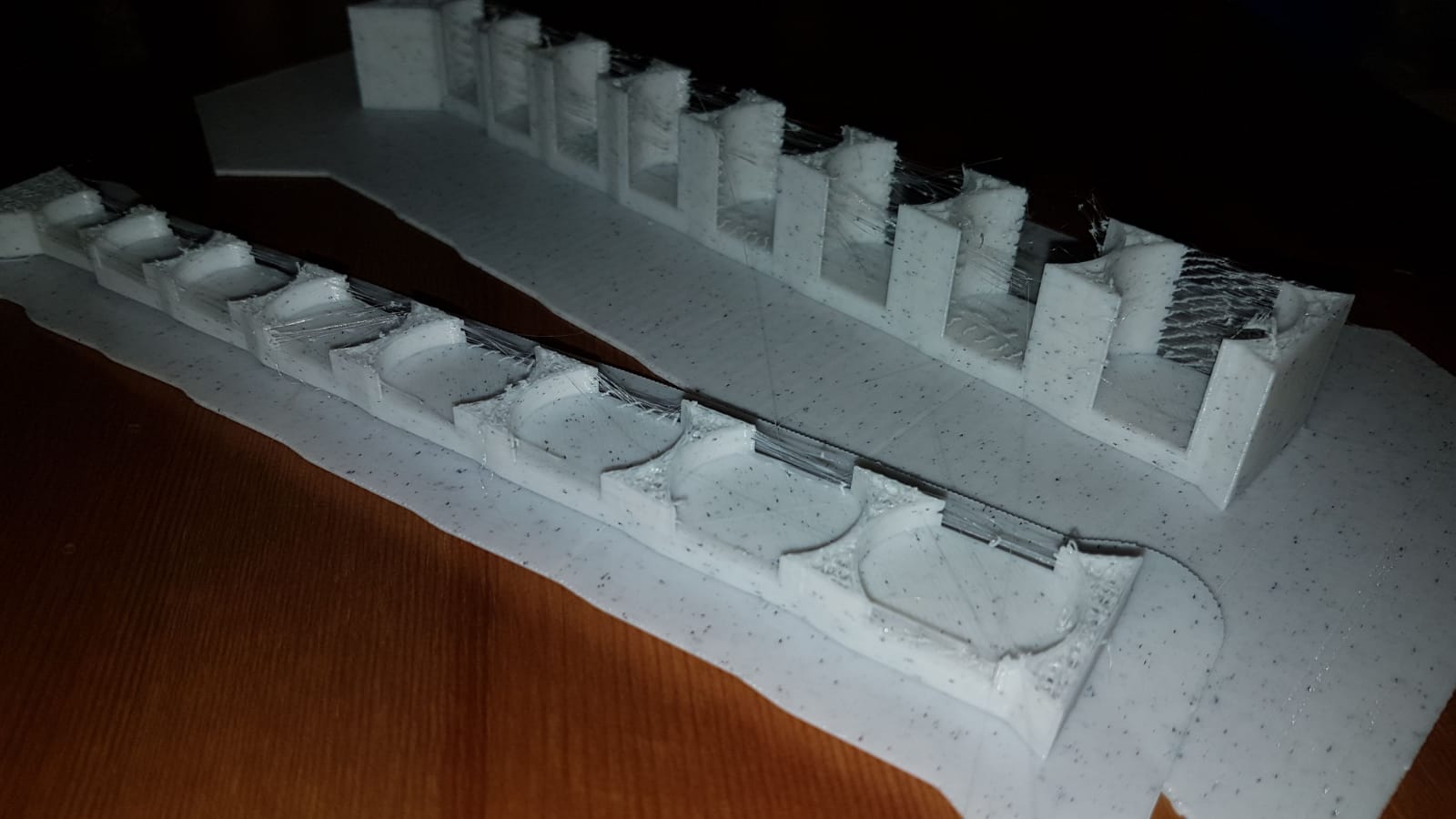 This below is actually the best result I got so far.. (important note: there is no under extrusion during the print, it suddenly stops out of nowhere..) 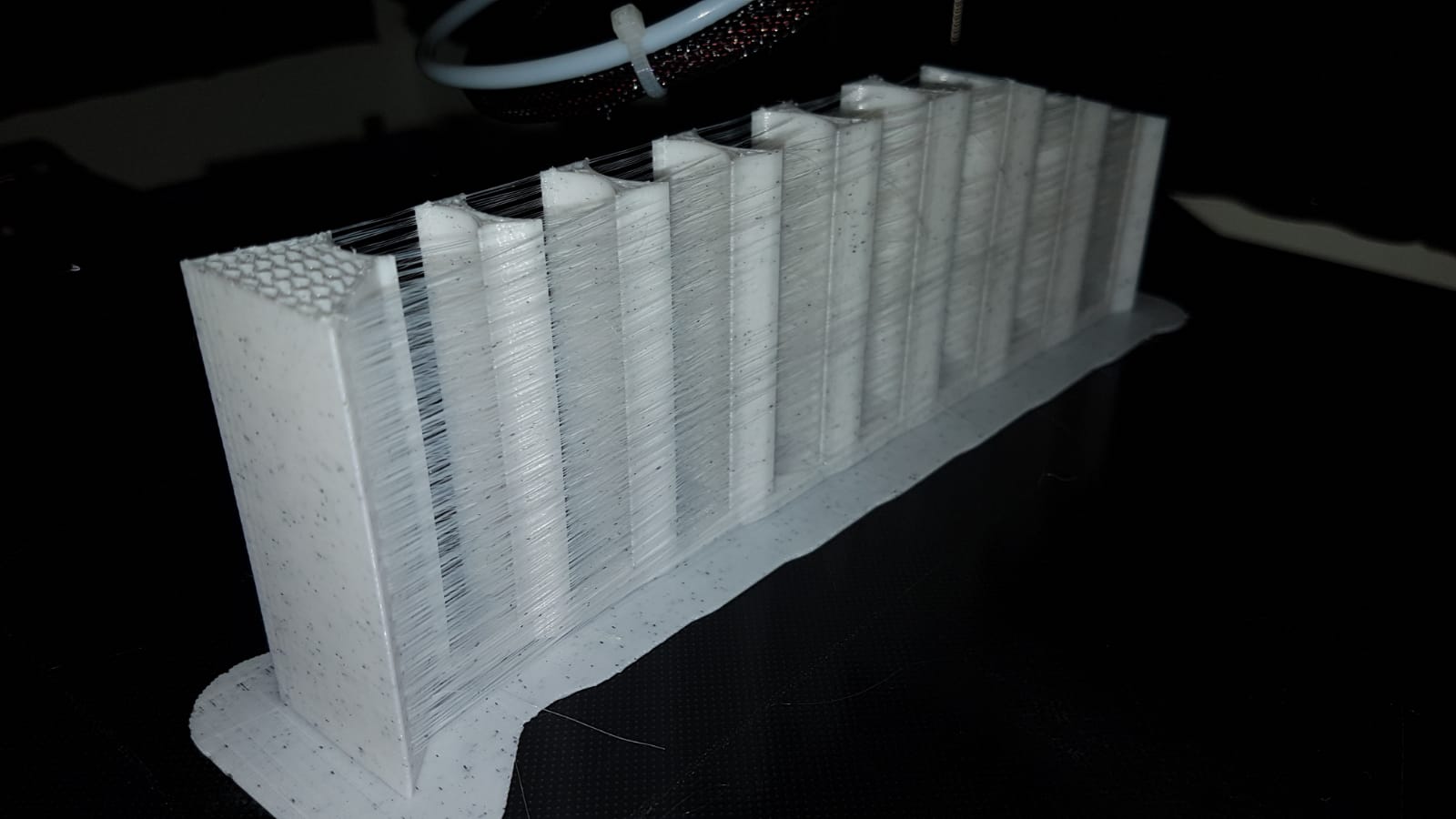 (Although I have to use terrible retraction settings and need a lot of post processing because of all the stringing - you might have an answer for that too.. I just couldnt get the 3d printer to print parts properly with good retraction settings.)

The problem is that at some point of the print, no more (PLA) material is extruded and the printer moves without actually printing anything. The first couple of layers usually work (you can see that in the images) but after wasting almost 600 grams of PLA, I am not able to find a solution myself.

I have some suspicions:

Could the problem be the angle, the PLA is inserted into the feeder? (so that it is almost a 90 degree bend)? The filament comes from a spool in the right hand side. But I dont think that this would cause such a problem.. 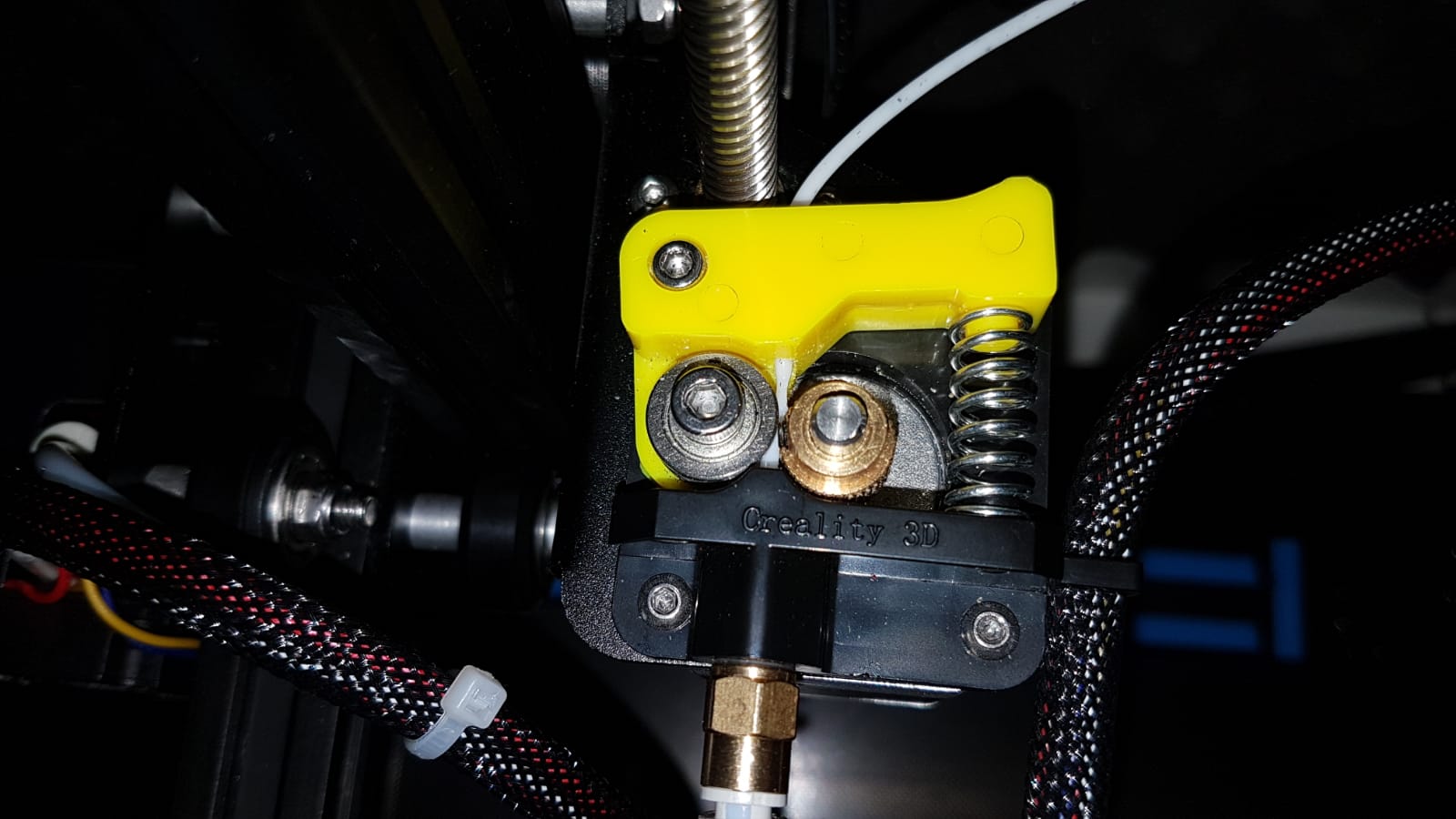 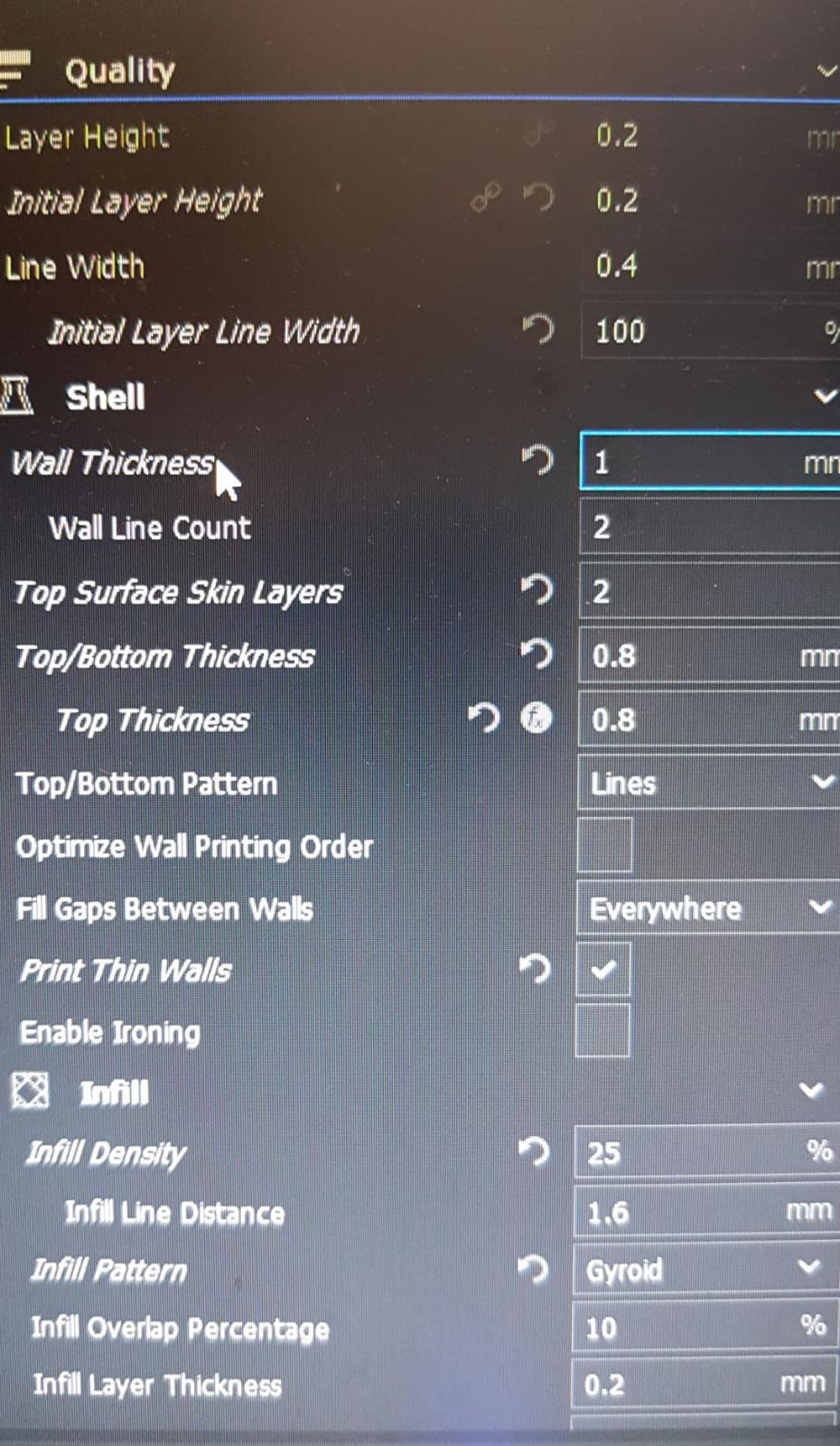 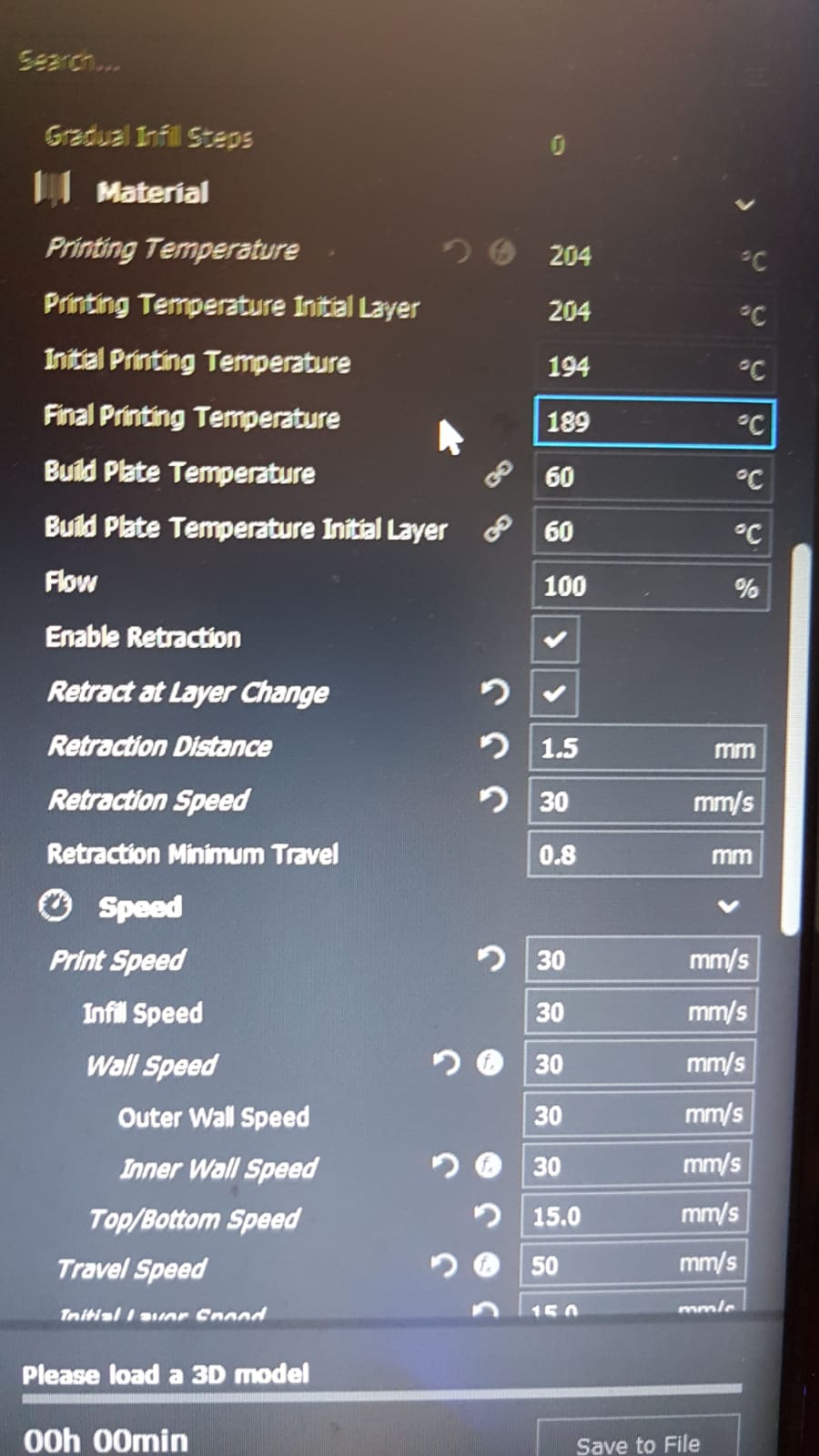 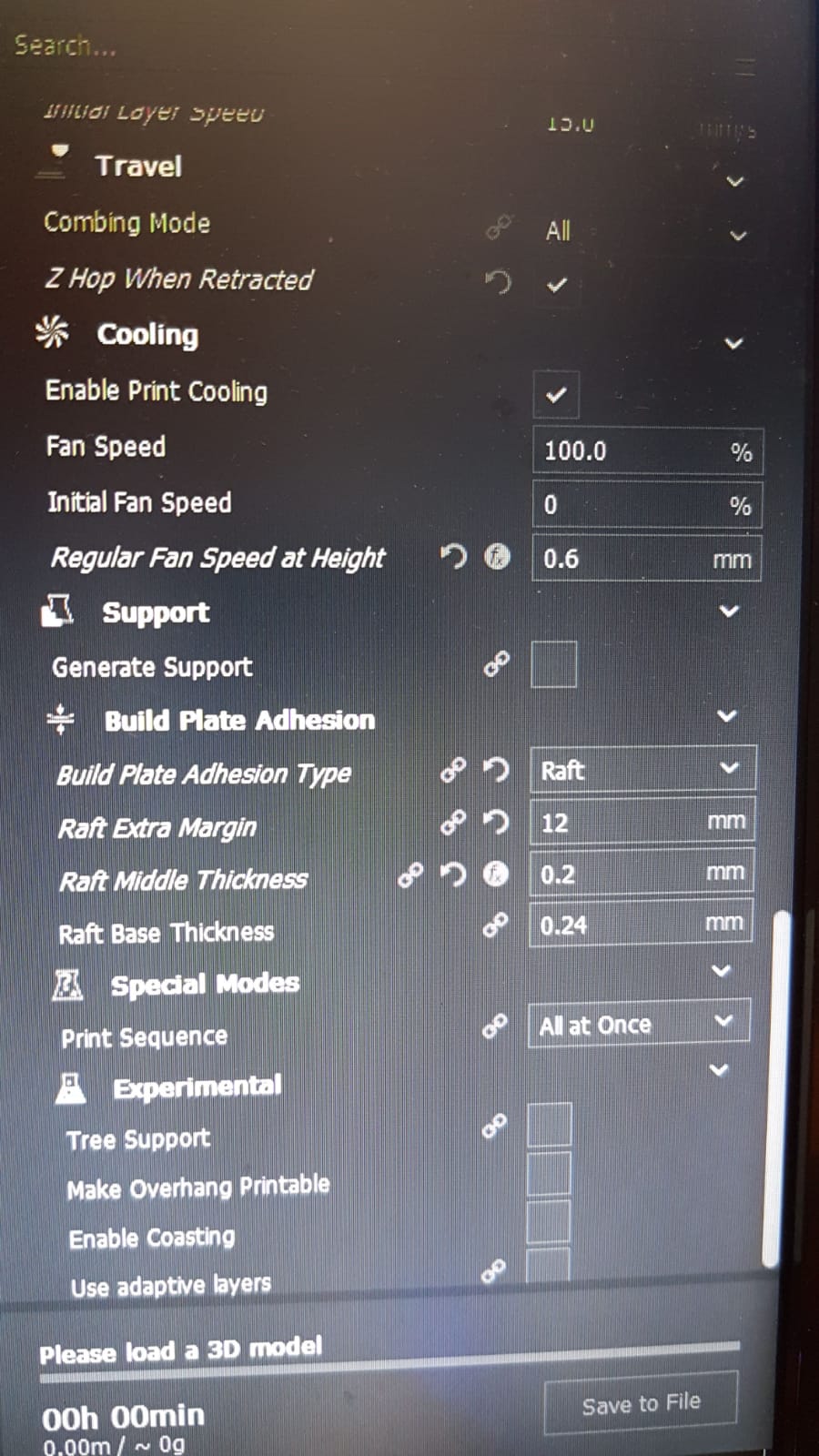 Could the length of the bowden tube and it tangling up be a problem? (as you can see in the image below) 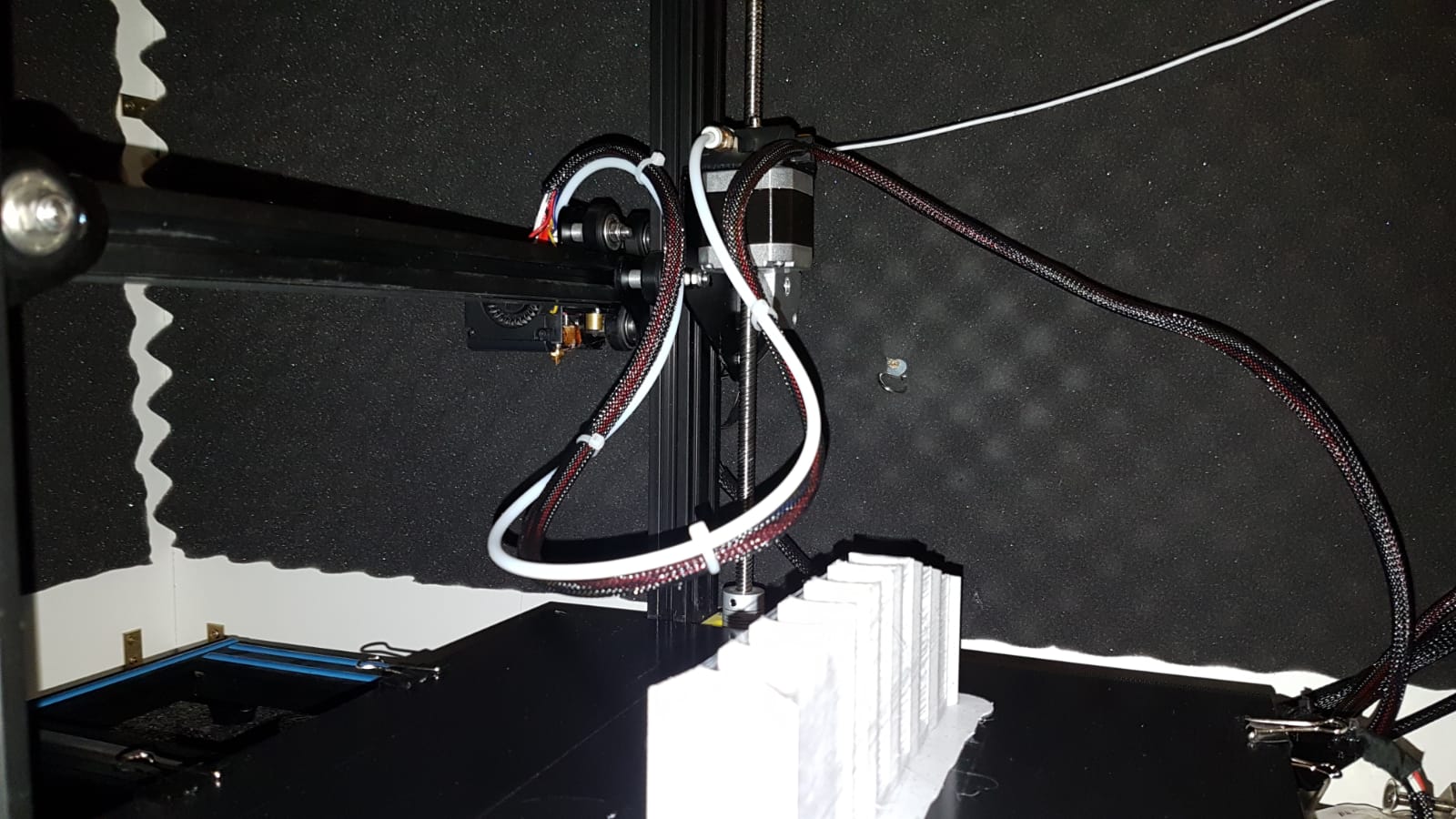 And annother important thing: The feeder always grinds into the filament (even at those low retraction settings) and it is always very hard to pull the filament out of the bowden after a failed print. Sometimes its almost impossible and i have to use heavy tools for it.. that should be the probelem 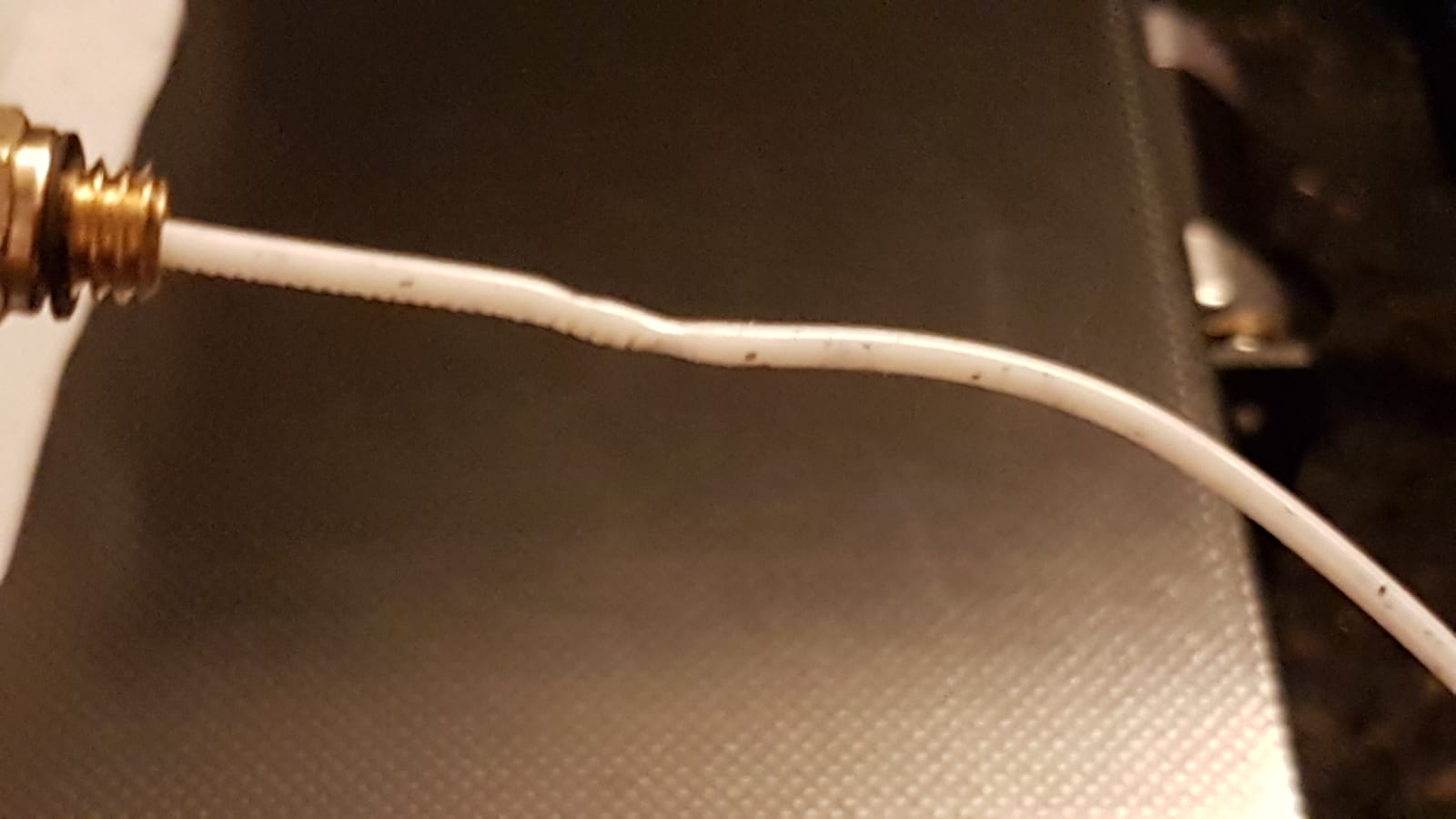 I already did some atomic pulls, replaced the nozzle and switched the bowden tube.

I have a dream: My printer printing a part without any stringing and actually finishing the print. Please help me to achieve this dream..

Thank you for your help in advance. :)

(and the filament I used, sorry for the bad quality of the pic) 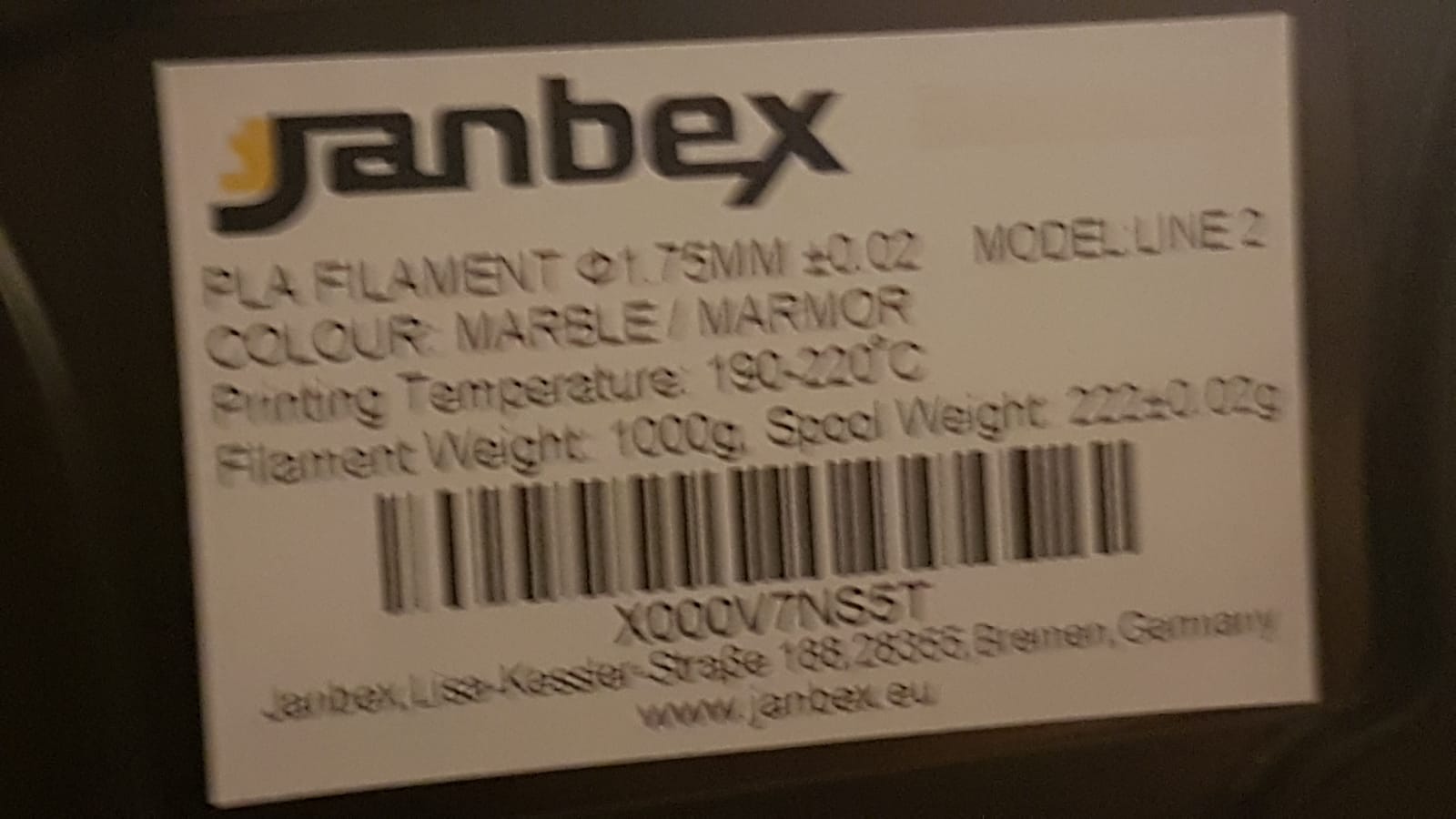 I've had a similar issue once. It was caused by very slight misconfiguration in filament feed rate (my printer tried to push through too much filament). While it was technically overextruding, I didn't realize that until I measured my extrusion lengths. Overextrusion could also contribute to stringing.

When you pull out the filament from your extruder after a print failure, does it have a thicker end? If so, it could be a sign of trying to push too much filament.

On the left is the filament I pulled from the extruder after a normal print - you can see it only gets thinner and has a long end. In the middle is a very pathological case - that shouldn't happen unless something is very wrong. On the right is how the filament was when I had my extruder feed rate misconfigured - you can see the dents from gear biting too hard into it, and a slight bulge. 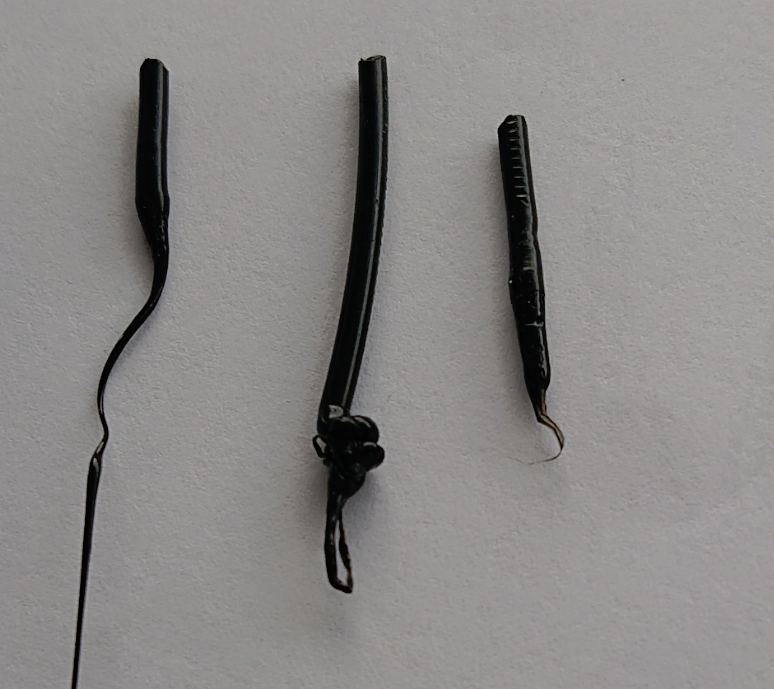 What I think happened in my case, is that filament gets melted in the hotend, some of it gets pushed through the nozzle, the excess wells up into the heatbreak, where it solidifies and bonds to walls, causing blockage and difficulties pulling it out.

As to how to fix it (if it's indeed the cause) - if you configured printer's firmware yourself, you may need to tweak steps/mm for the extruder. It looks like your printer runs Marlin firmware, which allows you to configure steps/mm from your LCD. You could also use PC software such as Pronterface to connect to your printer and tweak steps/mm parameters (alongside with other things). Here's a guide for checking and adjusting extruder steps/mm value. Though thick marker lines are not the best for measurement.
You can also measure how much filament exits your bowden tube with calipers when you move it from printer LCD.
If you don't want to mess around with firmware and steps/mm settings, you can adjust flow rate in Cura, although in that case you'll have to experiment with it and waste even more filament. I'd advise you to check for other possible issues first.

As the other answer has said, this could be caused by temperature creep too, with similar symptoms - filament melting in the heatbreak.

A long and bendy bowden tube could cause issues, but I'd expect underextrusion+grinding from that, whereas you don't see any underextrusion. Just to be sure, you could try pushing filament by hand (with other hand holding the lever on your extruder to release the filament) - it shouldn't take much force to move it all the way to extruder, and it shouldn't take much force to push it through the hotend either.
Yet another thing to check is whether your filament gets dented by the extruder gear during normal print. Just insert it until the hotend without holding the lever on extruder and pull it out - it should be as smooth and round as it was before insertion. If it has dents from the extruder gear, that could also be the source of your problems. In that case, you'll need to reduce tension on your extruder spring, or if it's non-adjustable, then get another spring or shorten the existing one.

As the last thing to check, does this happen with other filaments, especially single-color ones? Maybe this particular filament doesn't play nice with your hotend because of those black dot inclusions.

The stringing is explained by your relatively low retraction settings, 1.5 mm is not much for a Bowden setup. As do too high printing temperatures.

What you are experiencing is called clogging, the extruder cannot push the filament through the hotend and cause the grinding you report. Clogging mid printing is usually caused by insufficient cooling (for the temperature you print at) of the cold end (causing heat creep; slowly increasing temperature of the heat break), especially all-metal hotend assemblies are notoriously known for this problem.

Your Bowden tube does make a lot of kinks, maybe you can improve the path of the Bowden tube. Also if you are concerned about the sharp filament intake angle, you could print a filament guide: 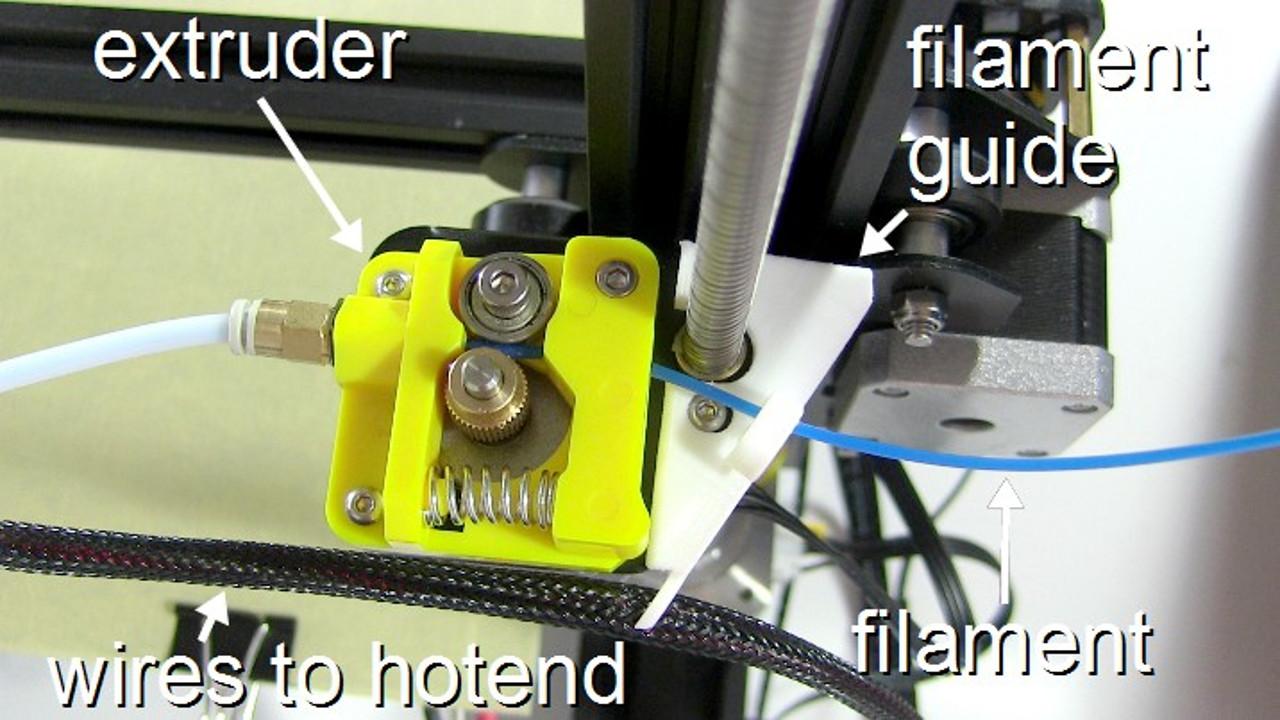 I had the same thing! On my anycubic I3 mega.

Tried a lot of stuff and got so sick of it so I installed a 10:1 gearbox on my extruder motor. So now it provides 10x more torque and since I havent got the issue anymore where the extruder is just grinding on the filament and the motor is just skipping steps.

No because of this and because my anycubic won't connect to a pc I can't change settings on my printer so I resolve the ratio with 1000% flow in my cura settings. And other stuff is also affected.

But at least it won't stop and just be sitting there and skipping steps.