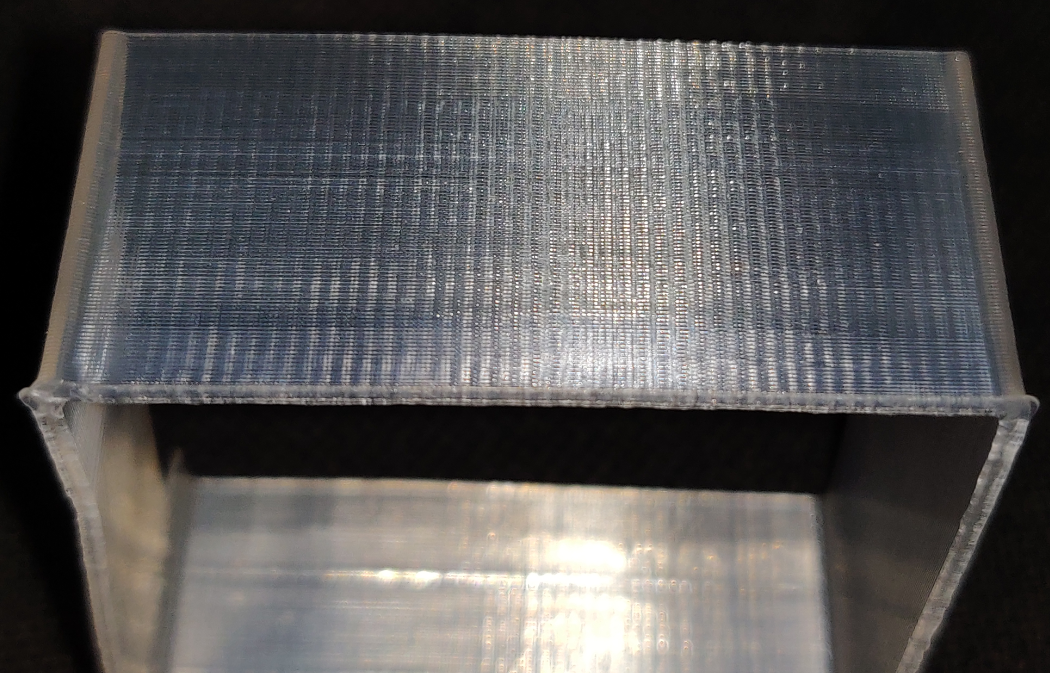 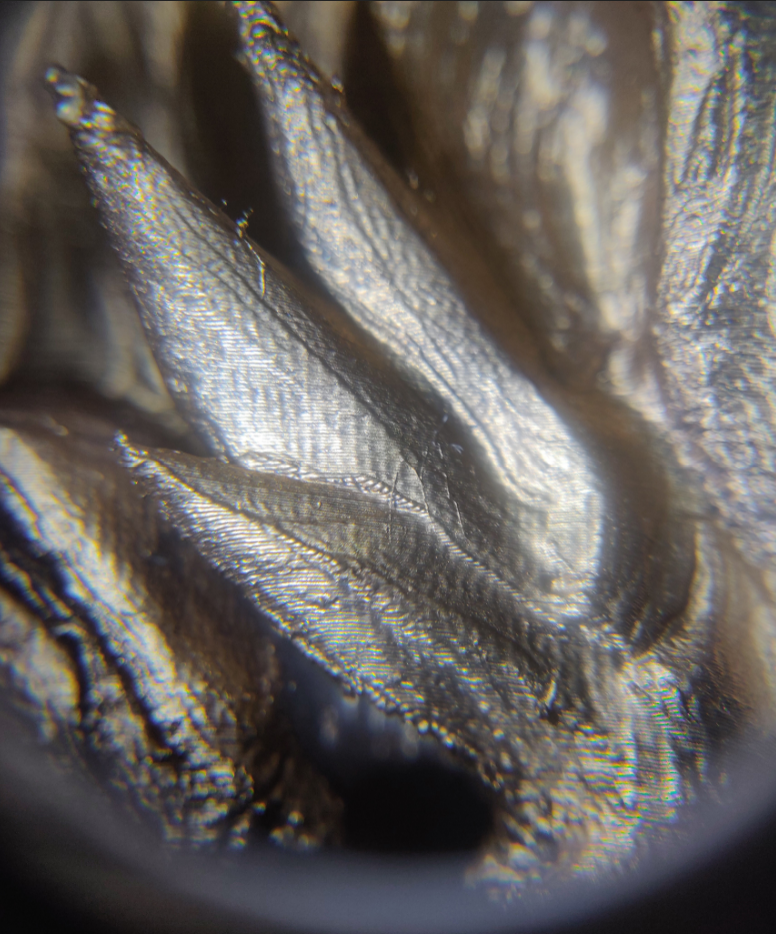 Tried all these with no improvement:

TL;DR problem is somewhere between drivers and motors

The fact that these are all perfectly spaced, and don't mirror the edges of irregular prints, makes me think it's definitely not ghosting. That said, I can't see the Y direction on either print, just the X direction, so this all assumes it's only happening in one direction. One thing to think about: Your motors have typically 2 opposing coils, and they get activated by taking 4 steps: (North, off, South): N/o o/N S/o o/S If these are spaced out exactly 4 steps apart, that would imply that one of your coils is either underpowered or overpowered on the motor controlling that direction's movement. That would lead to your motor torque dipping and increasing, leading to slightly uneven print speed. This is 100% speculative and might be a goose chase since you've got 4 X/Y motors and it seems to happen in both the X and Y axis. The chances of having that many motors exhibit the same deficiency is astronomical.

That said, I've got little experience with multiple motors per axis. Another thing you might look into is whether the motors are fighting each other at all. If, for example, the motor-side pulley isn't aligned exactly the same way on both X motors, or the motors get out of sync with each other, because of the way the motor's holding torque falls as you get away from a full step position, you might find that one motor is holding the other back slightly, or pulling it forward towards the nearest full step. Again, this is all speculative, but it might be worth looking into. You can typically figure out the full step location by killing power to the machine and letting the motors settle into a full step on their own without the belts or other drive mechanisms attached. I'd unhook the belts, kill the power, get the motors settled (with a bit of a nudge if necessary), and then see if your belt perfectly settles into both pulleys in that location. You might find that the belt teeth don't quite line up on both pulleys, and the only way I can think of that would fix that specific problem is spinning the motor until it matches, or even physically relocating the motor closer or farther relative to the other on the same axis.

I know this is a pretty old discussion, but I had the same trouble recently. In my case, it think it could be a pattern caused by the extruder gears biting into the filament. I found that the problem seemed to be worse with increased retractions. That makes some sense to me, the more retractions you let the slicer make, the more the extruder gears are going to go back and forth through the same length of filament.

To try and confirm this, I turned off retraction completely and cut off and removed the filament that was already past the extruder (this length of filament was presumably marred by many retractions, the filament outside of the extruder would've been clean). My resulting print still had the pattern but not nearly as contrasted and obvious.

I did try adjusting accel, jerk and print speed and the pattern didn't seem to change in frequency with any of that, so that led me to the extruder gears which are constant. I was also going to test if my hotend fan was contributing vibration artifacts but haven't gotten around to it.

Not sure there's much else that can be done with this. Maybe some filaments would have less of an issue than others. It's possible the issue is more obvious on a dual gear extruder? A single gear extruder will only bite into one side, which might be a bit more hidden.

This is a great blog post, Taxonomy of Z axis artifacts in extrusion-based 3d printing, explaining what I think I am seeing, although I'm not entirely sure what I'm seeing in your photos.

The short version is if your z-rods are threaded in an imperial unit, inches/fractions of inches, instead of metric, you get a repeating decimal value (think about converting 1/3 to decimal), which can lead to a rounding error depending on the chosen layer height.

Without knowing how exactly you built your machine it's hard to say more but the post goes over a number of things I almost did wrong (like anti-wobble caps on top of the z rods for Prusa i3s...)

Not the answer you're looking for? Browse other questions tagged fdm electronics troubleshooting ghosting .

7
Wavy walls with Ultimaker Cura
1
What could cause these slight waves on the print?

6
How can I optimize my print for casting in metal?
15
My heated glass print bed keeps chipping and cracking. How can I prevent this?
16
How to print an overhanging arc
7
How to 3D print an object with variable printing speed?
9
How can I prevent my nozzle catching on my print?
9
How to fix bulging first layers of print?
0
How to effectively eliminate stringing in 3D print
2
Evenly spaced bulges and one spot of localized underextrusion