I am trying to understand what could cause a misprint after several layers. It acts as if the extruder head bump to the PLA after a while. Thus moving the parts and then, it fails because it is not printing at the right location anymore. 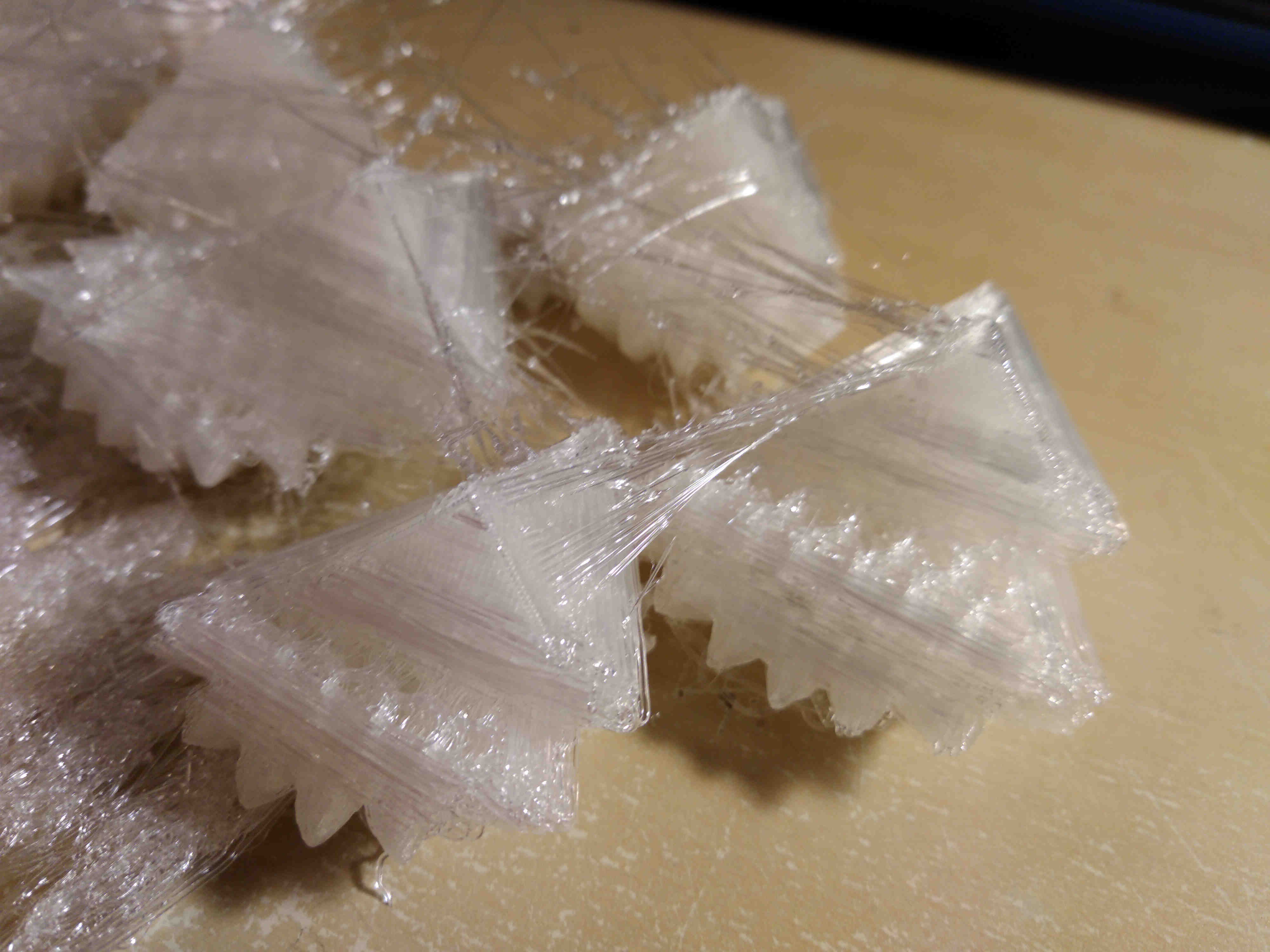 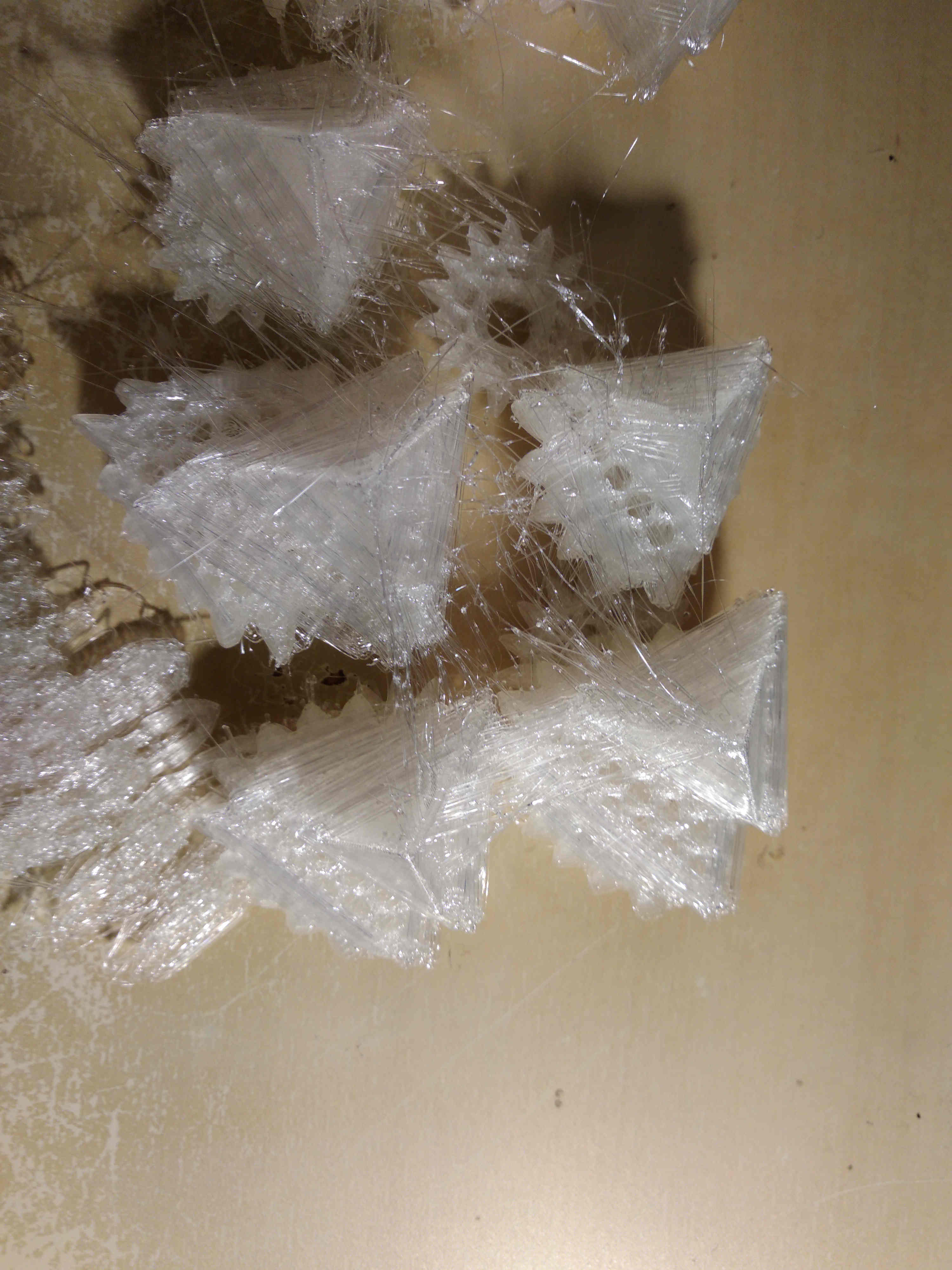 The expected result, for one "pyramid" is the following: 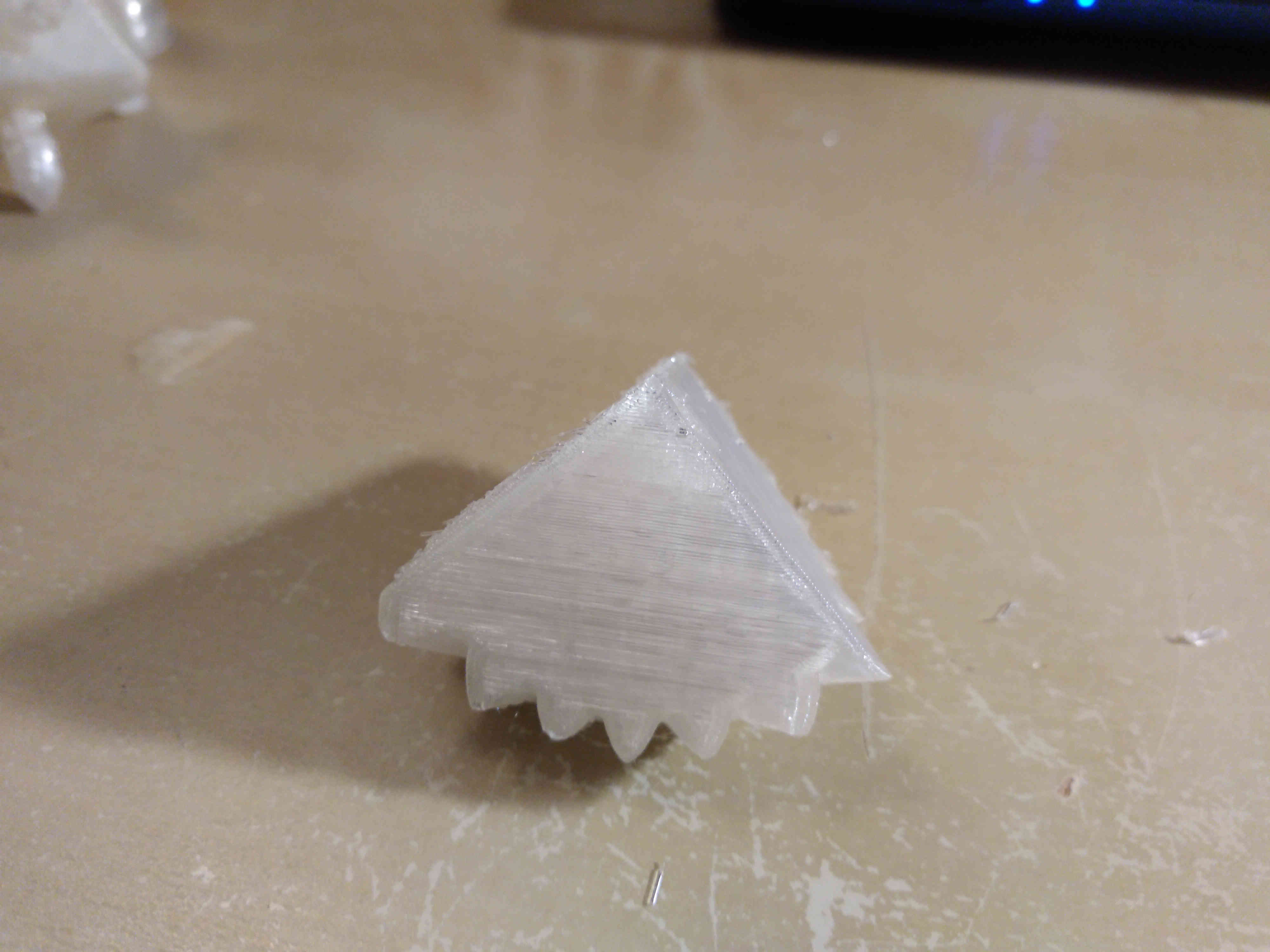 The whole model is the cube gear: 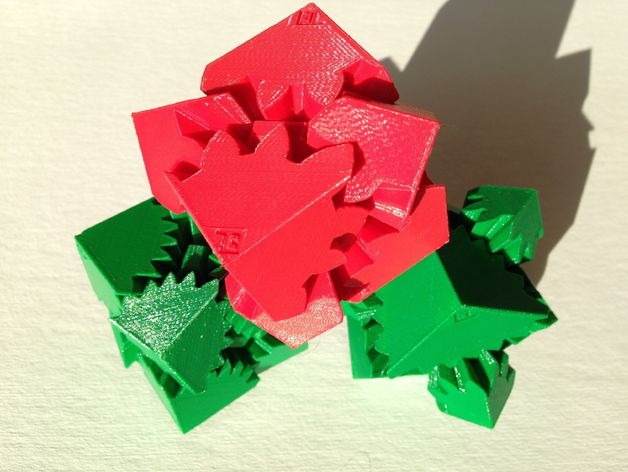 I checked the extruder multiplier coefficient parameter. The width of the filament is ok: 1.75 mm. The Y axis seems to be properly calibrated, and if it was the problem, I would expect it to fail before anyway. But I don't have any idea of what could cause that aside from that. And the problem seems to general and "quite" repeatable based on this print and some others (I do not guarantee the same height of failure, but...).

My configuration: I have a prusa i3, with a bowden extruder. It has a slight multiplication of the extruder size, because during my calibration, I noticed that not enough material was pushed. I also calibrated my Z axis as carefully as I could. So what could cause the problem?

During my prints, I also have a problem of small strings everywhere, that I didn't manage to solve completely with the hotend temperature, nor the withdrawal parameter set to 2 mm. And I don't have a fan blowing at the end object (I plan to add one eventually). And the bridge speed is supposed to go at 60 mm/s and non print move at 100 mm/s, thus fast enough I think to avoid strings.

Your printer basically has 2 problems;

The second problem is most probably the result of the first issue. Excessive stringing leads to a lot of material outside the print object, when this clutters, the nozzle could get caught up and cause hindering of movement of a certain axis to result in a shifted layer print as the printer is not aware of this shift, it will continue the print from the shifted reference point.

From your second experiment you see that a larger layer height does not show excessive stringing and the print has therefore not been hindered by caught-up material to finish the product without layer shifting.

It is key to solve the stringing issue; stringing is the result of filament being extruded by pressure build-up in the nozzle that "leaks" out of the nozzle on travel movement of the print head. You will probably not see this happening when you print a single product; it is typically seen when printing multiple objects on the build plate. This usually implies that the printer need to be properly tuned. It is up to you to find the correct settings; test print objects, like calibration prints, help you find these correct settings.

Once you optimized this, the stringing should be gone and the change of layer shifting should have reduced.

Not the answer you're looking for? Browse other questions tagged print-quality prusa-i3 calibration .