Why did my printer's nozzle dig itself into my print?

I just completed my first print on my Ender-3 and when the print finalized itself the nozzle didn't elevate itself to clear away from the piece. I watched as the nozzle slowly lowered itself into my print and destroy it. Here is the gcode generated by Slic3r used: 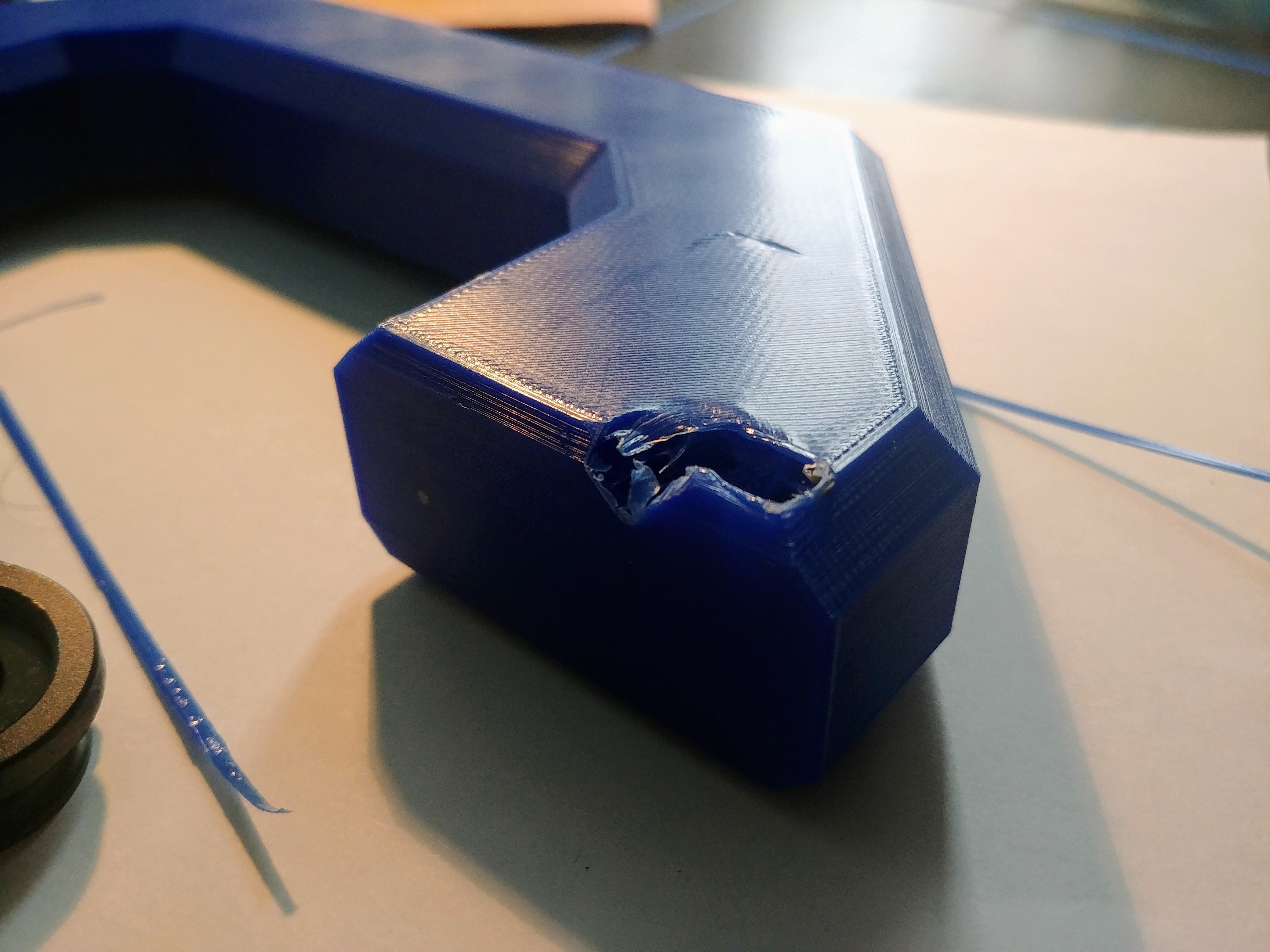 You are using incorrect commands in your end-code for the incorrect tool with respect to the print head raise.

Slic3r has no knowledge of the maximum printer height (as in variable max_print_height) because there is no input field to specify this, as can be seen in this partial screenshot:

However, in Slic3r PE (Prusa Edition), there is a possibility to enter such a value, as seen in the following partial screenshot:

Note that in both editions, the Bed shape interface is equivalent when Set... is pressed:

To use the raising of the head, respecting the maximum print height, in Slic3r PE, you need to add the following line:

This will parse fine in Slic3r PE, but not in Slic3r (as max_print_height is not known).

If you want such a command in Slic3r, you need to enter (for a printer with a maximum print height of 240 mm):

results in Slic3r for a 20x20x20 mm calibration cube with a zero z_offset to:

Your print end code should have read something akin to this:

The problem with your end code is the G90 for absolute measurements together with the formula G1 Z{z_offset+min(layer_z+30, max_print_height)}{endif} to set the height. The printer itself doesn't calculate anything. That what it doesn't interpret, it ignores, interpreting that whole thing as something crazy like G1 Z30 to force the printer to go to Absolute 30 mm above absolute 0. To fix it, your slicer would need to calculate {z_offset+min(layer_z+30, max_print_height)} for the printer - which seems to come out to 30mm above the print and then an if-statement that is not started anywhere.

Going up 30 mm can be much easier be done by staying in G91 ; relative measurements and calling G1 Z30 to go up another 30 mm, though this might be too high for the printer frame.

The same thing happened to me several years ago. My print was a fairly tall part for my delta printer, about 220 mm. In many previous prints, the print head would always go up after finishing, but what I didn't know was that the Slic3r finish print routine specified an absolute Z height of about 200 mm. When the tall part finished, the still-hot print head moved down and ruined the top of the print.

After figuring out that the routine had an absolute reference, I replaced it with a relative movement 20 mm up. It's worked fine since then. An easy fix.

Not the answer you're looking for? Browse other questions tagged g-code creality-ender-3 .

6
Move print bed to front at the end of a print rather than the back
0
Why use G29 during a print?
3
Nozzle height adjusting for every print
1
Gantry crashing into bed after print
5
Why is my Ender 3 restarting spontaneously in mid print?
2
Can't make Ender 3 V1 Level
1
Browsing and printing print files (G-code) stored in OctoPrint from printer's screen
1
Print turns into spaghetti on Ender 3 Pro