I've got several examples like the image below where the perimeter either doesn't bond to, or doesn't reach the infill. I tried adjusting the infill overlap parameter in Slic3r from its default of 25 % to 30 %, but it doesn't seem to have made a difference. This is on a new Tevo Tornado that's all stock + a Petsfang Bullseye cooler. 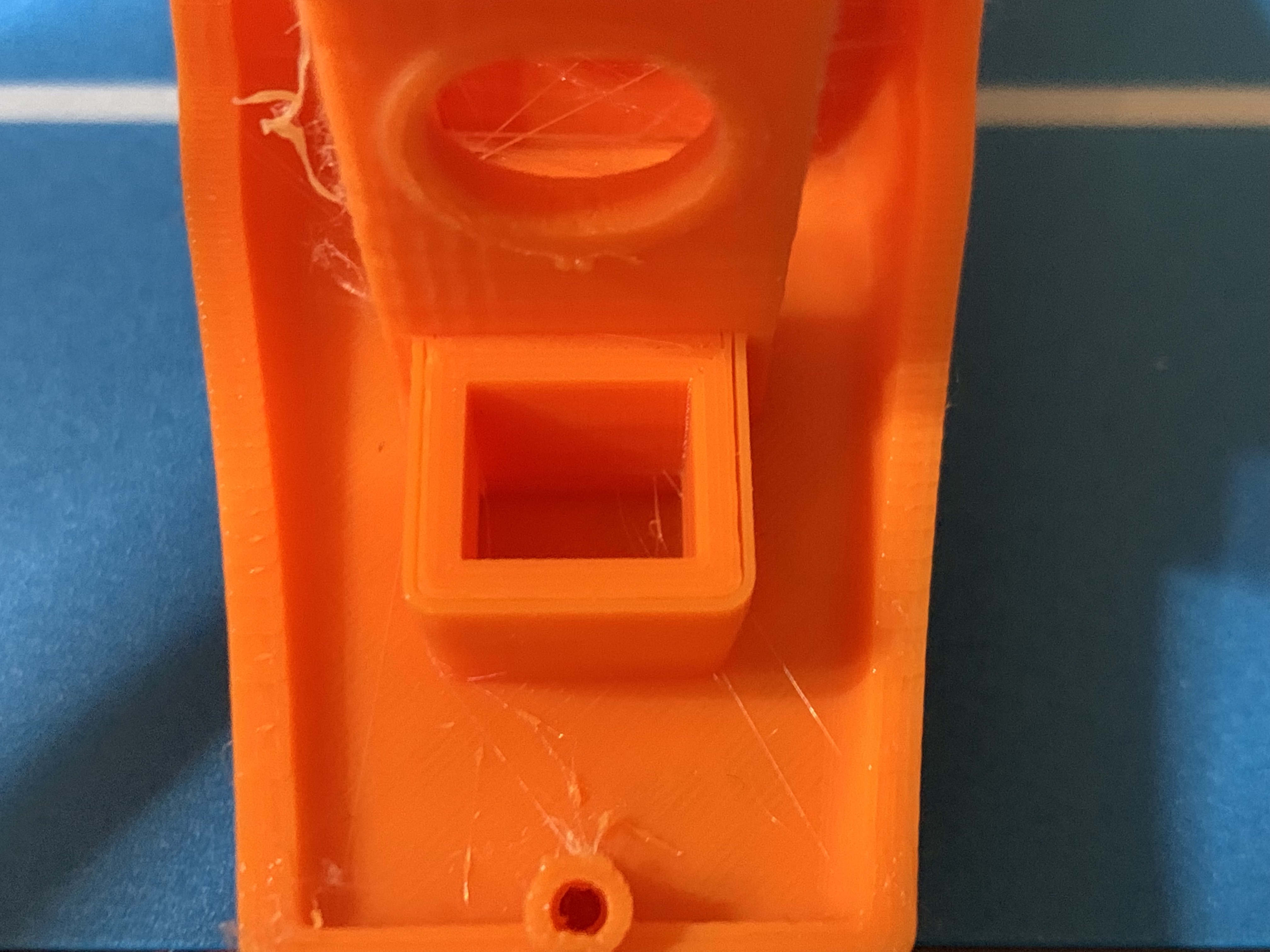 Neither speed variations, nor temp variation seems to impact this issue. I'm beginning to suspect that it's related to some sort of play in the Y-axis, as if you look at the defect in the picture, it's the most pronounced running north/south in the picture, which would be layers along the X-axis (meaning their relative position would be impacted by Y-axis movement instability). I'm replacing the leveling springs with PETG standoffs tonight (I have a BLTouch) and will try again then.

I tried 25, 30, and 50 % infill overlap as per a comment request, and that (50 %) seems to have improved another issue where the infill on a first layer would often not reach the perimeter shells. 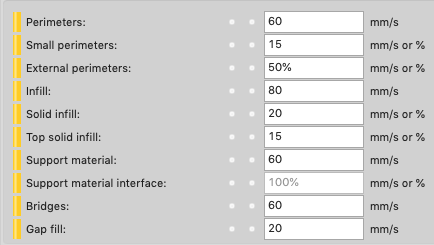 With no visible change in this outer perimeter behavior (the faster set of numbers is what I print with in general).

This has nothing to do with the infill overlap, the image you've added looks as if the issue is related to non-bonding perimeters (it looks as if it is in between the 2nd and the 3rd perimeter), hence infill overlap doesn't apply here. If that is the case look into this question.

I've had this same issue, the problem is that if the perimeters do not touch, this is most probably caused by insufficient filament flow which can be a result of a too high of a print speed (or too low print temperature) of the inner perimeters. This is frequently seen when printing PETG. PETG has a limited print speed, the PETG I use (premium brand) has a maximum speed value of 50 mm/s, your values are for some values over that value. That would be fine for PLA, but high for PETG, the question is not clear on the material used for this print (the hotend temperatures hint to PLA, the bed temperatures are rather high though).

If it is not related to the material being printed, these gaps are also explained if the positioning of the nozzle is not correct, e.g. caused by loose belts. This is supported by the comment on the first layer:

I had absolutely the same issue. And after some research I finally found that this is because of wrong pressure advance setting (In case of Marlin - linear advance) in the firmware. Without pressure advance (linear advance) will be more plastic at the end of the travel rather than at the start. As result the fast full infill will have uneven distribution of the plastic with more plastic close to the perimeters that usually produce rounded corners. The pressure advance makes it better and redistribute plastic flow more even with the speed however if you make this setting too big for your 3d printer and filament then this will result in what you can see on the picture with less plastic at the end of the travel. Basically too big pressure advance parameter will result in less plastic near the perimeters and especially near corners where change in speed happening.

7
What is causing the walls of my prints to separate?

6
White PLA prints frequently have rough sidewalls near top of the print
8
Getting started: shell passes not fusing in x/y, and a slanted wavy pattern on vertical walls
4
Extrusion is not continuous
3
Infill keeps "shoveling", but perimeters are fine
3
Visible lines along Y-axis on Ender 3 Pro
2
Top Layer/Solid Infill Bulge
2
Gaps between perimeter walls; potential under extrusion?
0
Problem with grid infill (line positioning)