CR-10 Layers not printing after certain amount of filament printed

I am printing on a CR-10 for the first time with white filament1. The problem is it seems that after a certain amount of filament printed one or two layers don't stick to the print which causes a huge gap in the end.

I think the pictures speak for themselves: 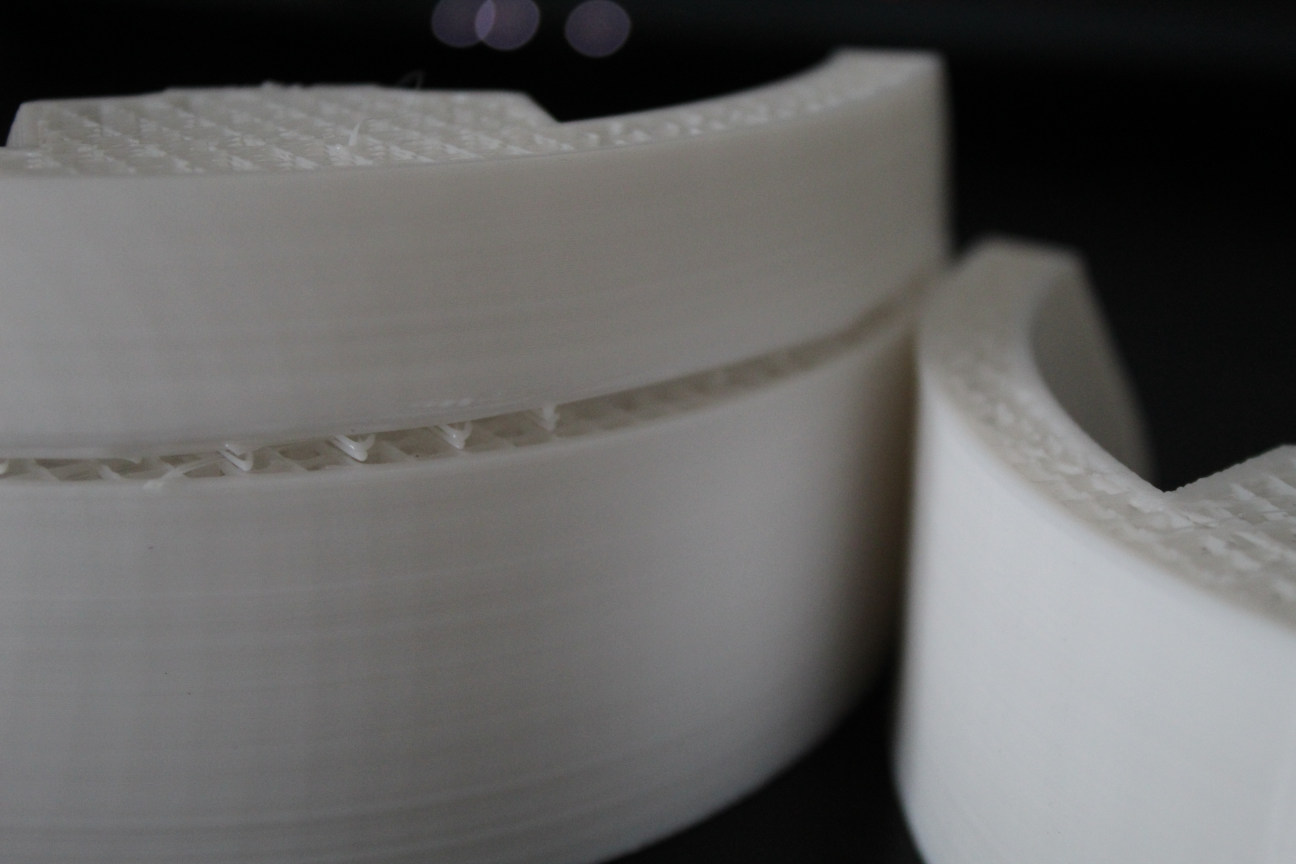 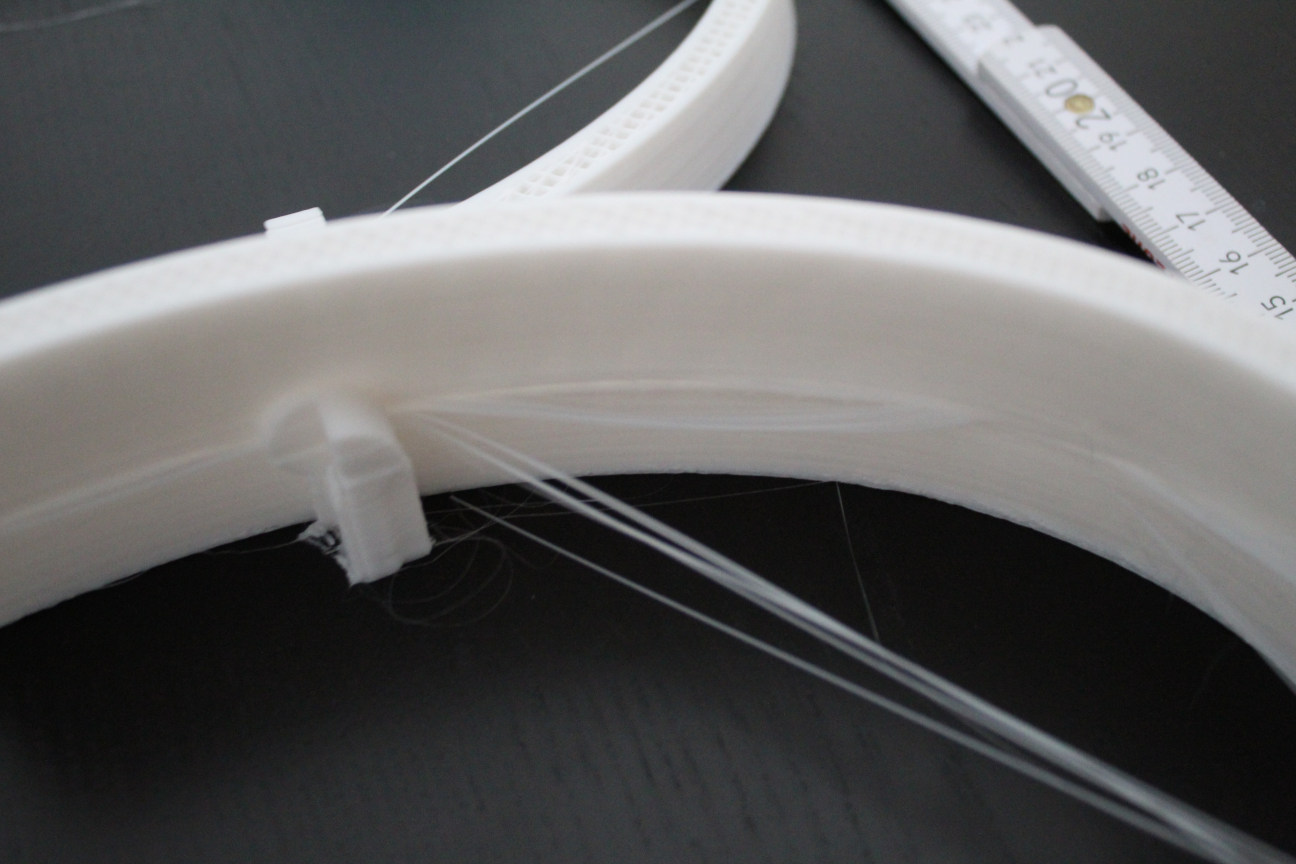 Here is what I already tried:

I tried this with two different models, two print attempts each. The gap occurs earlier in the larger model and at almost the exact same layer on both attempts, same for the smaller model.

The most frustrating thing about this is that it happens a few hours into the print so I can't just sit next to it.

It seems that at a certain layer the filament doesn't stick to the print anymore which causes those straight parts.

I ruled out a faulty z-Rod since the gap occurs at different heights.

I am printing White PLA from Janbex with 60 °C bed temperature. I slice with Cura 4.0 (the linux version).

1 I've been printing for over a year now, it's the first time I use white filament. I don't think that it is entangled filament since the spools from Janbex are always perfectly wound. It did occasionally happen with other filament too though but not this often. I have a theory that it might have something to do with the geometry of the model since there were a few very close hard edges at that height. Maybe the filament didn't have enough time to cool down on those spots. I'm trying to print with lower layer height (0.15 now, 0.2 earlier), maybe that will make a difference...

If the problem occurs at same height I would focus on the Z axis, in particular the gantry and its rollers. Try to remove the Z axis screw and feel if the you can slide the gantry up and down with ease, in particular if it gets harder to slide at roughly the height where the problem occurs. You can use the eccentric nuts to adjust the rollers preload and make it slide smooth. Next on my checklist would be the screw: verify there is no issue on the screw at that height, the Ender 3 is renown for having a Z rod issue due to misalignment between the motor and the nut on the gantry. While writing another idea came to my mind, but I'm sure already checked that: the filament is not clashing or being clamped somewhere when it reaches that height, right? A filament guide would generally exclude that...

5
Why are my prints so defective?
2
Print is not properly laminated at certain height
4
Under-extrusion after a certain amount of successful layers?
4
Lower Layers are messy
4
Prusa i3 MK3S 3D printer PETG printing problems
0
Models are printing with a scratch on the side
2
First layer prints too thin causing gaps everywhere
1
Filament spreading apart and stringy on first layer
2
Top Layer/Solid Infill Bulge
3
3D printer is not printing as well as it used to