I've seen questions about (like What is stopping us from mixing 3d filament colors in an Extruder?) and some solutions for mixing filament colors/materials at print time for multi-color printing, but my question is different: Are there any (affordable) commercially available devices, or DIY/homebrew solutions, for taking 2 or more 1.75 mm filaments, mixing them in proportion, and extruding back as 1.75 mm filament for use in a printer?

In principle it should just take N extruder drives fed a the right proportional rates, one of the multi-input hotends, a 1.75 mm extrusion nozzle, and another drive to pull the extruded filament at the right rate to keep the diameter stable. But I'm curious if anyone's tried and tuned this. Another approach might be taking a hotend made for 3 mm filament, drilling the nozzle orifice out to 1.75 mm, and feeding 3 pieces of 1.75 mm filament into it at once (size seems to match pretty closely).

My interest in this is that I mostly print small things, and it takes months to go through even a single kg of filament, so it's impractical to buy and keep around a bunch of different colors. I'd also like to be able to experiment with mixing flex PLA and plain PLA to get a material with a lot less plasticizer, so that it's not flexible, just less brittle.

Shredding into pellets and measuring out ratios is too much overhead to make it worth it. The key part of the question is doing it direct from filament to filament.

OK, it just turned up on Thingiverse that someone has demonstrated a trivial machine to do exactly what I asked for: any FDM printer.

Its sounds crazy, but it works! This technique will allow you to create one offs, and to color match your 3D-prints.

It works by changing the filament (and the color) of your filament while printing, and this causes a multi colored filament, that can be printed again to archive a homogenic-color. 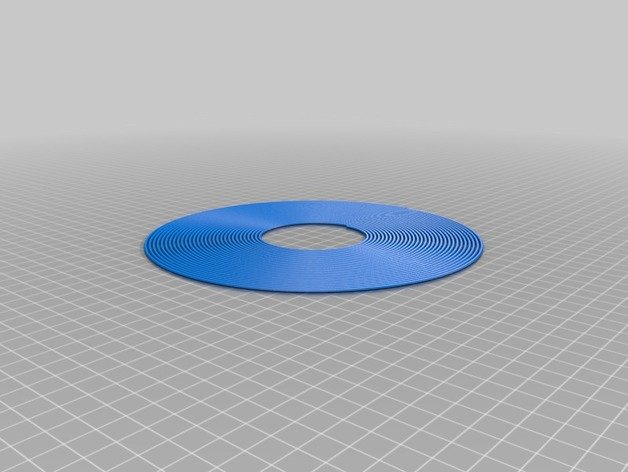 Source 3D-Printable Filament! -Print Your Own Filament for Multi-Color!, with demonstration video.

I'm in the process of trying this and it looks promising! The filament: 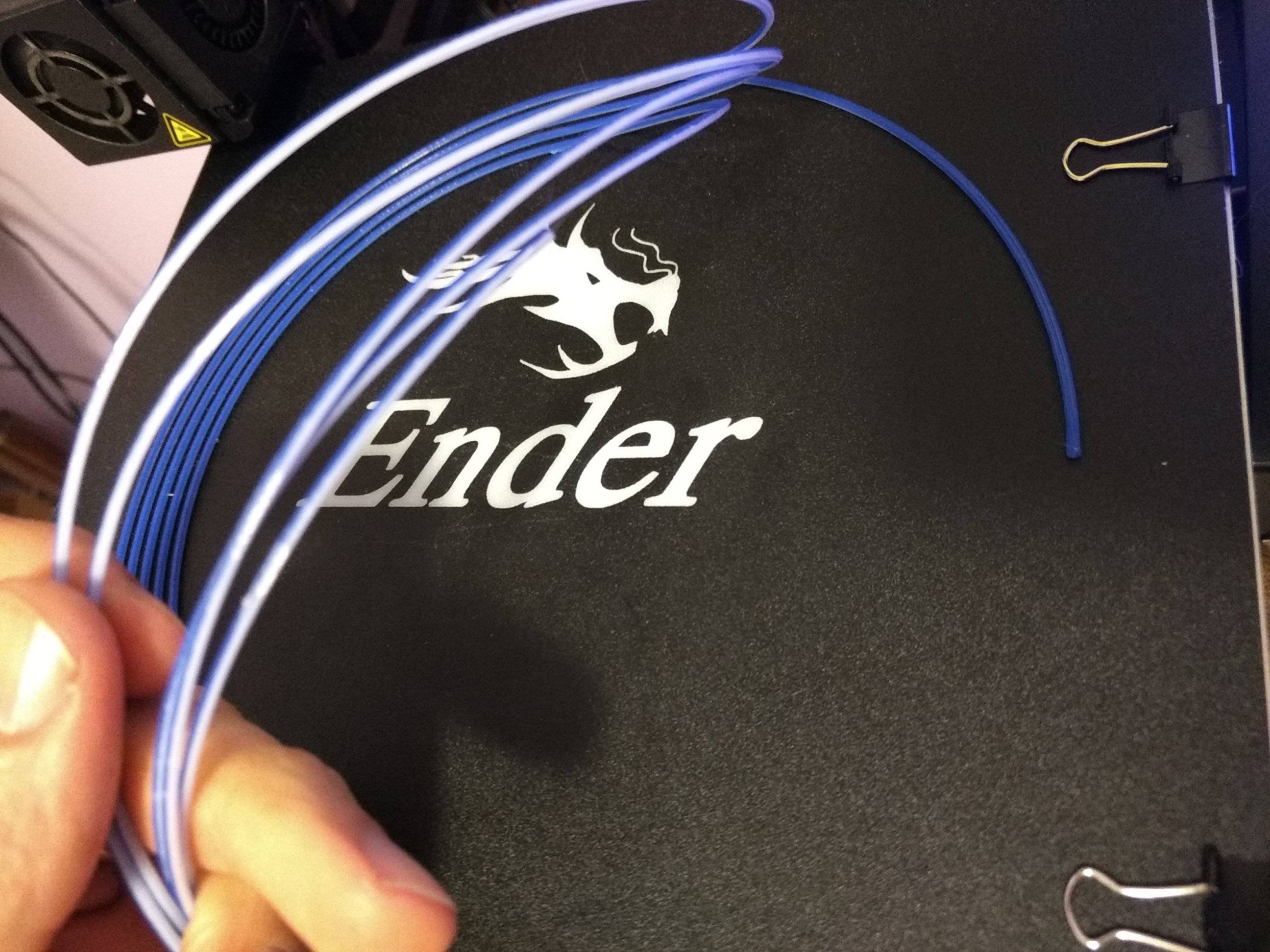 measures 1.65-1.75 mm in diameter and feeds and extrudes cleanly. 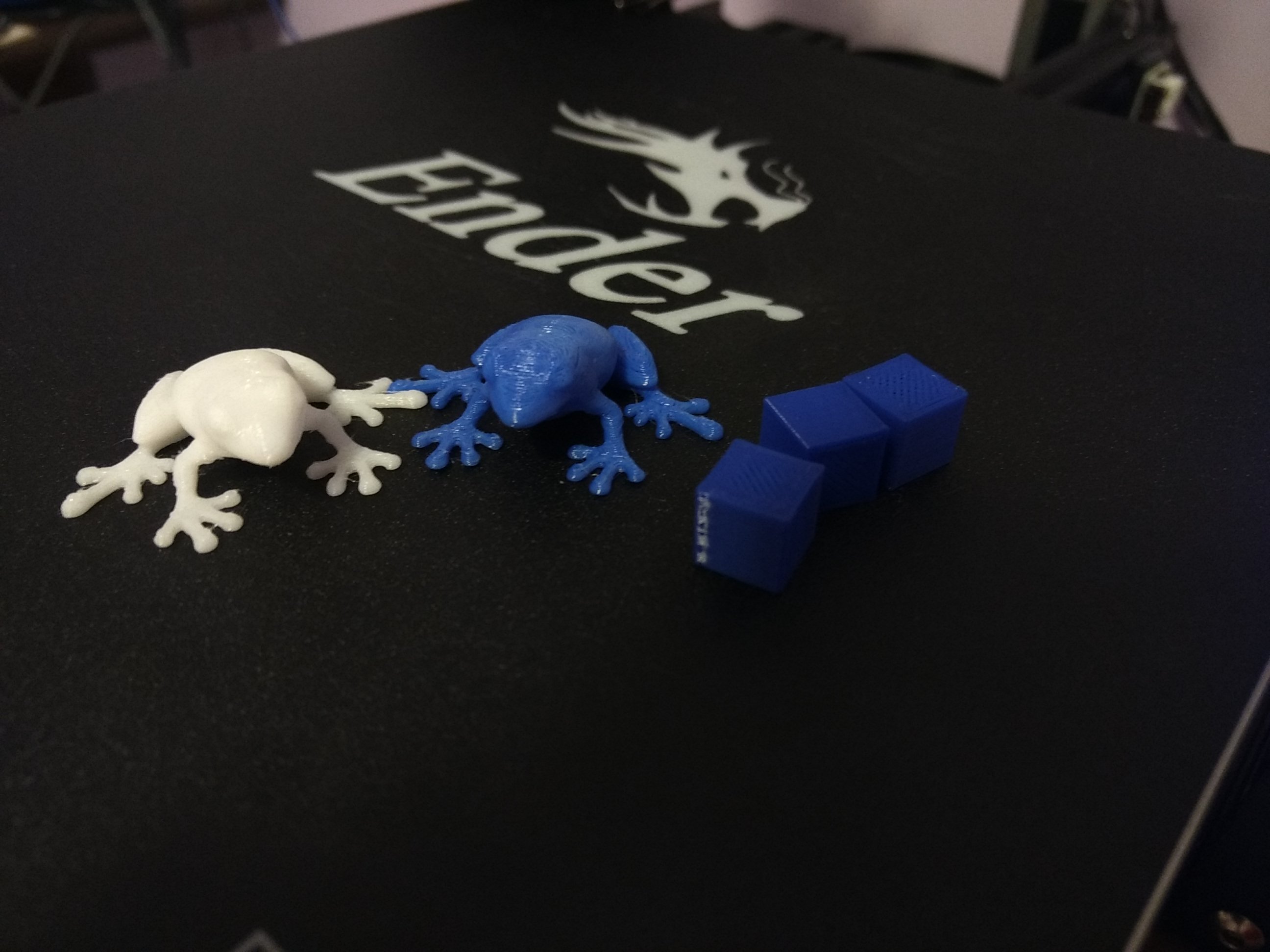 came out somewhat underextruded, but decent, with uniform mixing of color. Mixed filaments were white flex PLA and blue regular PLA, and the plasticizer seems to have mixed as expected too, but the print feels brittle due to underextrusion still. I suspect with some tuning of flow printing the filament, very good results could be had.

On further inspection, the brittleness/underextrusion seems to be somewhat localized, so it likely comes from inconsistent diameter/density of printed filament. This actually seems consistent with what I saw from the slicer output for printing the filament: there were regions at +/- 45 degrees (+ or - depending on layer) in the spiral where it seems like wall gaps differed and extra gap fill material did or didn't get printed. This could be a slicer bug but it seems more likely it's a bug in the model, and I'd probably do better to recreate it myself in OpenSCAD...

Making your own filament

Theoretically, this could be done with any filament producing equipment by taking the two filaments and shredding them into pellets and feeding them to the machine in the right mix for the color you want. Industrial setups like a Filabot are heavy, large and expensive though.

Luckily, hobbyist filament making setups exist. They vary in price and quality but can achieve ok to good results, if you tinker with them a little. Among the kits that I have seen to work is the Filastruder, but there are also DIY instructables that cost less than 200 $.

If you are good with mechanics, you might design a feed mechanism that pushes the part filaments with known feed rate into a cutter to pelletize the filament in the wanted amounts to each other, creating a homogenous mix over the length of the filament.

As an alternative to self-made pellets to mix in the hopper for the filament maker, one can use shredded waste prints/support structures. After smashing the material to rough chunks, using a blender to gain evenly sized small chunks of 1-2 mm, the stuff should be small enough to feed through the hopper without a problem. the blender also would take care of proper mixing and could take raw filament to mix with used ones.

Mixing in the hotend

Mixing filaments in the hotend would need a specialized hotend with two feed ends into the melt zone and two extruders that push the filaments with the same feed rate. The modification of the feeding system would be extensive and demand a custom firmware.

Not the answer you're looking for? Browse other questions tagged extruder color filament-production or ask your own question.

15
What is stopping us from mixing 3D filament colors in an Extruder?

10
Conversion of 3 mm ABS filament to 1.75 mm
36
How to recycle filament material from printed parts?
6
What type of plastic can be used to produce your own filament?
13
Making your own filament
9
What and how much does coloring in the filament affect in the print?
5
How does the Filament production process work?
15
What is stopping us from mixing 3D filament colors in an Extruder?
4
Extruder keeps jamming because of filament dust!
8
Geeetech Prusa i3 Extruder seems to push more filament, gear slips/skips?
0
Is 'natural' colored filament equally brittle compared to white filament?