What is causing these strings in the overhangs?

I am consistently getting these strings in the overhangs on models that folks say they are printing without supports. Can anyone tell me what is causing them and what I can do to fix them? 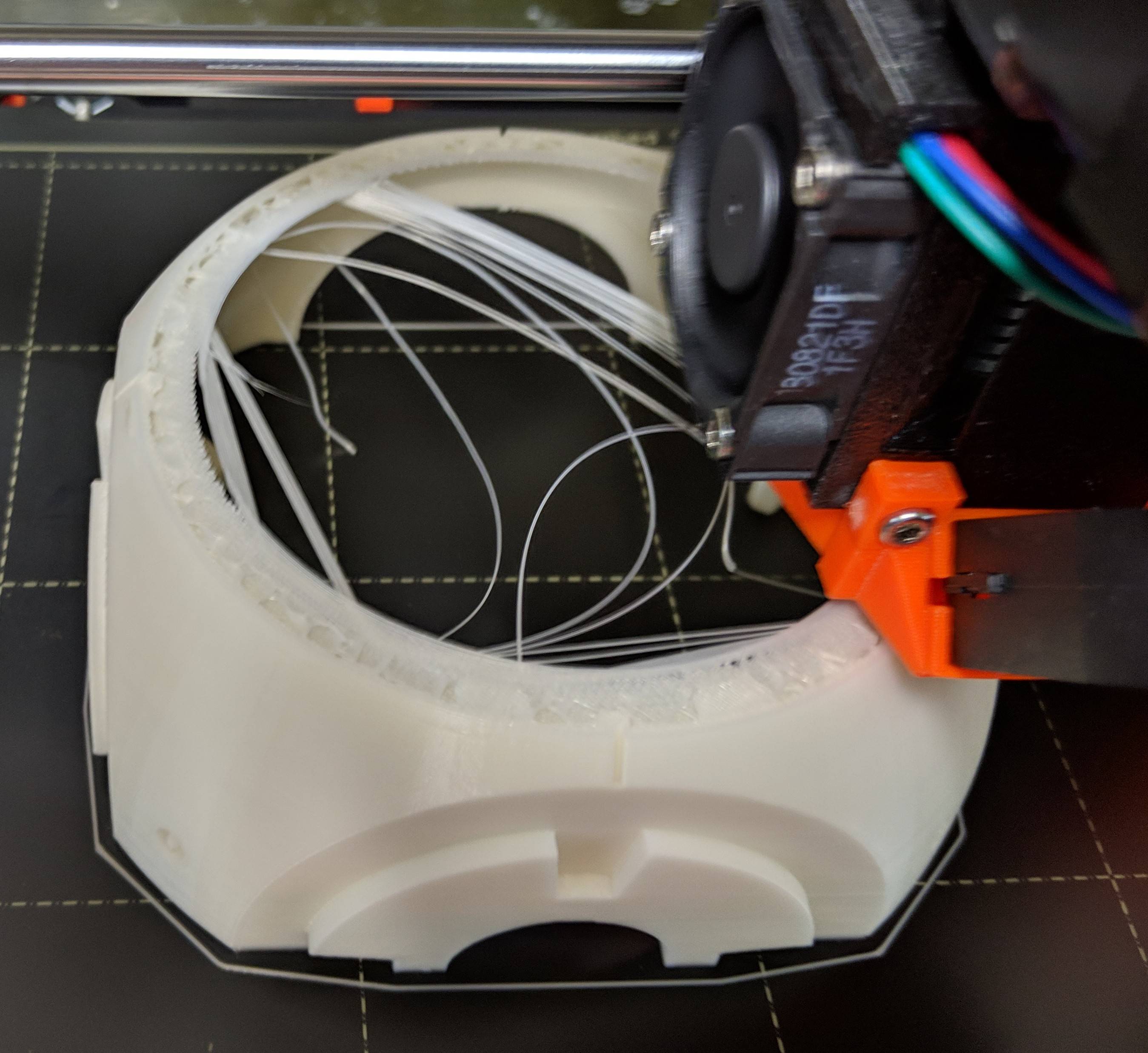 While this looks a lot like stringing, it's not what I would call stringing. I usually reserve that term for material that should never have left the nozzle to begin with, due to insufficient or missing retraction or excessive compression of the filament between the extruder and the nozzle. The "strings" you've shown look like desired wall extrusions that did not adhere to the adjacent walls in the same layer or to the previous layer.

This is common when printing concave perimeters that are overhanging, due to a combination of minimal-to-no contact with previous layer and acceleration of the nozzle away from the previous wall in the current layer. Sometimes under-extrusion can also be a factor.

You can often mitigate this by:

All three of these will also help if under-extrusion is part of the underlying cause.

If you can't get any of this to work, using supports is always an option, but spherical (as opposed to flattened) domes generally "shouldn't" need support to print.

You did print overhangs without supports. I have printed a Thermal Detonator for StarWars day (May the 4th be with you!), which is pretty much an empty pair of domes. To ensure that the upper layers stay up, I have activated support starting at 40°, and it came out perfectly fine. Without support, the lines would have had nothing to hang on and sag down like in your print.

Not the answer you're looking for? Browse other questions tagged prusa-i3 pla or ask your own question.

1
Prusa i3 jerking during printing
6
Why are my prints so defective?
6
Why 3d print has an ugly surface?
5
Step motors vibrate, don't move at all (Prusa I3)
5
How do you assure that you print layers that bond correctly?
6
Support material first layer adhesion issues
3
Makerbot Replicator (5th generation) poor print quality
3
Is this articulated Turtle print failing because of over extrusion on a Taz Workhorse?
4
Ender 3 Pro Filament extrusion problems
1
Problem printing circles/holes on Anycubic I3 mega