I have one *.xyz file (from a laser scan) that I wanted to mesh and create a 3D printable file.

I saw some YouTube videos from Meshlab and try to follow the steps explained in the video, 3D Laser Scanning - Meshing Point Clouds in Meshlab;

When I reached the step: "Remeshing, Simplification and Reconstruction I discovered that "Surface Reconstruction: Poisson" does not appear in my Meshlab (V2016.12).

I search on web to see if I could use another modelating method, but everybody said the «Poisson» method is the "one"!

I have two questions:

Same menu, different location in the sub-menu (at the bottom): 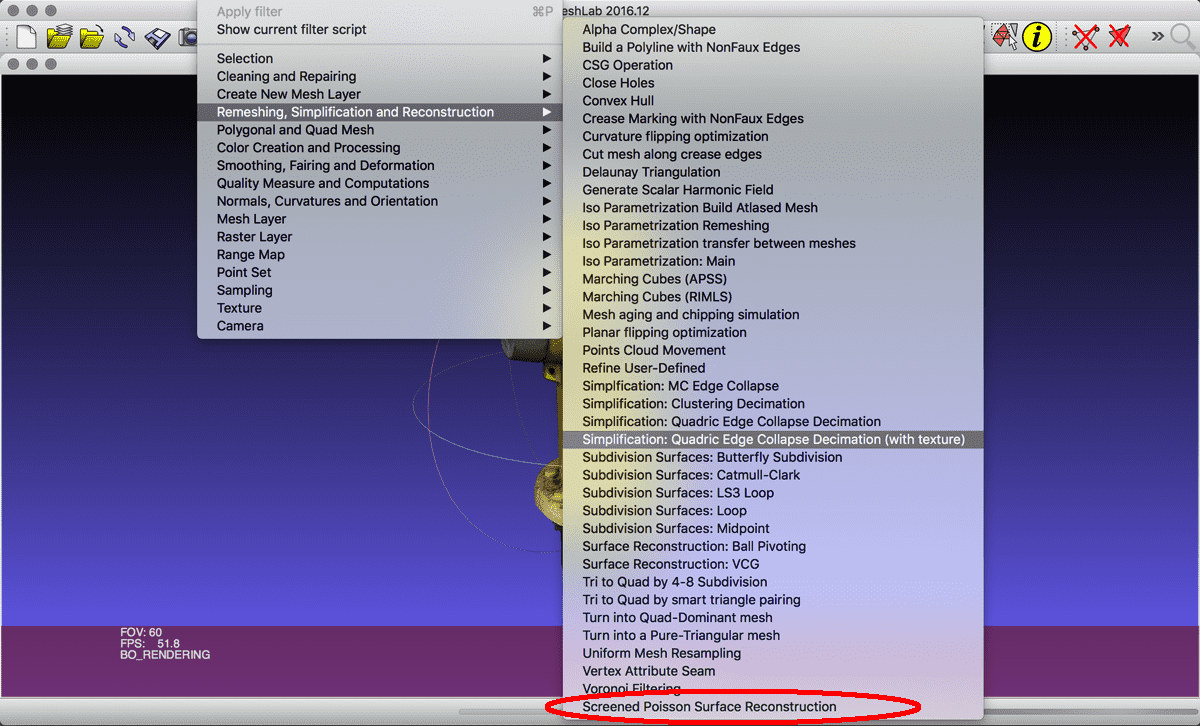 As T.M. states in their comment, see Poisson mesh reconstruction on StackOverflow:

MeshLab 2016 now uses the new version of the Poisson merging, and the filter is called:

it is in the same submenu, on the bottom. The relevant parameter (octree depth) is called Reconstruction Depth. It is now possible to merge multiple layers at once, without flattening them beforehand (as before). If source layer(s) have color, the result will be colored too. If you want to have the same result of the old version, put 0 in the "interpolation weight" parameter

18
Open Source 3D scanning
3
Adding points to a point cloud
3
How to use a BLTouch or equivalent touch probe to 3D scan objects with a 3D printer?
0
Laser 3D scanner is used in the movie to scan a key: technically possible?